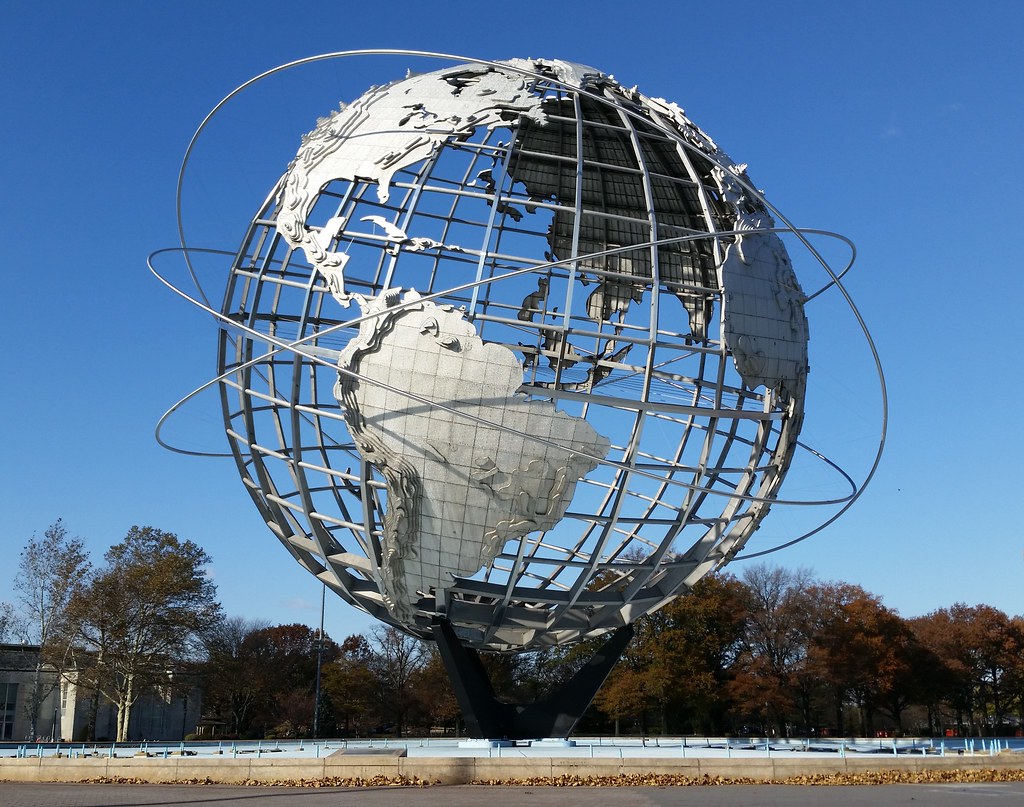 The Unisphere, which we've already seen a few times, was the centerpiece of the 1964-65 World's Fair here at Flushing Meadows. A nearby plaque reads: