The Four Winds and the Seven Seas 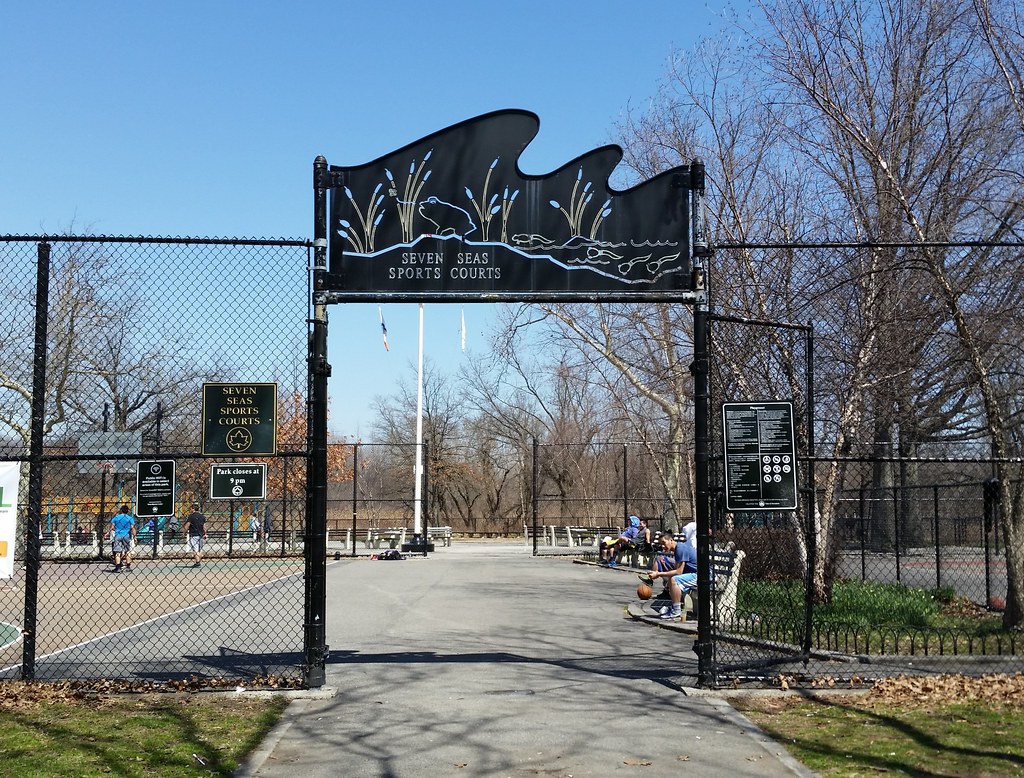 I didn't see any signs indicating this, but the playground that contains the Seven Seas Sports Courts is apparently called Four Winds Playground. Henry Stern's fingerprints are all over this place, from the unusual names (that are likely a reference to an old song — wouldn't be the first time) to the animal art above the entrance.

I don't know why Mr. Stern would have picked these names for this place in particular; perhaps they're just a general nod to the international character of Queens.