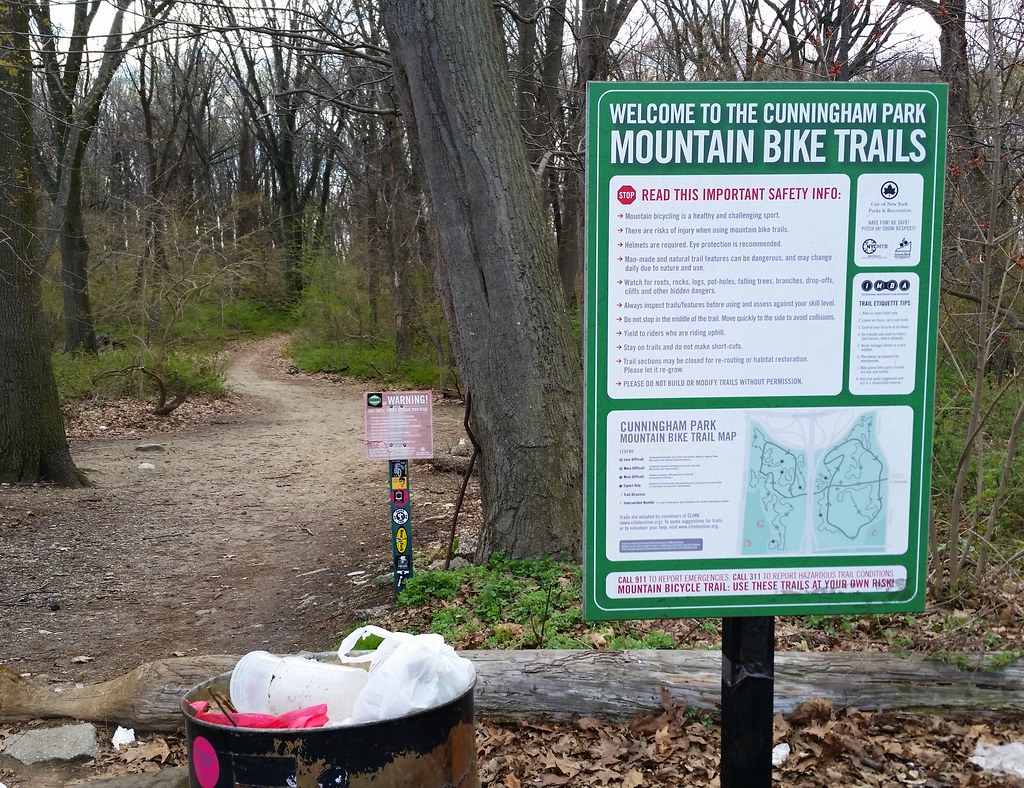 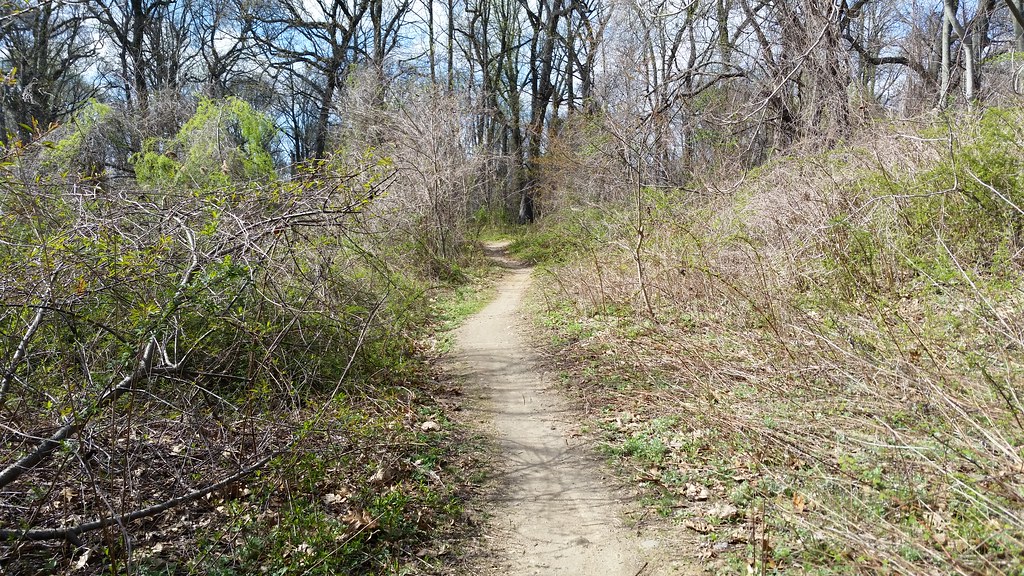 Queens's Cunningham Park is one of three city parks with mountain bike trails, the other two being Highbridge Park in Manhattan — whose trails I passed back in the early days of this walk — and Wolfe's Pond Park in Staten Island. According to the NY Times, all three sets of trails are in areas that "were de facto dumping grounds before volunteers did some heavy lifting, both in persuading the city to allow the mountain biking and in actually removing discarded tires, refrigerators and stoves."

(While we're on the subject of biking in the woods, I should also mention the now-ruined bike course that once stood on the North Shore of Staten Island, a glorious, homemade wooden track hidden inside a thin strip of trees along the waterfront.)