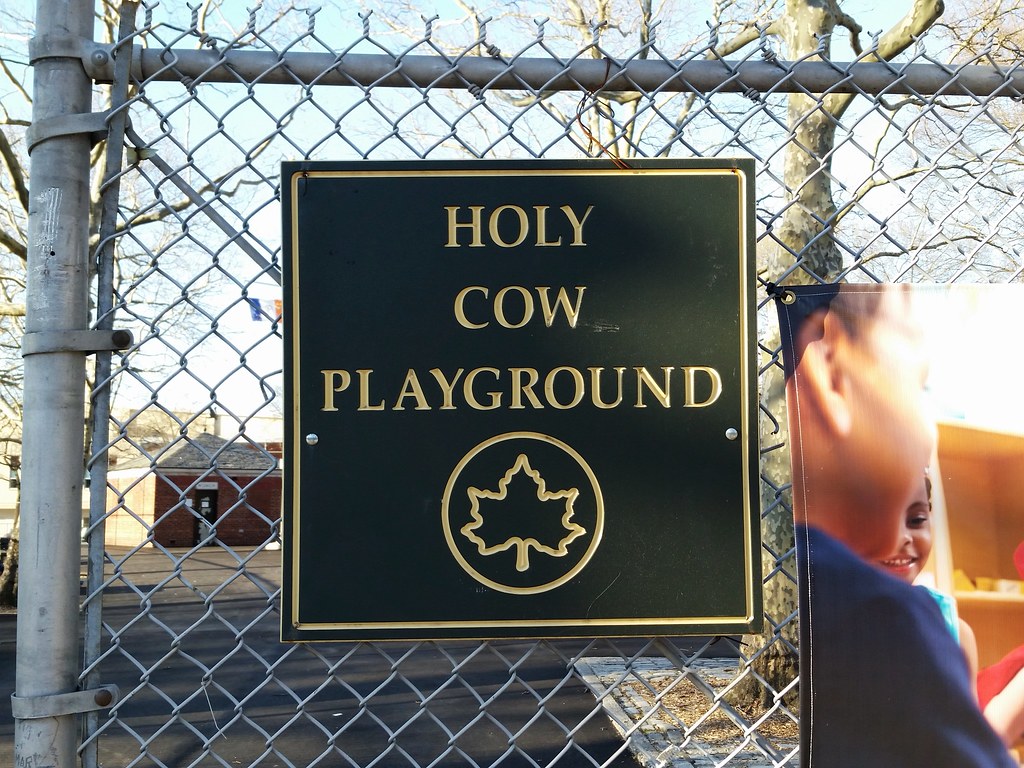 The name of this playground, which was bestowed upon it during — obviously — Henry Stern's reign as Parks commissioner, pays tribute to Phil Rizzuto and his well-known catch phrase. This is now the second Parks property we've seen named for the former Yankee shortstop. The first was Richmond Hill's Phil "Scooter" Rizzuto Park, the center of New York's avian speed-singing scene.