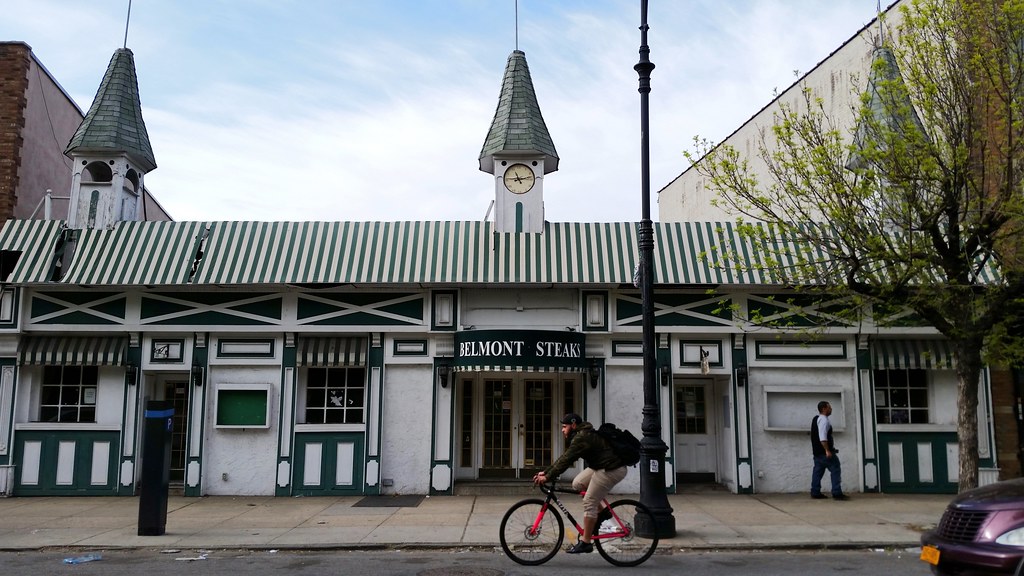 As Kevin Walsh of Forgotten New York points out, this restaurant may have been named for the Belmont Stakes, but its spires seem intended to evoke the grandstand at Churchill Downs, home of the Kentucky Derby.

In comparison to the nearby Glendale Diner, the Village Voice described Belmont Steaks in 2003 as "a costlier, fourtysomething divorcée-magnet". The place has apparently been closed since 2012; perhaps there weren't enough fourtysomething [sic] divorcées in the neighborhood to keep it afloat.