Men in Black and Blue on White 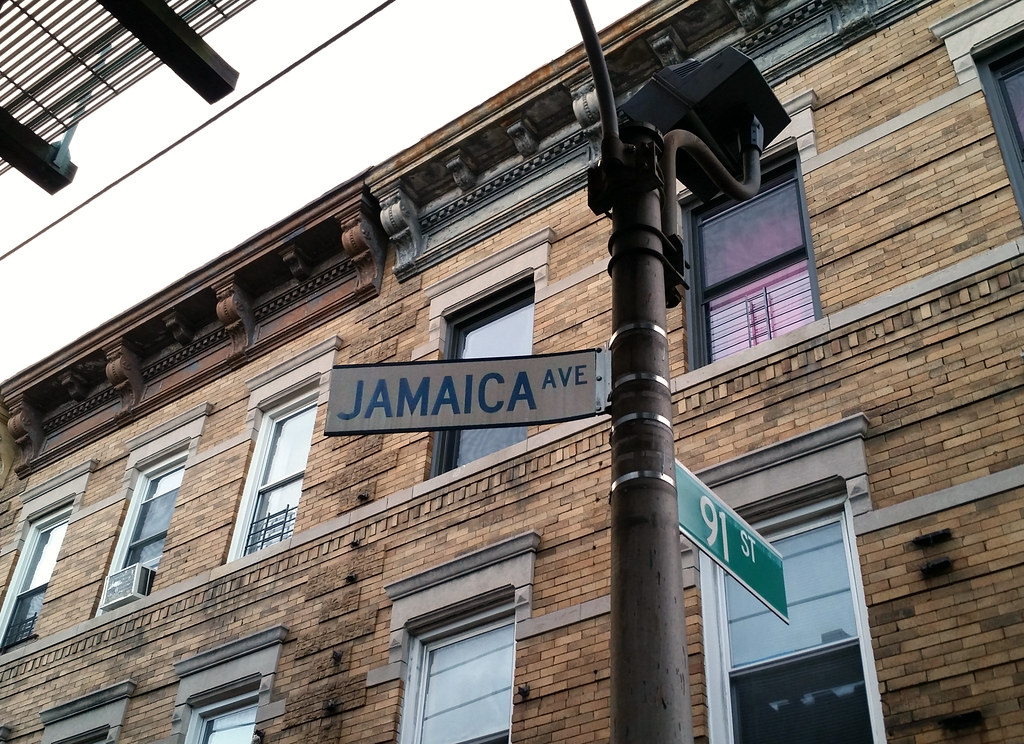 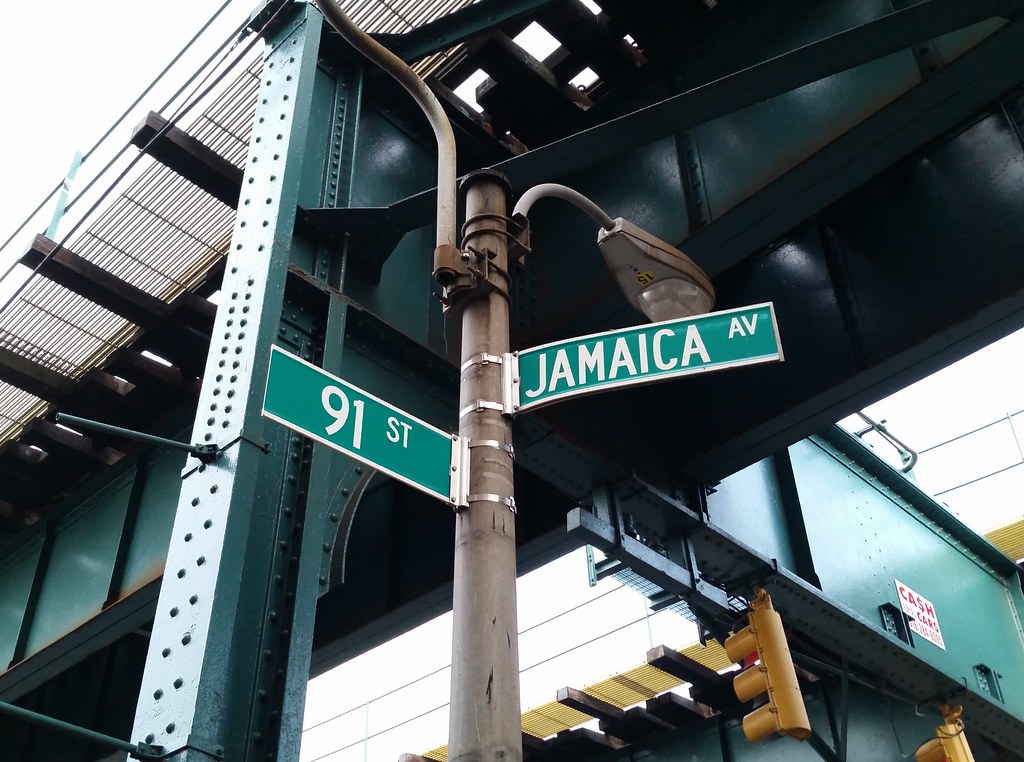 It's only rarely that I come across a surviving street sign from the days when each borough had its own color scheme, before white-on-green became the citywide standard. But what makes this sign particularly odd is that it actually appears to be two signs — one old and one new — mounted side-by-side on the same pole. And, even weirder, it looks like the old sign is the more recent addition. This 2009 Street View image shows a white-on-green sign where we now see the blue-on-white one.

It turns out that the older-looking sign was one of several that were stuck onto existing white-on-green signs in 2011 for the filming of a chase scene in Men in Black 3. The scene took place in 1969, hence the attempt to replicate the appearance of that era's street signs. While I imagine that the city must be pretty strict about requiring any altered street signs to be restored after a movie shoot, the Jamaica Ave sign above was not the only one left in place by the film crew.

I don't know if any footage of this area made it into the final cut, but you can see some shots from farther east on Jamaica Avenue, near 113th Street, in this video about the chase scene. (These signs are visible around 0:22, and these are easily spotted at about 0:25.) In case you're wondering about the geography of the chase: They start out in Flushing Meadows Park. After hanging a right at the Unisphere, they're in Downtown Brooklyn all of a sudden. They pass Borough Hall, then turn and somehow end up on Jamaica Avenue, beneath the elevated subway tracks.