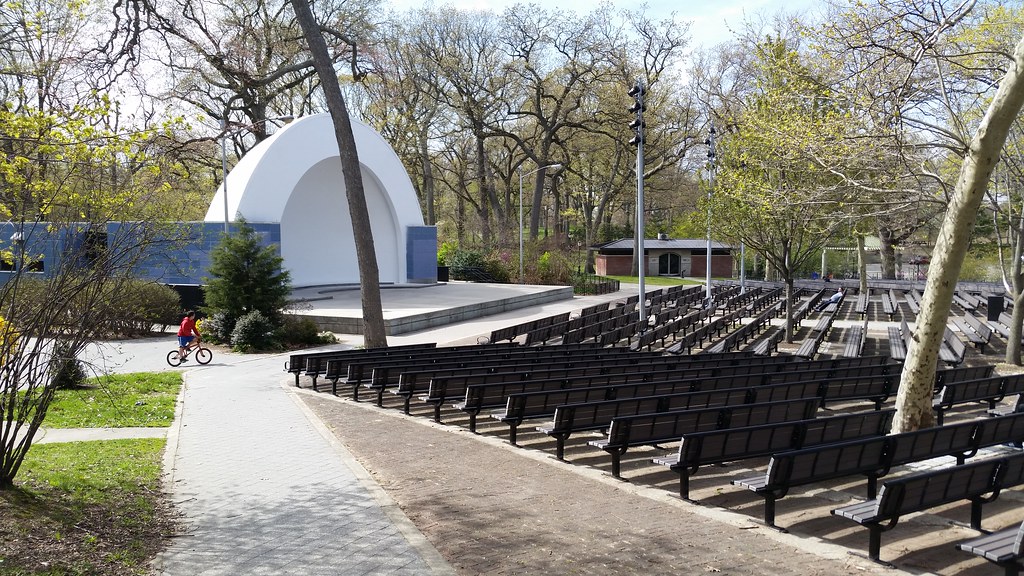 This bandshell in Forest Park is named for George Seuffert Sr., who "became a music teacher and concert violinist before establishing the Concordia Military Band in 1894, later becoming the Seuffert Band. They performed on a bandstand on this spot until 1920, when the bandshell was built to replace it."

George Seuffert Jr. took over the role of bandleader from his father in 1931 at the age of 19. For decades before his death in 1995, he and the band regularly gave free summer concerts here at the bandshell.

George Jr. also served as the music consultant to five mayors, from Lindsay to Giuliani. In addition to organizing the city's free music programs, he "reportedly knew all the world’s national anthems, and was responsible for performing them at diplomatic functions for the city." He earned a salary of $1 per year in this position, but he never bothered to collect his paychecks. In 1994, to rectify the situation, Mayor Giuliani ceremoniously presented him with a check for $29 — 29 years' worth of back pay.