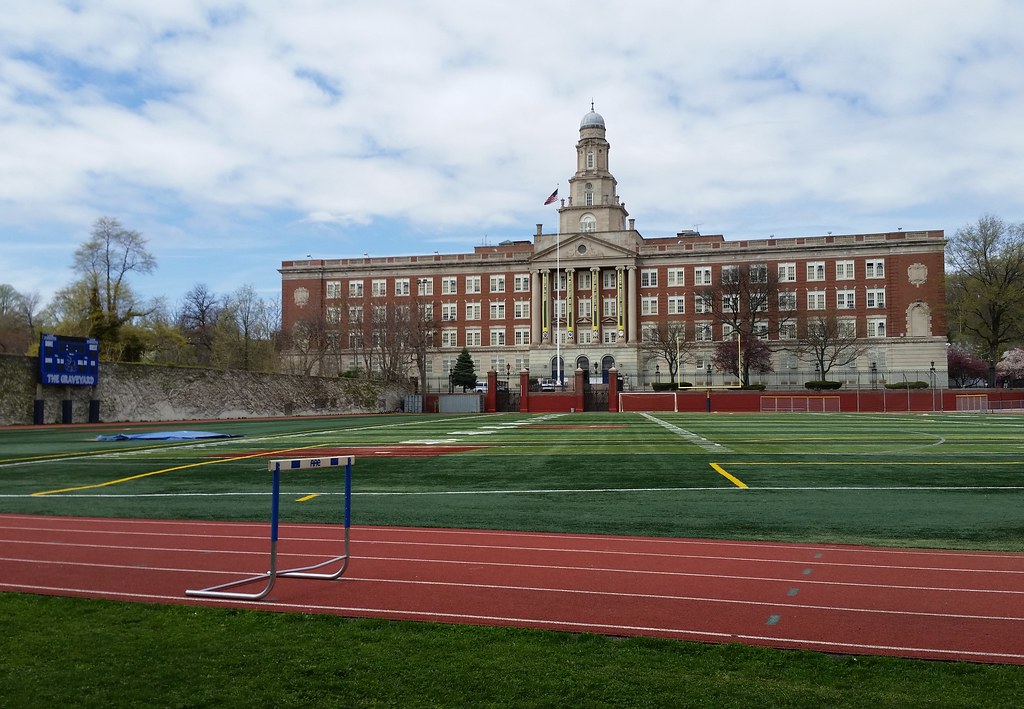 This building opened in 1937 as the new home of Franklin K. Lane High School. The vast majority of the school is located in Brooklyn, but the easternmost part of the building (at right, above) lies in Queens. According to the city Department of Education, it's the only two-borough high school site in NYC, although that's not true: John F. Kennedy High School sits on the Bronx/Manhattan border. If you zoom in on the scoreboard at left, you can see that the athletic field is apparently called "The Graveyard", undoubtedly a reference to the cemeteries that abut more than half of the school's perimeter (aerial view).

Notable Lane alumni include Red Holzman and Alfred Kazin (author of A Walker in the City), as well as drop-outs Richie Havens and John Gotti. Lane graduated its final class of seniors in 2012; like some other large, struggling high schools in the city, it has been phased out and replaced with a number of smaller schools that now occupy its former building.

But let's get to the important stuff. Here's a picture of one of the building's urinals. I found this photo at urinal.net, which is 1) a real site, and 2) even more wonderful than it sounds. Check it out if you're interested in perusing the "largest collection of urinal photographs ever assembled".