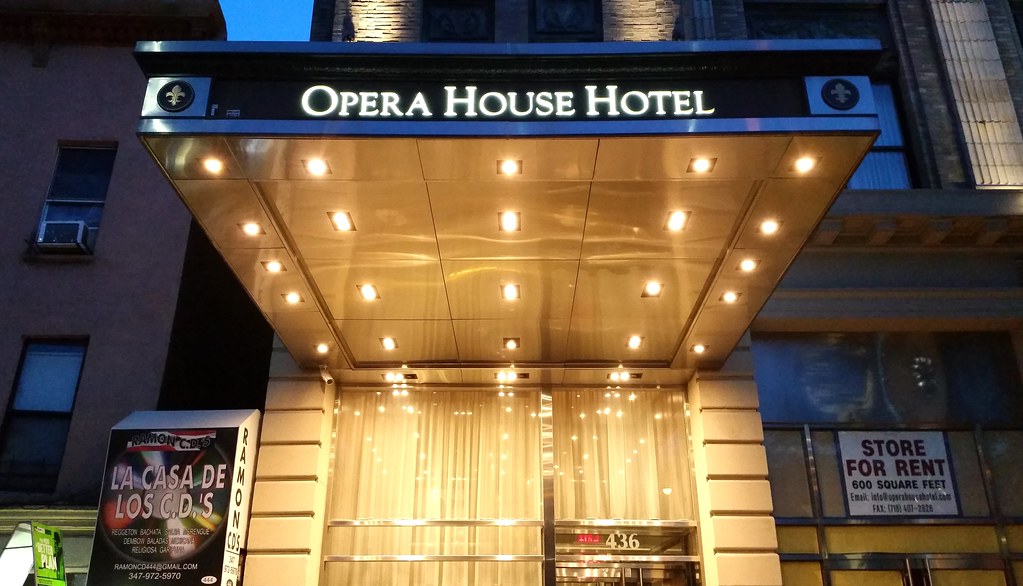 This boutique hotel occupies the former Bronx Opera House. According to the hotel, the old theater "hosted some of the top performers in the history of show business, including Harry Houdini, George Burns, John Bunny, Peggy Wood, John and Lionel Barrymore, and Eddie Cantor."

UPDATE: The Opera House Hotel briefly gained notoriety a couple of months after I walked by when it was determined that the hotel's rooftop cooling tower was the source of an outbreak of Legionnaires' disease that killed 12 people in July and August.