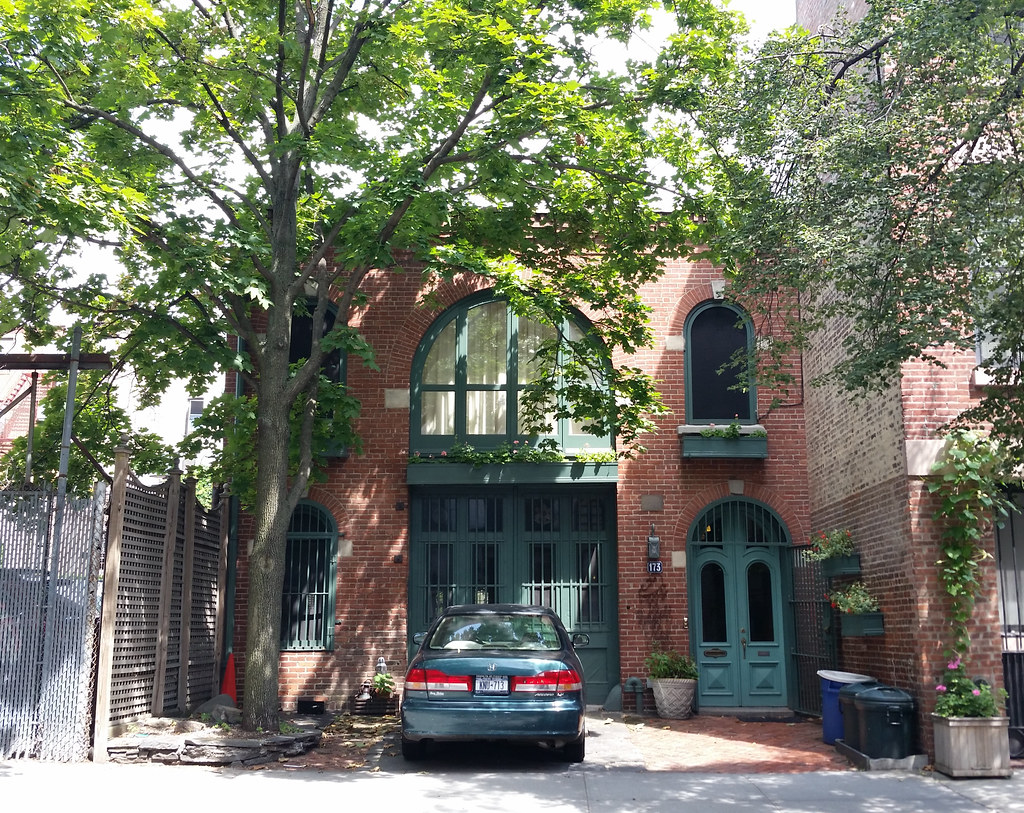 The city's Landmarks Preservation Commission calls this "a handsome converted stable in the early Romanesque Revival style of the 1860s." A 1983 article in the NY Times says the stable was built in the 1830s and had its Romanesque facade added in 1870. Also from that Times article:

The owners of the house, Richard and Dorothy Turmail, said that between 1915 and 1920 it was used to house zebras when what is now the Ringling Brothers and Barnum & Bailey Circus was in town. "The animals were brought in by train," Mr. Turmail said. "They arrived at the Flatbush Terminal and walked up Atlantic Avenue. The building next door held the elephants."

You can see some present-day photos of the house's interior here.