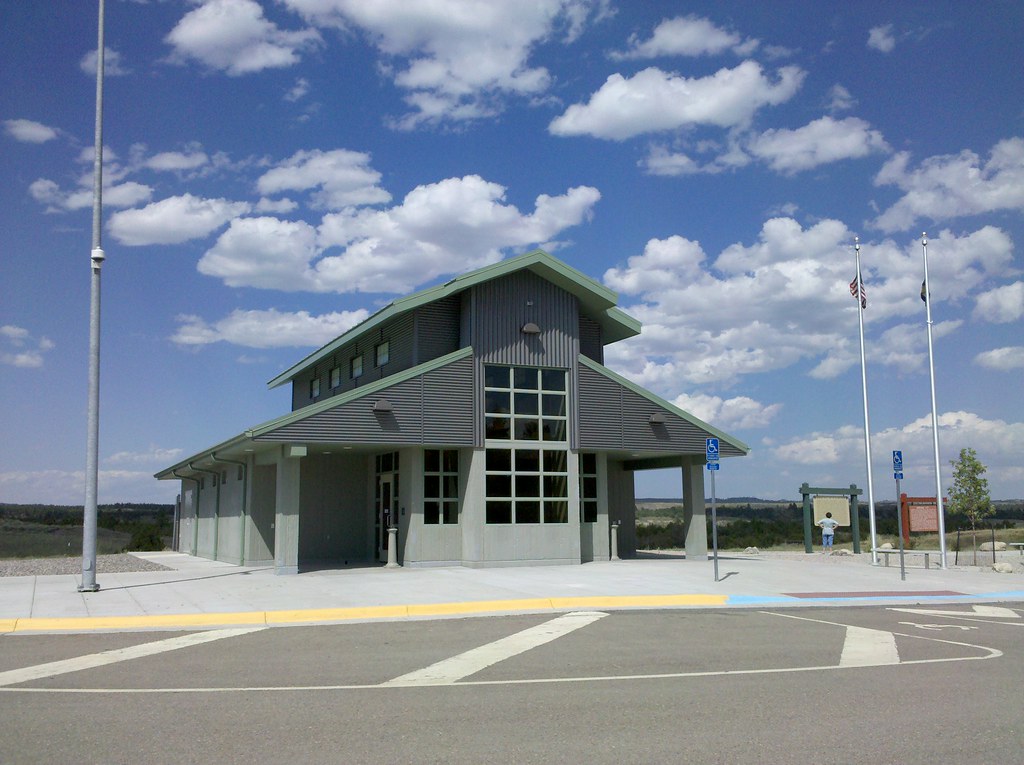 Or so this rest area is called by locals, who say it "sticks up like a gob of manure on a pitchfork", according to one woman. I don't think it lives up to its name*, though. It definitely seems out of place in such a desolate area, but it's really not much larger than an average Interstate rest area. It does have individual bathrooms (four for each sex), which allow for more privacy than one would expect at a rest area, but, on the other hand, it doesn't have any vending machines. And it was running on a backup generator when I was there, so the water fountains weren't even working. All in all, an underwhelming experience.

* Speaking of its name, I thought of three other possibilities: Taj Mahead, Taj Mahole, and Taj Mastall.