A day without pavement 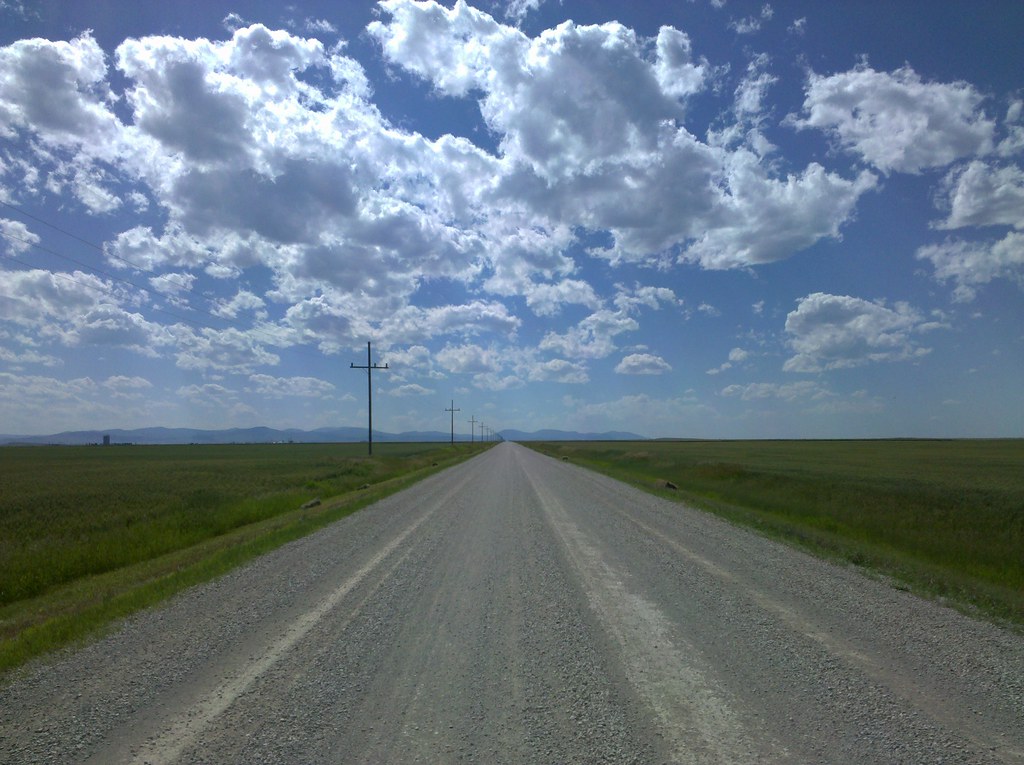 After the quiet gravel roads of North Dakota, the high-speed truck and RV traffic on Highway 200 has been somewhat jarring to me. So it was quite nice returning to the solitude of gravel for today's walk, although my shoes and wheels may beg to differ.