The Lincoln ranger station was closed 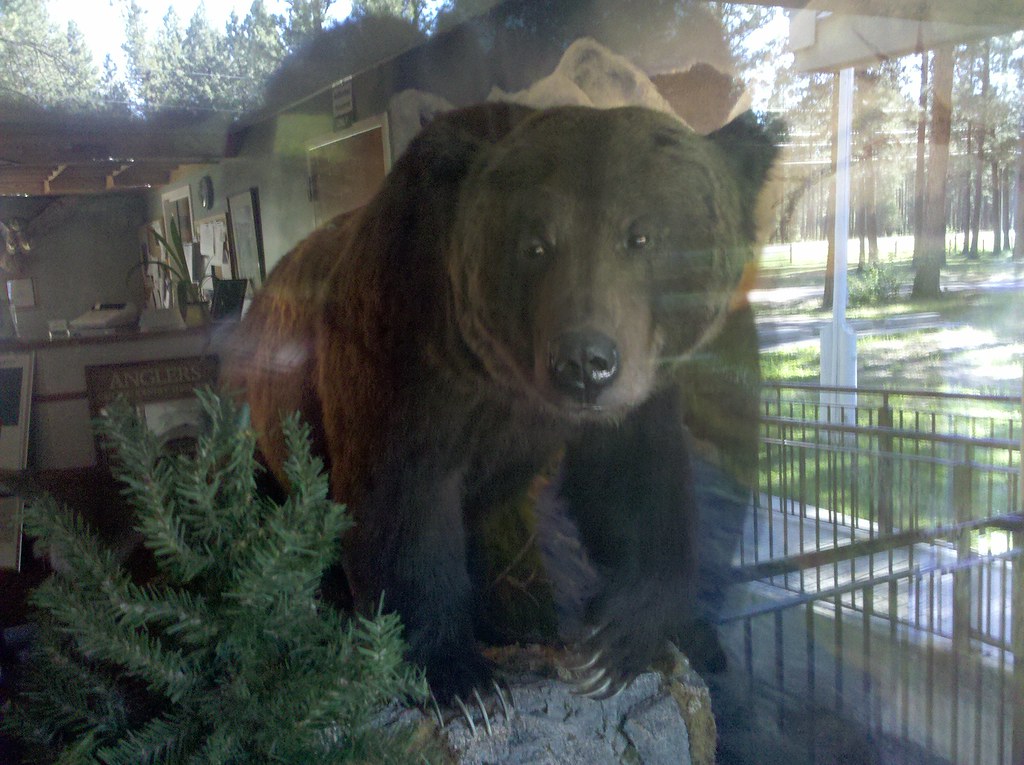 But I could still peek through the window at the grizzly bear exhibit.