Our Lady of Lourdes grotto 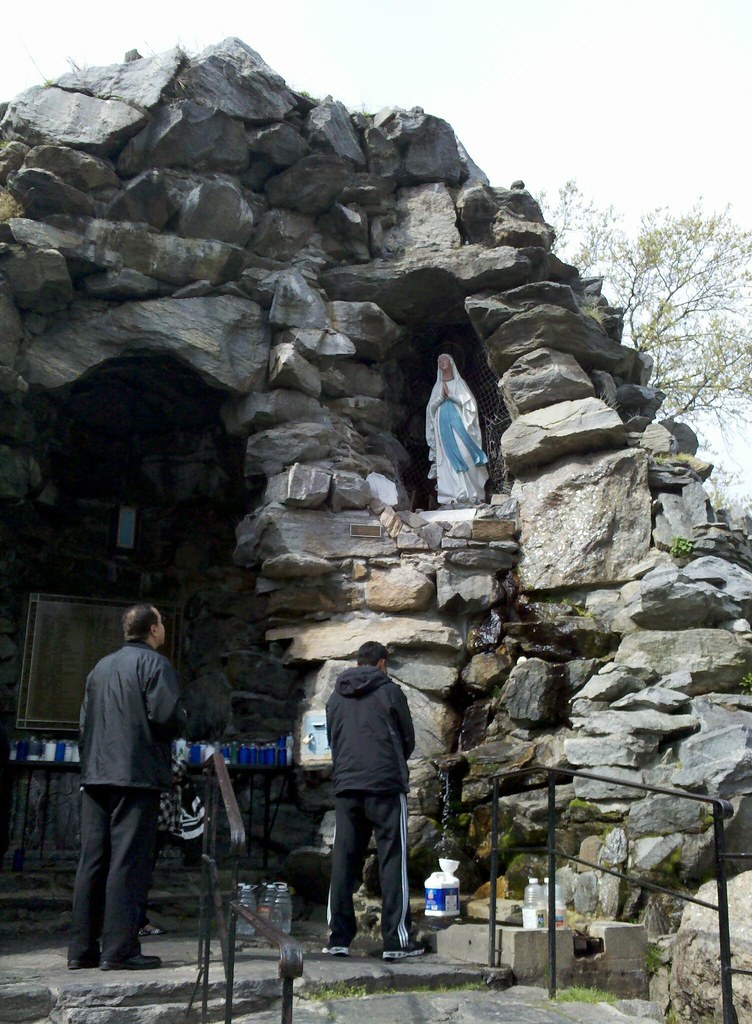 This grotto, built in 1939 at St. Lucy’s Church in the Bronx, was inspired by the famous 1858 Marian apparition near Lourdes, France. The spring waters flowing from the French cave are widely claimed to have special healing powers, and many people believe the artificial spring here in the Bronx, whose source is NYC tap water (which is something of a miracle in its own right, flowing into the city from distant mountain reservoirs, powered only by gravity), possesses those powers as well. It's not unusual to see people, like the gentleman on the right, filling up several large jugs of water (yes, the one currently under the stream is an old kitty litter container) to take home with them.