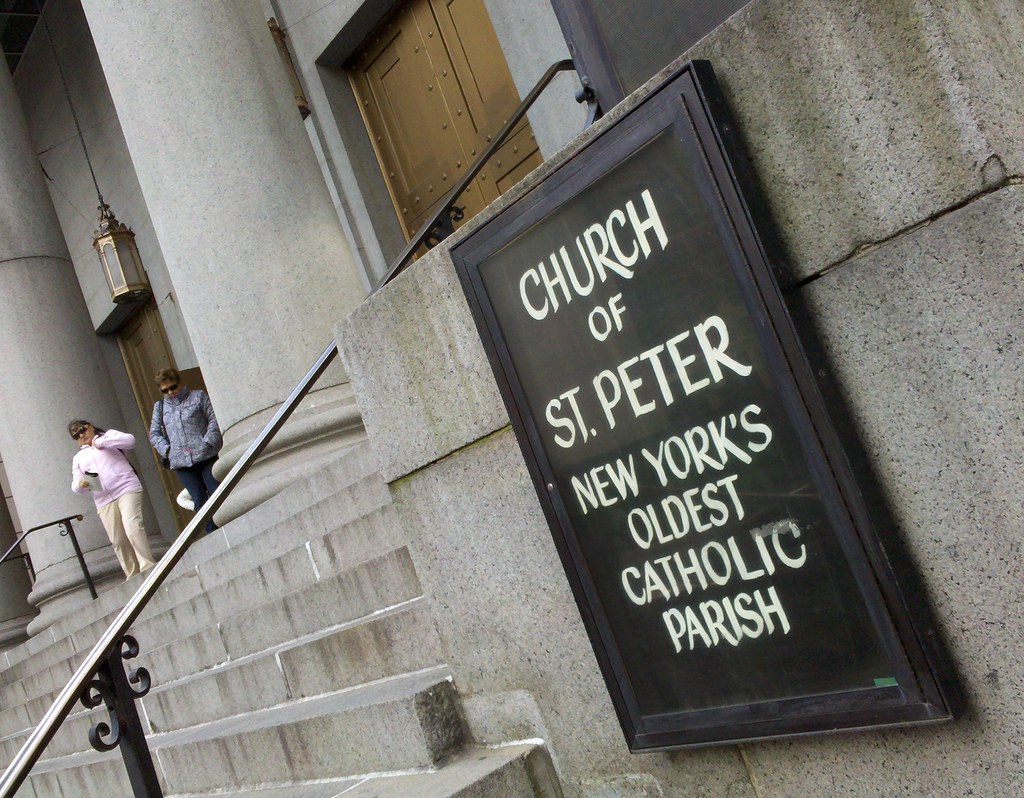 St. Peter's is the oldest Catholic parish in New York (though not the oldest surviving Catholic church building), and the church's founders faced some very familiar-sounding discrimination in establishing their parish back in 1785. The first American-born saint, Elizabeth Seton (whose family's former land we've walked across), converted to Catholicism at St. Peter's in the early 19th century, and, almost 200 years later, Father Mychal Judge was laid before the altar here after being killed by debris from the collapse of the South Tower of the World Trade Center.