A bounty of basil 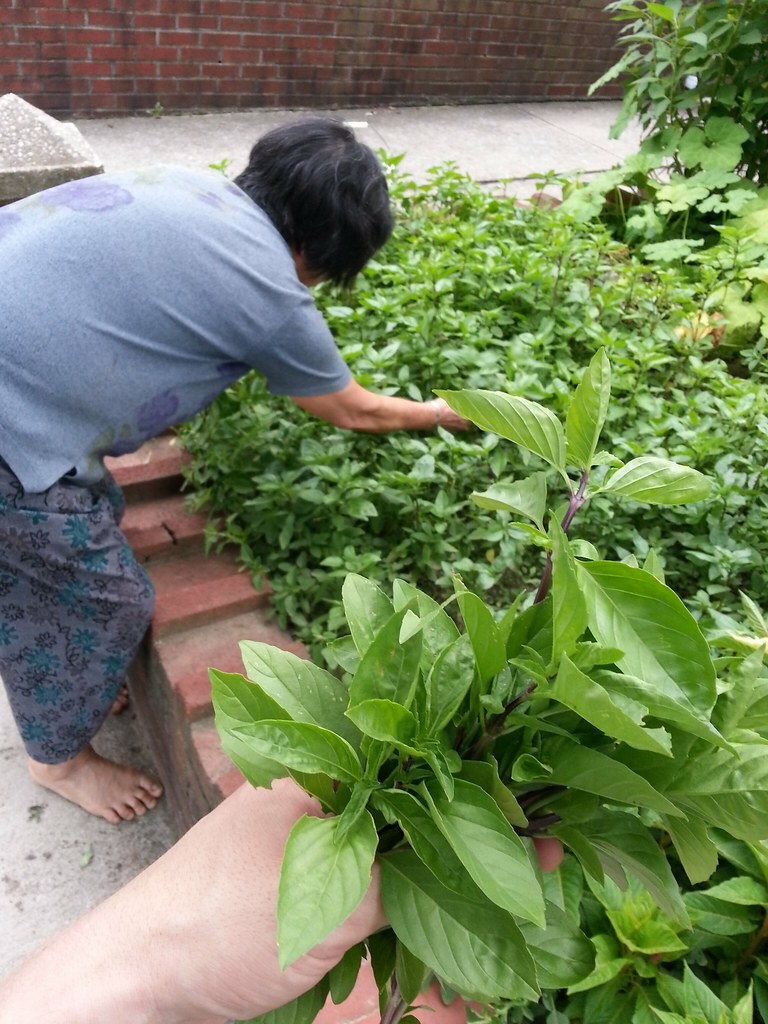 As I passed by this woman's house, I asked her if that was Thai basil growing in her garden. She nodded yes, pantomimed an eating gesture, and pointed at me. I thought she just wanted me to taste it, so I picked off a leaf and popped it in my mouth. Apparently she meant for me to take more than that, though, because she came over to the garden and began pulling off stalk after stalk and shoving them into my hands; I already have a generous bundle here, and you can see she's still going back for more.

It was quite tasty, but I wasn't sure what to do with that much Thai basil. I ended up giving half of it to an Indian guy who called out to me as I walked past his house: "Hey, what's that in your hand?" I told him and offered him some; he smelled it and accepted nonchalantly, as if he regularly acquires surplus produce from strangers strolling by on the sidewalk.

I still had the other half in my hand when I got back to the racecourse at the end of the day, so I gave it to the chefs to use in the runners' meals. I like the idea of them being fed by the same neighborhood that consumes them.