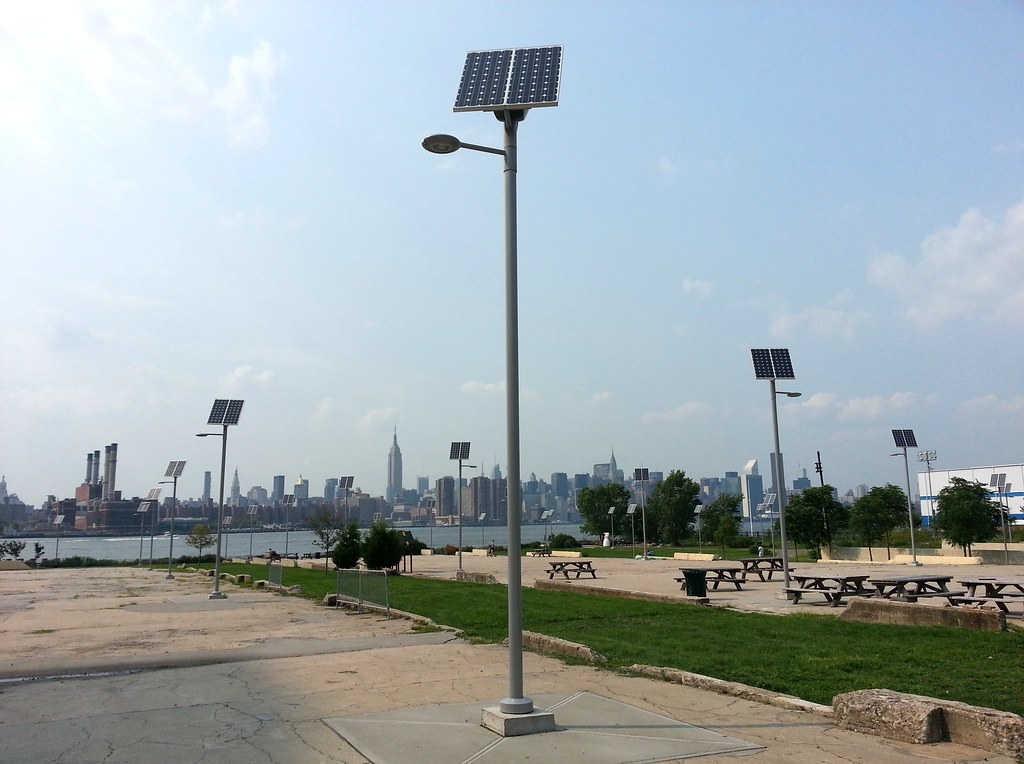 This land was once part of Palmer's Dock, a freight terminal that began operation in the 1870s to serve the nearby Havemeyer & Elder sugar refinery (now known as the defunct Domino Sugar refinery), which at its peak was the largest such facility in the world, processing the majority of the sugar consumed in the US.

Over the years, the terminal grew in size and scope, and became a major importation and distribution point for many different Brooklyn industries. In 1906, it was reincorporated as the Brooklyn Eastern District Terminal, and continued to thrive for several decades before a lengthy decline in rail traffic finally forced it out of business in 1983. The terminal buildings that once stood here were then demolished, and the land sat vacant until the state purchased this portion of the property and developed it into a park, which opened in 2007. 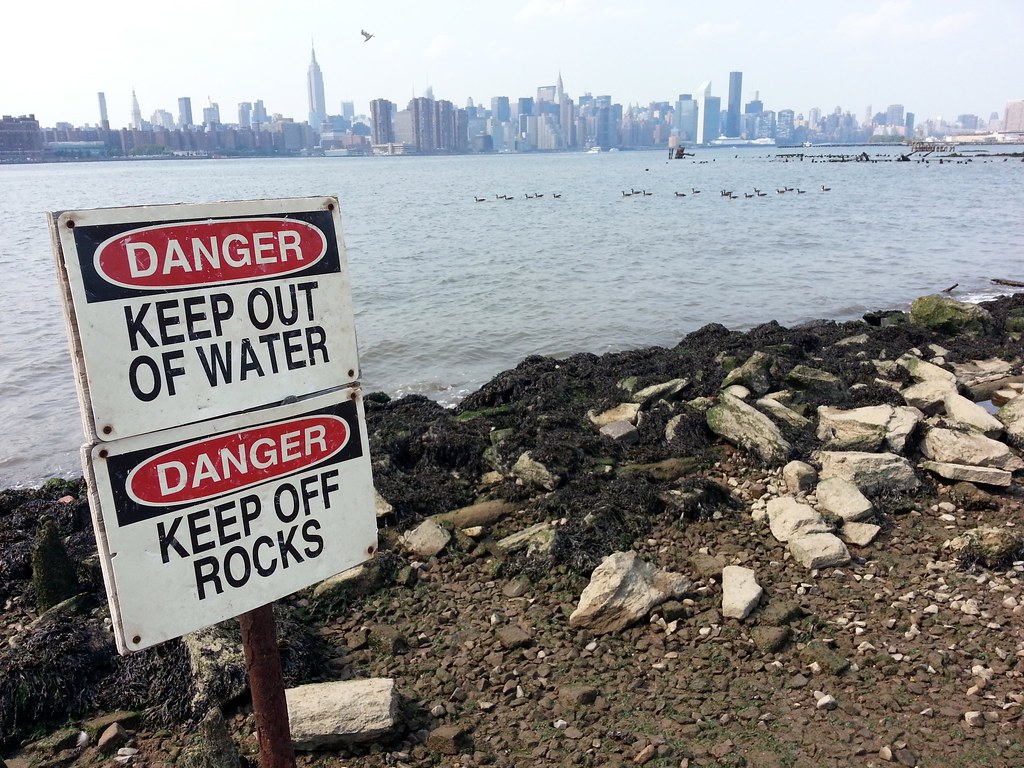 Down at the park's shore

Williamsburg: past and present 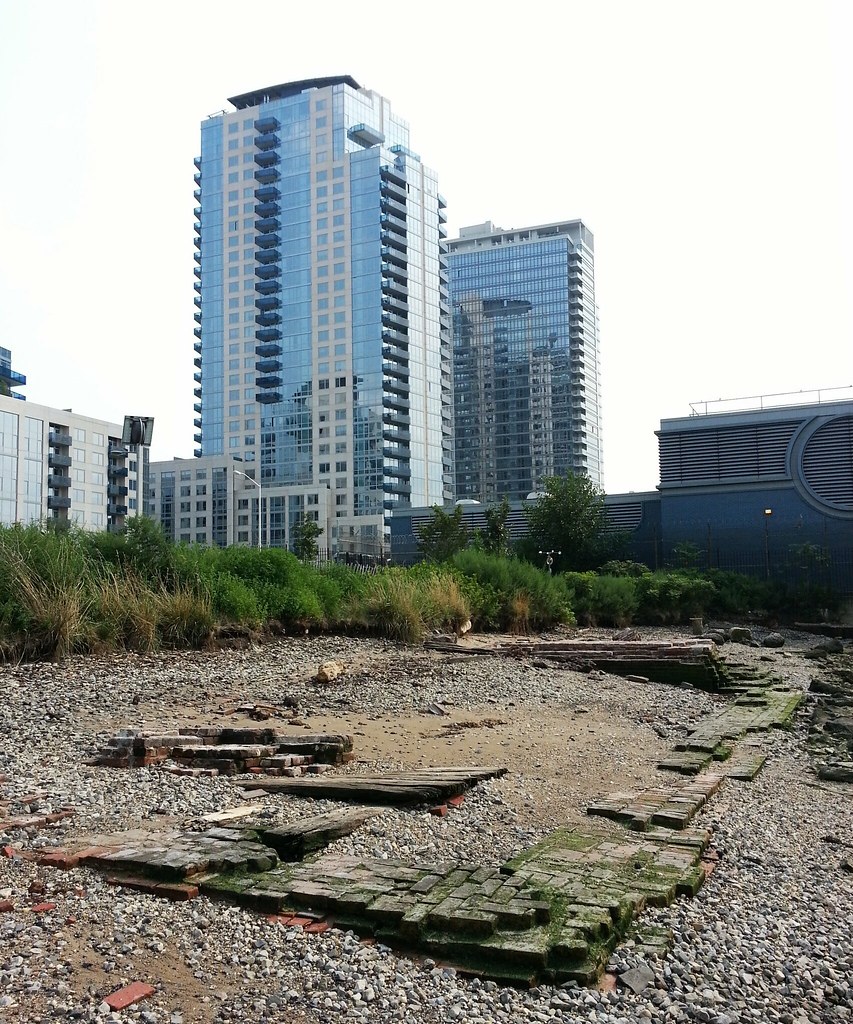 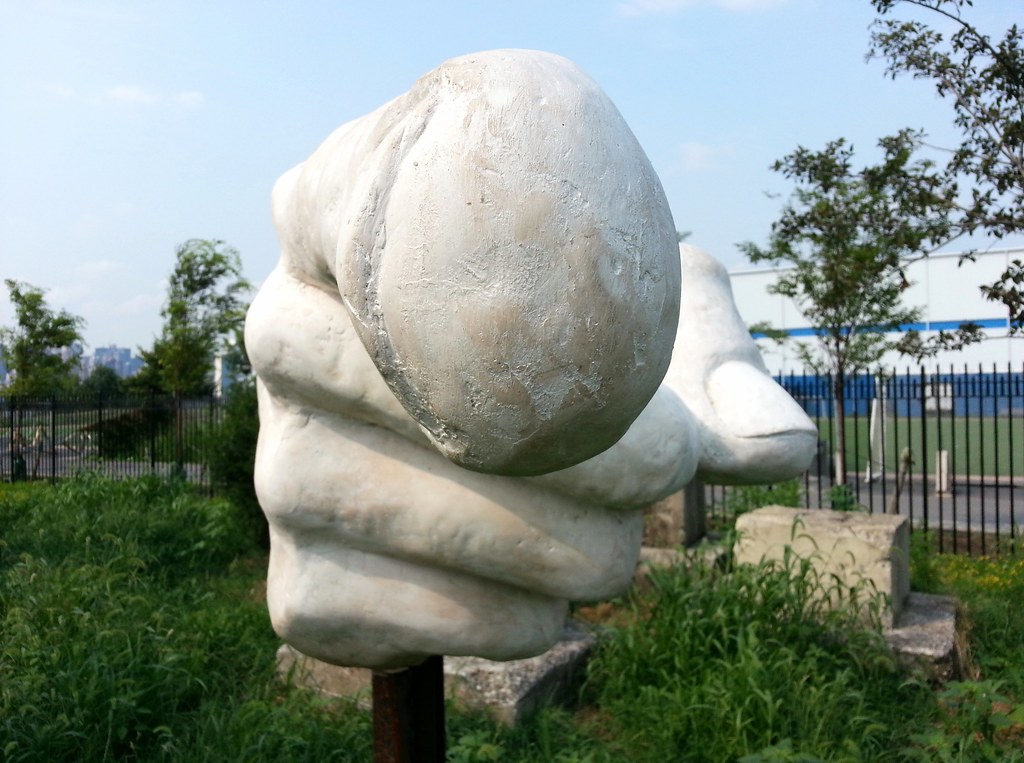 One of several sculptures installed around East River State Park 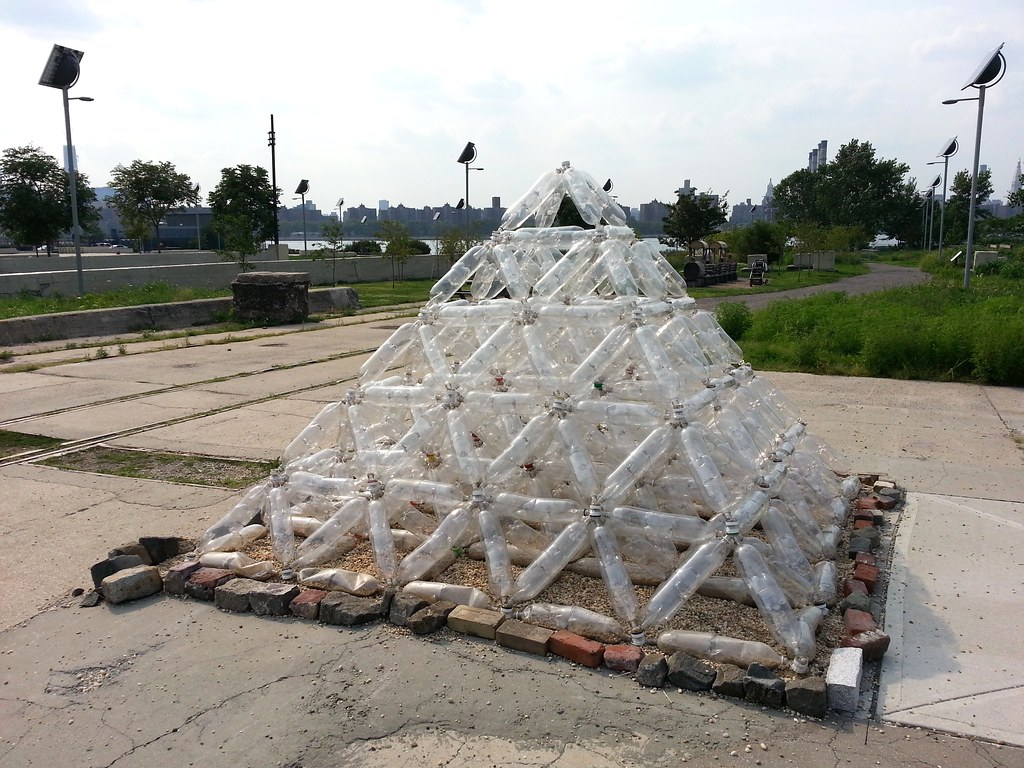 This is made from empty two-liter bottles; you can get a closer look here. 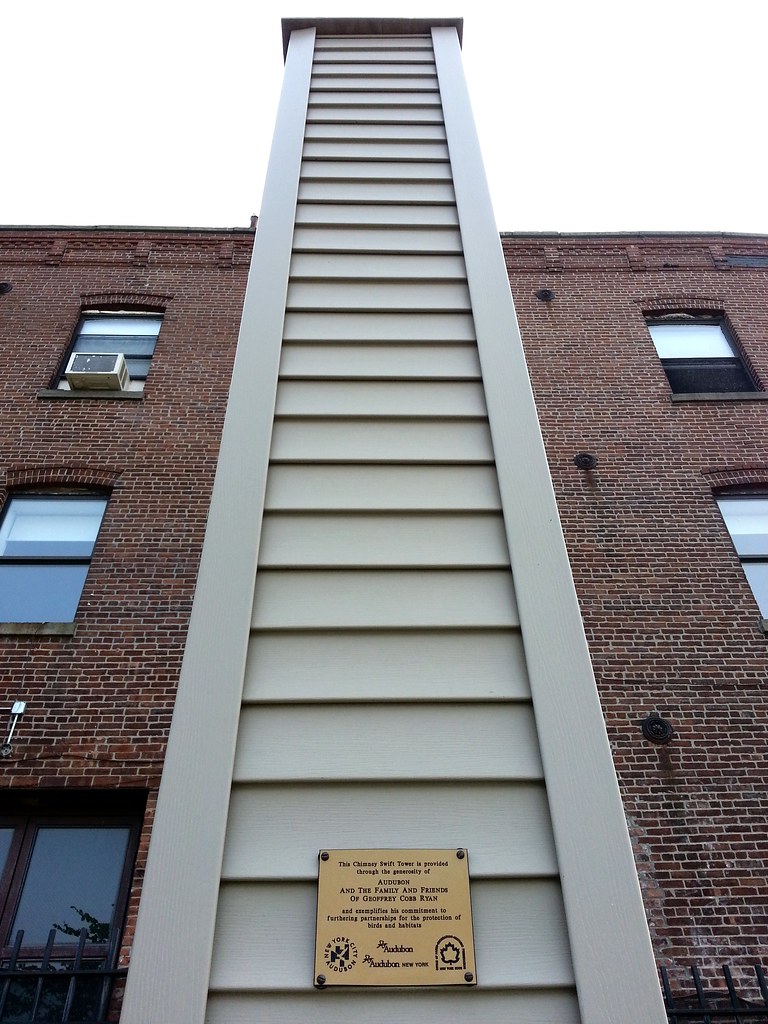 It's a chimney swift tower. 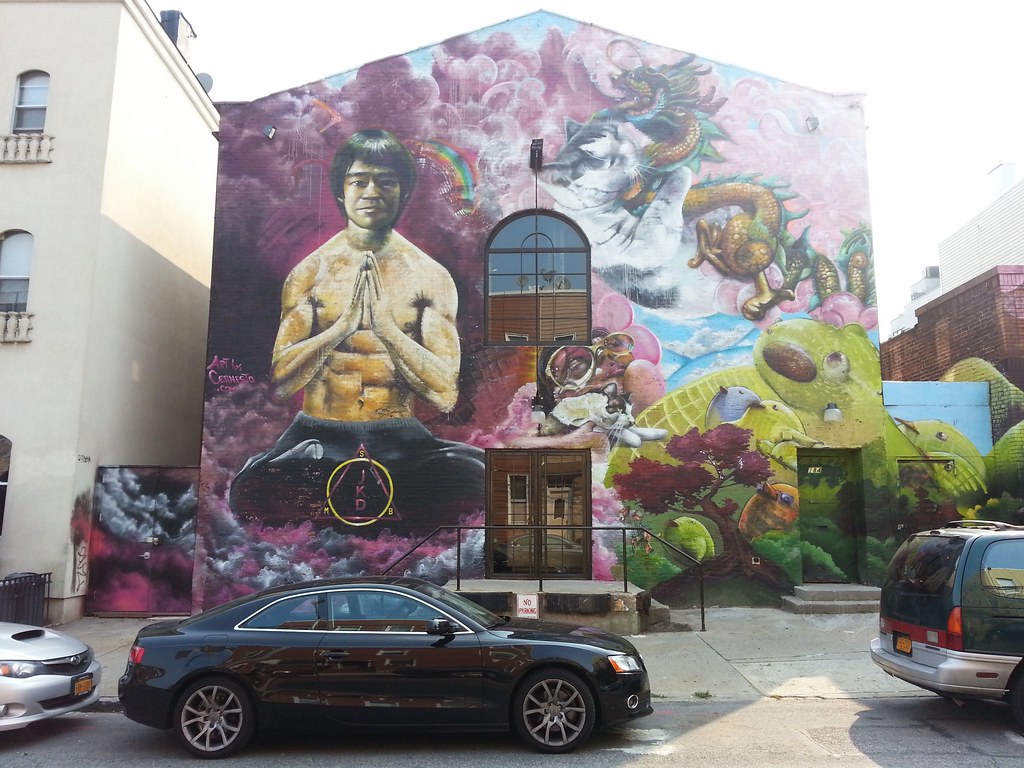 In case you can't tell, that's a cat wrestling with a dragon in the upper right corner. 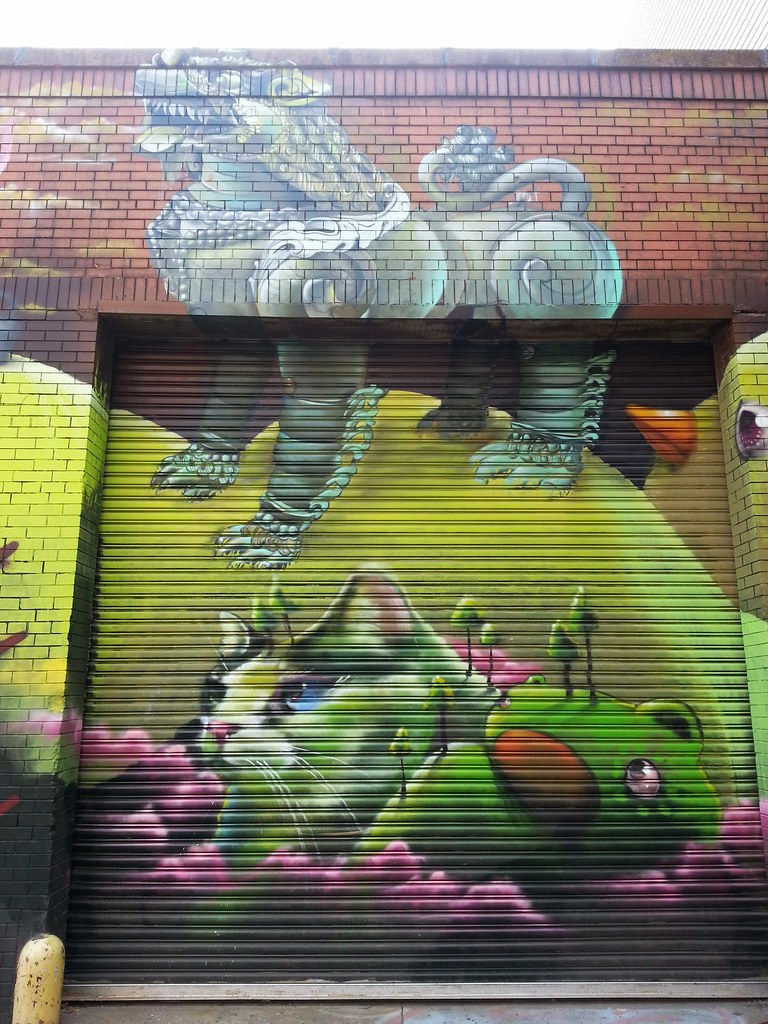 Is this a church 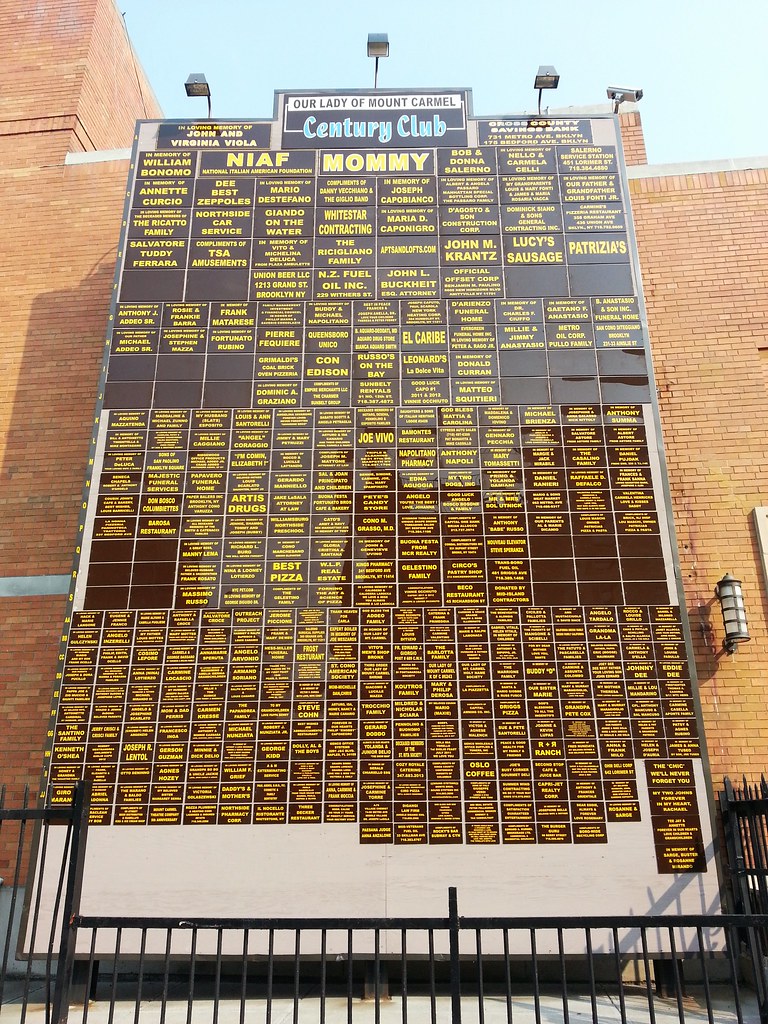 or the outfield wall of a minor league baseball stadium?

Holding up the BQE 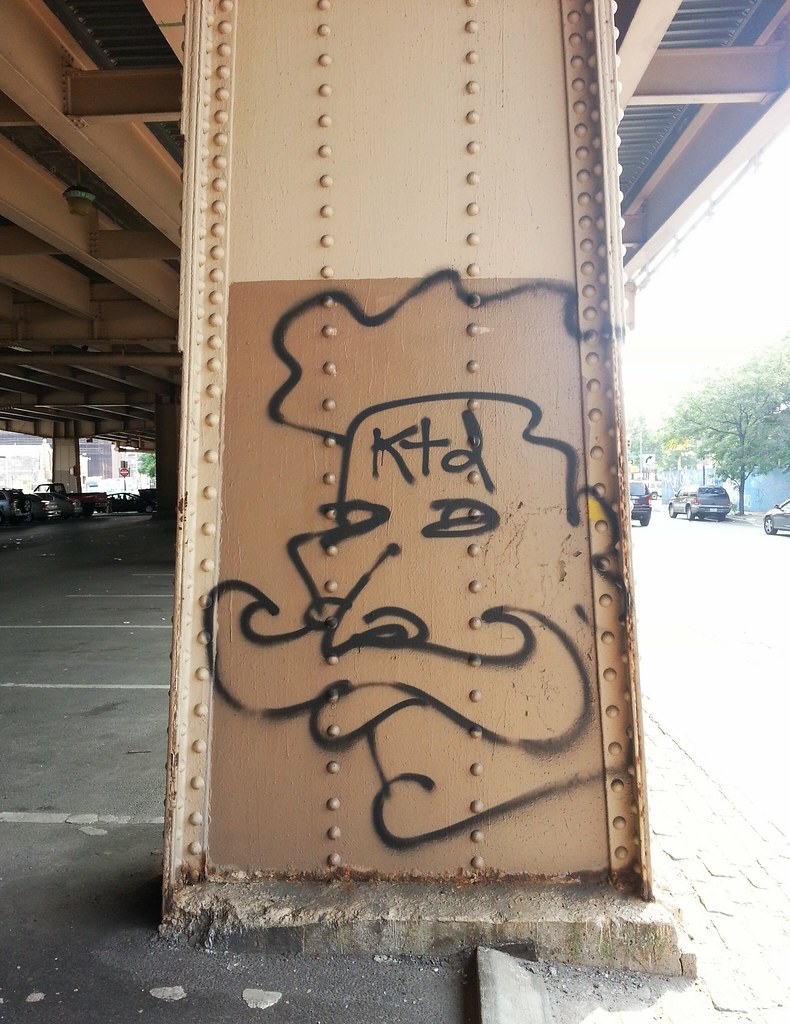 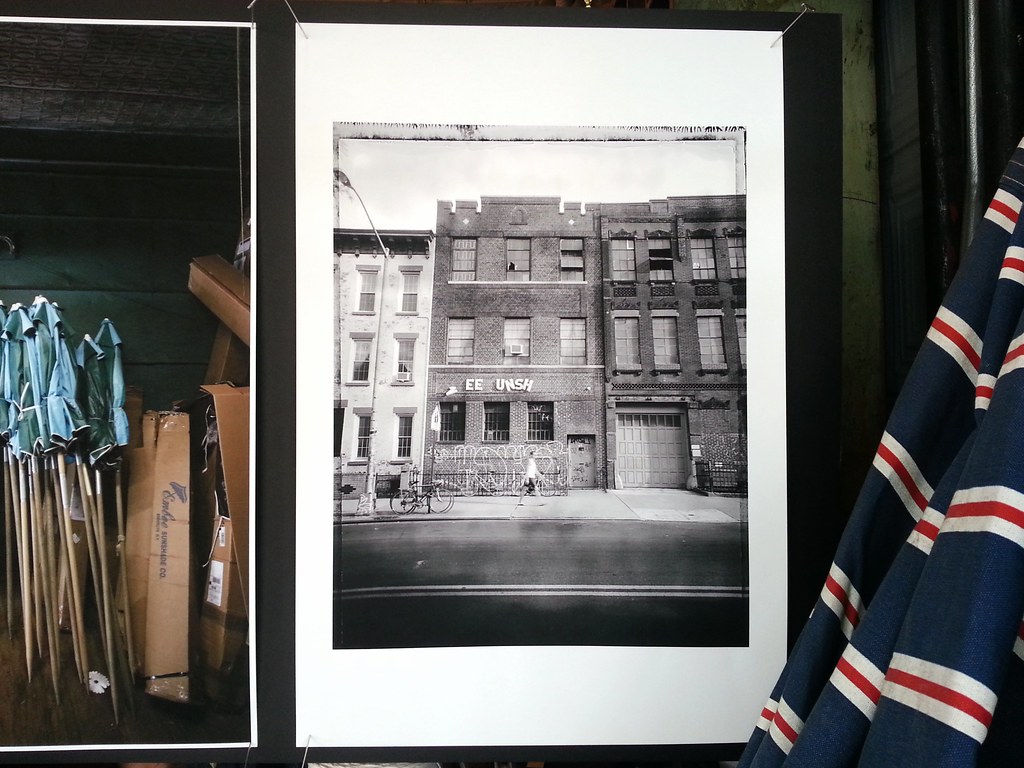 This photo of the mysterious M EE UNSH is on display at the City Reliquary. 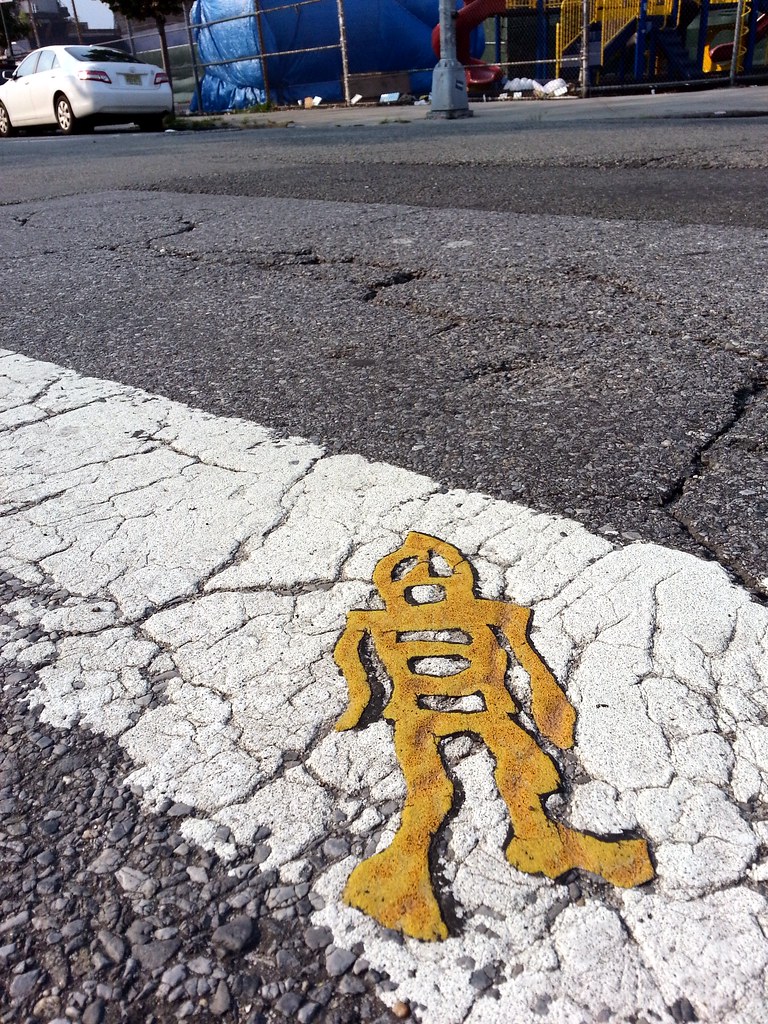 He can be seen trying to get to the other side in cities all across America. 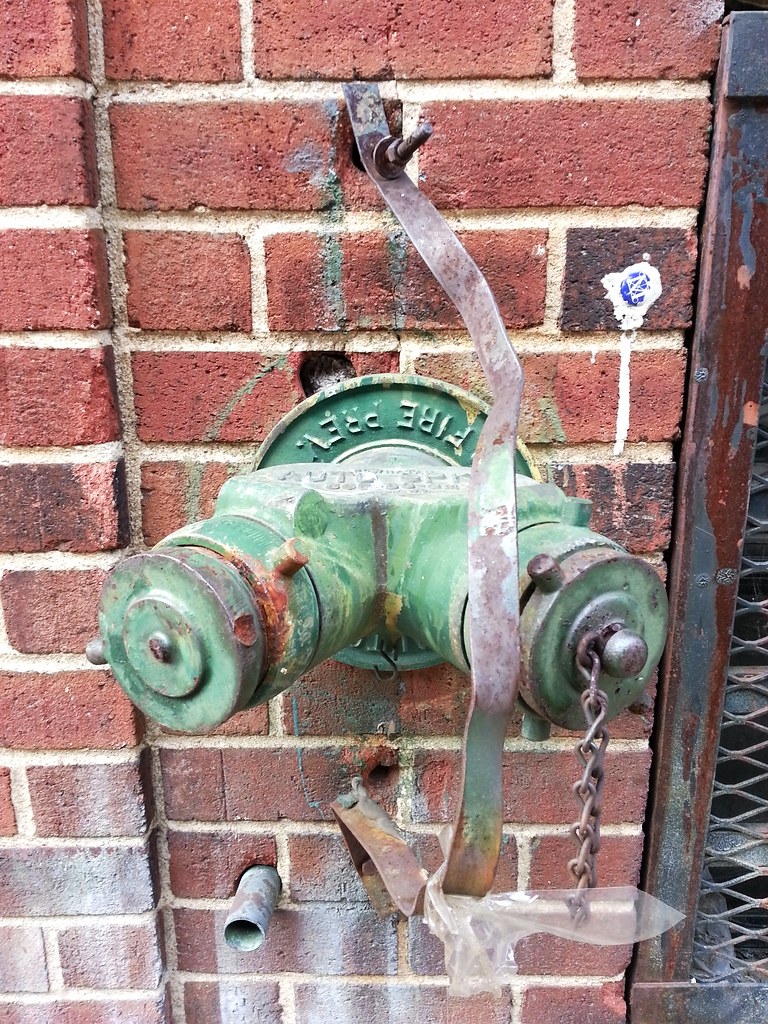 C'mon, you gotta mean it! 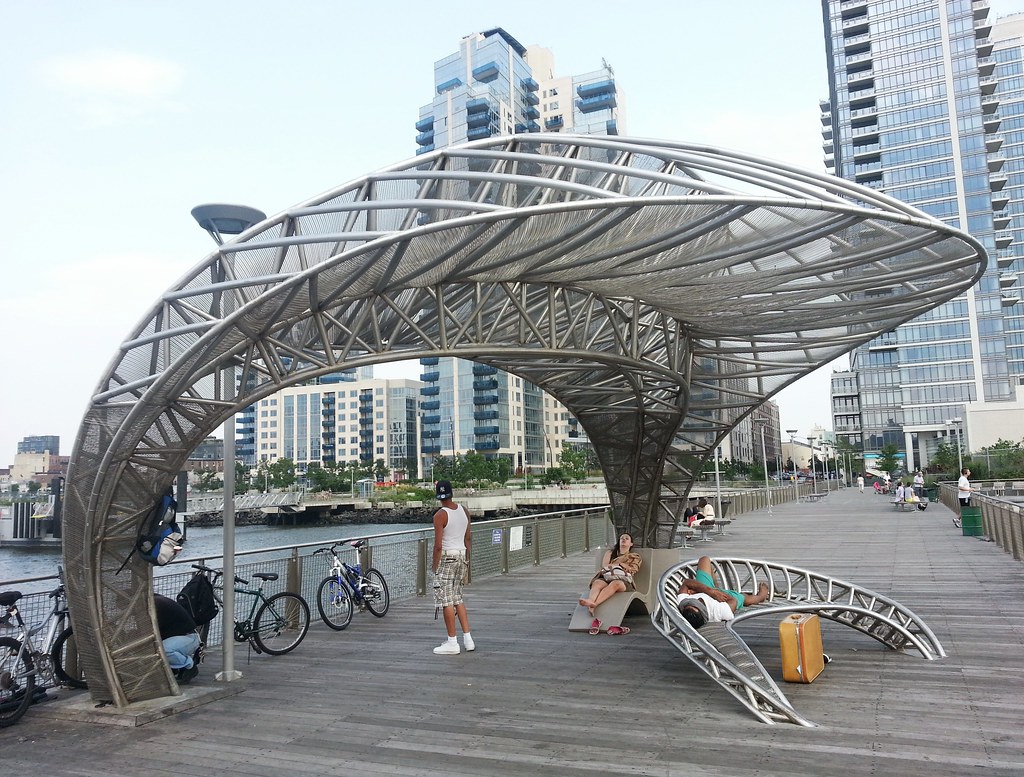 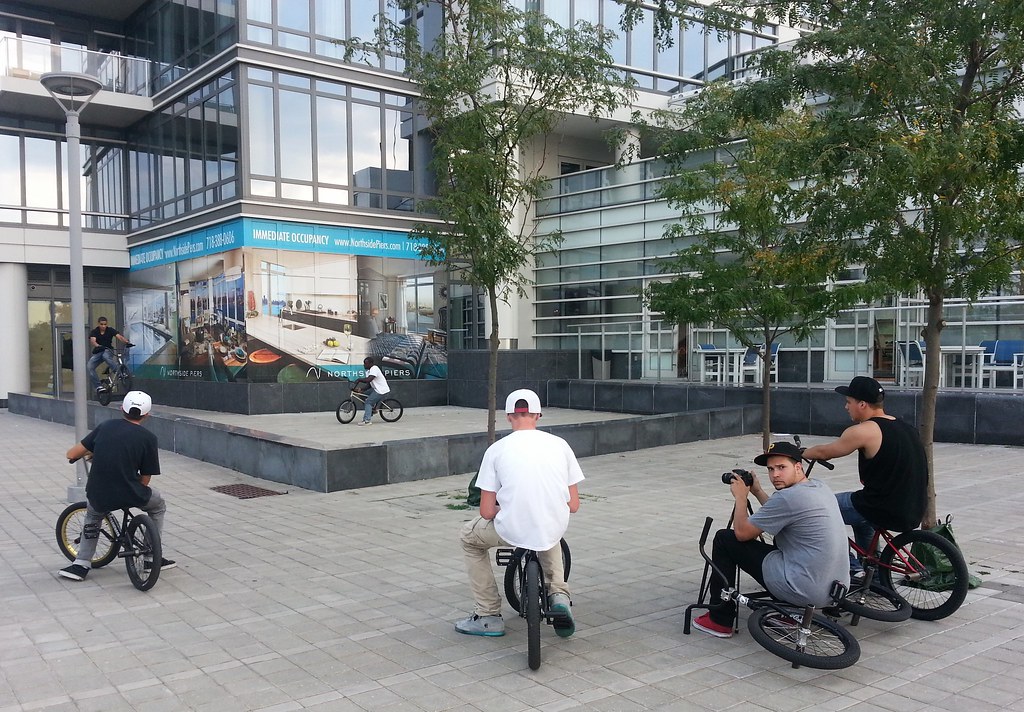 and an easily distracted cameraman

Location embedded in the logo! 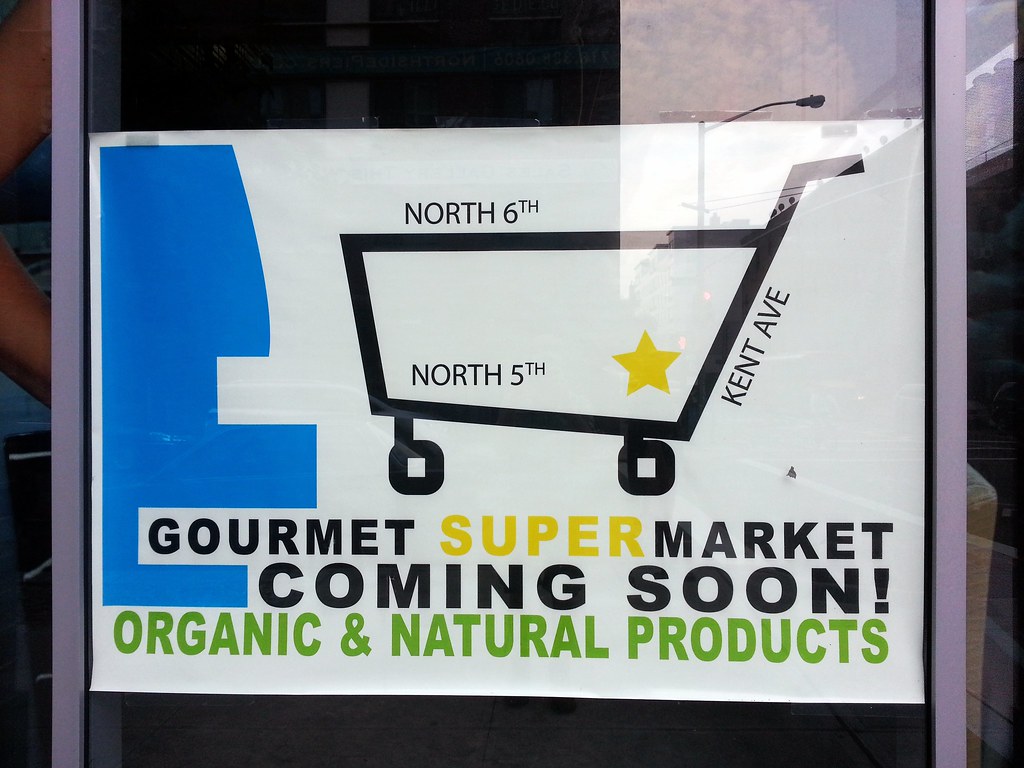 That must be Tank 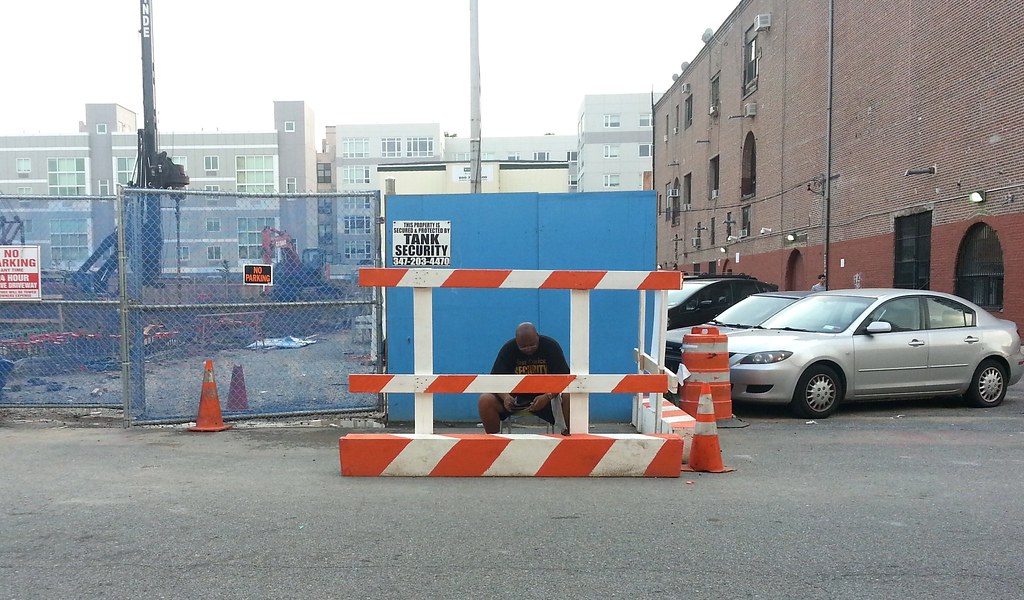 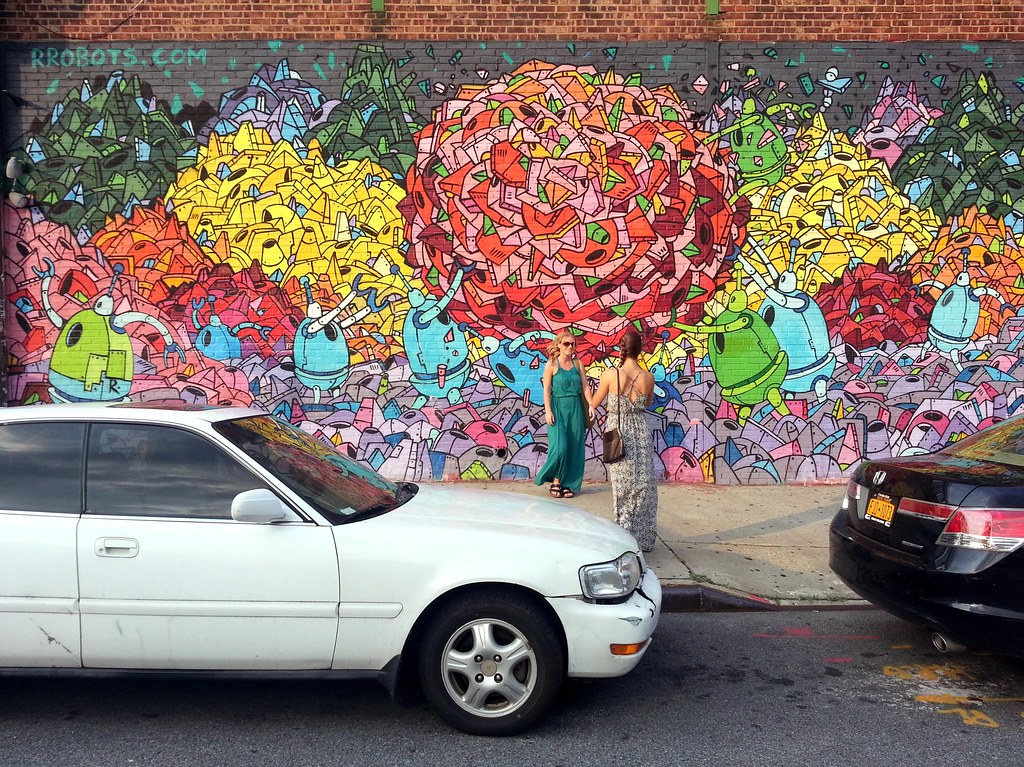 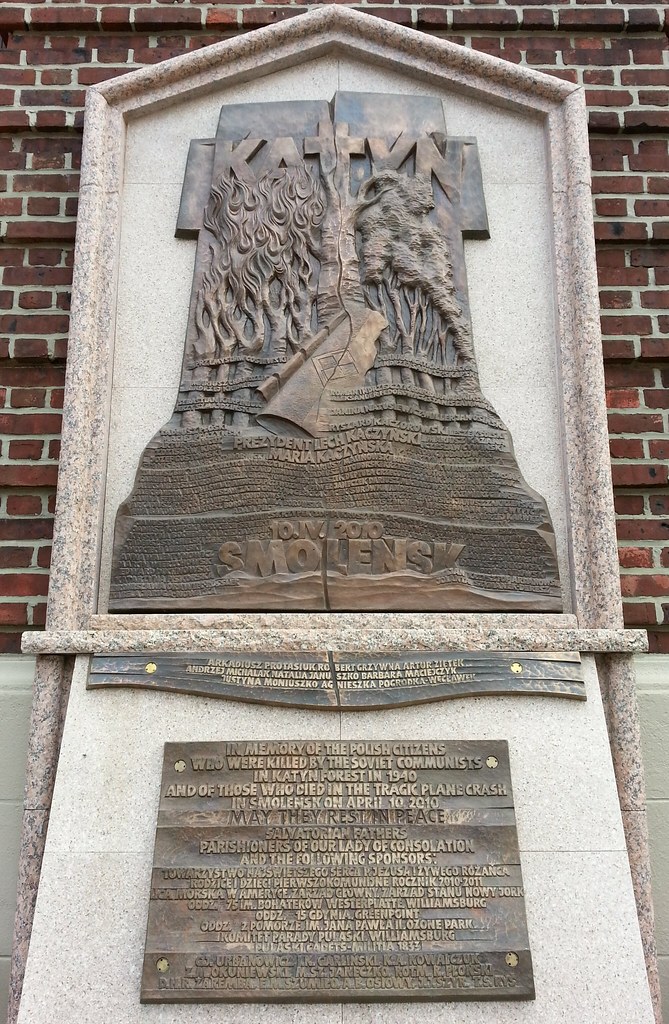 This memorial at Our Lady of Consolation honors the 22,000 Polish citizens massacred in the Katyn Forest and elsewhere by the Soviet secret police in 1940, as well as the 96 (including Poland's president and many other government, military, and religious leaders) who died in a plane crash in 2010 while on their way to a 70th anniversary commemoration of the massacre. 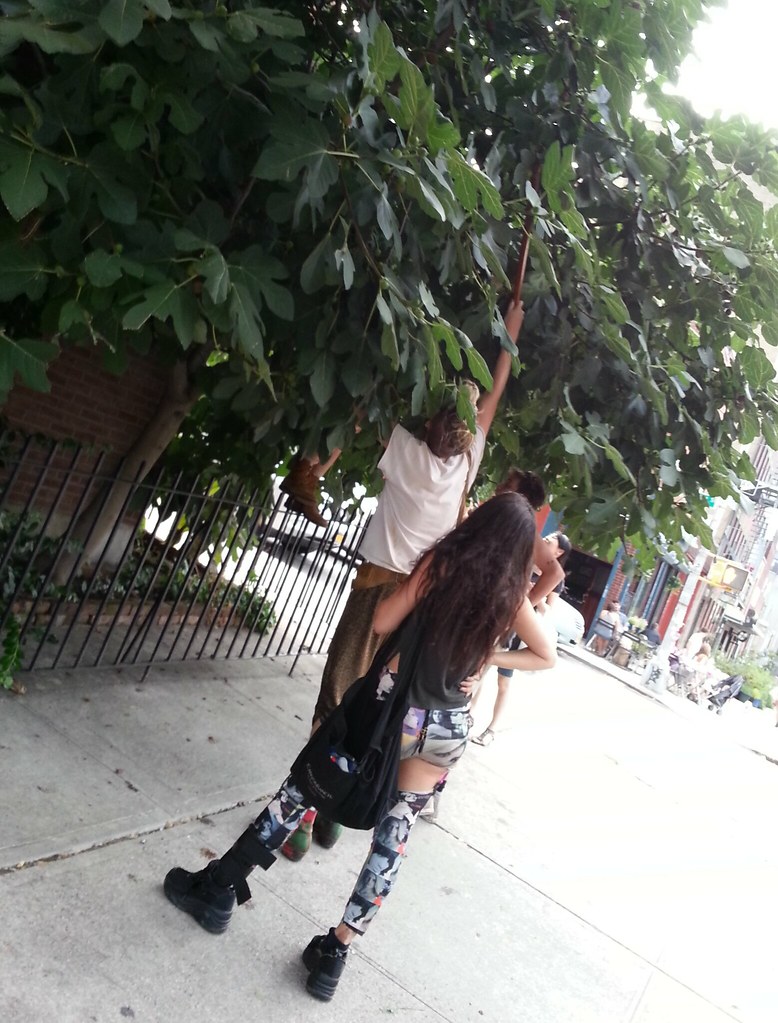 Williamsburg: past and present, Part II 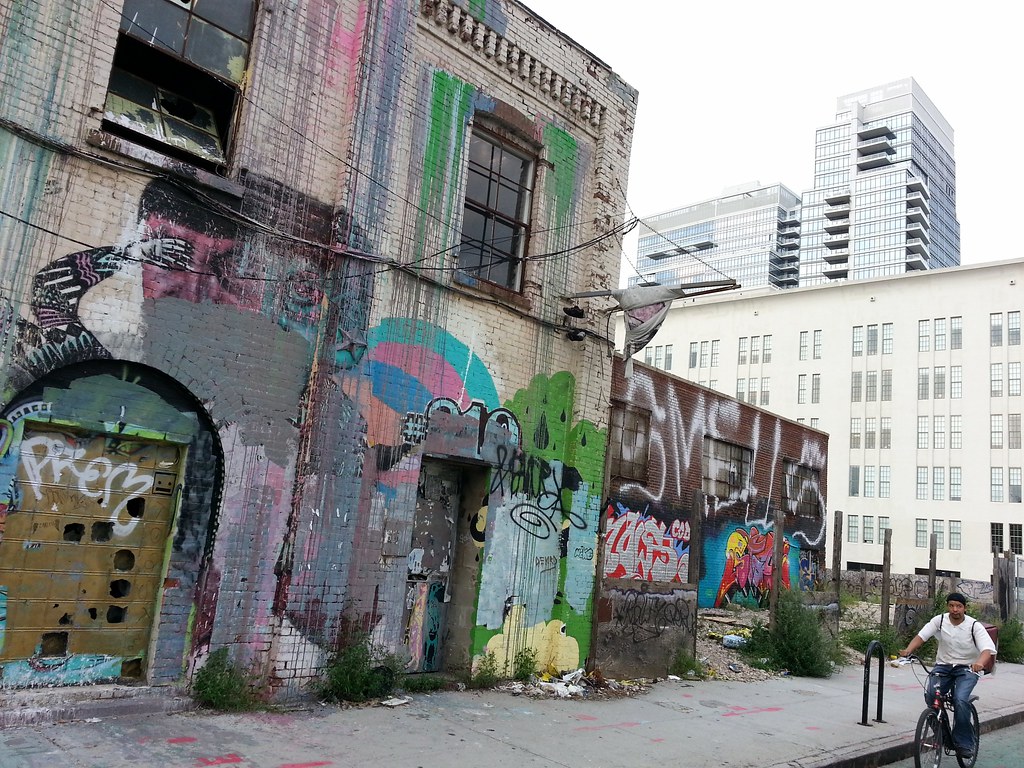 Moving from front to back, we have the former Secret Project Robot building, the old Cass Gilbert grocery warehouse that's been converted to luxury lofts, and the gleaming, glassy condos we saw back in Part I. 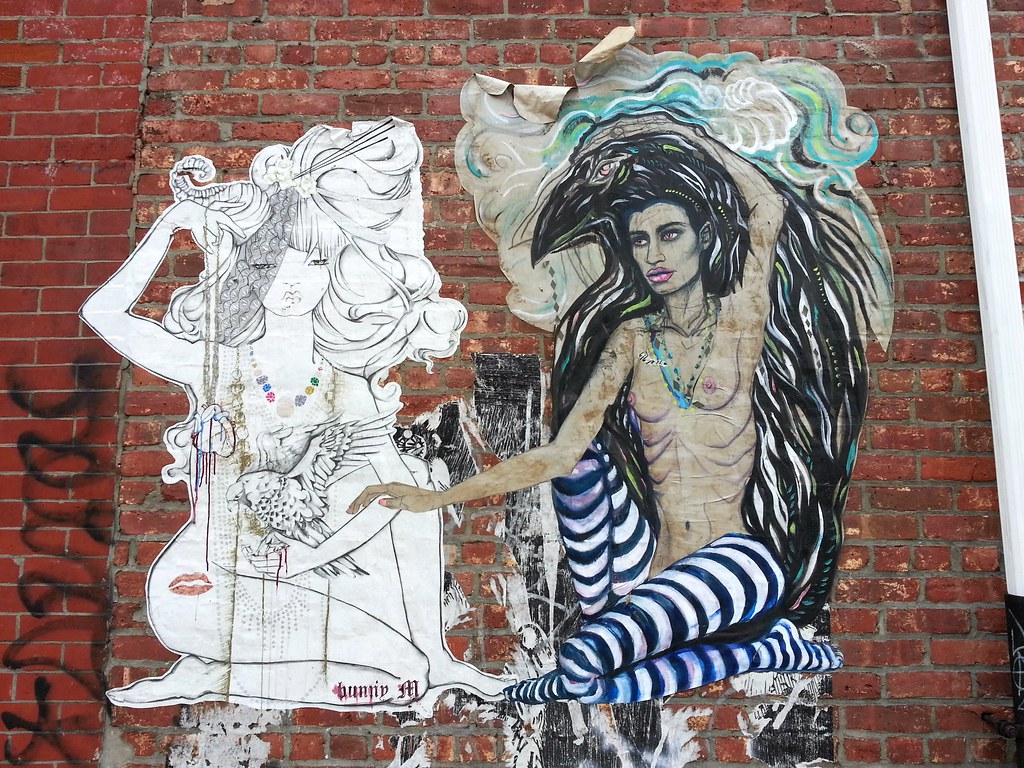 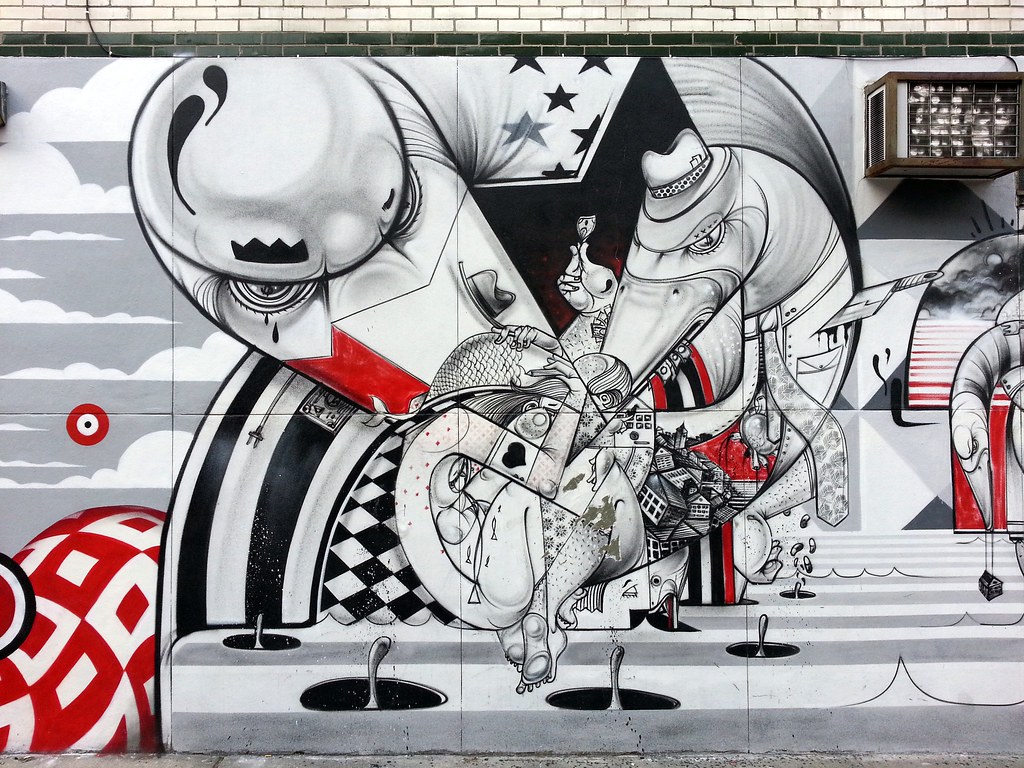 Subtle touches by the twin brothers How and Nosm 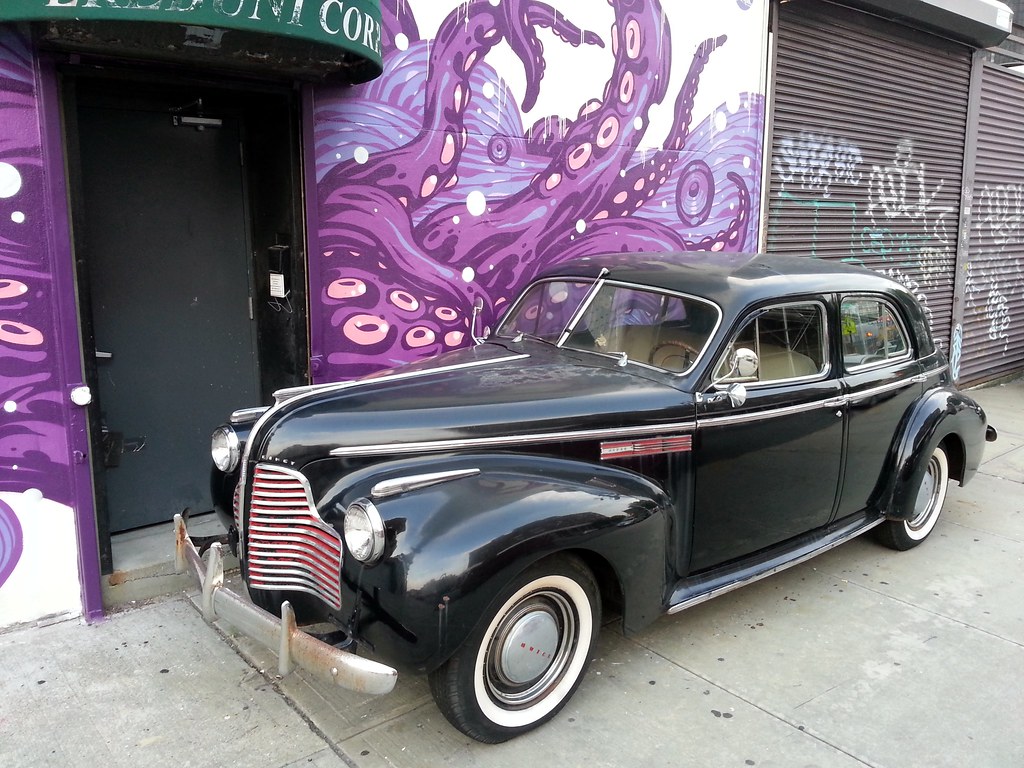 is apparently how this car refers to itself. See? 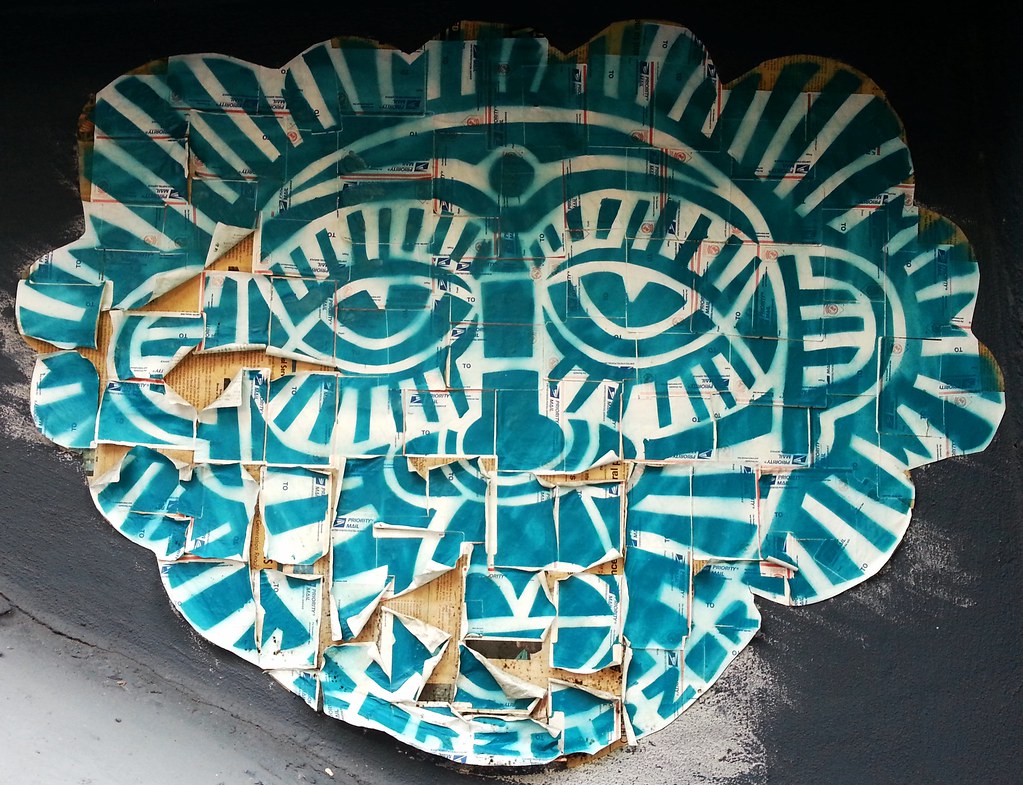 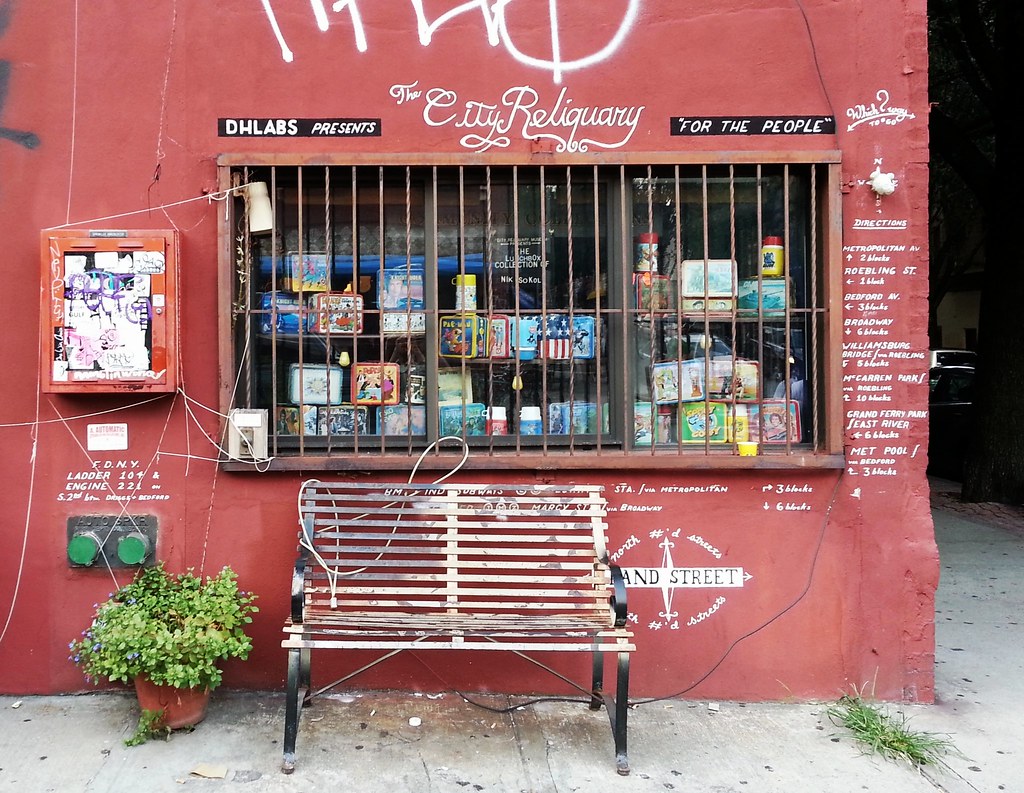 Before it opened its storefront museum a couple of blocks away, the City Reliquary used to consist solely of this display case, which is actually just the apartment window of the Reliquary's founder. Currently on exhibit here is a collection of vintage lunch boxes owned by the museum's resident geologist.

Nope, it's just the Shabbat alarm that blares from somewhere within Hasidic South Williamsburg twice every Friday evening. It's pretty obnoxiously loud, but apparently "any organ, bell, chimes or other similar instrument" located on or within a house of worship is exempt from the city's noise code.

It’s all over now 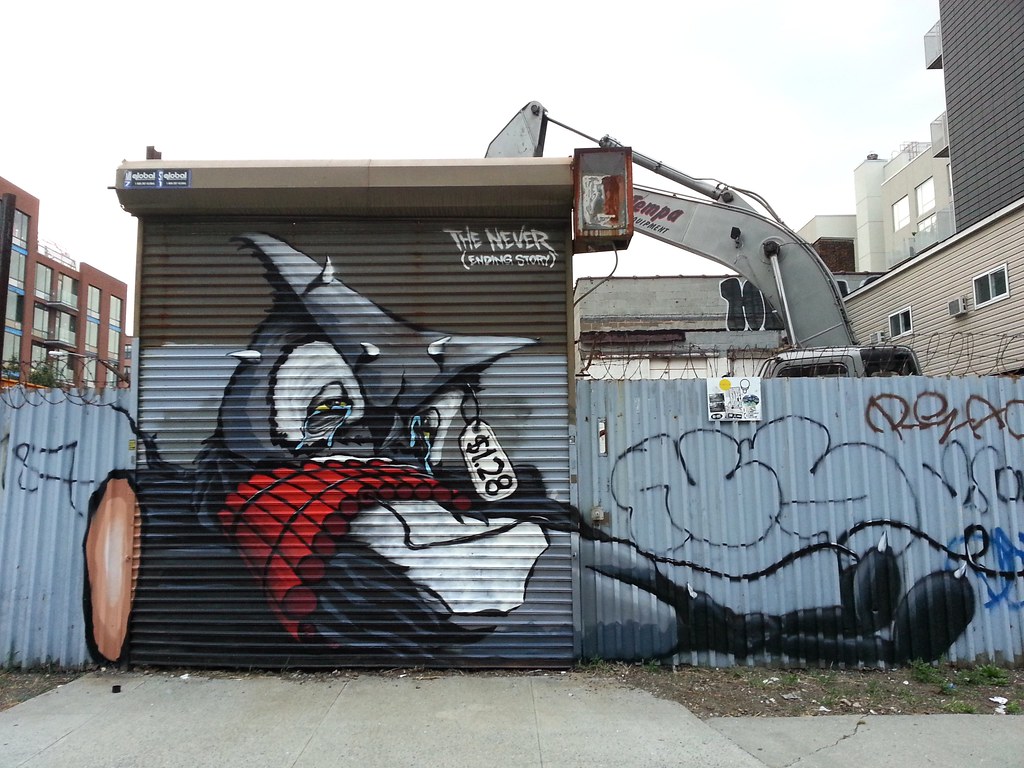 I guess the anger phase was short-lived.

And look who’s at the controls 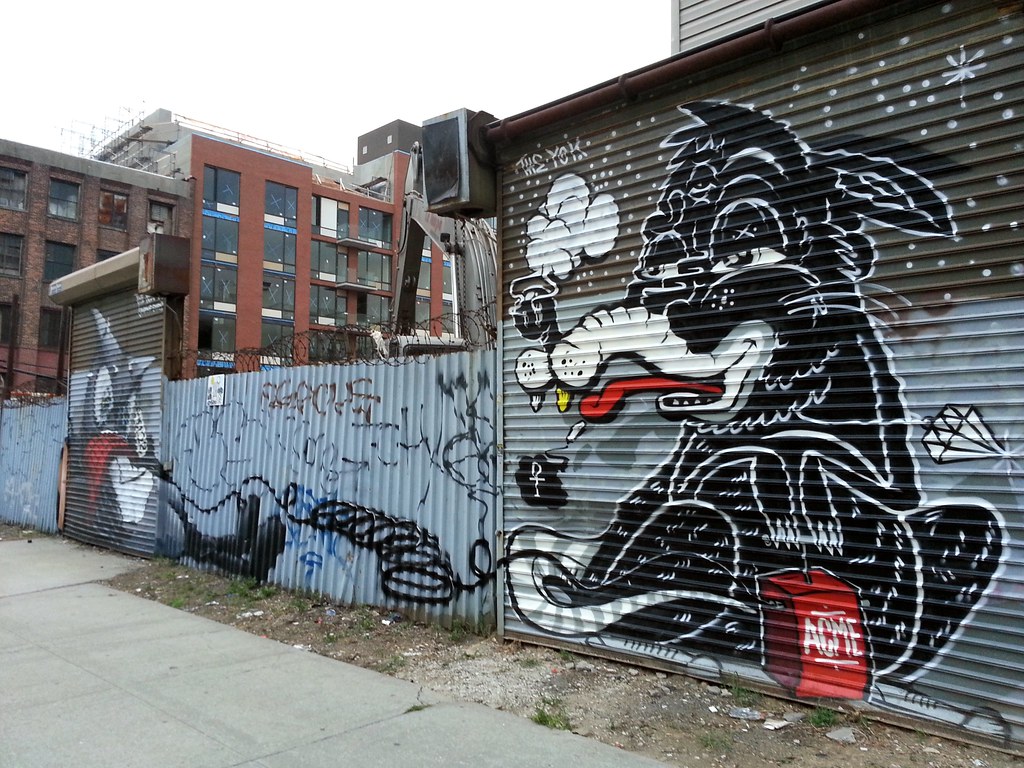 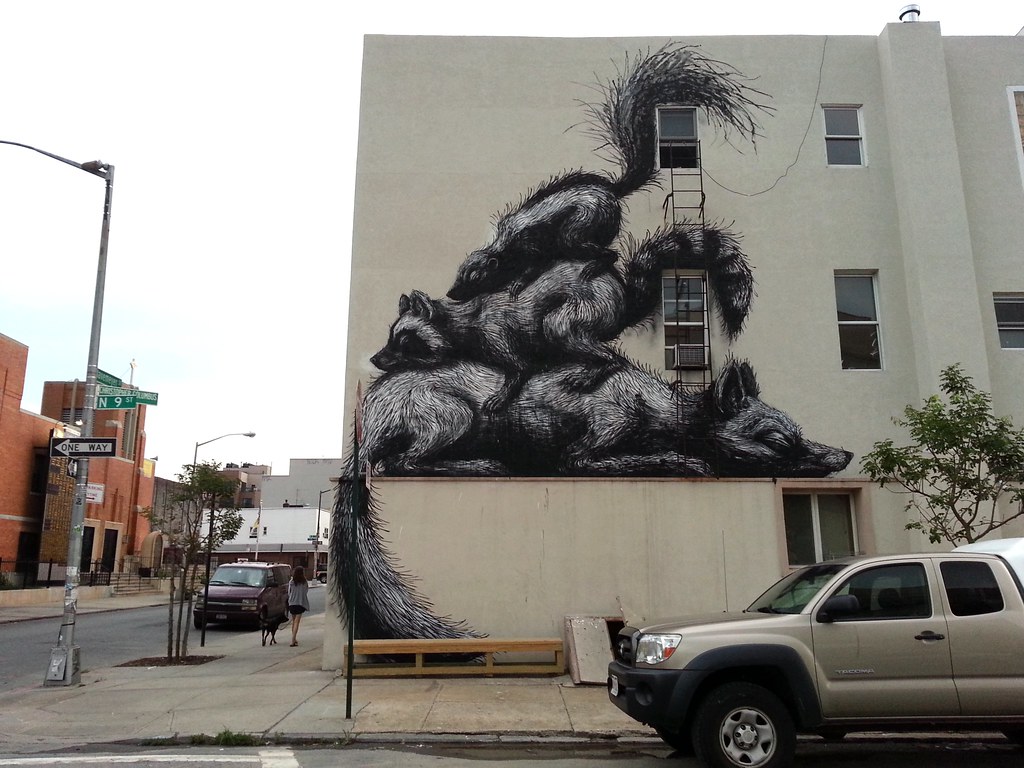 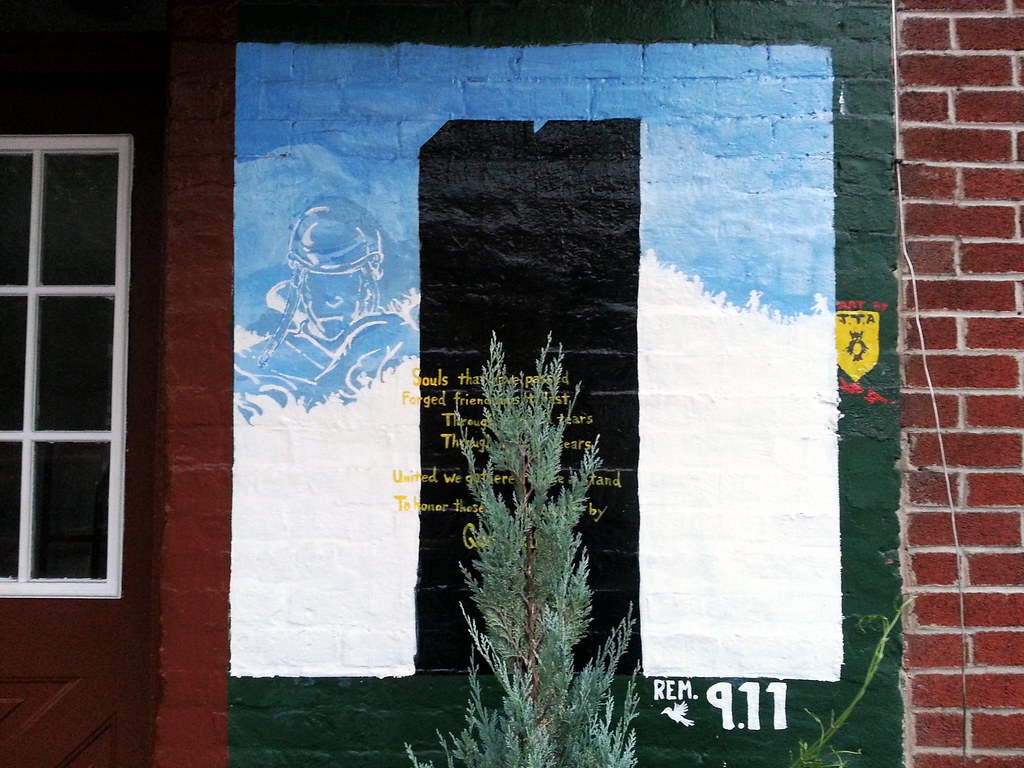 Souls that have passed
Forged friendships to last
Through pain and tears
Through loss and fears
United we gathere [sic] to take a stand
To honor those who are graced by
God's hand.