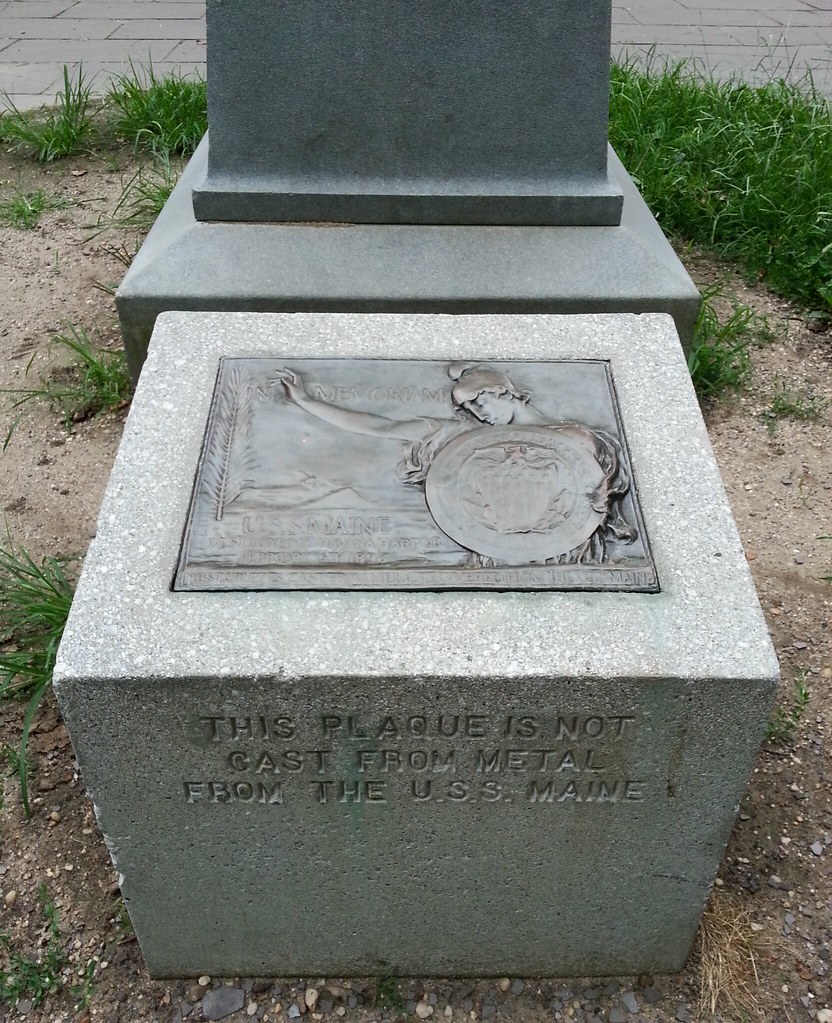 You can't really see it in this photo, but the text on the bottom line of the plaque reads: "This tablet is cast from metal recovered from the U.S.S. Maine".

I suppose this means that this plaque, which sits in Captain Tilly Park, is merely a non-Maine replica of the plaque designed by Charles Keck, of which more than a thousand copies were cast from metal that actually was salvaged from the Maine. (One of those copies can be found on the monument at the southwest corner of Central Park that we saw back in January.)

Day 566: Sarah and Sopan round the corner