Inside the Marine Air Terminal 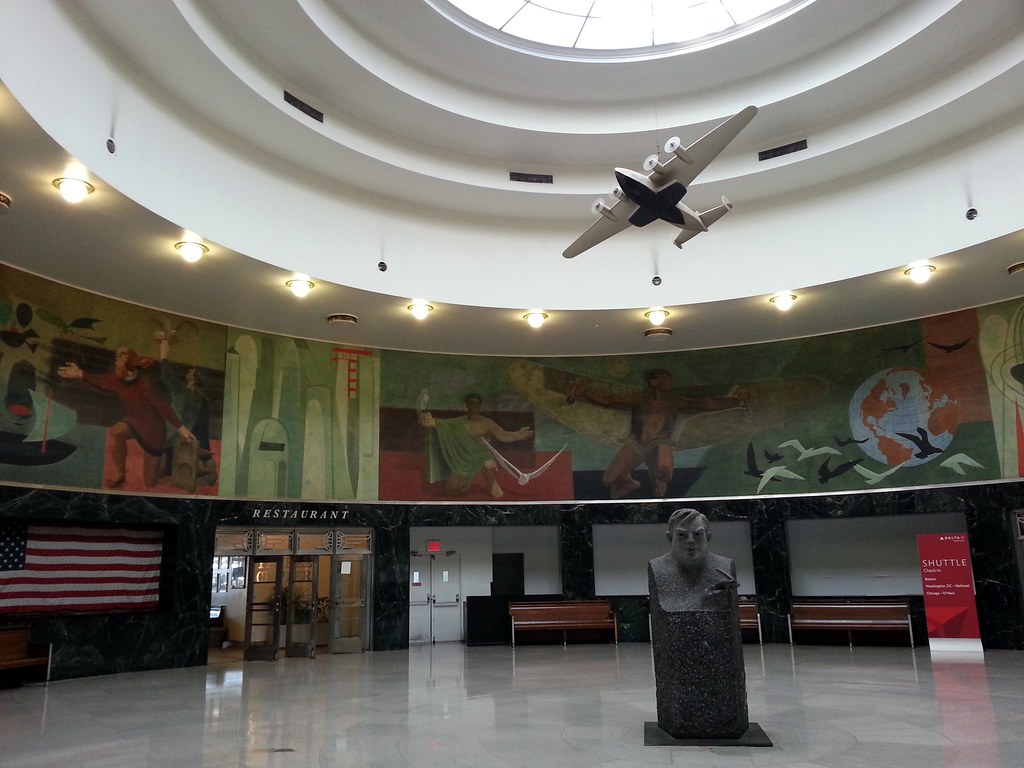 I love the rinky-dink model airplane dangling from the ceiling! That's a bust of Fiorello La Guardia in the center; the 12-foot-high painting encircling the room ("Flight" by James Brooks) is supposedly the largest mural commissioned by the WPA. It was painted over in the 1950s, but was deservedly restored three decades later.