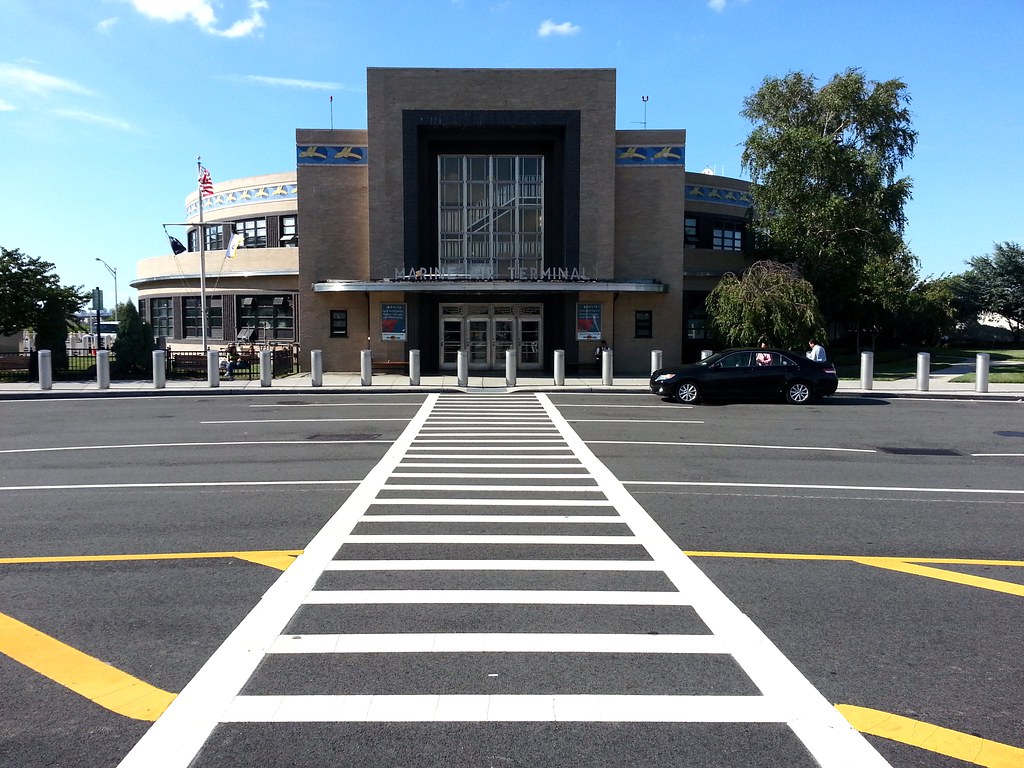 The Marine Air Terminal at LaGuardia Airport opened in 1940 to accommodate seaplanes (which are represented by the flying fish encircling the top of the building). Among the aircraft that used the terminal in those days were the gigantic Boeing 314 flying boats (pictured here), which were "responsible for the most adventurous and romantic era" in the airport's history, according to a sign inside the building. The terminal is still in use today, though not by seaplanes: Delta Shuttle flights operate out of its six gates (which are actually located in an annex adjacent to the original terminal building).