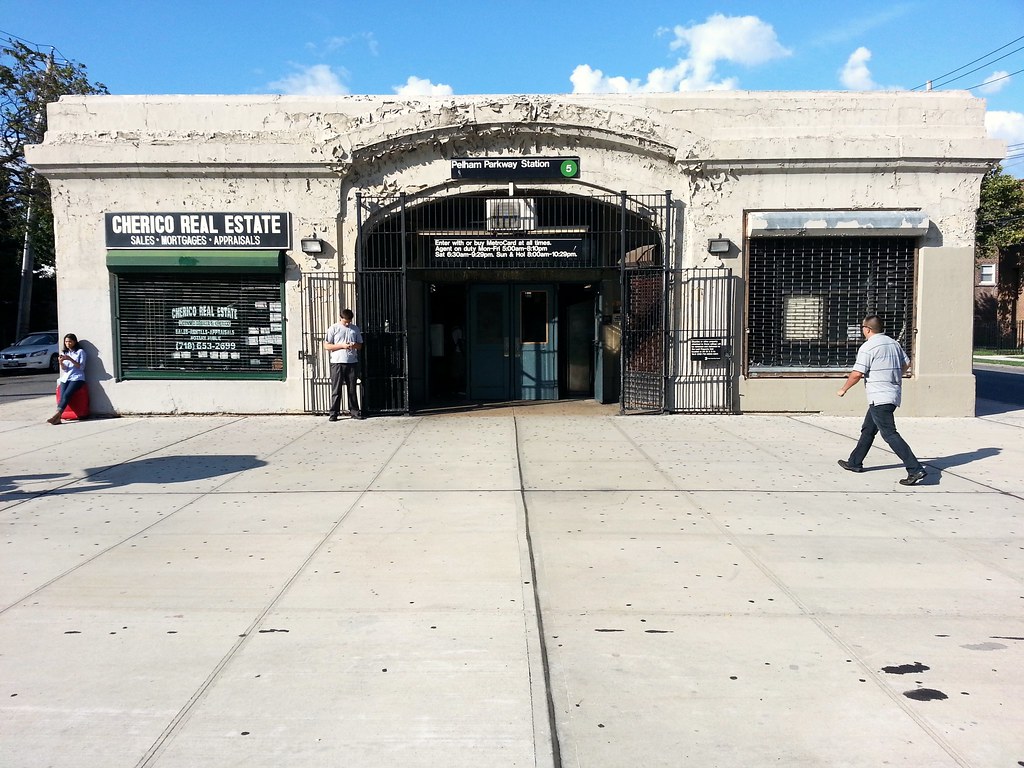 This station house is another remnant of the defunct New York, Westchester and Boston Railway. Quite a few present-day subway stations were originally built for other open-air railroads that were later incorporated into the subway system, but this is the only fully underground subway station that was not built as part of the subway.