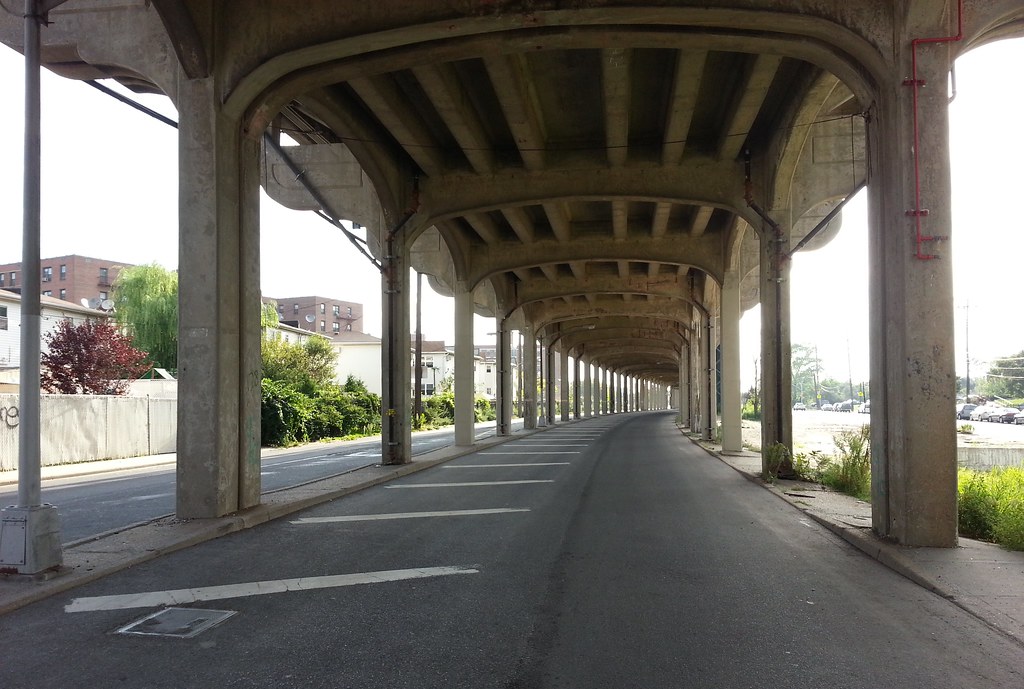 In the early 1940s, the Rockaway Freeway (which, with its many at-grade street intersections, is a freeway in name only) was built on the former right-of-way of the Long Island Rail Road, which had recently been elevated above street level on the structure you see here. It's a notoriously dangerous road, although it was made considerably less so in the late 1990s when it was reduced from two lanes in each direction to one.

The rail line was abandoned by the LIRR in 1955, but it reopened the following year as part of the subway system. The section in the photograph is currently served by the A train; the Rockaway Park Shuttle operates on the western portion of the line.