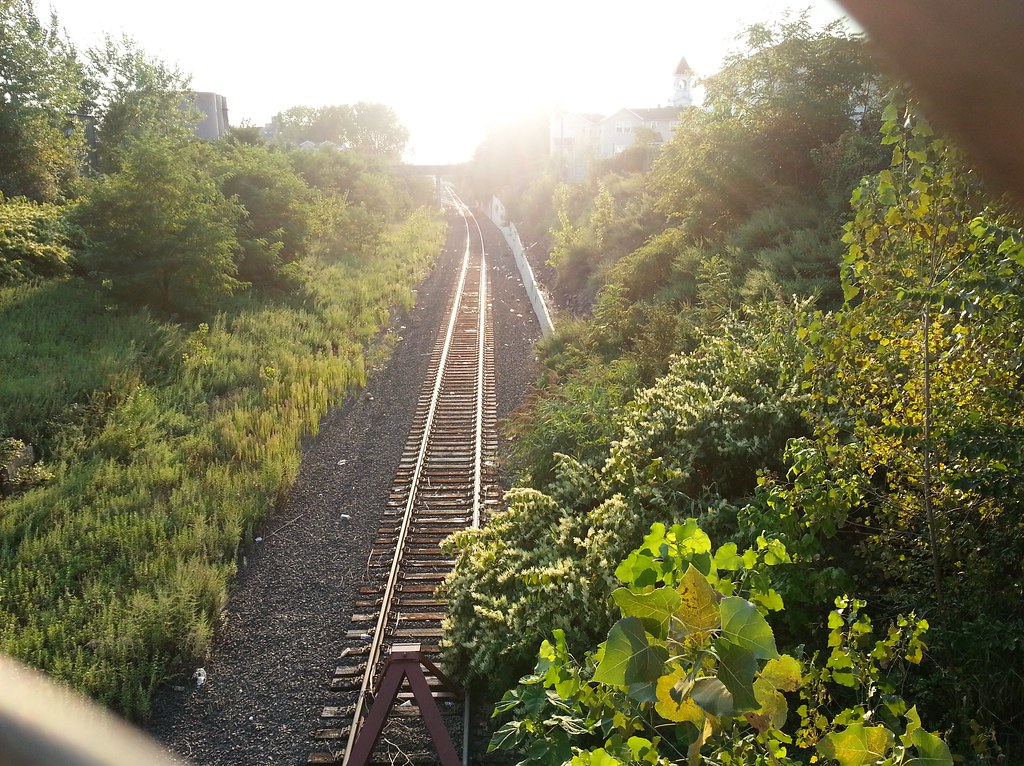 of the aforementioned North Shore branch of the Staten Island Railway. As we've seen, the line is mostly in ruins east of this point, but, emerging from the woods just beneath the overpass where I'm standing, it runs as a freight line from here west to the Arthur Kill Bridge (the longest vertical lift bridge in the world), where it crosses into New Jersey.

There's another branch that runs south from this line to Fresh Kills — which, no longer an active landfill (it was once the world's largest), is now home to the Staten Island Transfer Station — allowing all the island's garbage to be hauled down to South Carolina by rail, part of a larger city effort to dramatically reduce the role that trucks play in the waste disposal system.