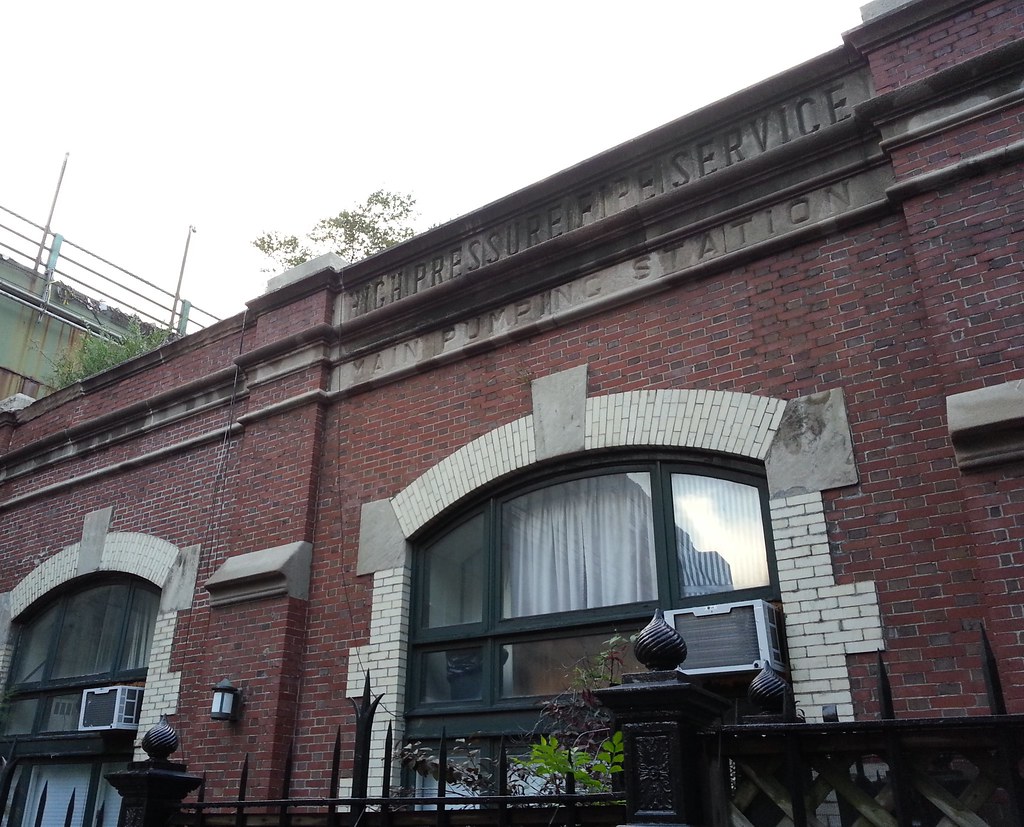 In the early years of the 20th century, the city began installing networks of high-pressure water mains and hydrants in the business districts of Manhattan and Brooklyn and in Coney Island to improve firefighting capabilities in those areas. The mains were pressurized by pumping stations like this one on Joralemon Street. This station was also equipped to draw salt water from the nearby harbor in the event that the supply of fresh water from the city were cut off by some accident or disaster.

Advances in fire-truck pumping technology eventually rendered the high-pressure system redundant. The pumping stations were abandoned by the late 1950s; the old Joralemon station has since been converted into the rather dopily named Pumphouse Mews town houses.