Sunday morning, waiting for the train 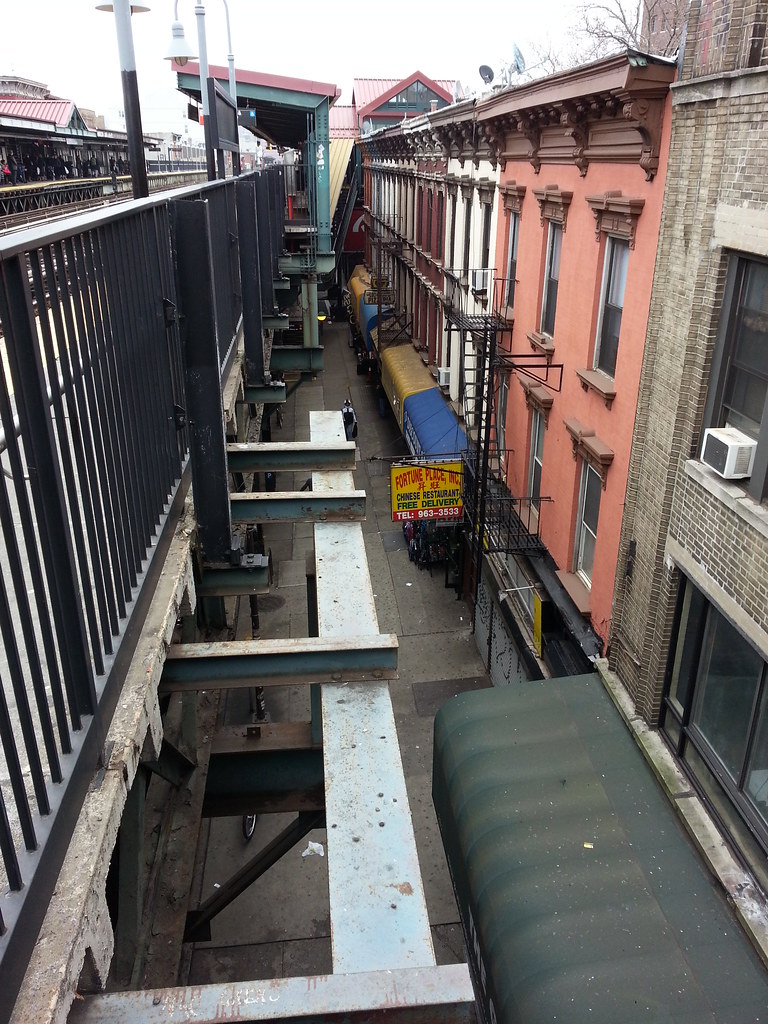 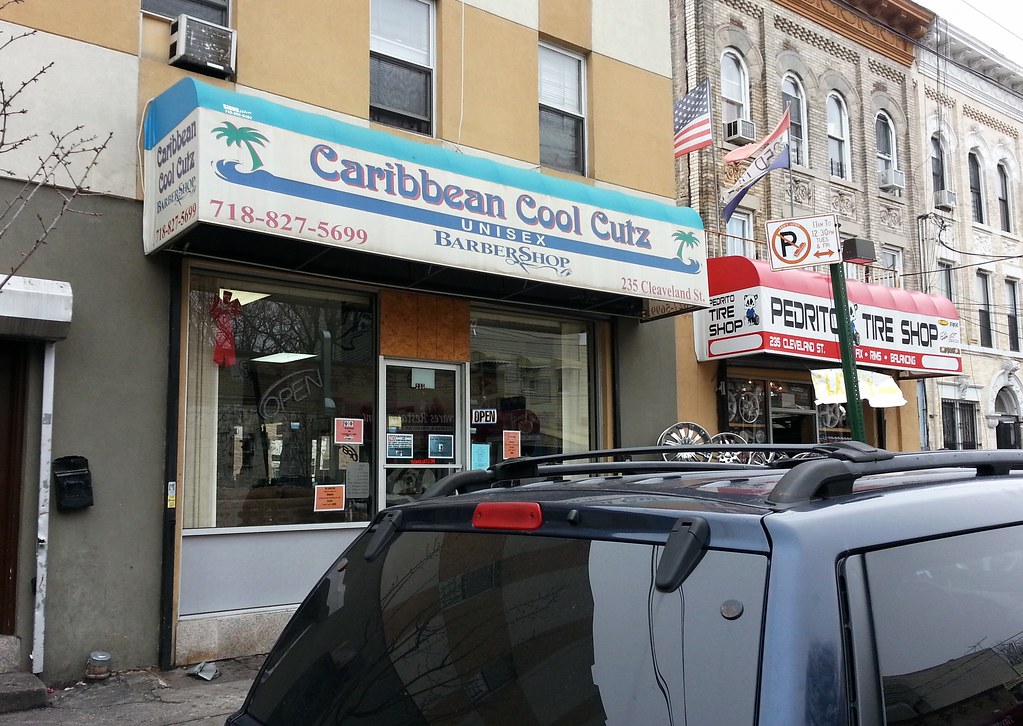 Portal of the pray 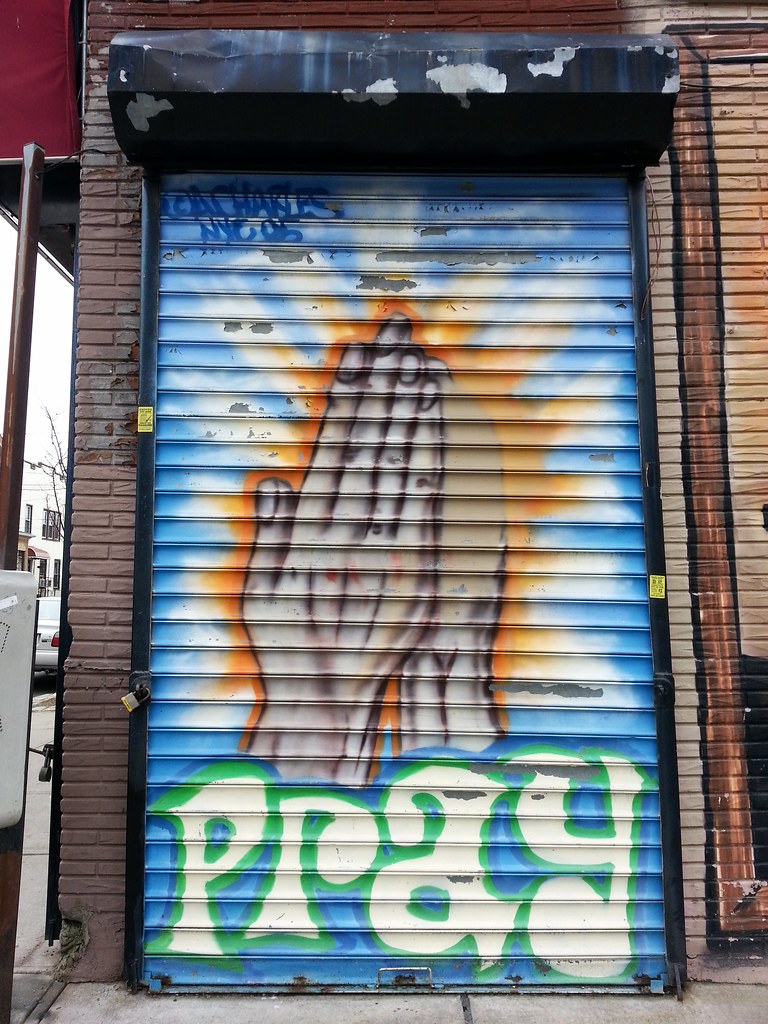 Time for another round 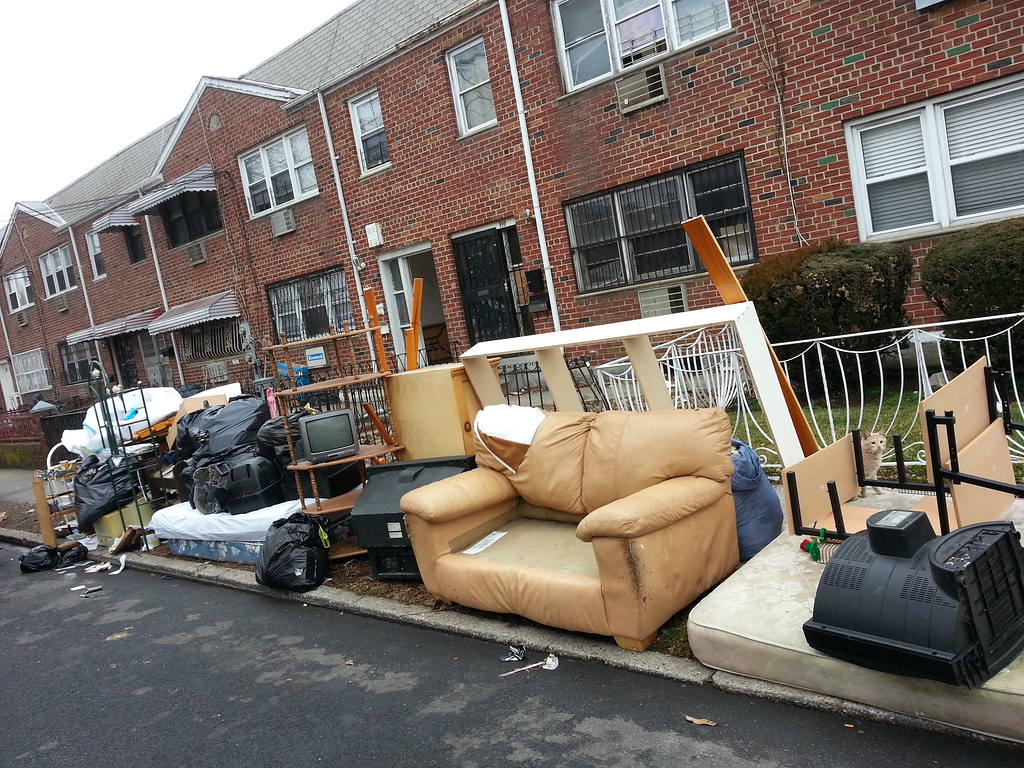 of Find That Kitty!

A rather graphic graphic 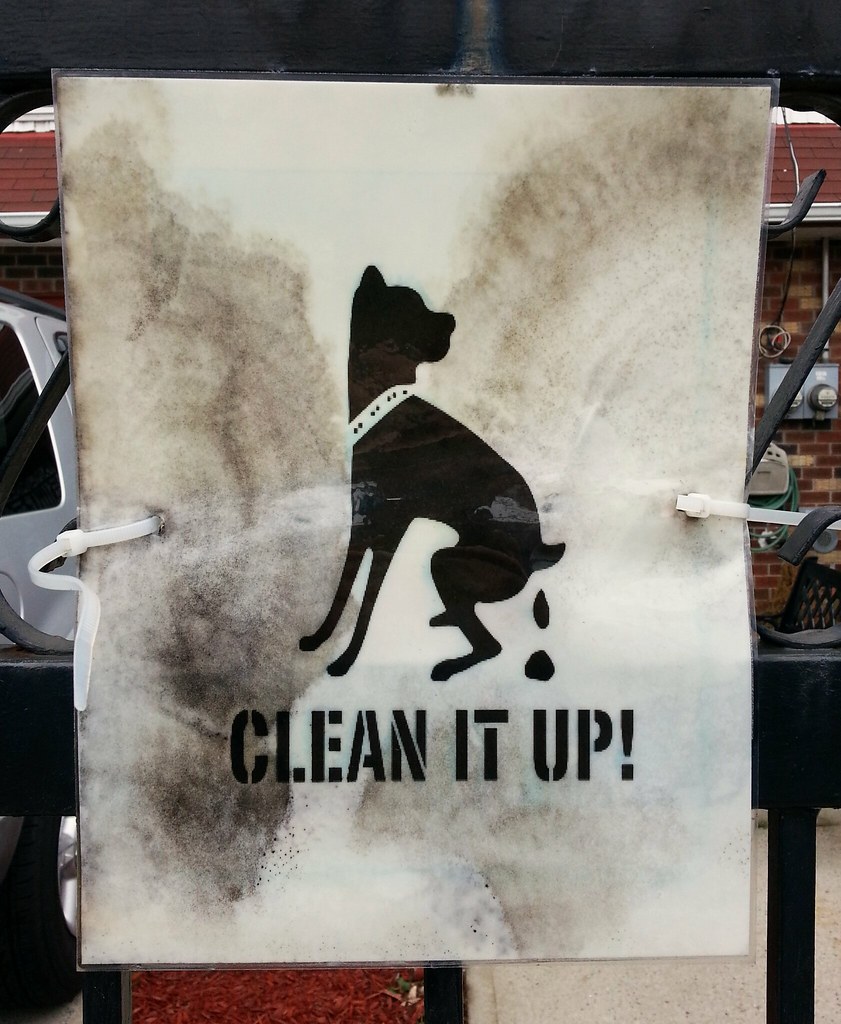 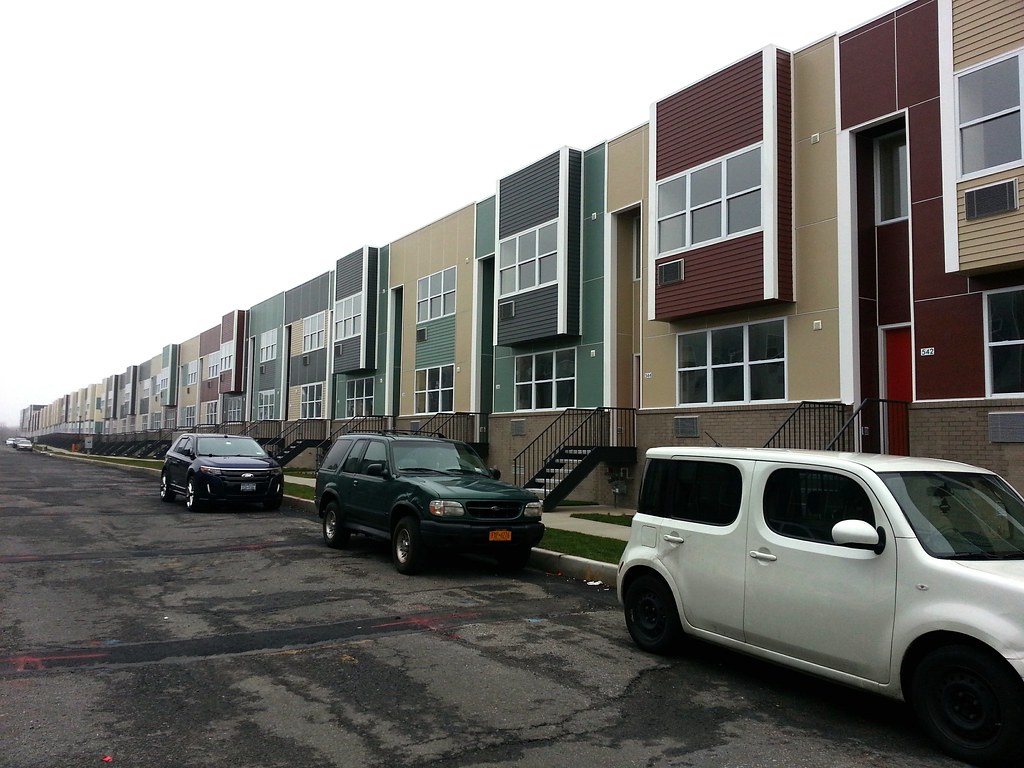 This variegated row of rectangles is part of Nehemiah Spring Creek, a development within Gateway Estates, which itself is a new neighborhood of affordable housing, decades in the making, that is finally being built on a formerly empty expanse of landfill in East New York. Designed by the renowned architect Alexander Gorlin, these homes consist of prefabricated modules that are assembled in a factory at the Brooklyn Navy Yard and then trucked across the borough to Spring Creek.

The non-profit group putting up these houses, Nehemiah, is named after the biblical leader who rebuilt the walls of Jerusalem. It is backed by East Brooklyn Congregations, a consortium of local churches that banded together in 1980 to revitalize the blighted neighborhoods of Brownsville and East New York, places where other developers wouldn't even think about building. Nehemiah's focus has always been on keeping costs as low as possible by erecting large batches of houses at once, in the hope that a concentrated influx of new homeowners could provide stability to a formerly deteriorated area. They have been largely successful in this approach, but, as a result, their architecture typically lacks much in the way of character.

Spring Creek, however, offers a striking departure from the blandness of previous Nehemiah projects. The facades are still quite minimalistic, but their irregularly alternating patterns and colors are anything but boring. Walking around here on a foggy Sunday afternoon was a surreal experience; I felt at times like I was stuck inside an endless alien suburb, but I was simultaneously captivated by the arresting visual landscape. It's unlike any other place I've seen in NYC. Adding to the strange vibe was the fact that there weren't any stores or restaurants to be found — there is a gigantic mall on the south side of the Gateway development, but it's not accessible to pedestrians in the residential area — but apparently that's going to change soon. With the intention of encouraging interactions among neighbors, all the driveways at Nehemiah Spring Creek are placed behind the houses, allowing the front doors to open directly onto the sidewalk. 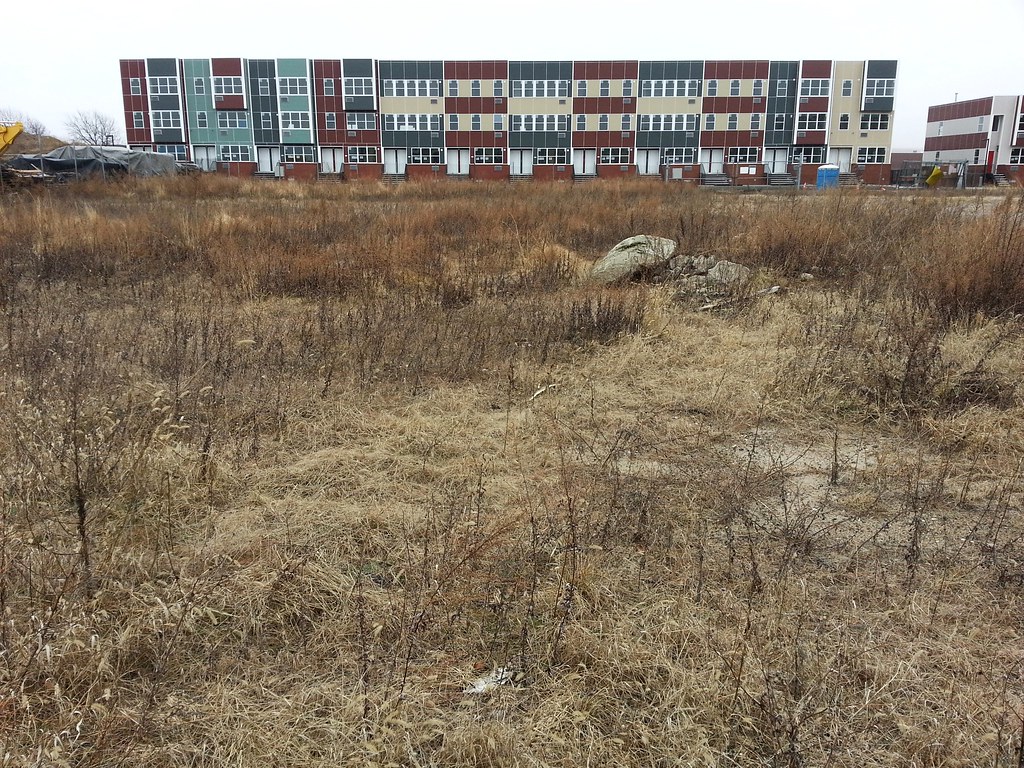 A freshly minted row of town houses at Nehemiah Spring Creek looks to be almost ready for its new occupants. 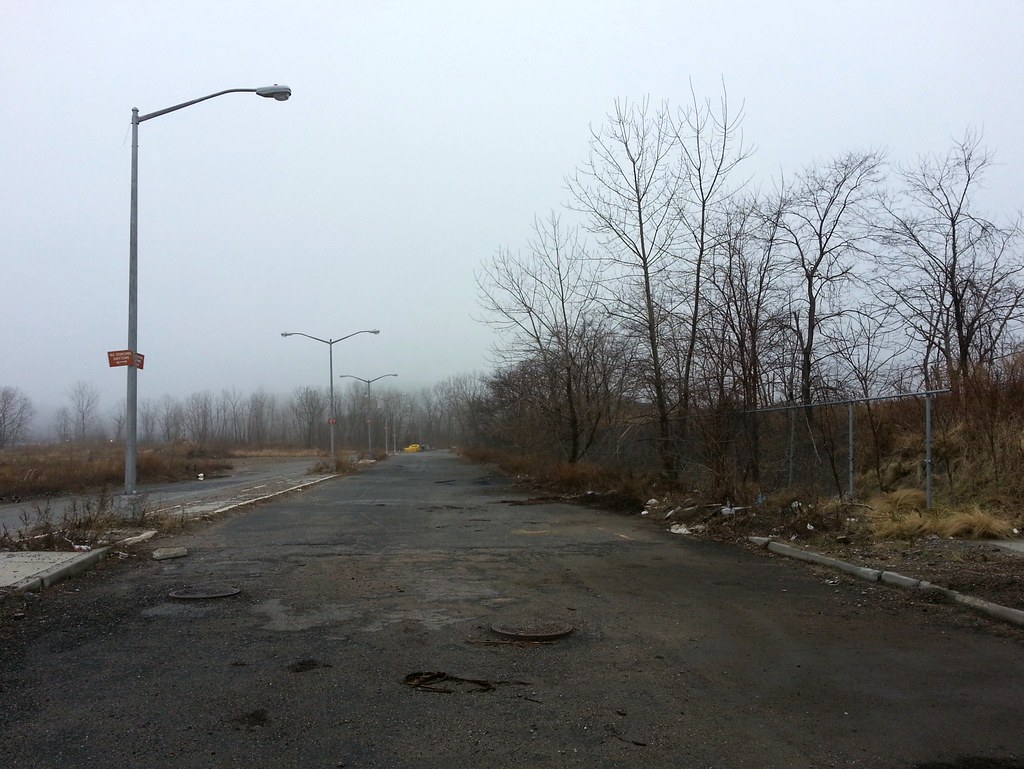 Built 20-some years ago when the city first started planning to develop what is now Gateway Estates, this stretch of Vandalia Avenue and its associated infrastructure have been lying dormant ever since, just waiting for their chance to shine.

A playground for aspiring nerds 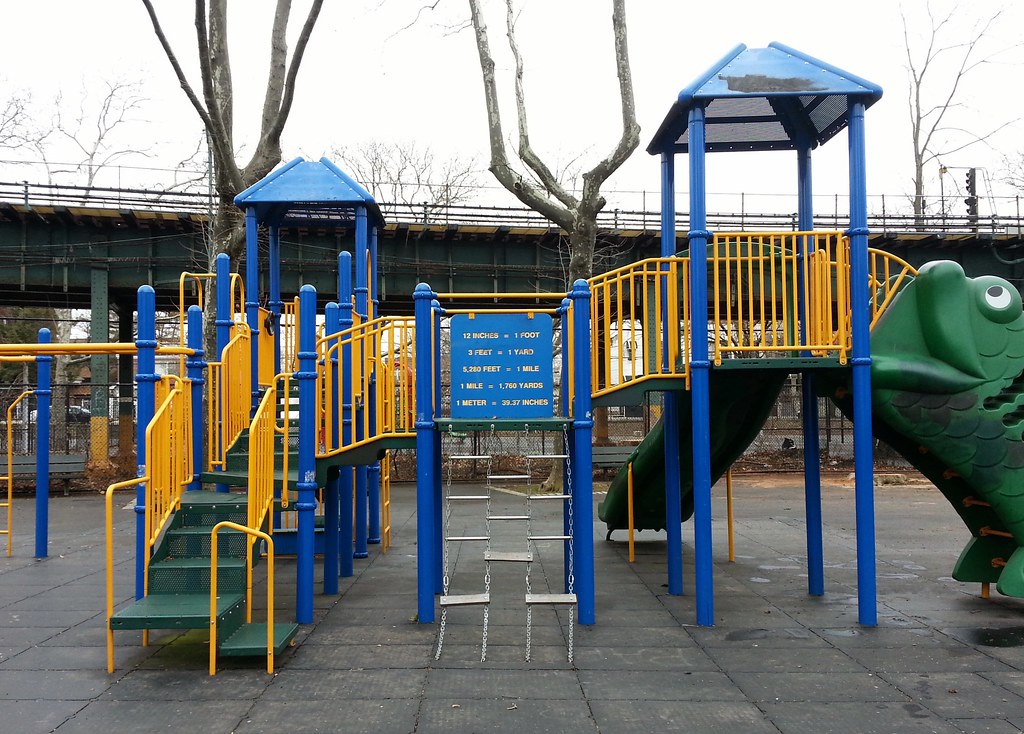 Unit conversions on the jungle gym! Here's a closer look.

The elevated subway line in the background, separating Elton Playground here from Linwood Playground on the other side, is the New Lots Line. 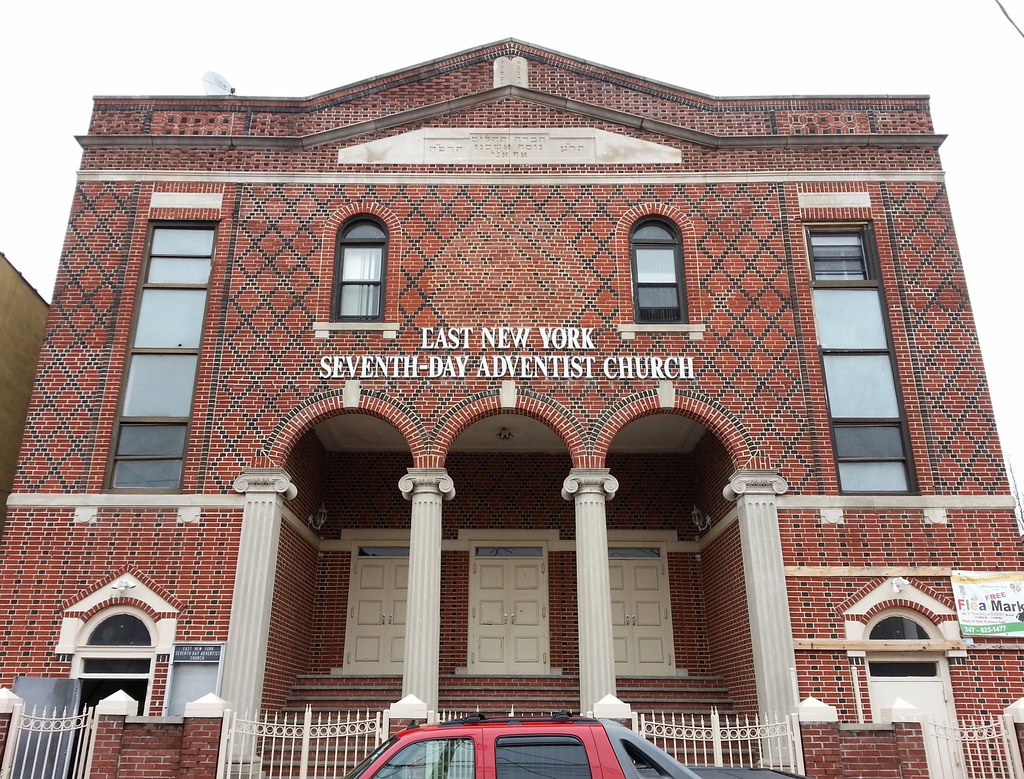 Like the South Bronx, East New York was once a heavily Jewish area, and many of its synagogues have now become houses of worship for other faiths. This one was originally Congregation Chevra Tehillim Nusach Ashkenaz. 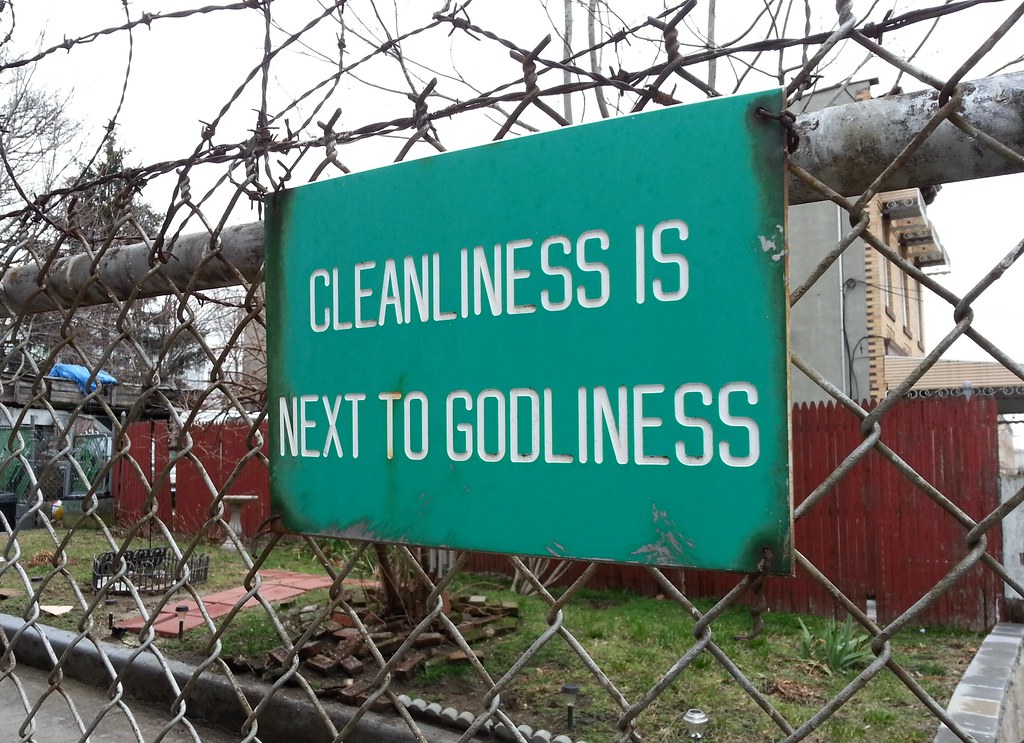 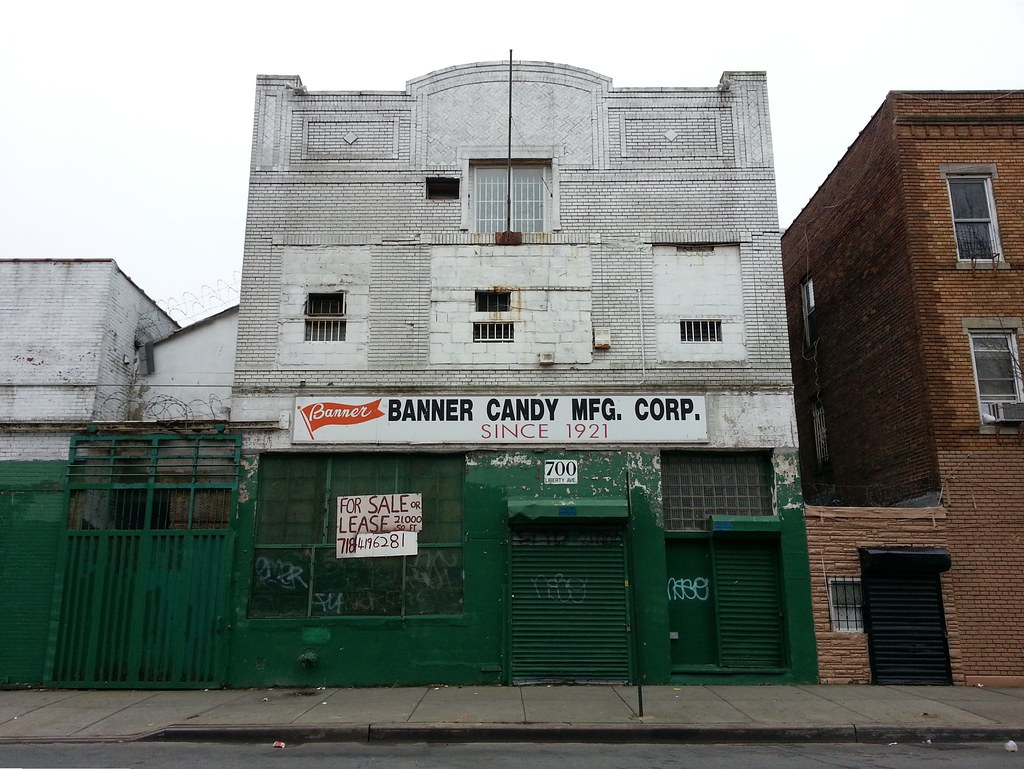 This company was apparently once "one of the largest pan candy producers in the East". 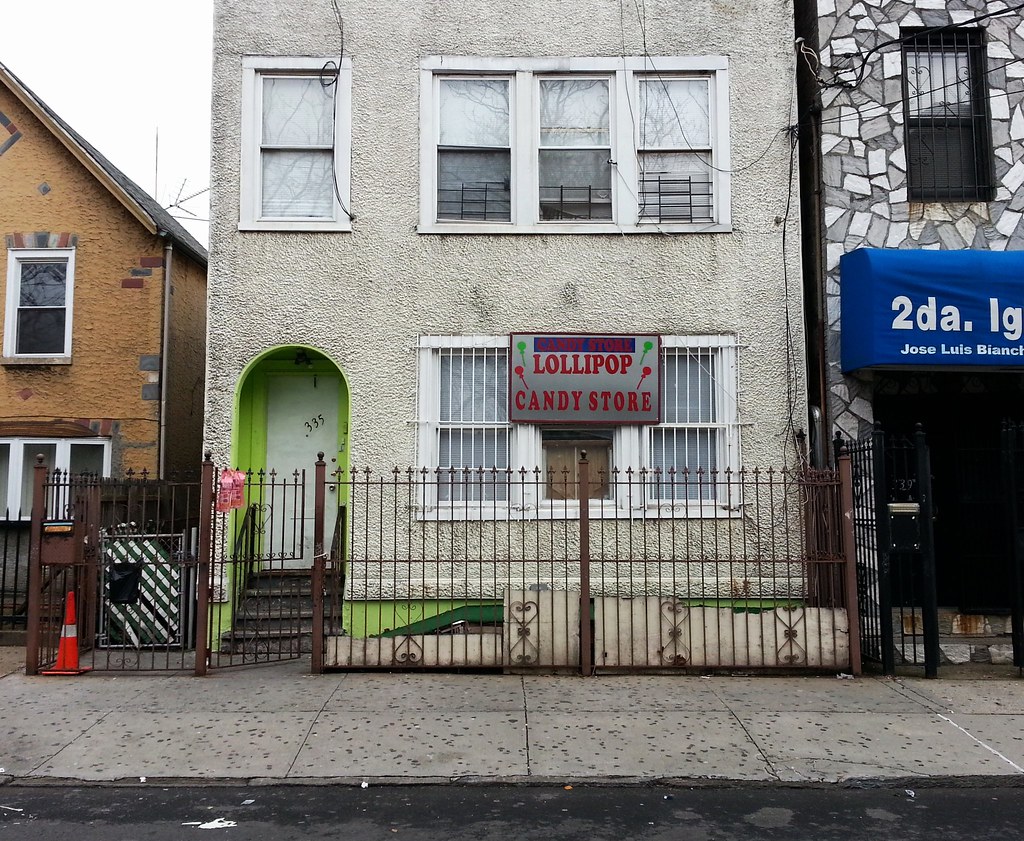 Only open during commercial breaks, I guess. 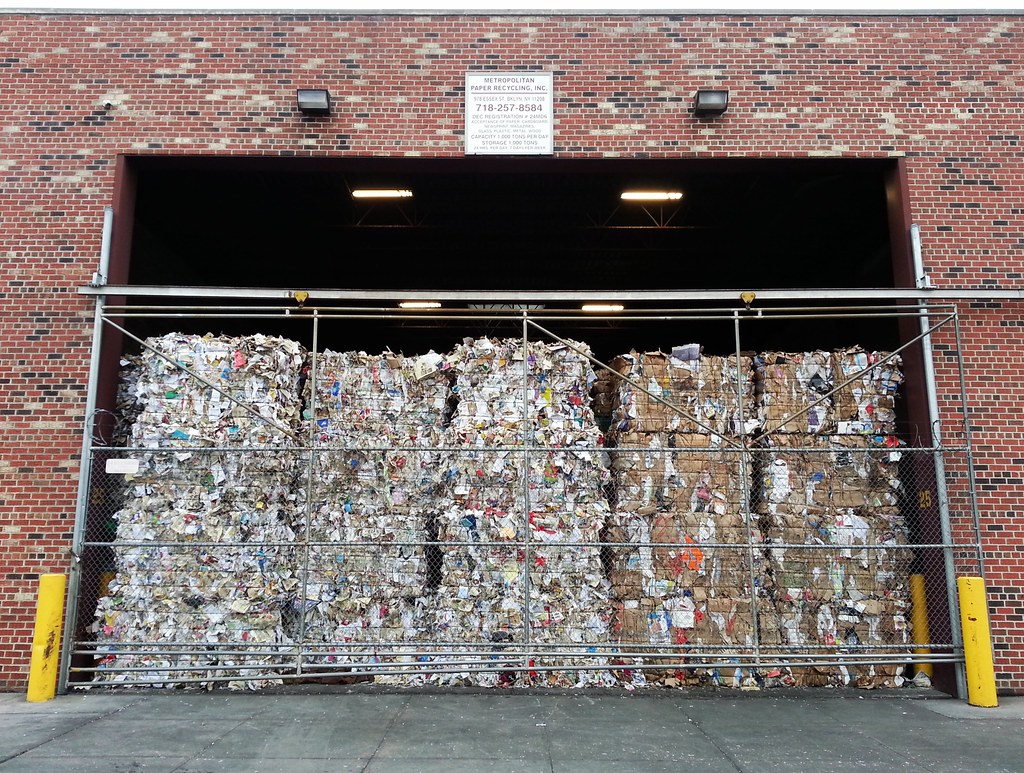 Motorcycle club on the loose 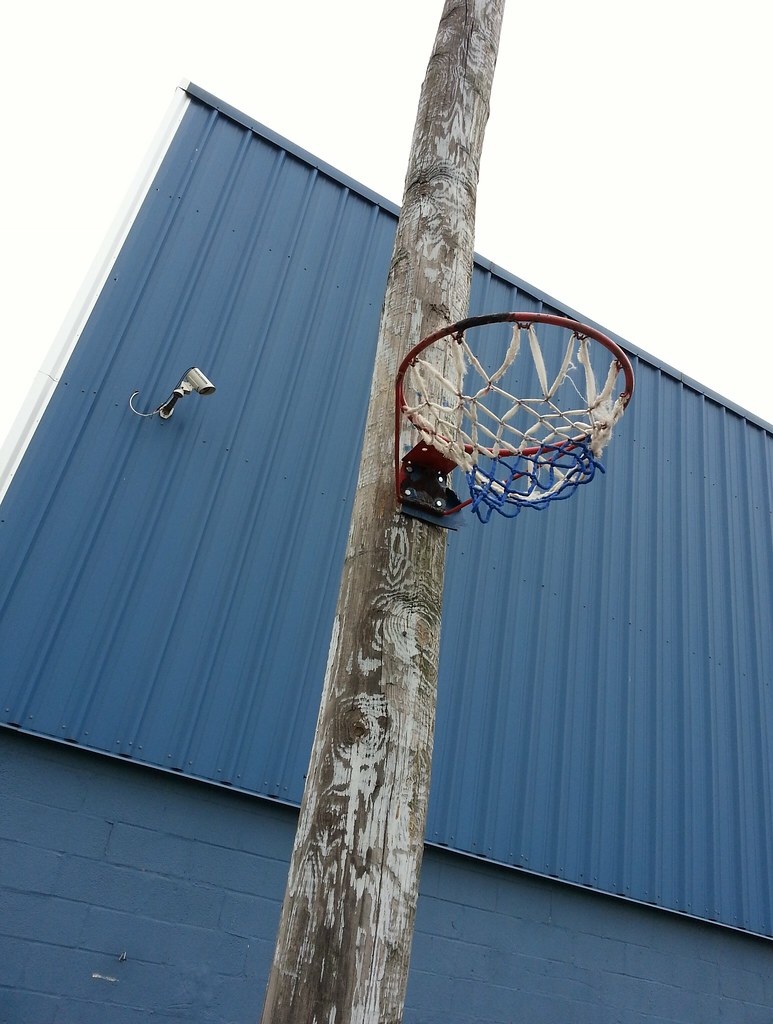 At least no more easy ones.

A guy at this self-storage facility said there was once a big basketball fan who worked here. After he died, his co-workers found this hoop among his belongings, and they put it up on the pole as a memorial to him. 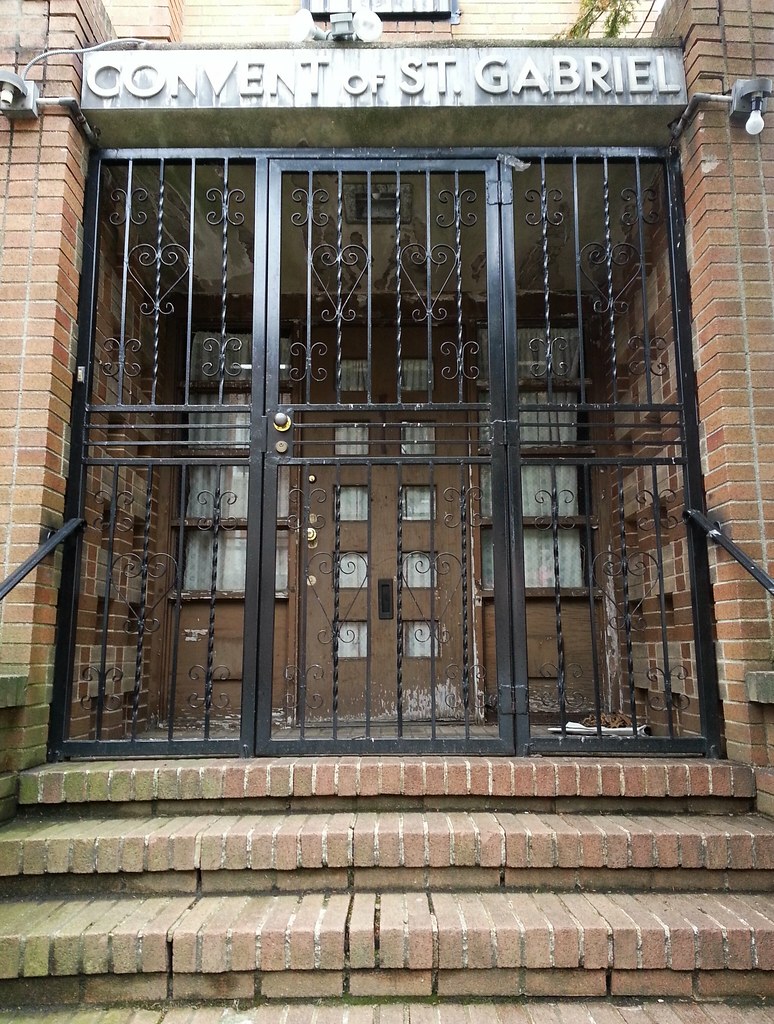 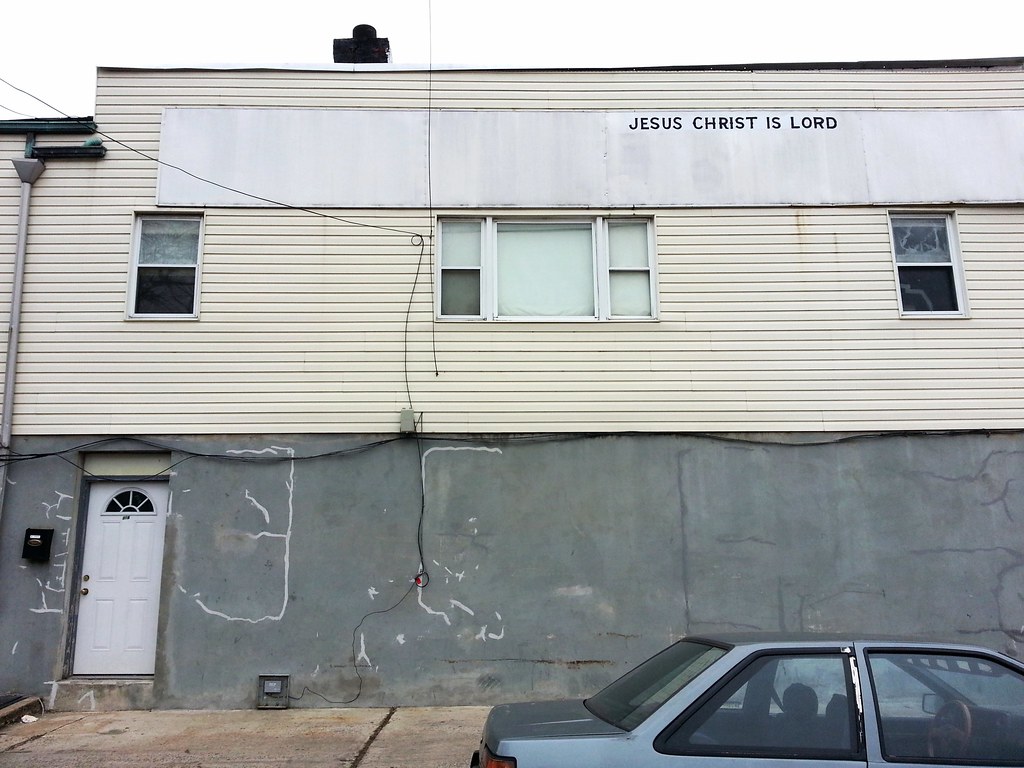 All the others have vanished. 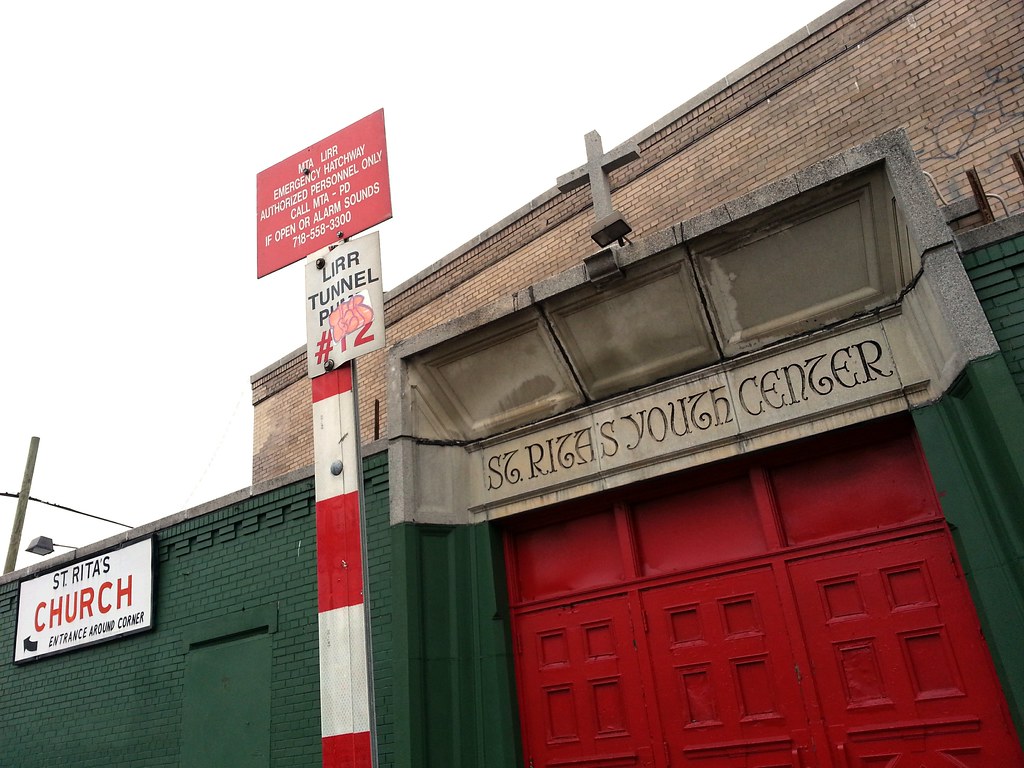 and a pump for the LIRR tunnel running beneath Atlantic Avenue

Ghosts of Christmas Past 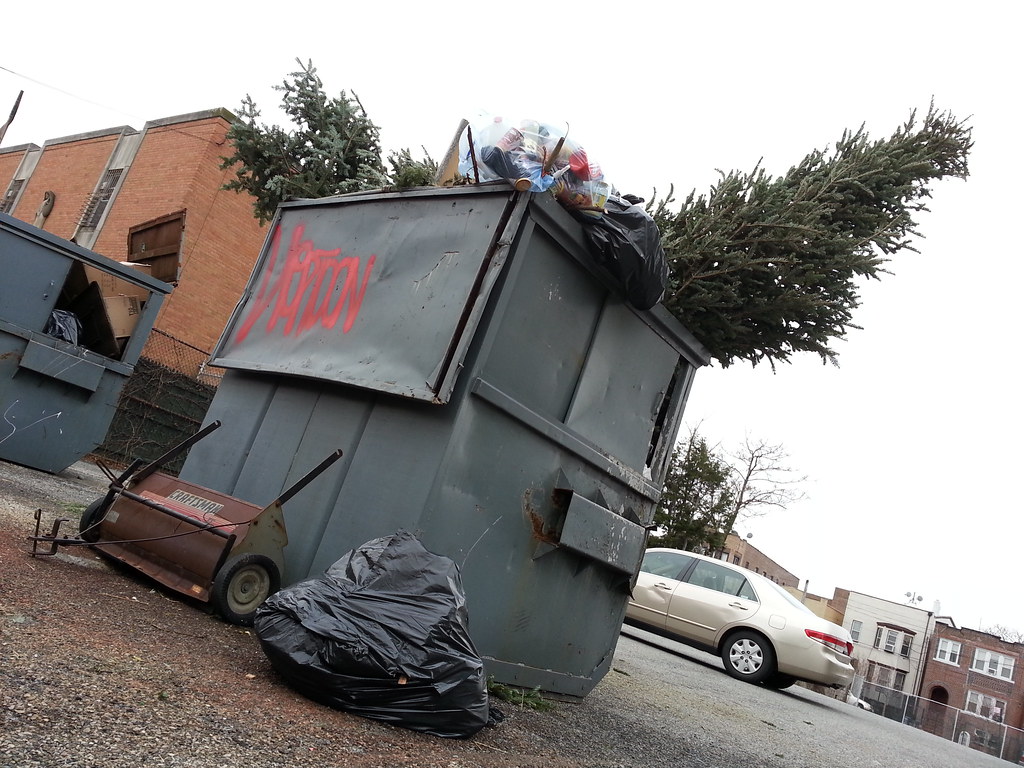 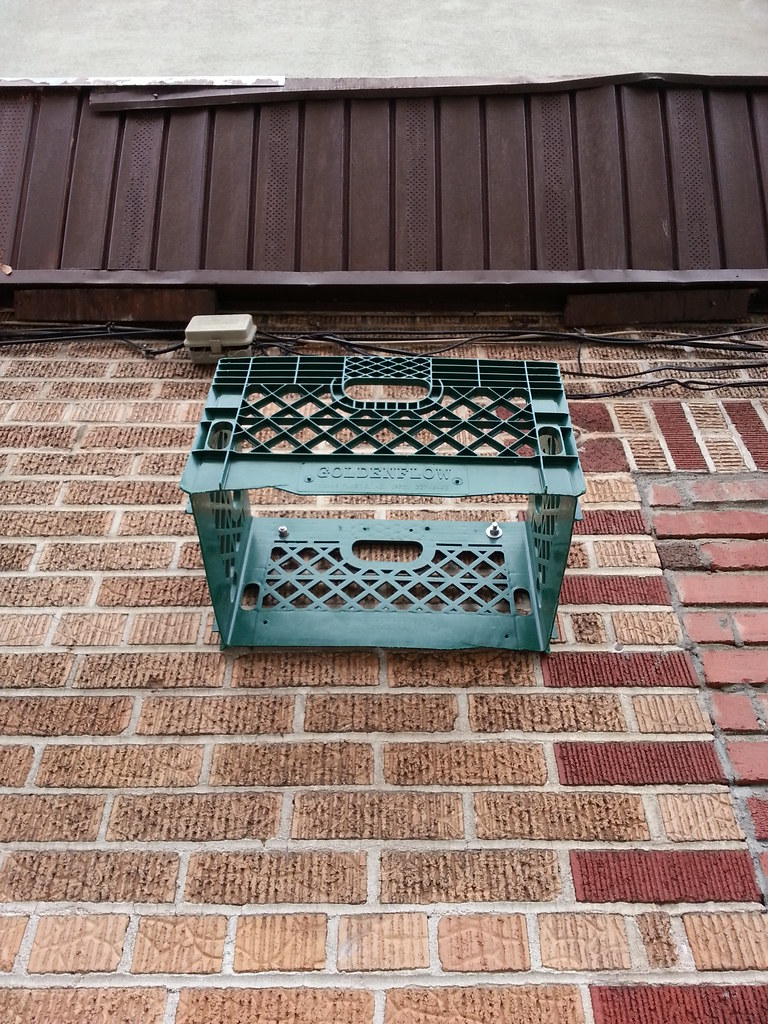 Good advice for us all 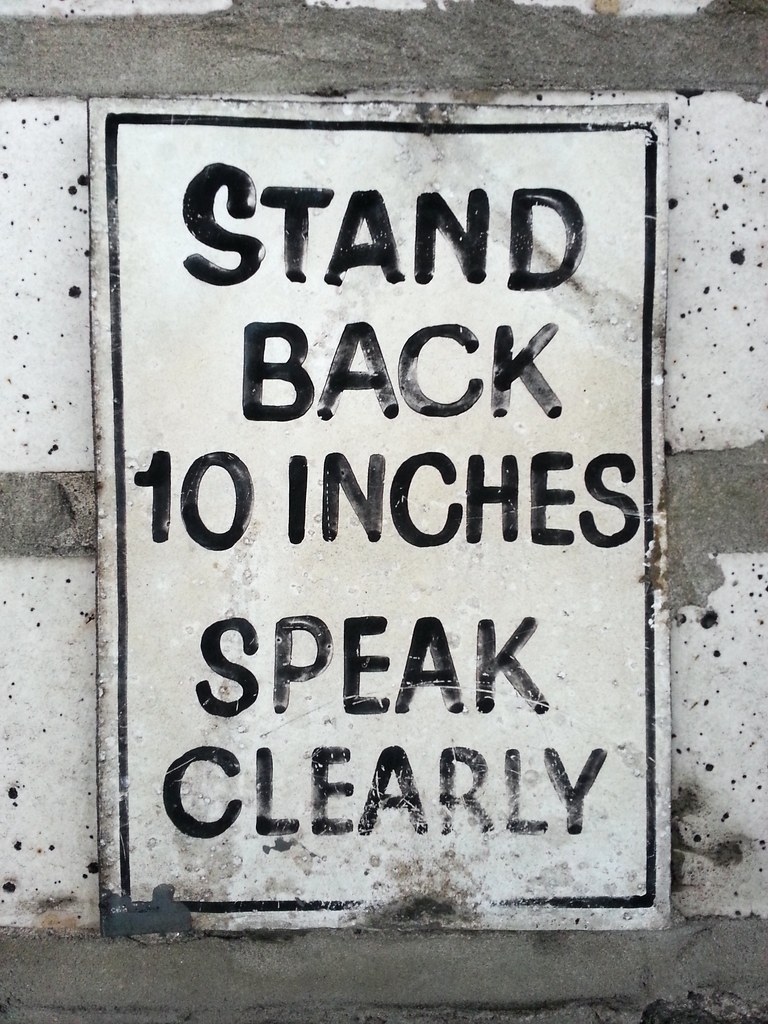 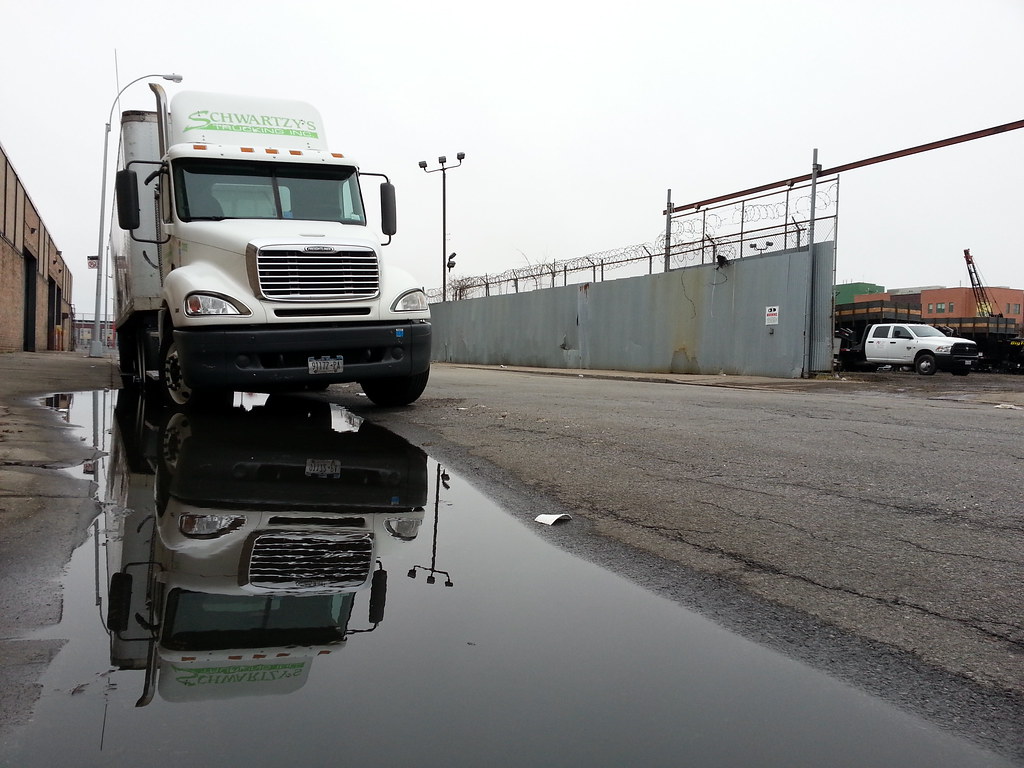 A portal by any other name 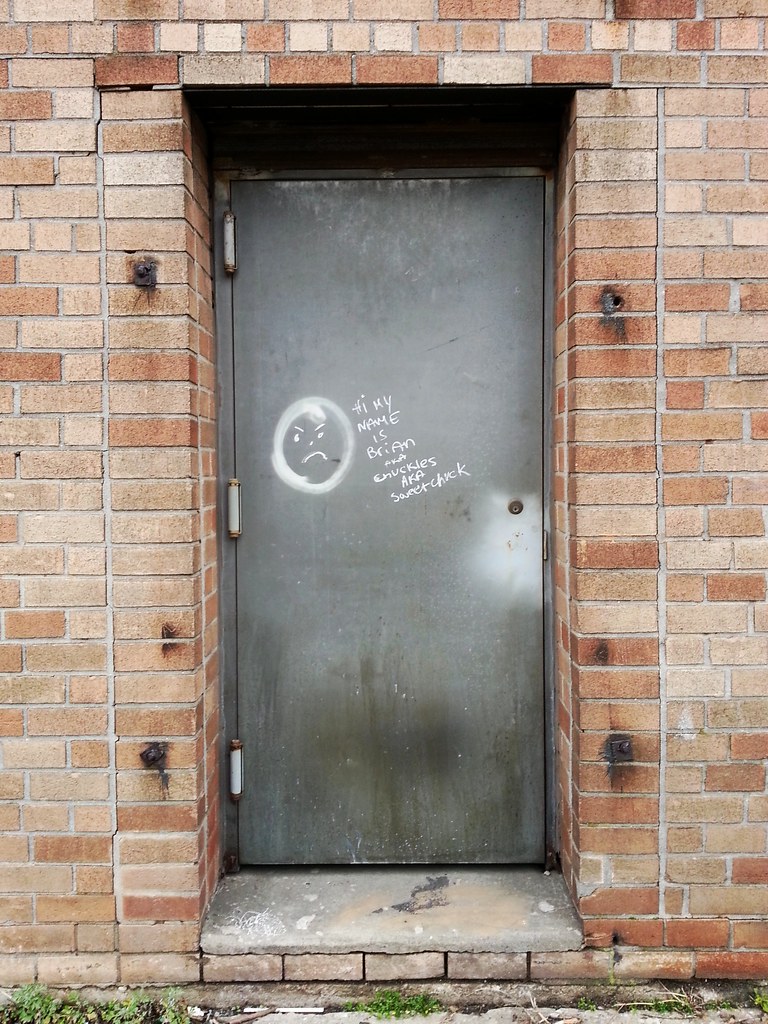 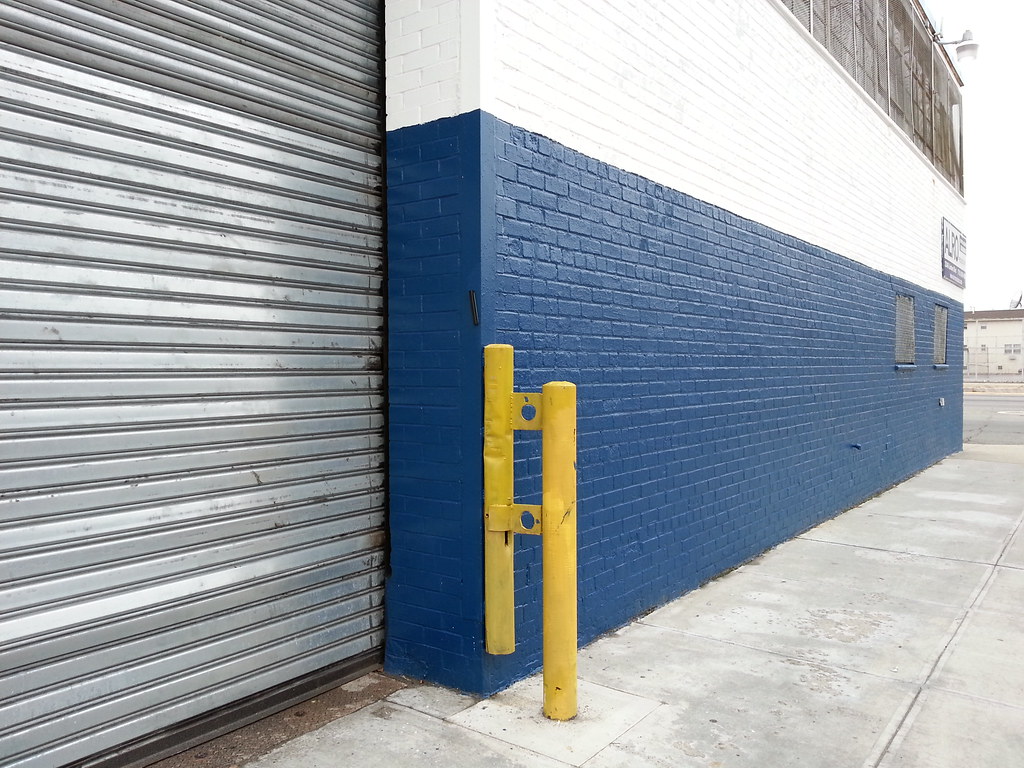 I haven't seen (or noticed, anyway) a mezuzah on a warehouse before. I had always thought mezuzot were only placed on residential doorposts, but apparently that's not true. 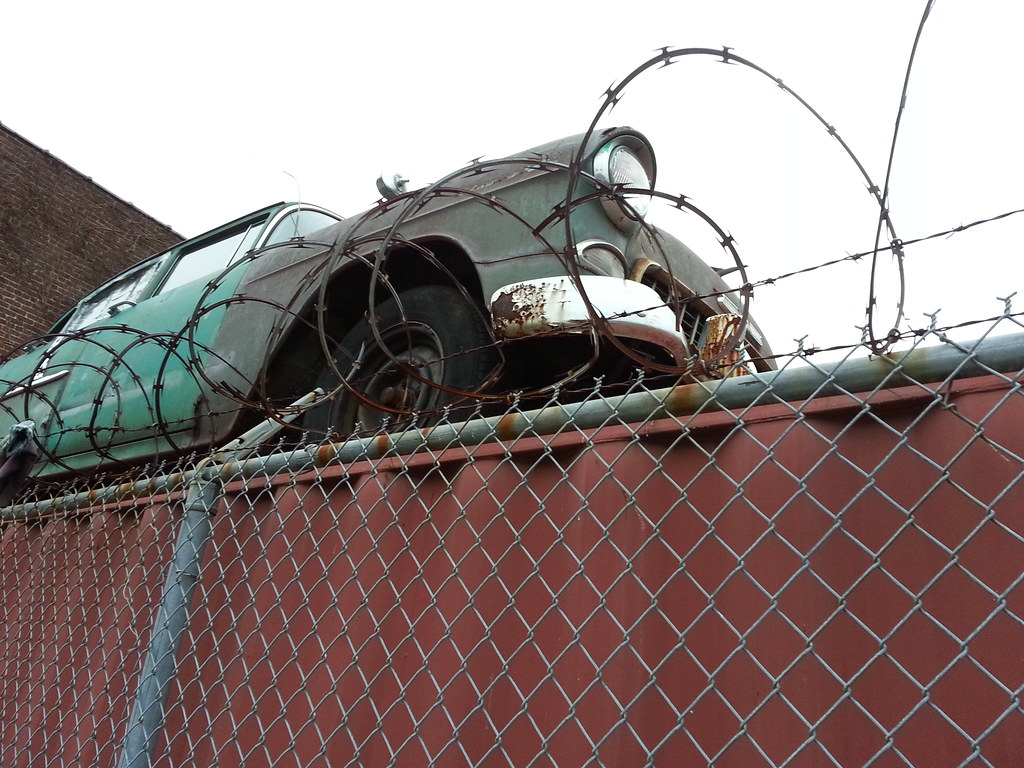 Looks like it's been sitting up on that container for more than five years! 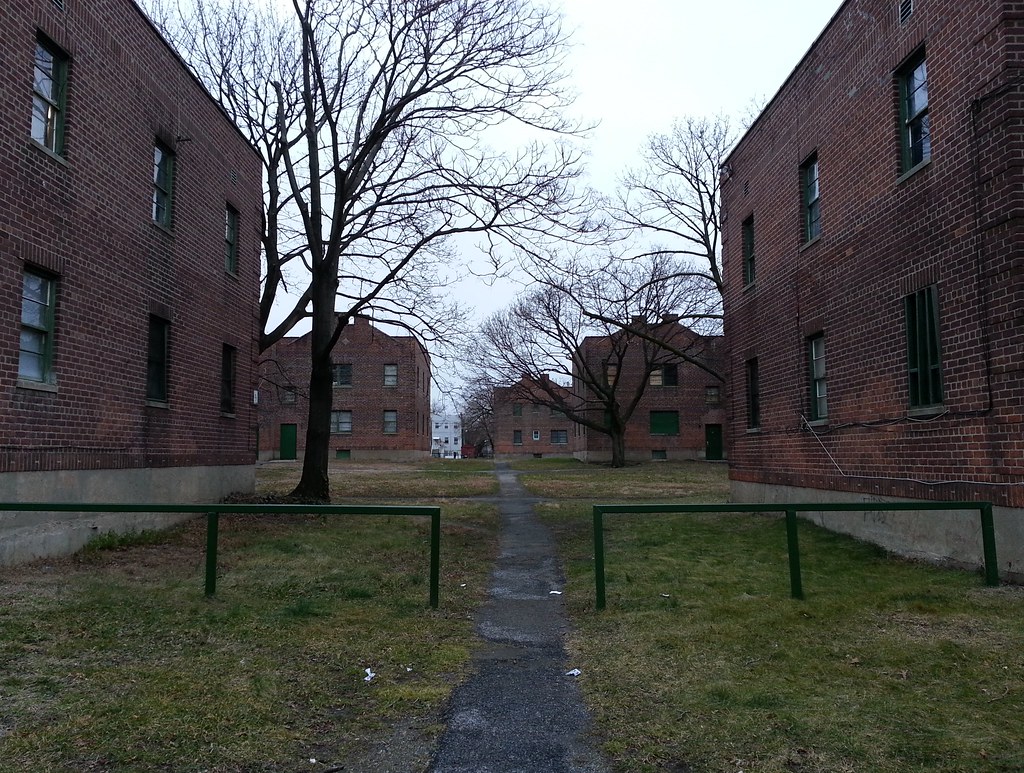 At first glance, this apartment complex looks to be totally vacant, but I saw a handful of lit-up windows, as well as several cars in the parking area. 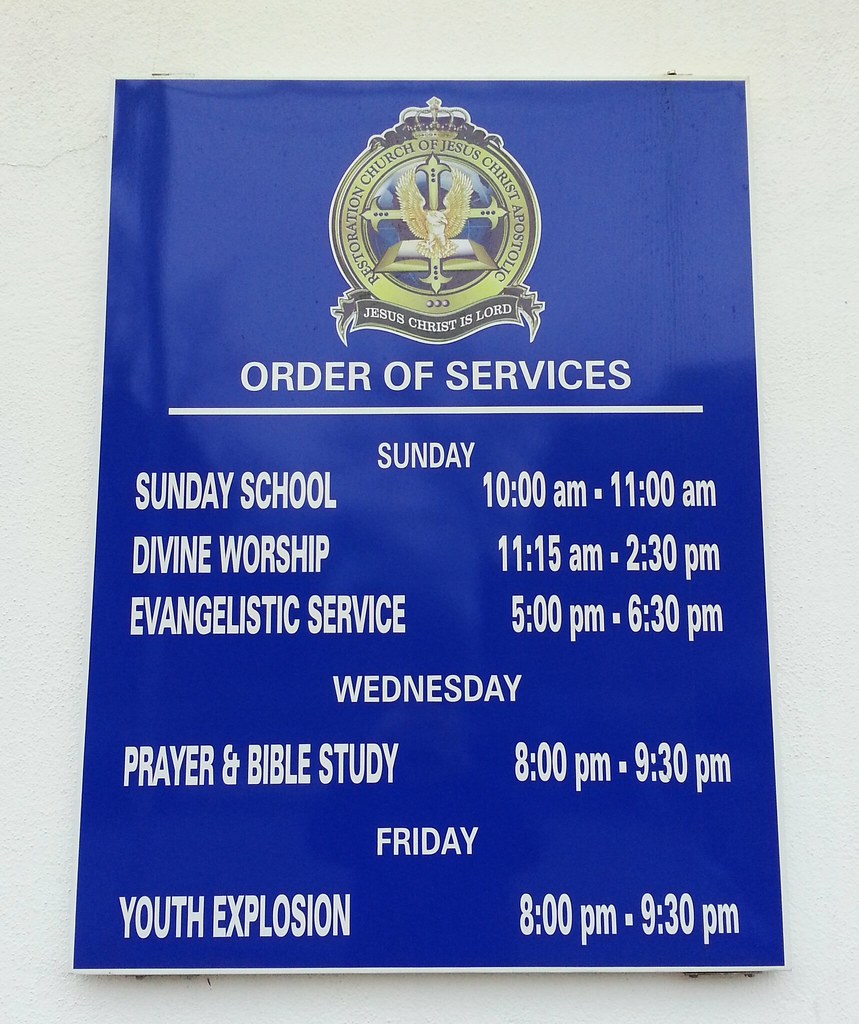 I bet it's catered by Food Blast.

Beneath the J train 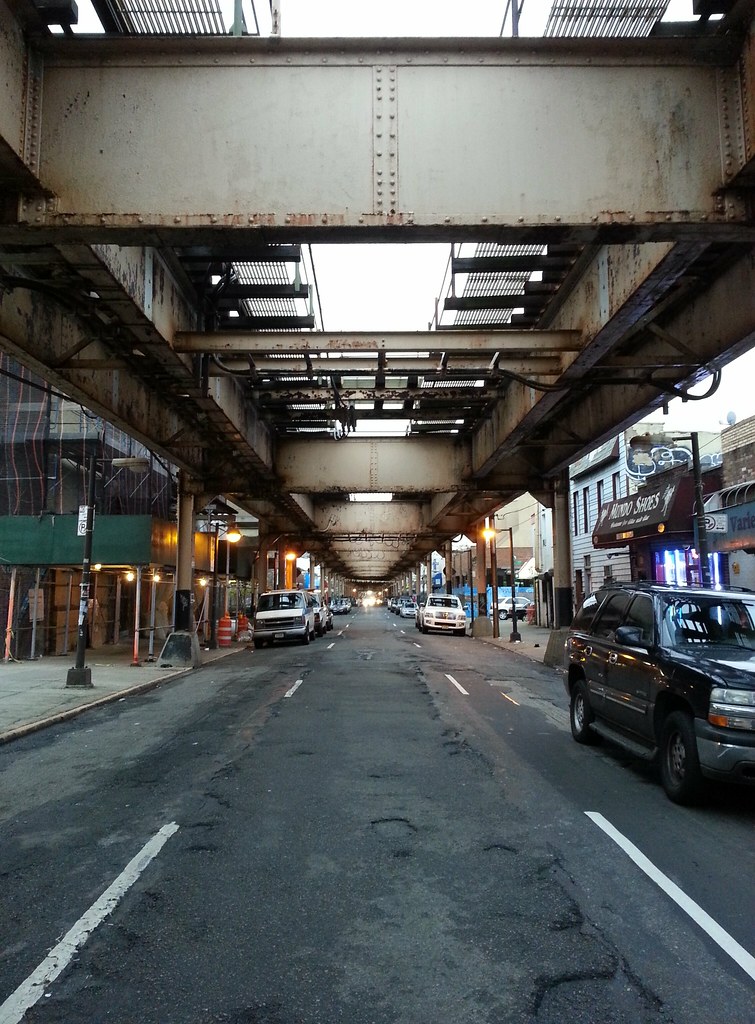