And what a filthy bed it is 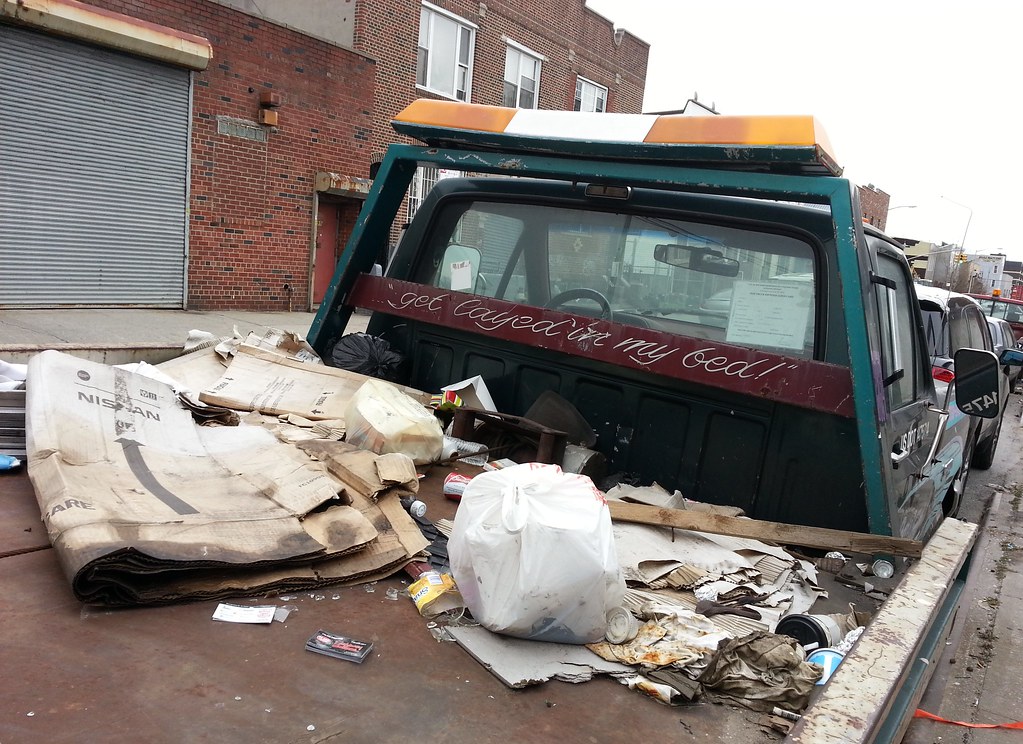 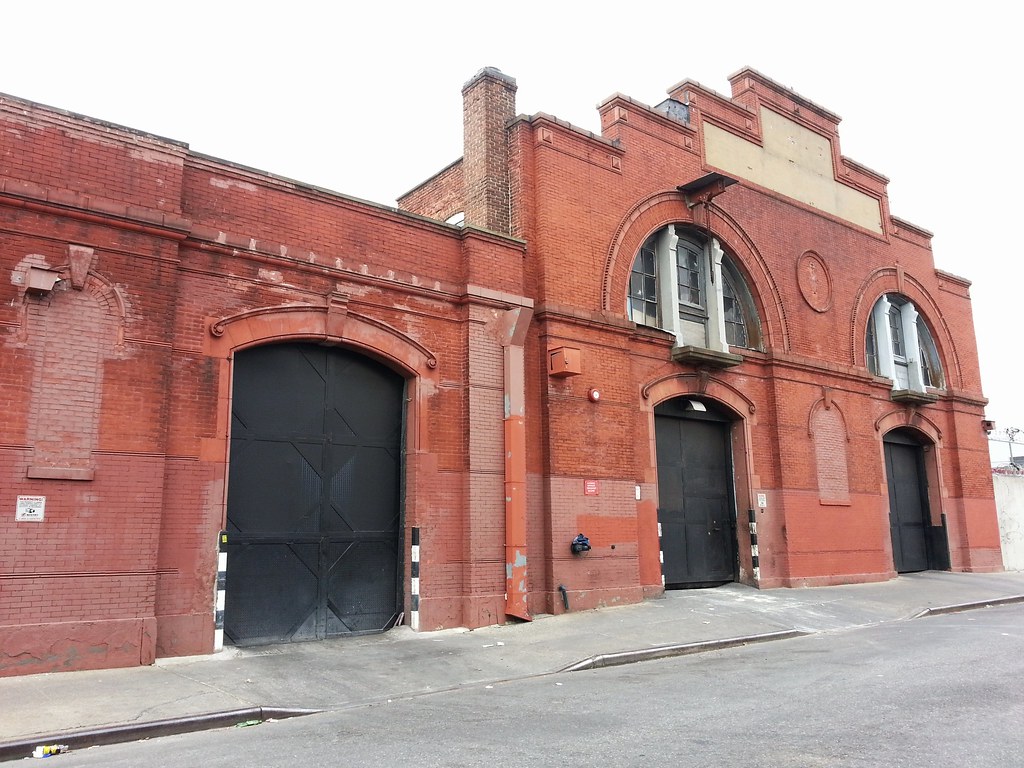 This building is a remnant of the old East New York brewery that produced Piels beer from the late 1800s until 1973. Piels is probably best remembered for its Bert and Harry ad campaign from the 1950s — starring Bob and Ray, it was "among the first and one of the most celebrated attempts to use humor to sell a product on television", and the spots were so popular that newspapers would print schedules of when they'd be airing on TV — but I personally prefer this terrible Jimmy Breslin commercial from the late '70s, after the Piels name had been purchased by the Schaefer Brewing Company. 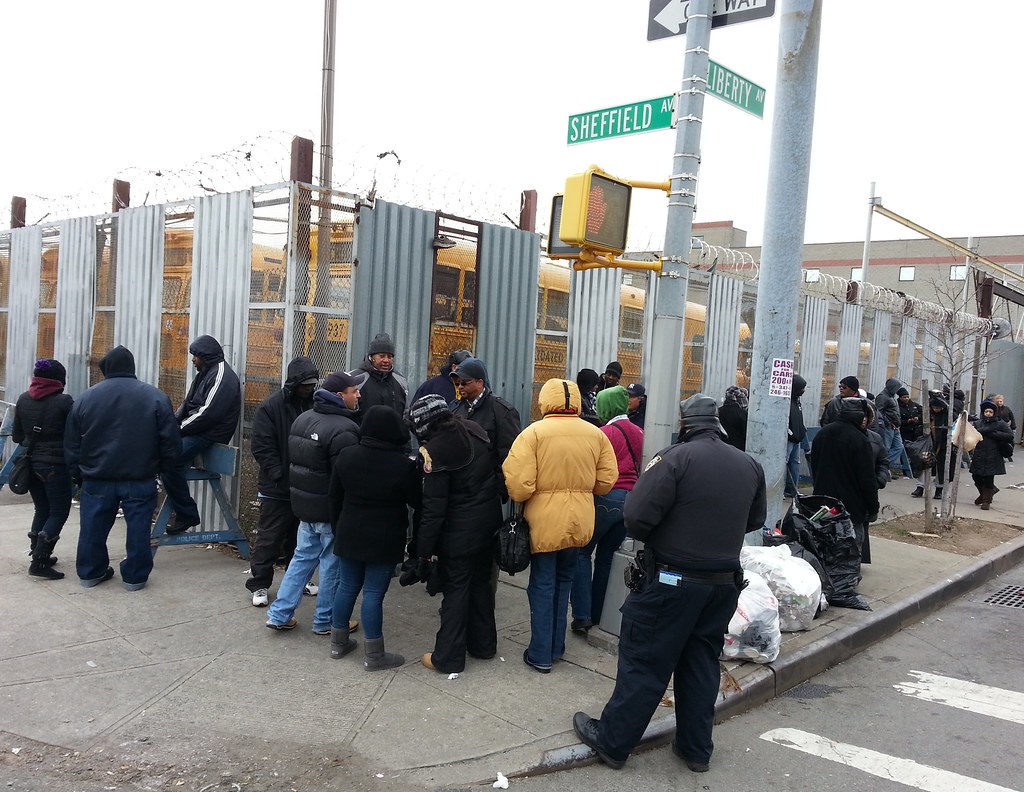 More than half of the city's school buses are out of commission during the ongoing strike by Local 1181 of the Amalgamated Transit Union. These picketers seemed less than enthusiastic about the cause, however. One guy with a megaphone was trying desperately to conjure up a lively show of union spirit, but to no avail:

Almost everyone totally ignored him and carried on with their conversations as if he weren't there. He eventually managed to convince a dozen other strikers to join him on a single, rather languid lap of the block. Let's take a look and a listen...

These striking transit union workers mean business! Wait, what's that they want? DVDs? And is someone squeezing a rubber ducky? 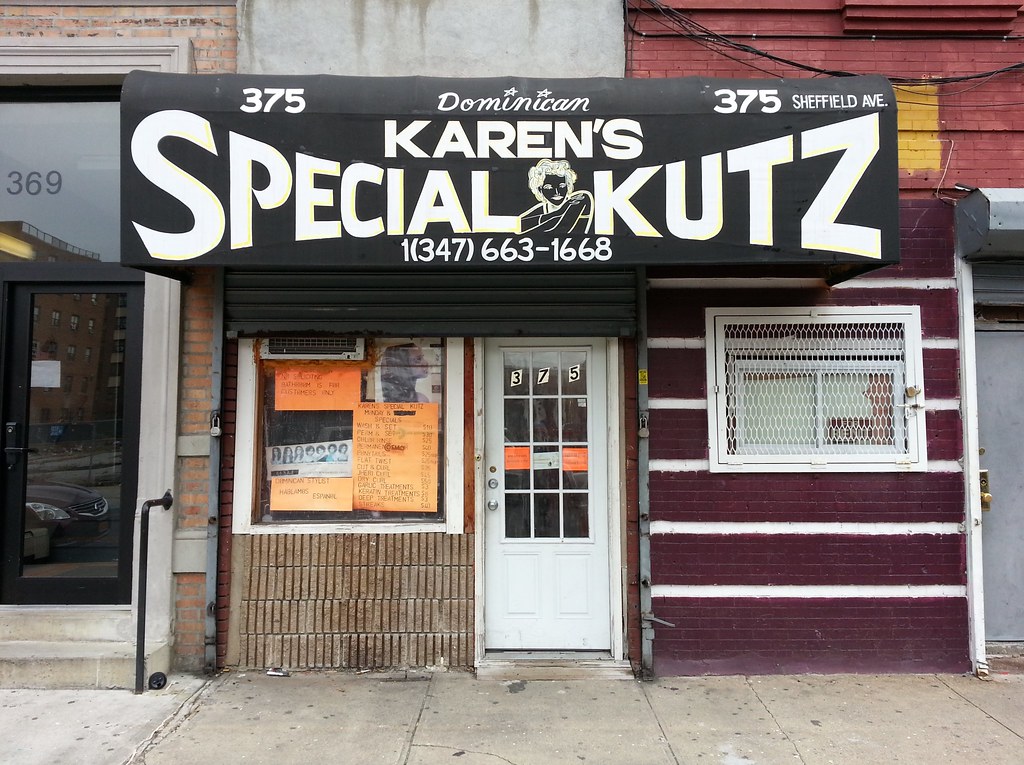 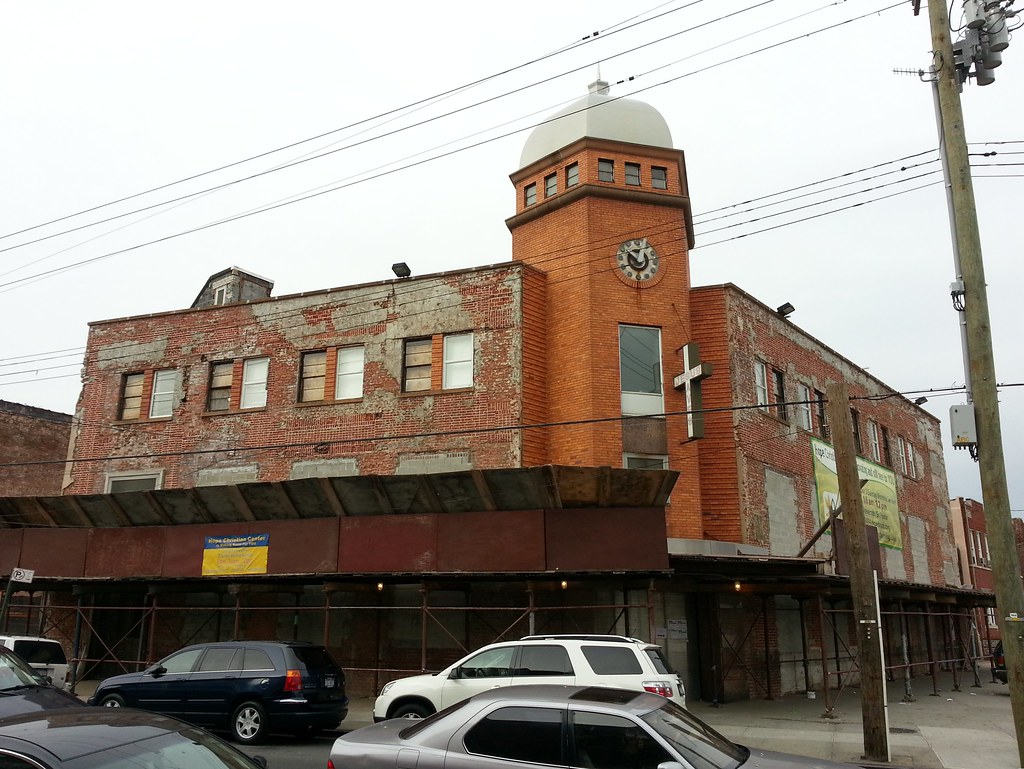 Here we have another bank turned church. The alley that runs around the back of the building still sports a sign that reads: "Entrance to Drive-In Bank". 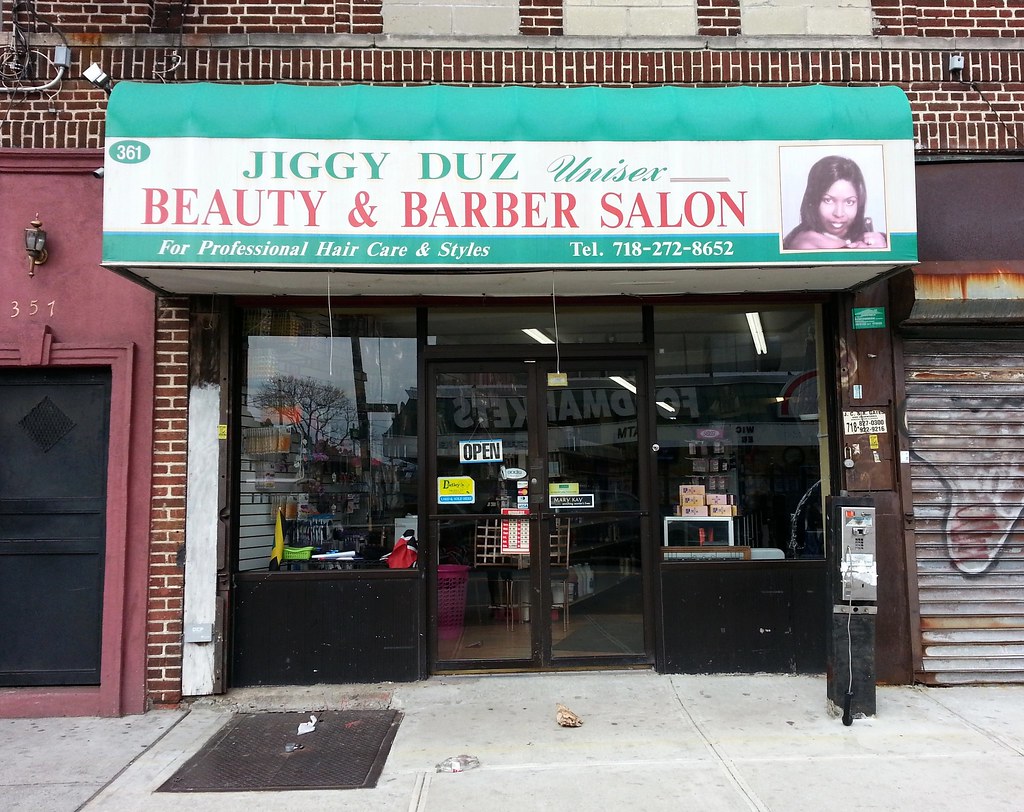 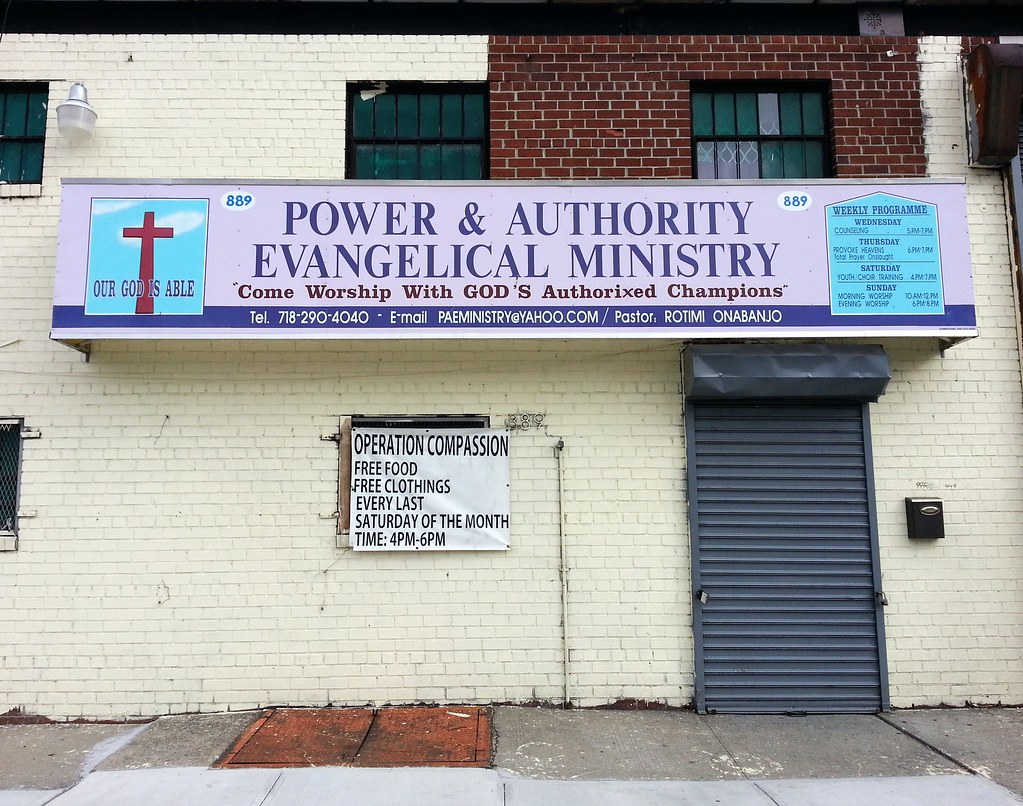 1) It's tough to see in the photo, even up close, but the fifth word on the third line looks like it used to be "Authorised". Someone apparently realized that's not the common American spelling and corrected it to read "Authorixed".

2) The "Weekly Programme" (continuing with the British-influenced spellings) lists "Total Prayer Onslaught" on the schedule for Thursday nights. Until I published this post, the words "Total", "Prayer", and "Onslaught" did not exist consecutively anywhere on the internet, at least not as far as Google could tell. 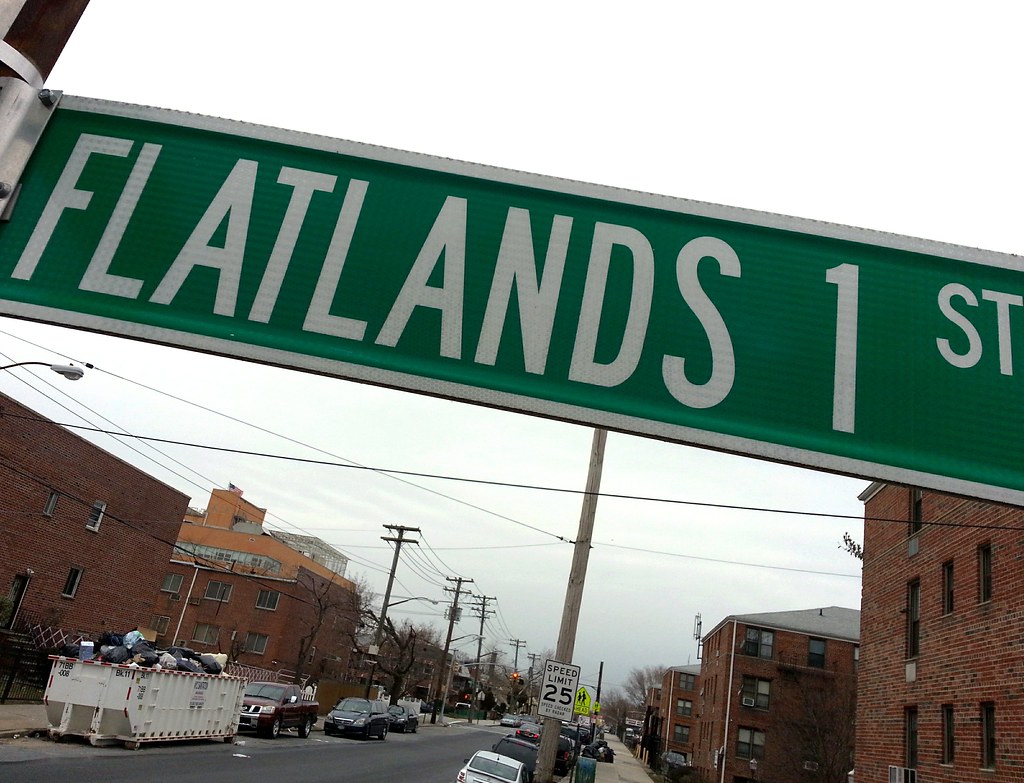 In addition to the plain numbers, Brooklyn has several other sets of numbered streets, each with its own unique prefix. Here we are at Flatlands 1st Street in Canarsie (the highest numbered street in this series is Flatlands 10th). The other prefixes in use are North, South, East, West, Bay, Brighton, Paerdegat, and Plumb.

UPDATE: Add one more prefix to the list: Banner! 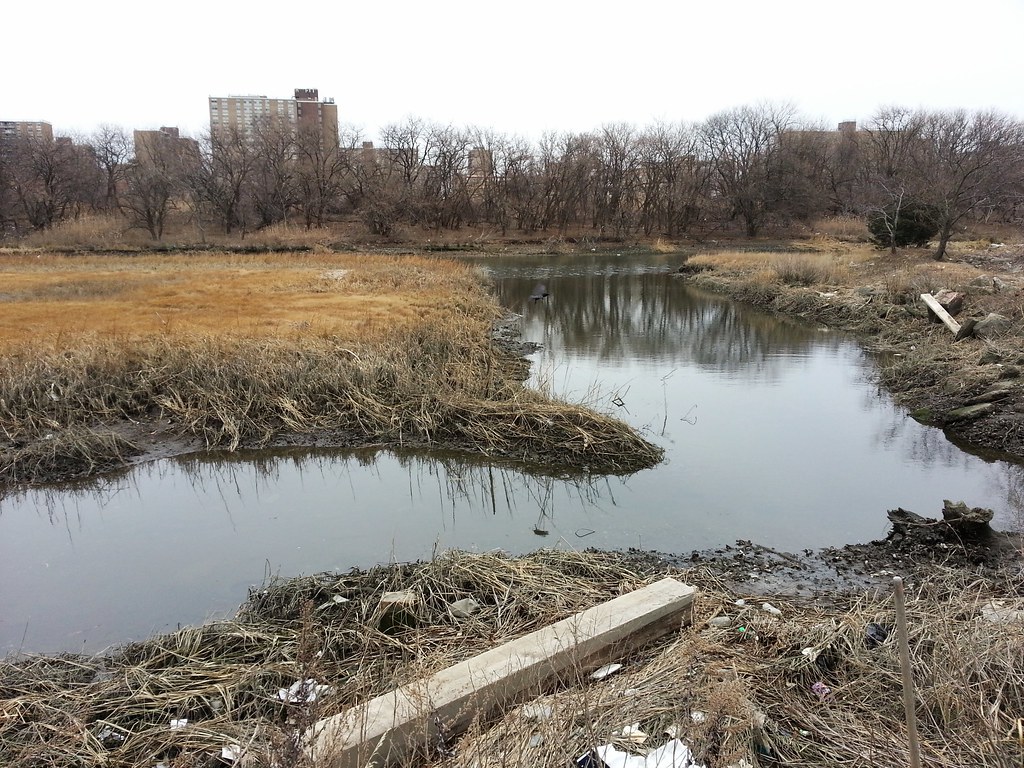 Here we are on the Canarsie side of the "nature preserve" we saw from Starrett City yesterday. 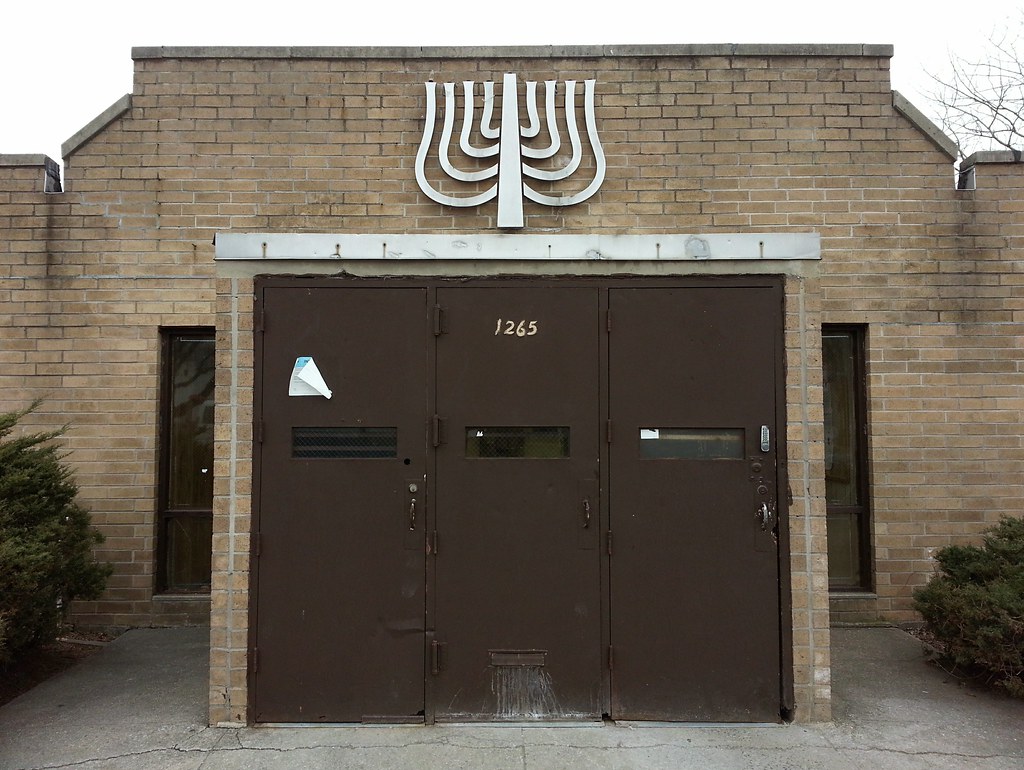 Young Israel of Canarsie ain't lookin' so young anymore. The same can be said about most of Canarsie's fading Jewish population. 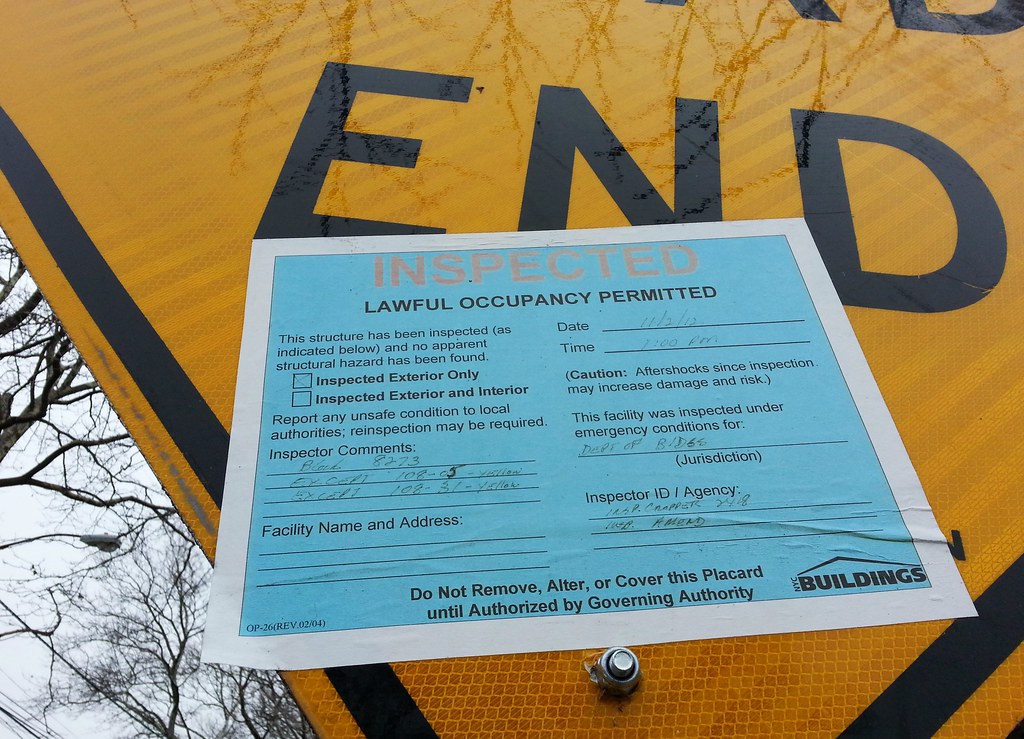 Post-Sandy house inspections on Flatlands 9th Street. A nearby resident told me that he and his neighbors all had to toss out everything that had been on the ground floor of their homes. Many of them were embarrassed by the hideous old furniture they had never gotten rid of, so, in order to keep people from seeing it, they would wait until they spotted the garbage truck coming before putting it out on the curb. 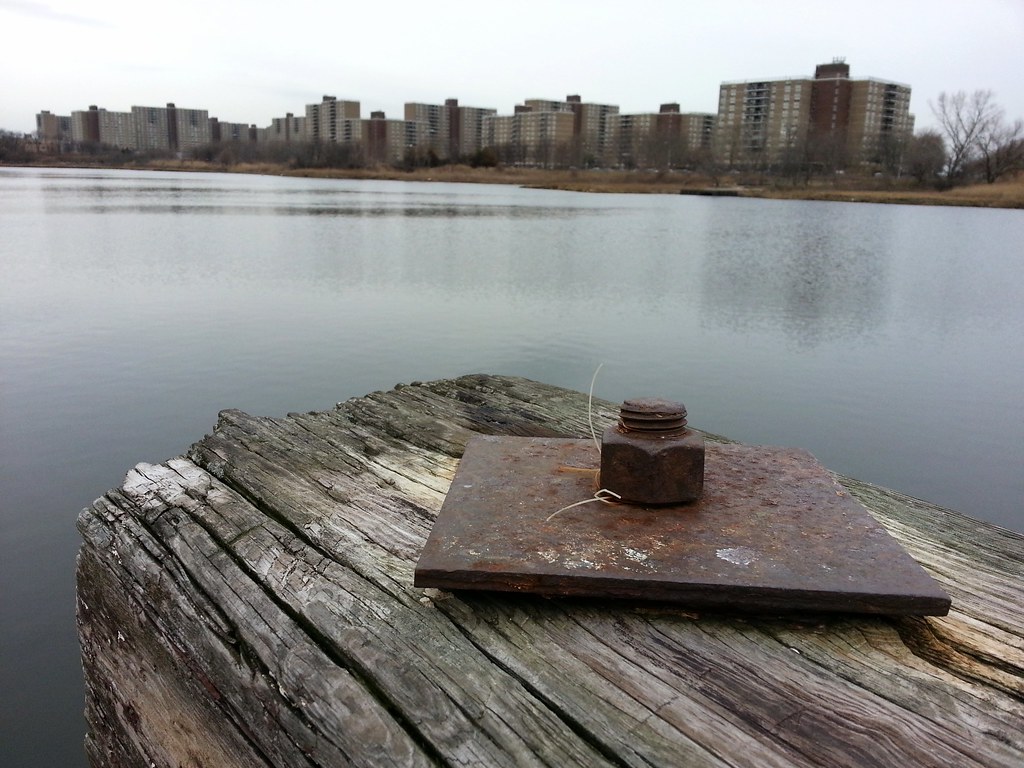 as seen from the Canarsie side of Fresh Creek

Traces of a fallen tree 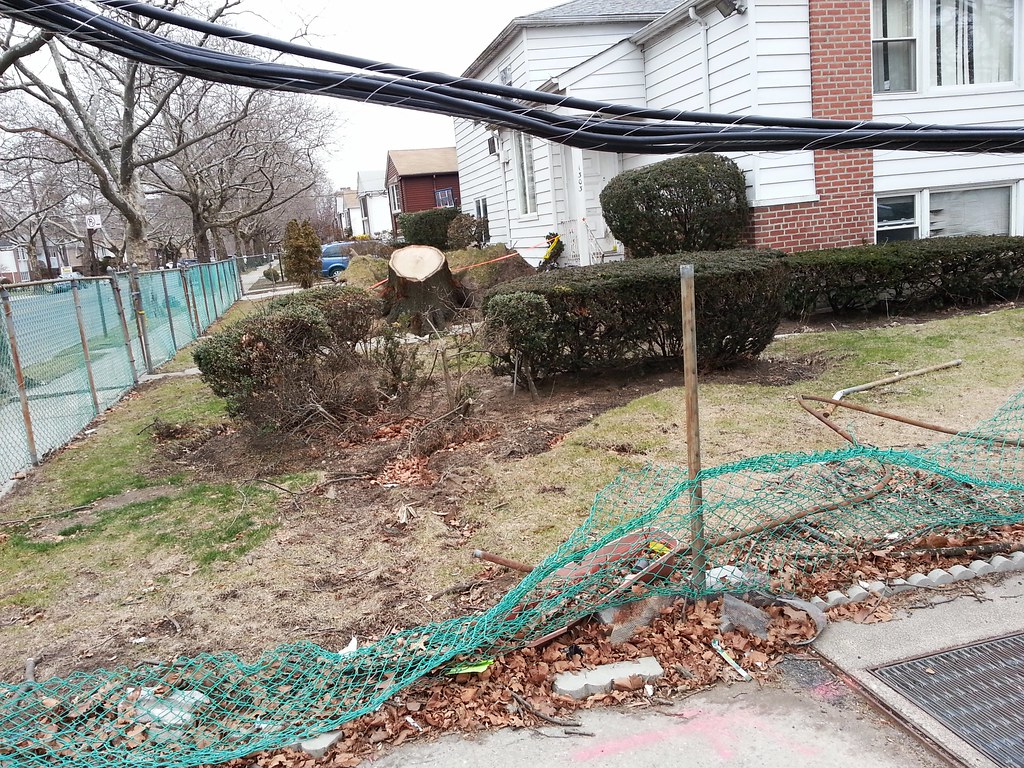 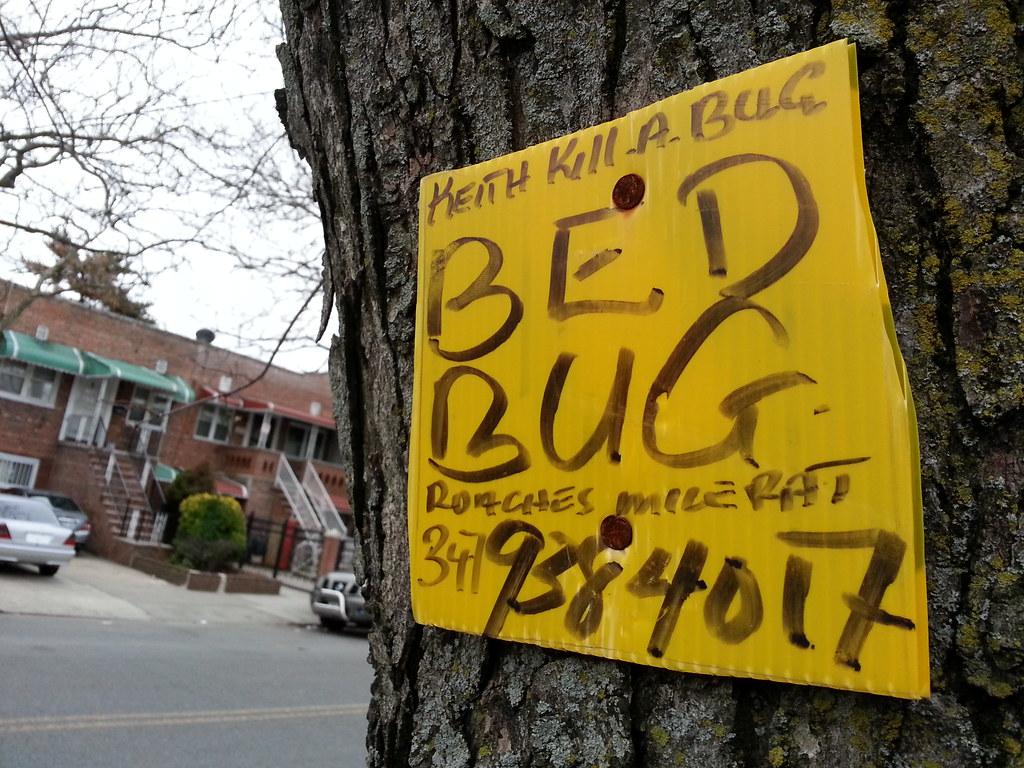 From down in Canarsie all the way up to Harlem 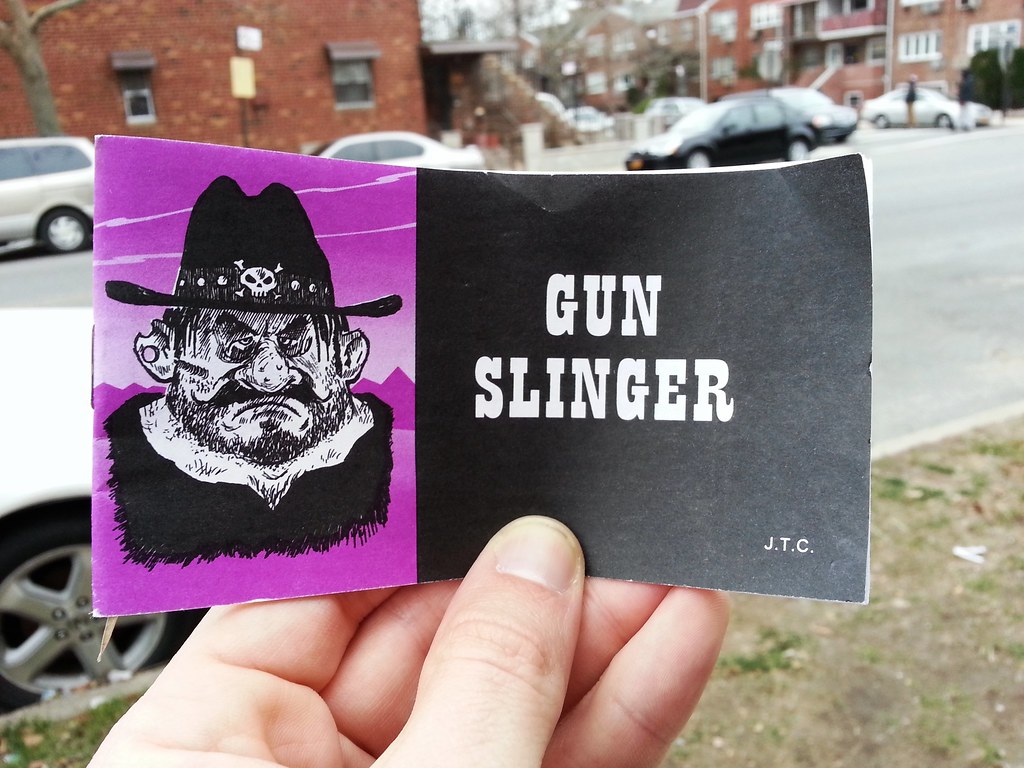 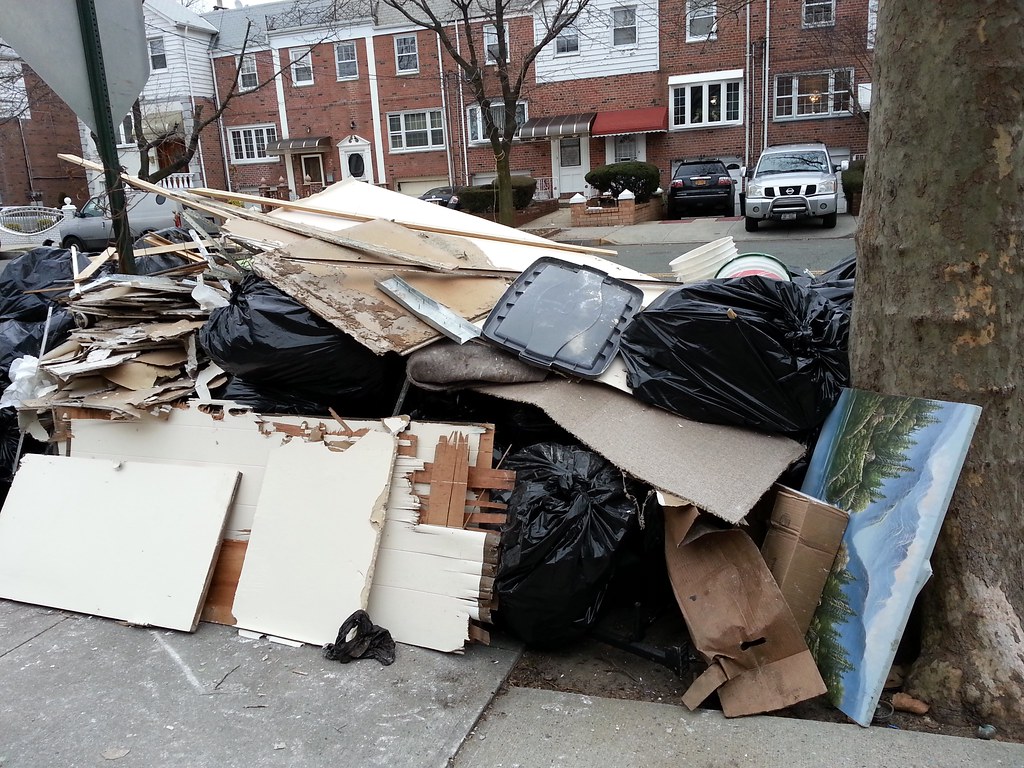 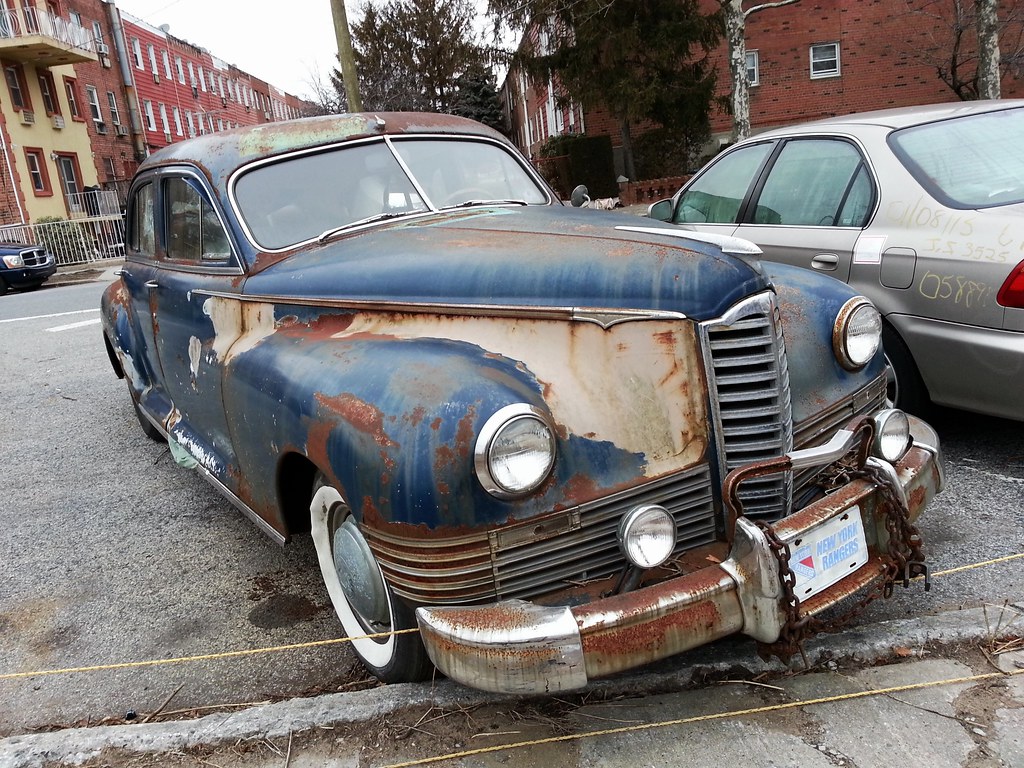 Several storm-damaged cars are still sitting out on the streets of Canarsie, waiting to be hauled away at some point, I suppose. Check out the rear and the interior of this rusty old geezer.

Anyone looking for a good ob-gyn? 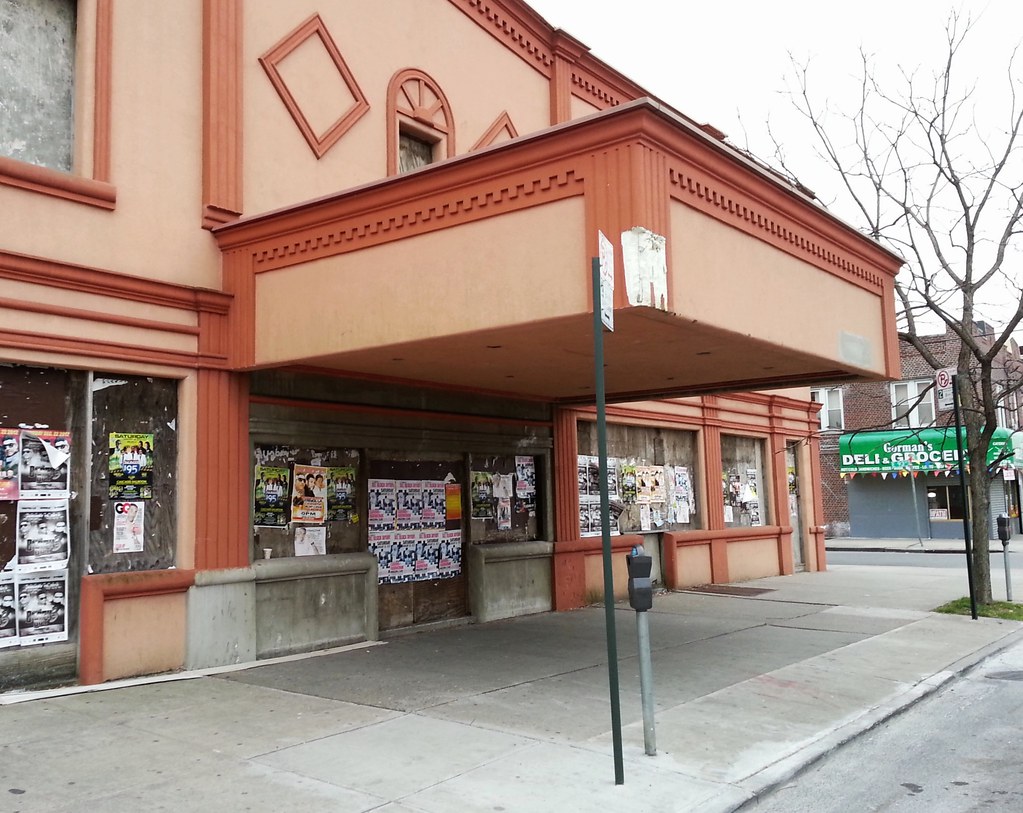 This former 1,470-seat theater has been a source of neighborhood frustration ever since it closed in early 2004. More than two years later, plans to turn it into a church had never materialized, the exterior was falling further into disrepair, and the marquee, frozen in time, still displayed the names of the final movies that ran here: Cheaper by the Dozen, My Baby's Daddy, Torque, and The Return of the King.

By late 2006, however, the owners had begun fixing up the place, intending to transform it into a restaurant and banquet hall. The Canarsie Courier ran a photo of the ongoing renovations, saying: "Work is still in progress, but, as is evident above, the soon-to-be banquet hall will finally make the former blight on the shopping strip a site of which we will be immensely proud."

Well, now it's more than six years later, and I'd have to imagine that any feelings of immense pride have vanished by this point. The exterior certainly looks better than it did, but the building is still boarded up without a trace of life. While there was talk of siting a new charter school here as recently as a year ago, there's no sign that anything has come of that proposal. But, hey, at least all the plywood gives local event promoters ample space to paste up their flyers! 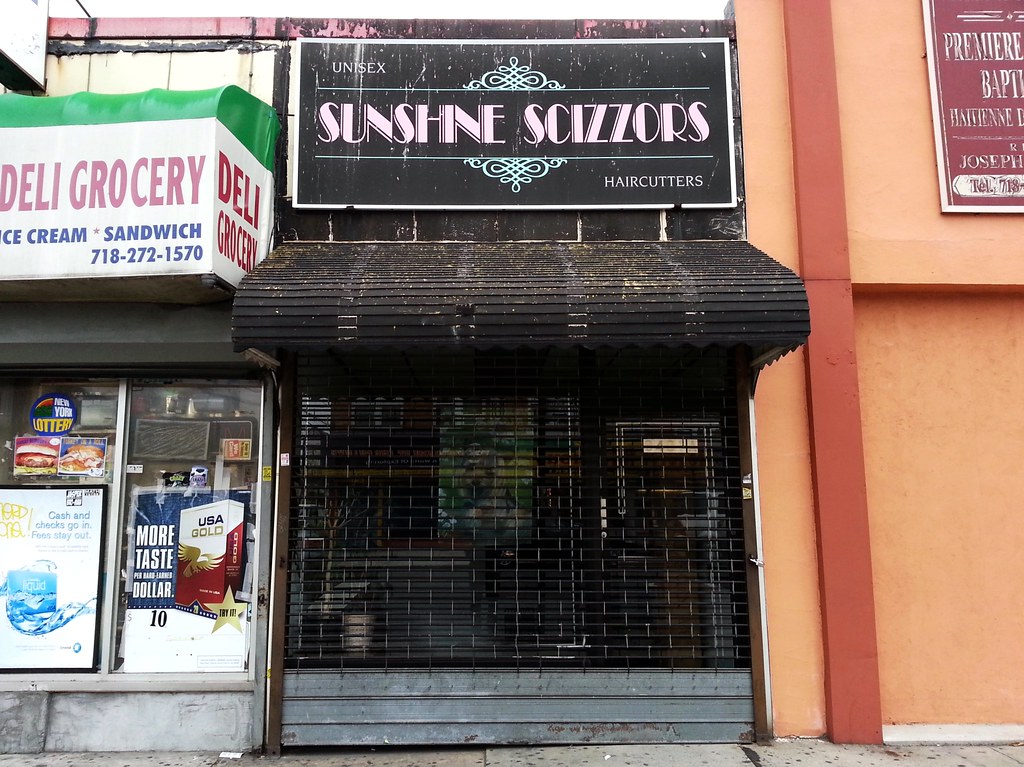 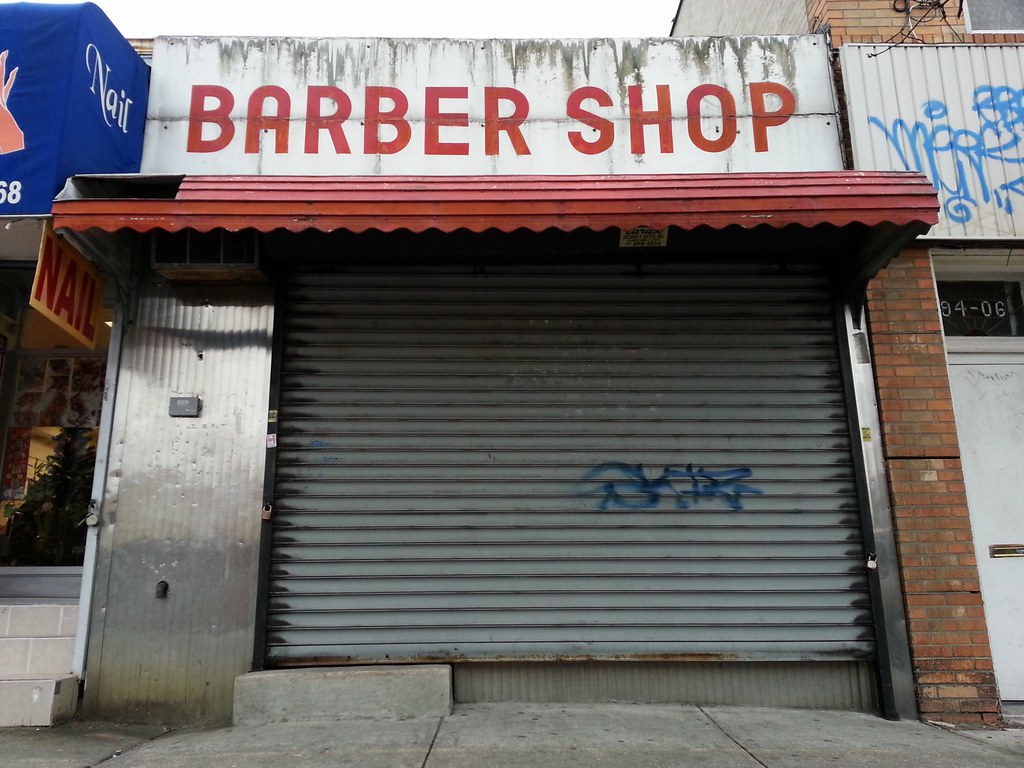 This shuttered synagogue is another reminder of Canarsie's disappearing Jewish community.

A pocket of warmth 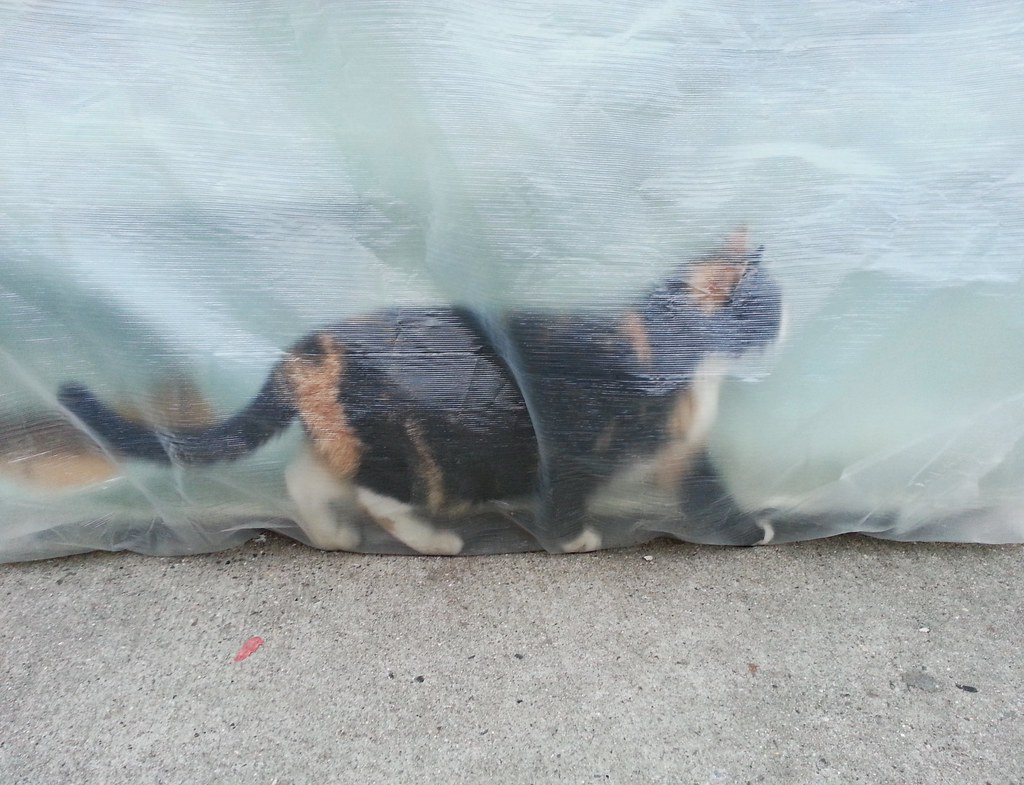 This kitty finds some respite from the cold, courtesy of a plastic-covered mattress left out on the sidewalk. 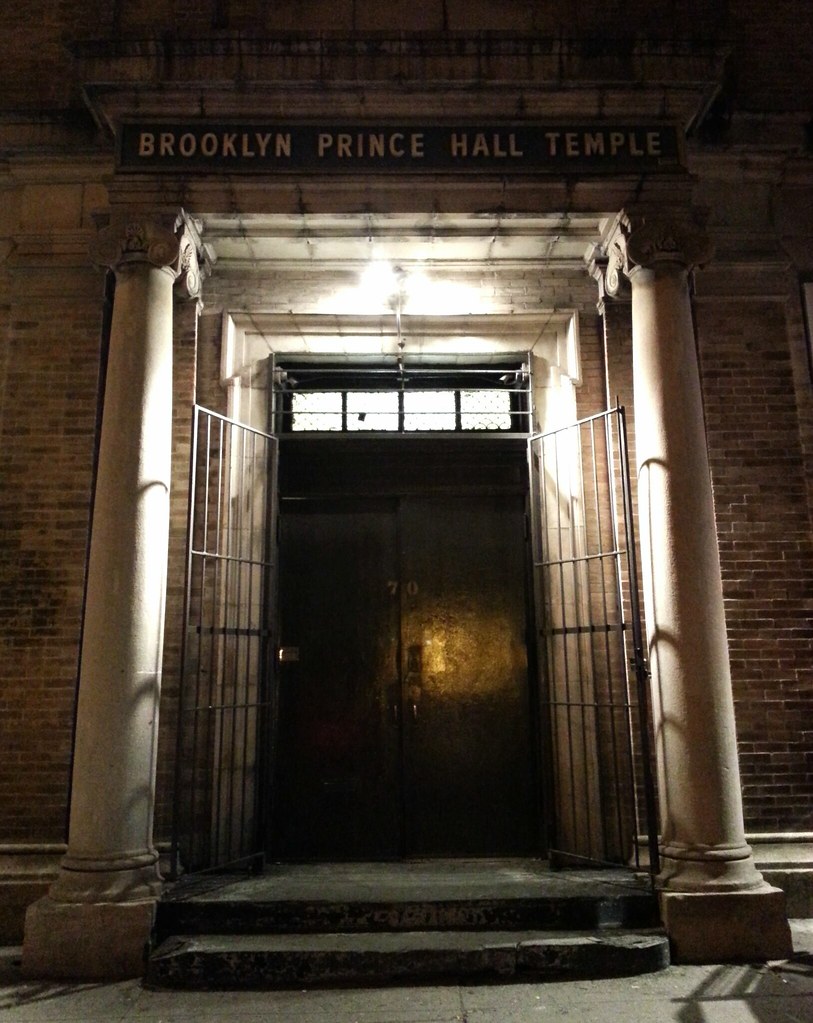 Day 416: BY ORDER OF TOWN ORDANANCE