That’s all well and good 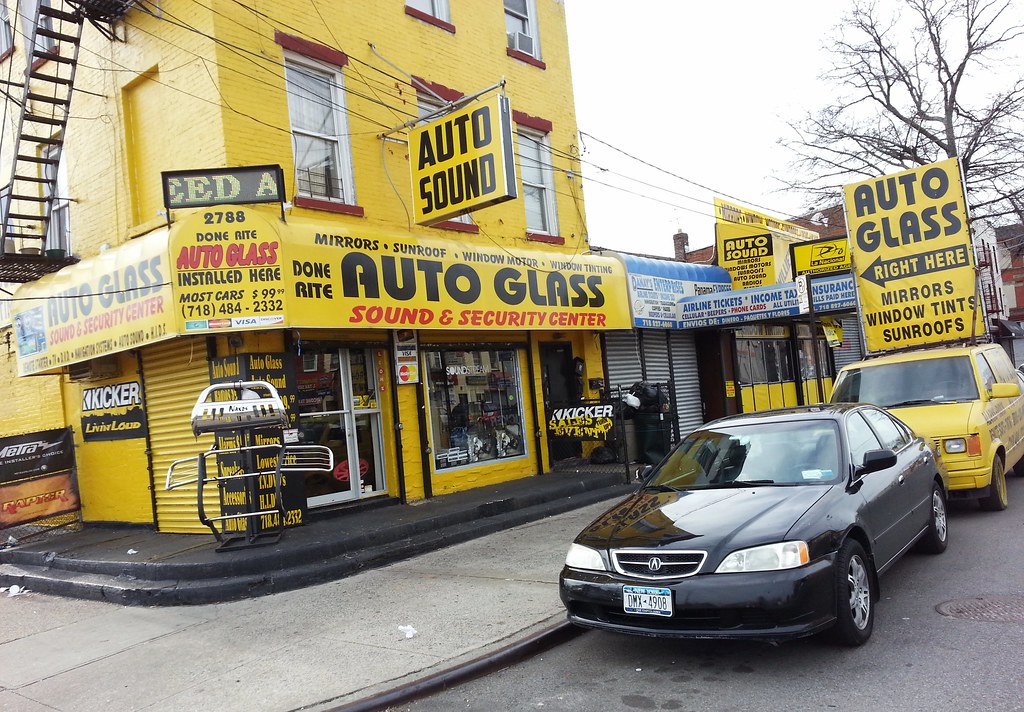 but where do I go to get auto glass? 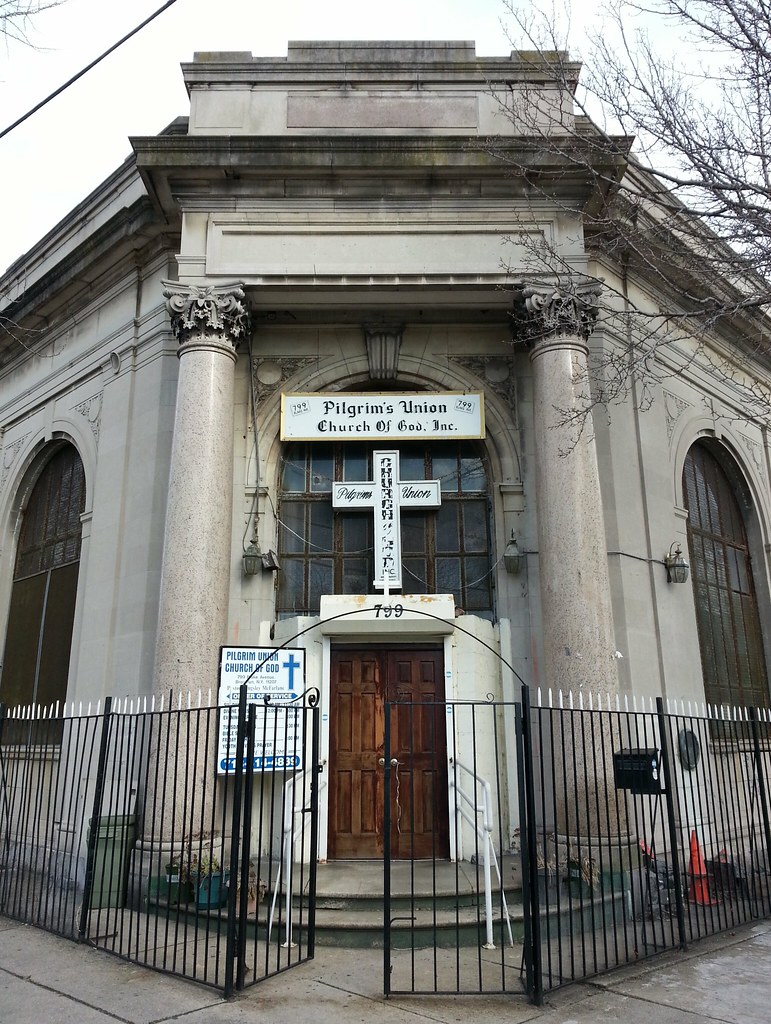 This building was originally a branch of The State Bank. One of the congregants told me that they still have the old vault inside; it's too big and too heavy to move. 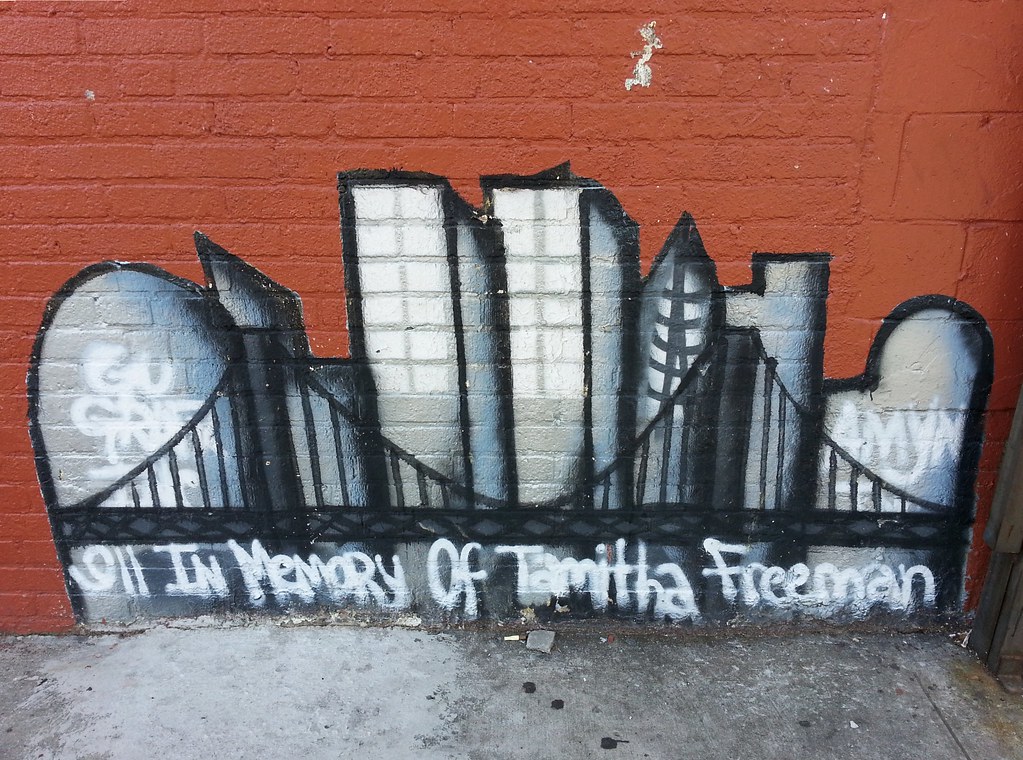 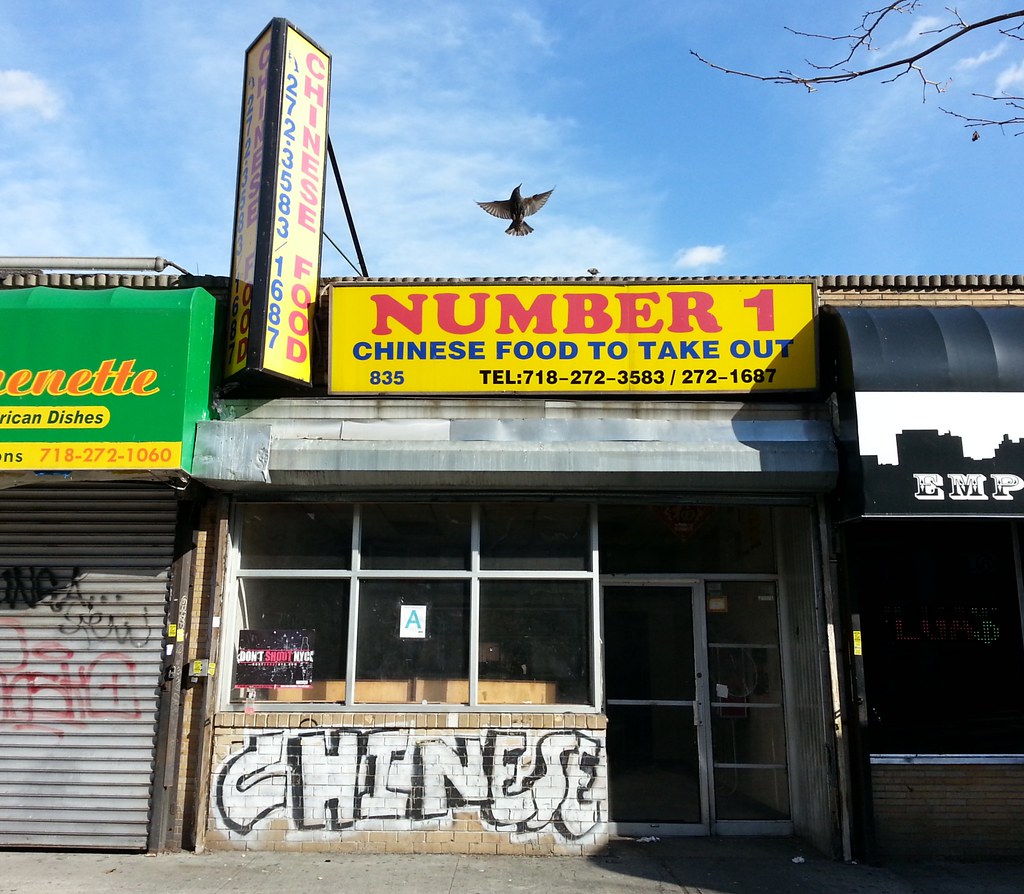 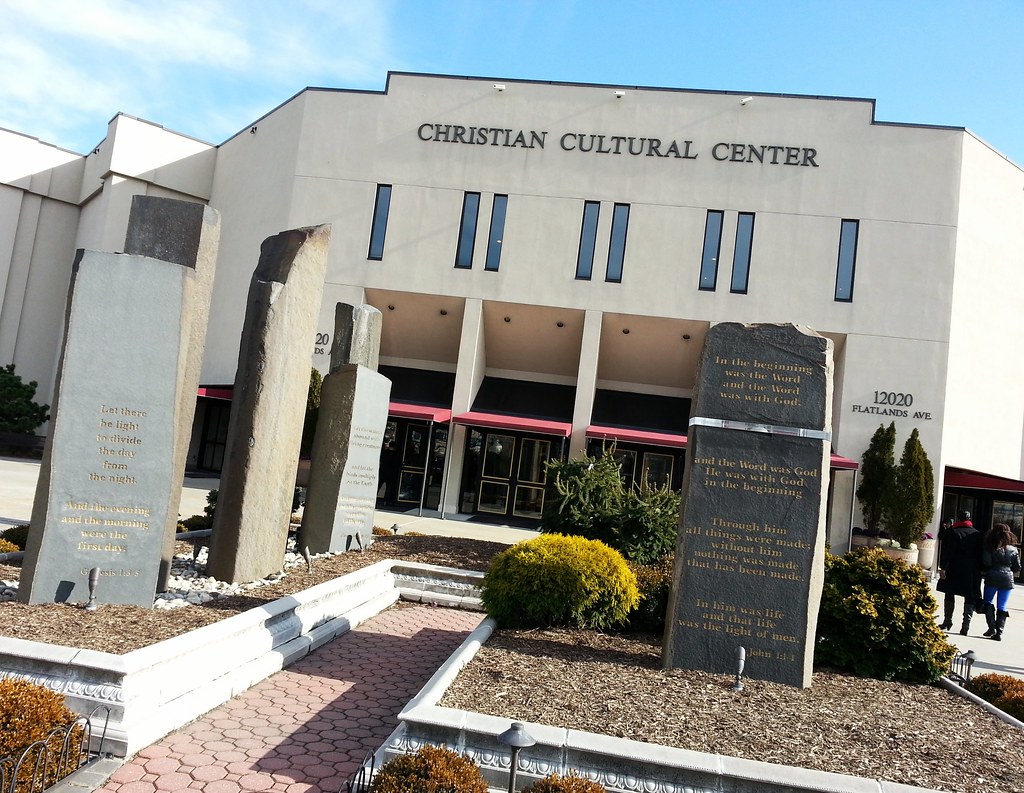 With more than 30,000 members, this "FedEx-fast, Disney-friendly" East New York megachurch has the largest congregation of any church in the city. 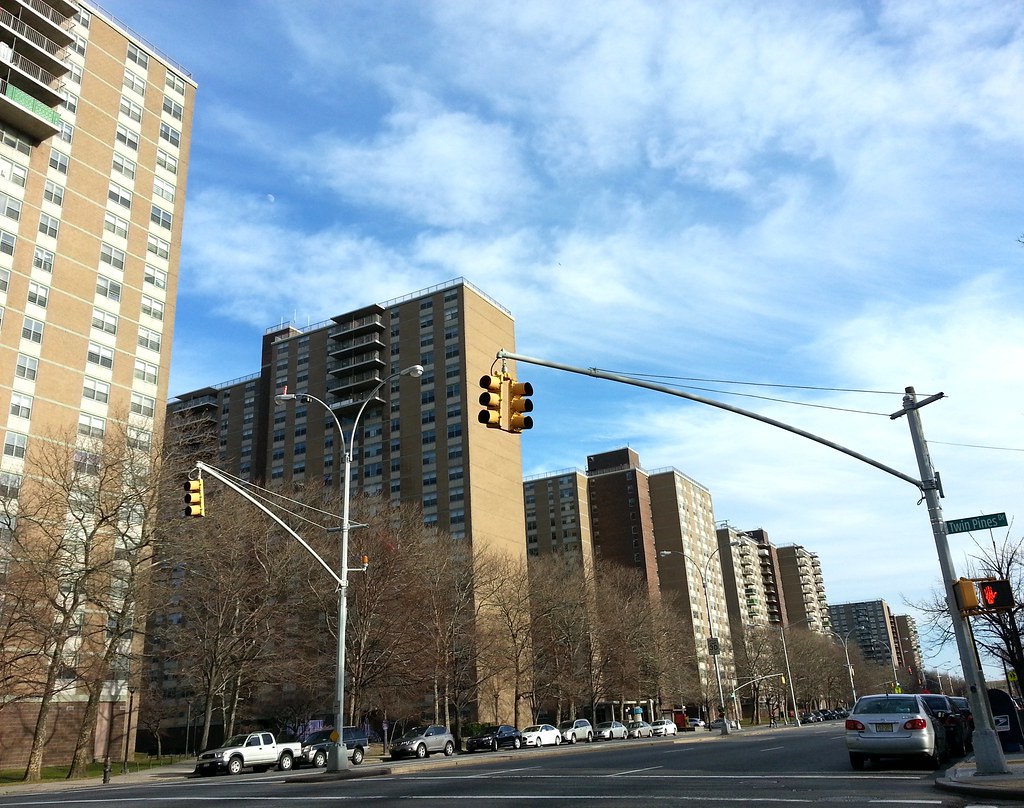 Officially called Spring Creek Towers since 2002, this massive (its population is upwards of 13,000) affordable housing development situated at the southern edge of East New York opened in 1974 as "an audacious work of social engineering" — a meticulously integrated community whose "planners carefully arranged families on each hallway, like chess pieces, to maintain the racial mix they considered most stable: 70 percent white to 30 percent black."

In the early days, unrented units reserved for white families remained empty even as the number of black families on the waiting list grew into the thousands. This ridiculous 1979 commercial for Starrett City, with its well-coiffed lead actor straight out of the country club (20 bucks says his wife's name was Muffy) and its very light smattering of on-screen minorities, must have been created specifically to attract more white tenants.

A lawsuit eventually forced Starrett to abandon its quota system in 1988. The racial percentages have shifted in the years since, but it's still a very diverse place: 53% black, 25% white, 18% Hispanic, 3% Asian, and 2% other, according to the 2010 census. 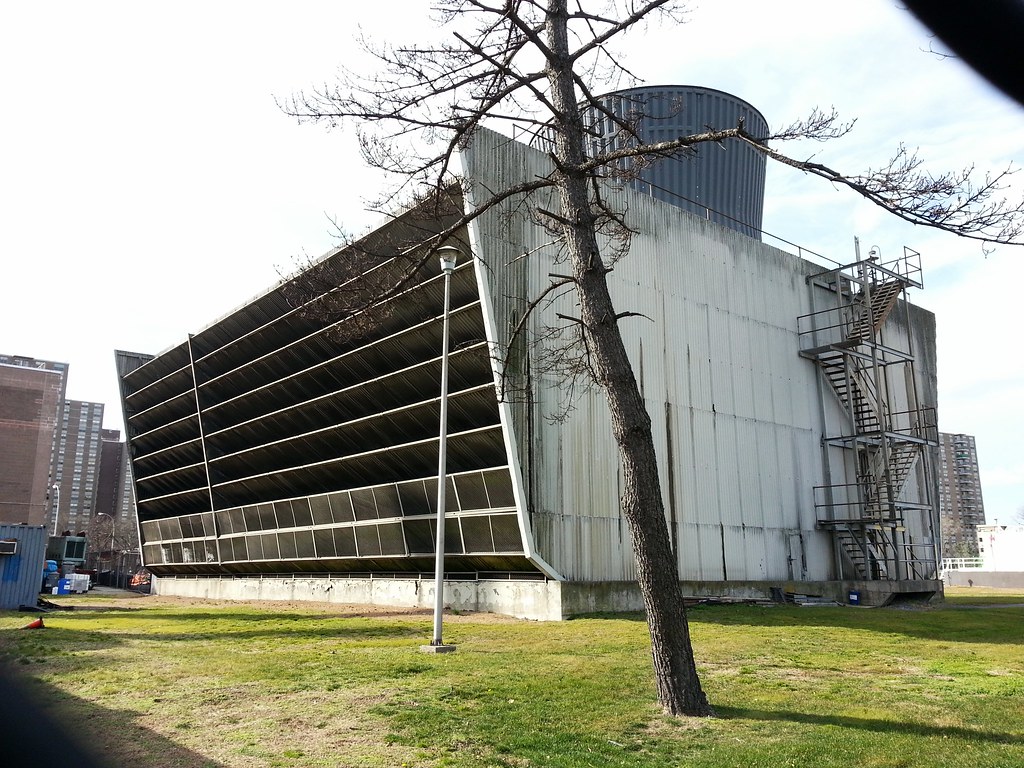 Hey, this looks familiar! The plant doesn't always work perfectly, of course, but it did allow Starrett City to maintain power during the famous blackouts of 1977 and 2003. According to the NY Post: "Starrett City in Brooklyn also has a plant that is not connected to the grid. When the city's lights went out in 1977, a famous news photo showed its windows glowing." 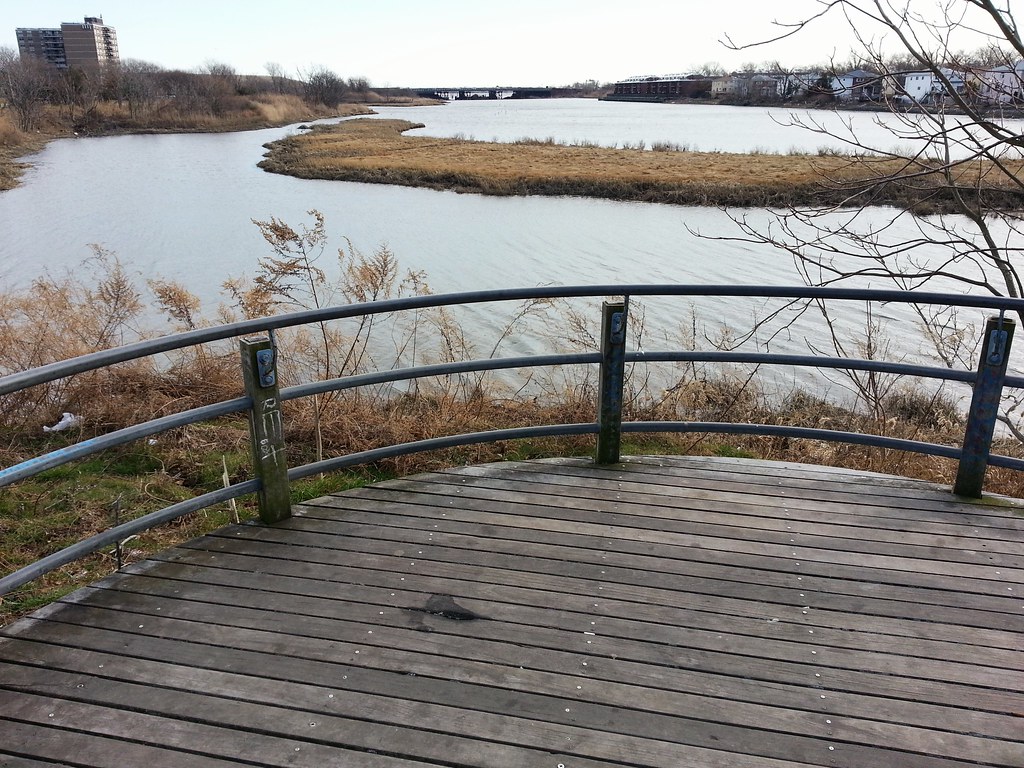 Starrett City to the left, Canarsie to the right 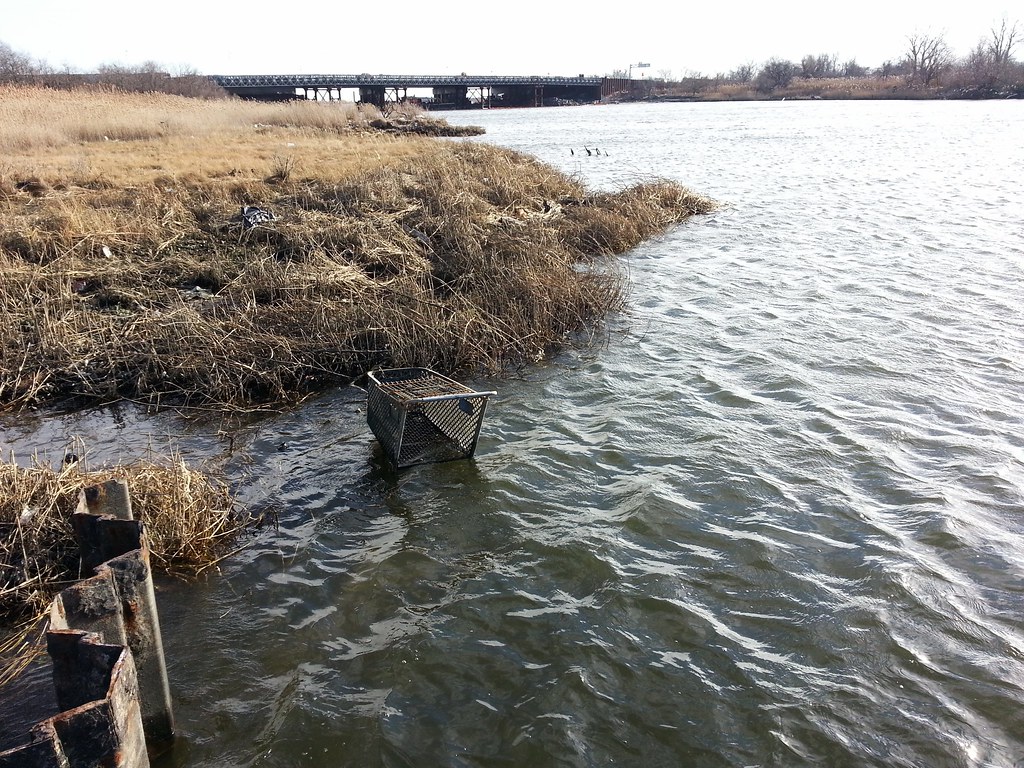 while traffic on the Belt Parkway zooms across Fresh Creek 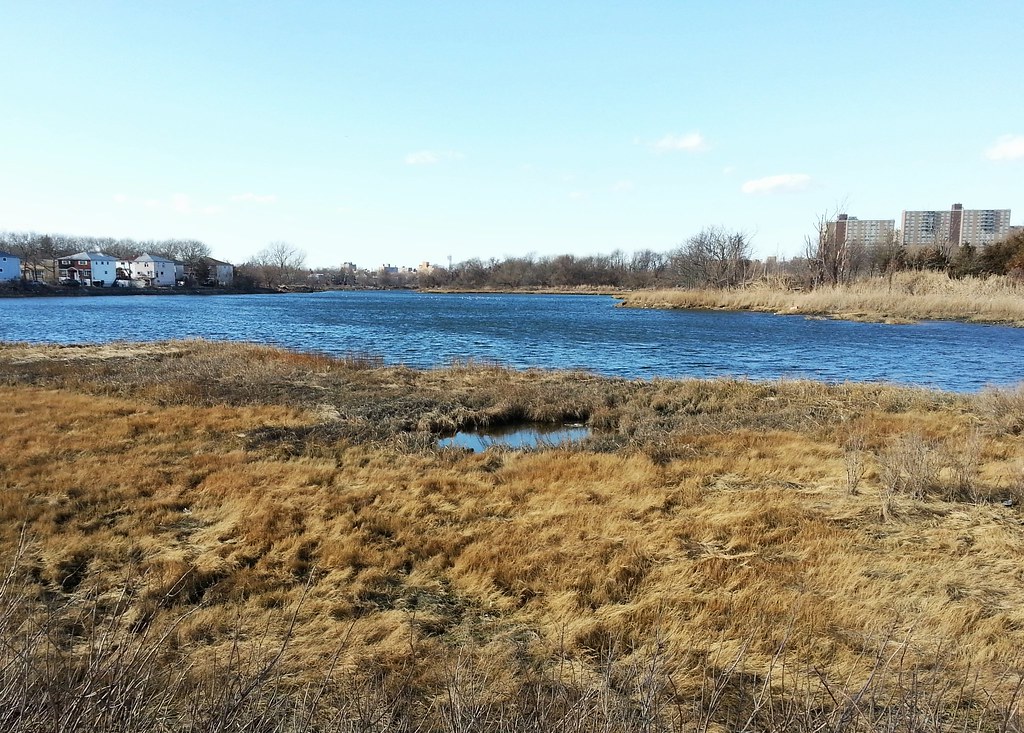 One World Trade Center, still under construction, can be spotted on the horizon. 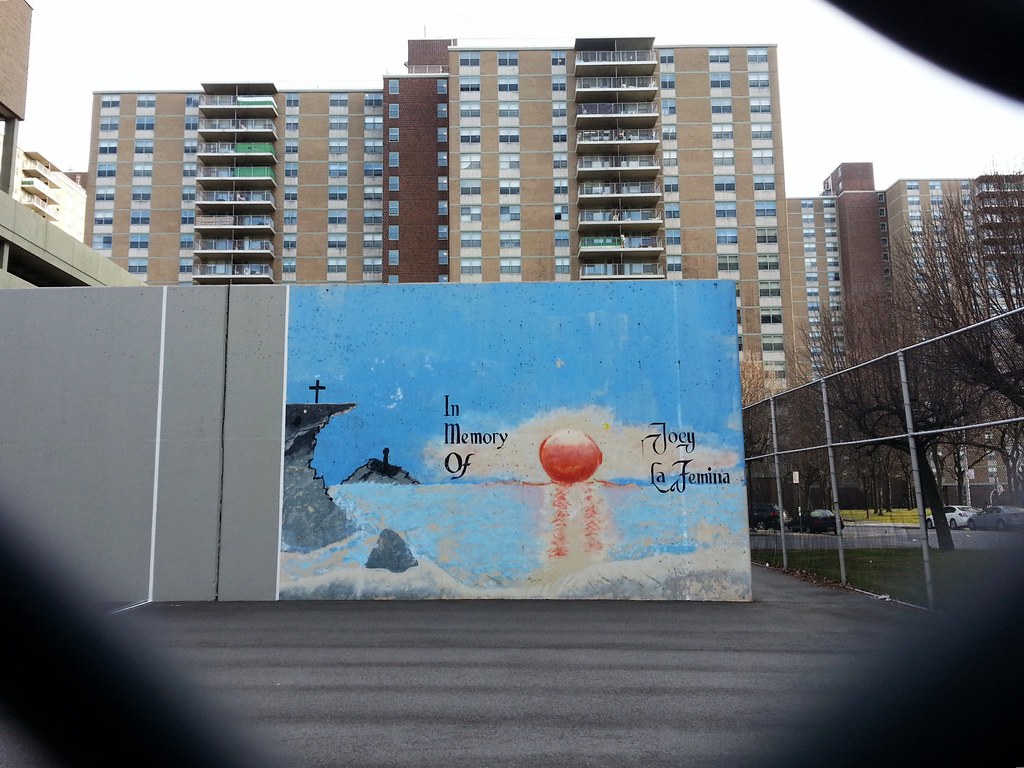 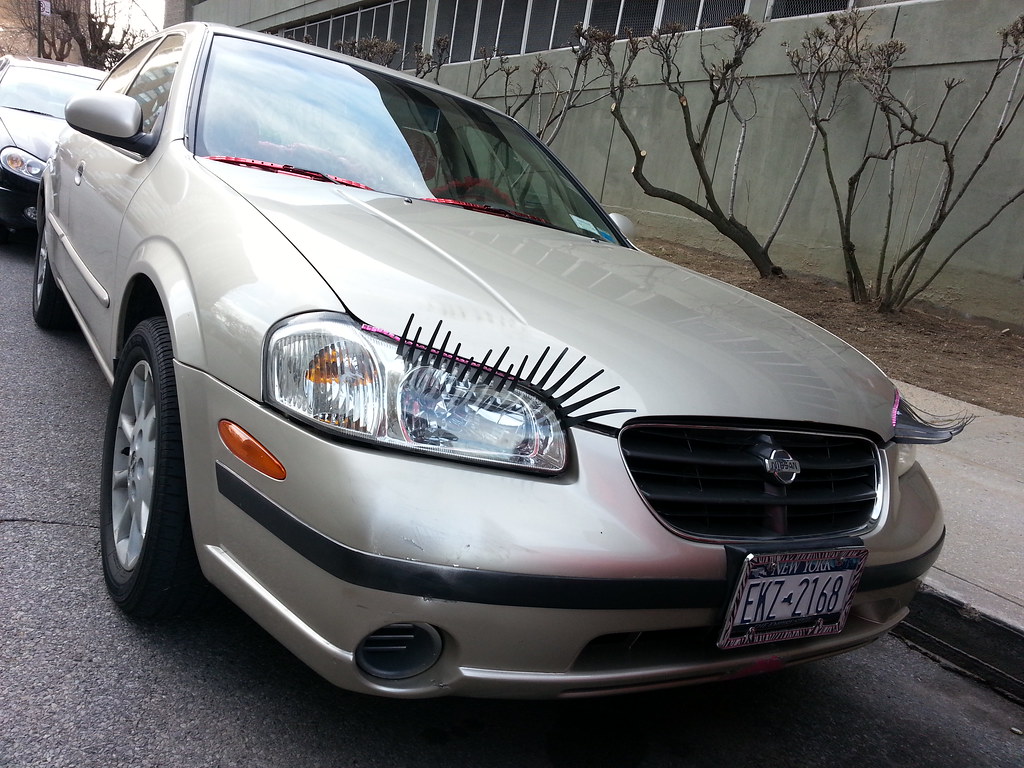 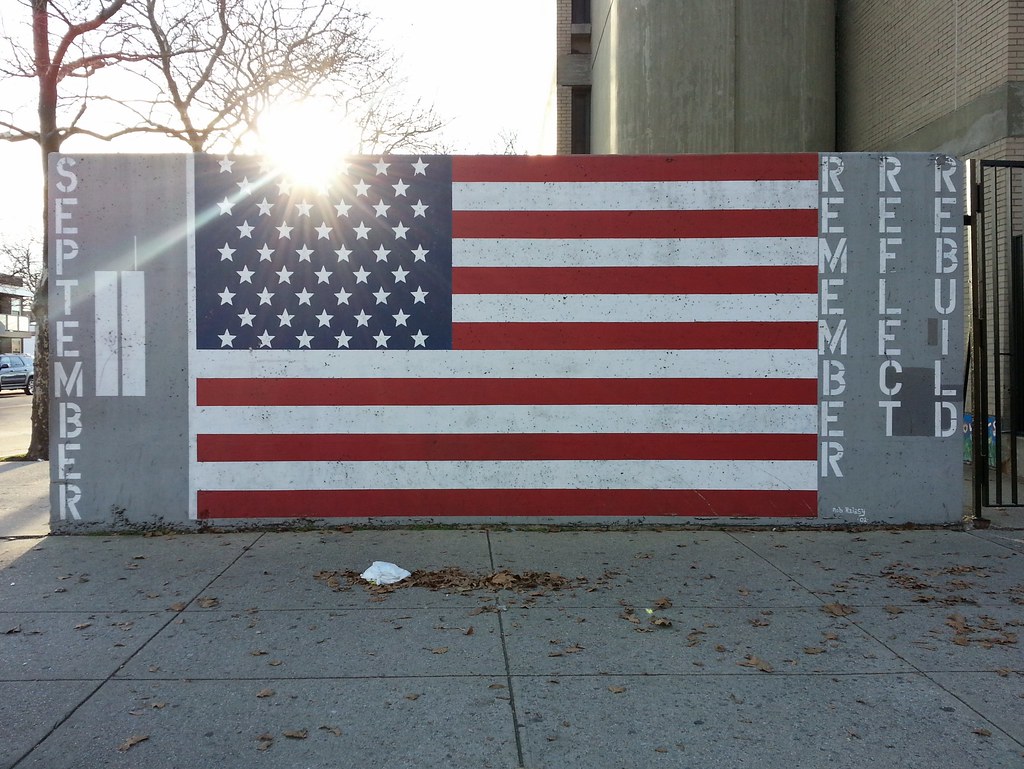 The Messiah Has Woolly Hair 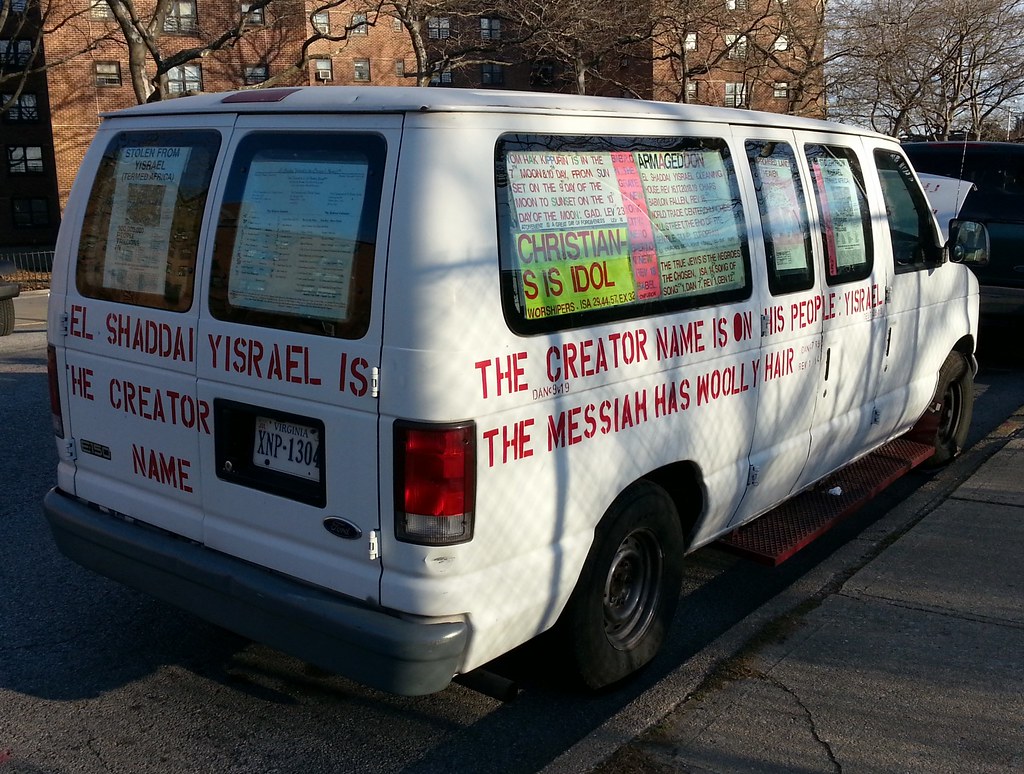 I'm not the first to notice this van around town. (Here's a closer look, in case you want to read some of the window signs.) 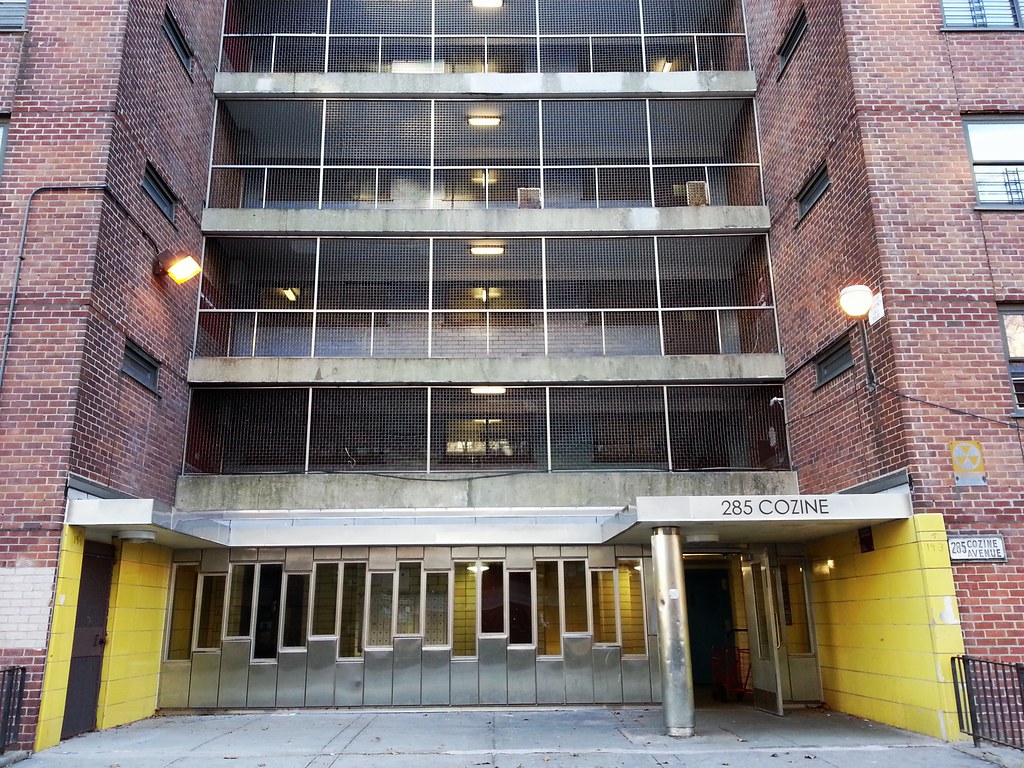 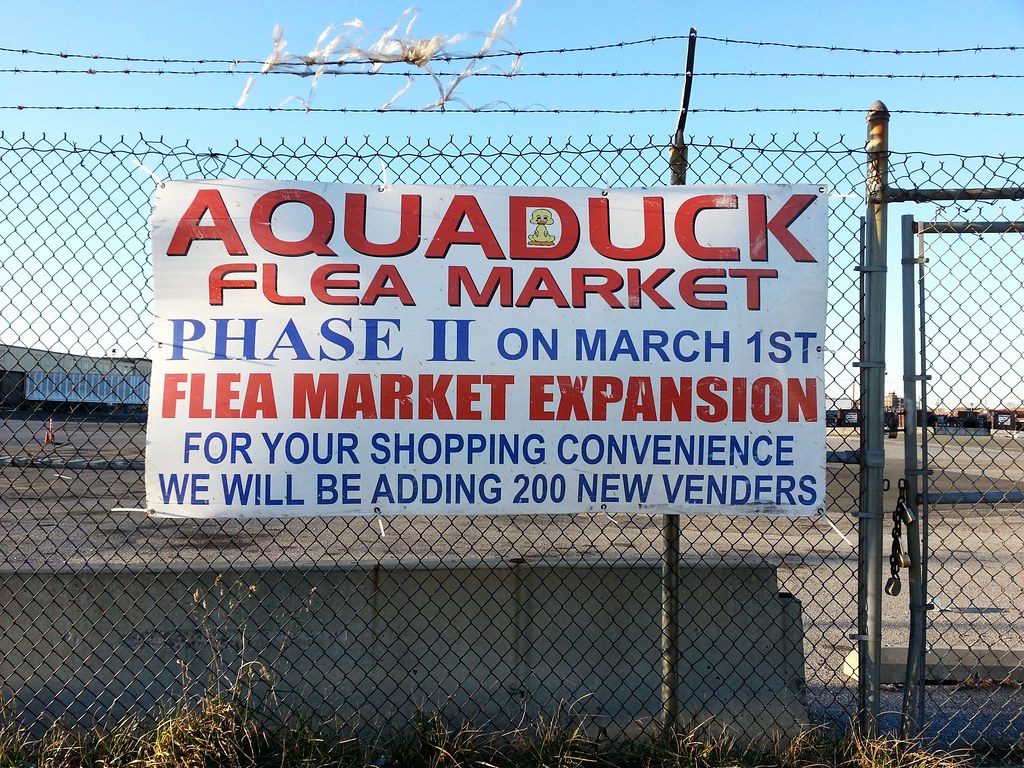 Emerging from the demise of the long-running Aqueduct Flea Market, which was evicted from its home of 30+ years — the parking lot of Aqueduct Racetrack — in late 2010 once construction commenced on the adjacent Resorts World Casino, the Aquaduck Flea Market occupies an entire square block in an industrial section of East New York. 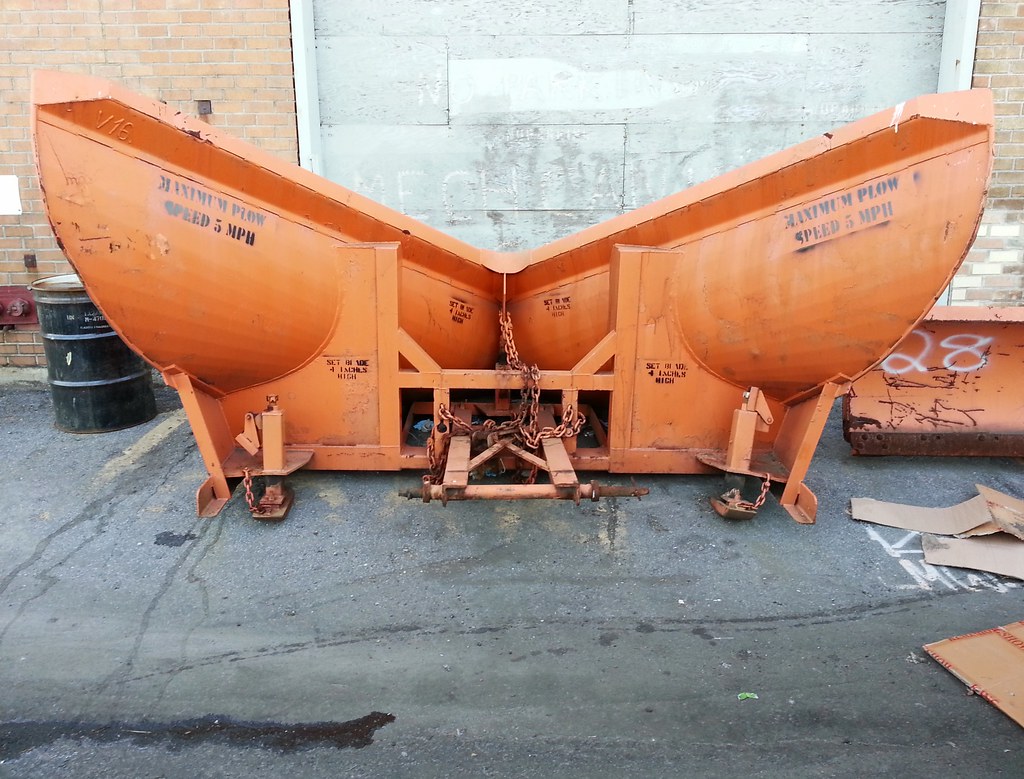 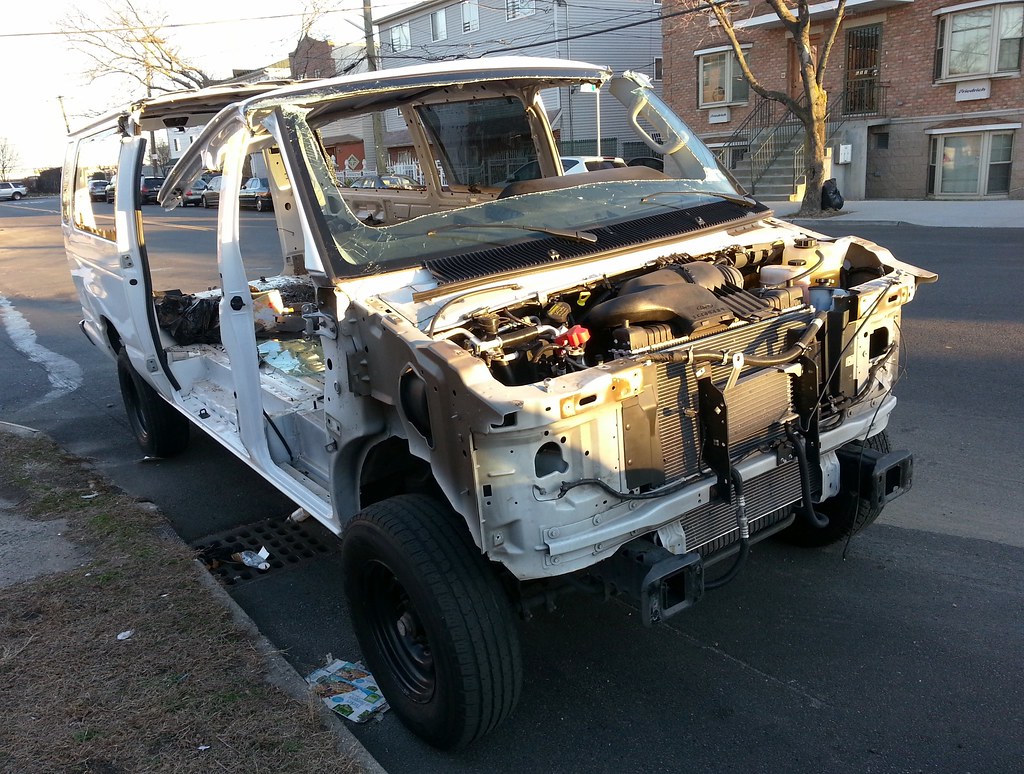 The sun sets on Wortman Avenue 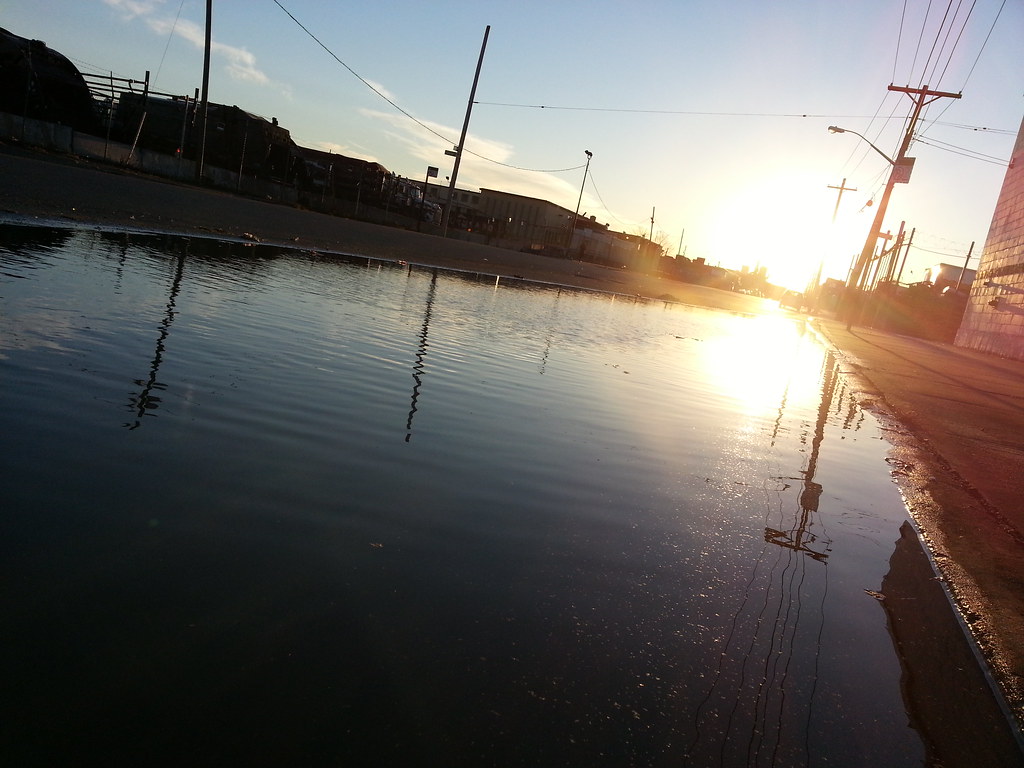 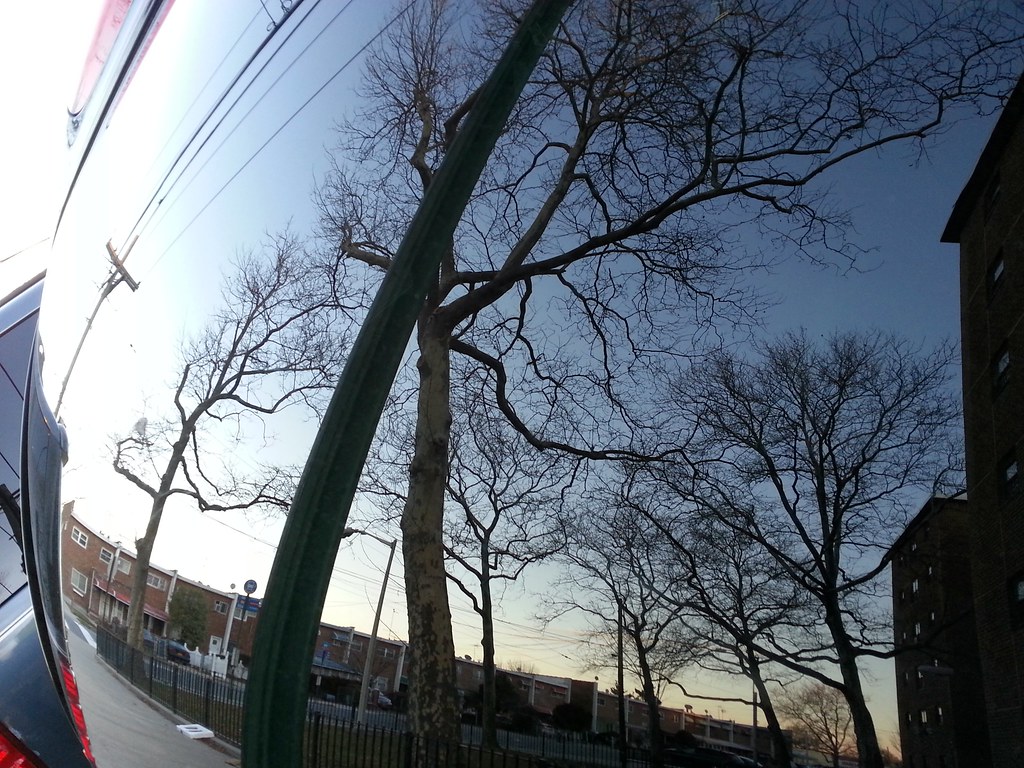