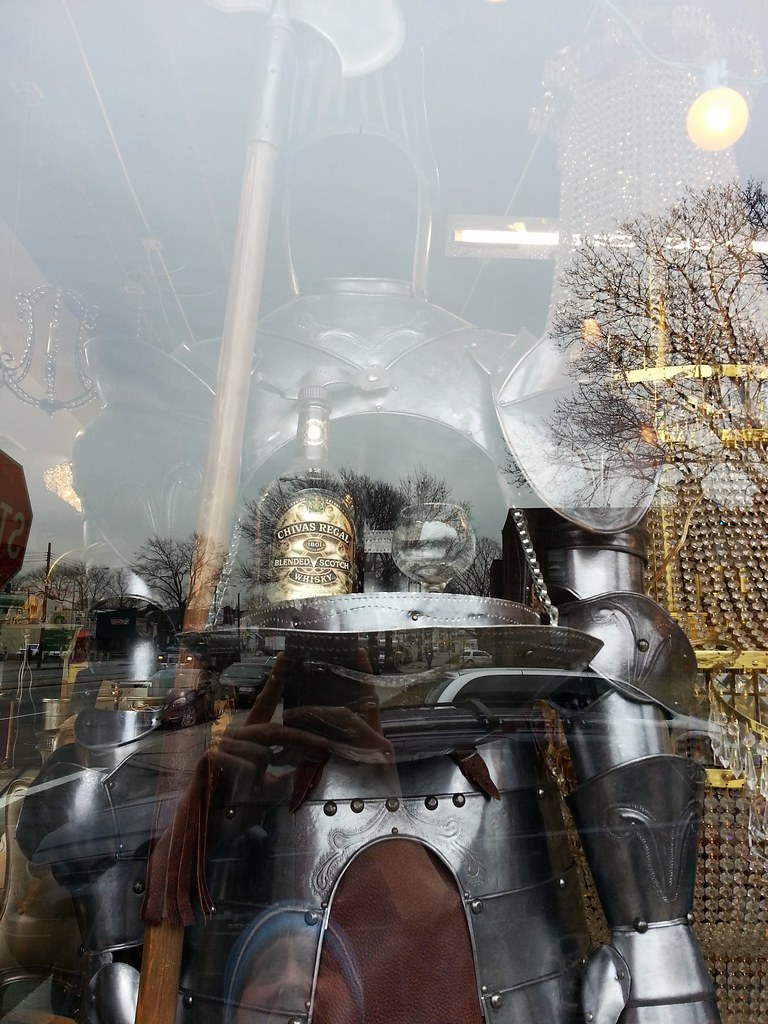 You know you've hit the big time when a suit of armor is serving you Chivas Regal. 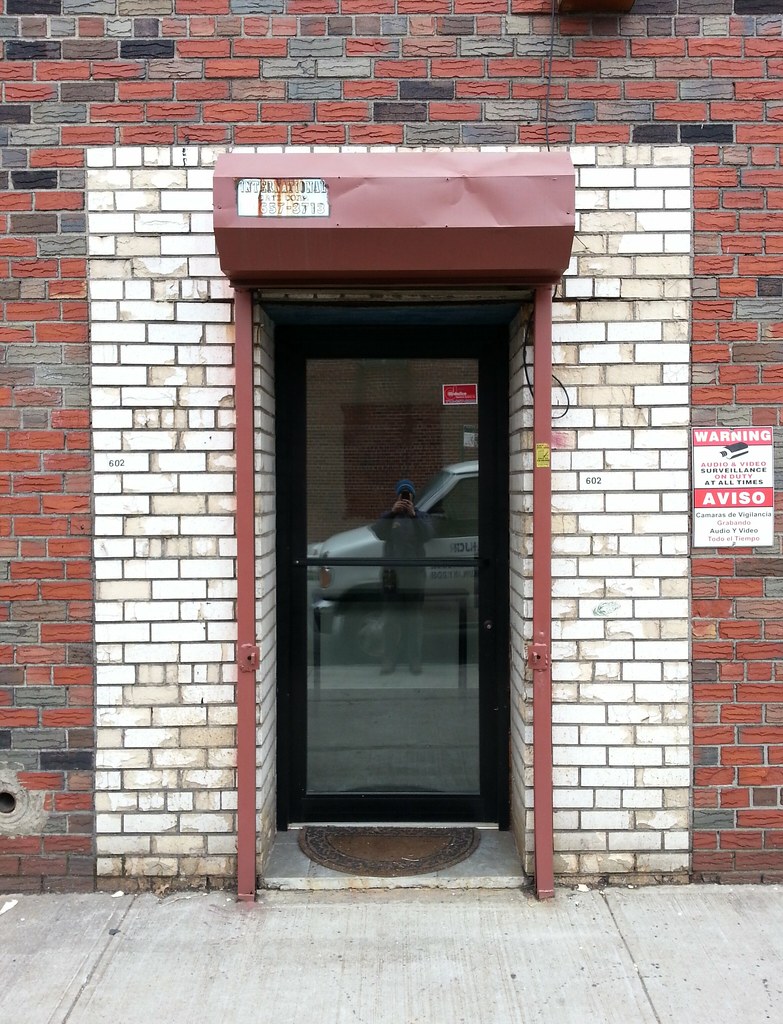 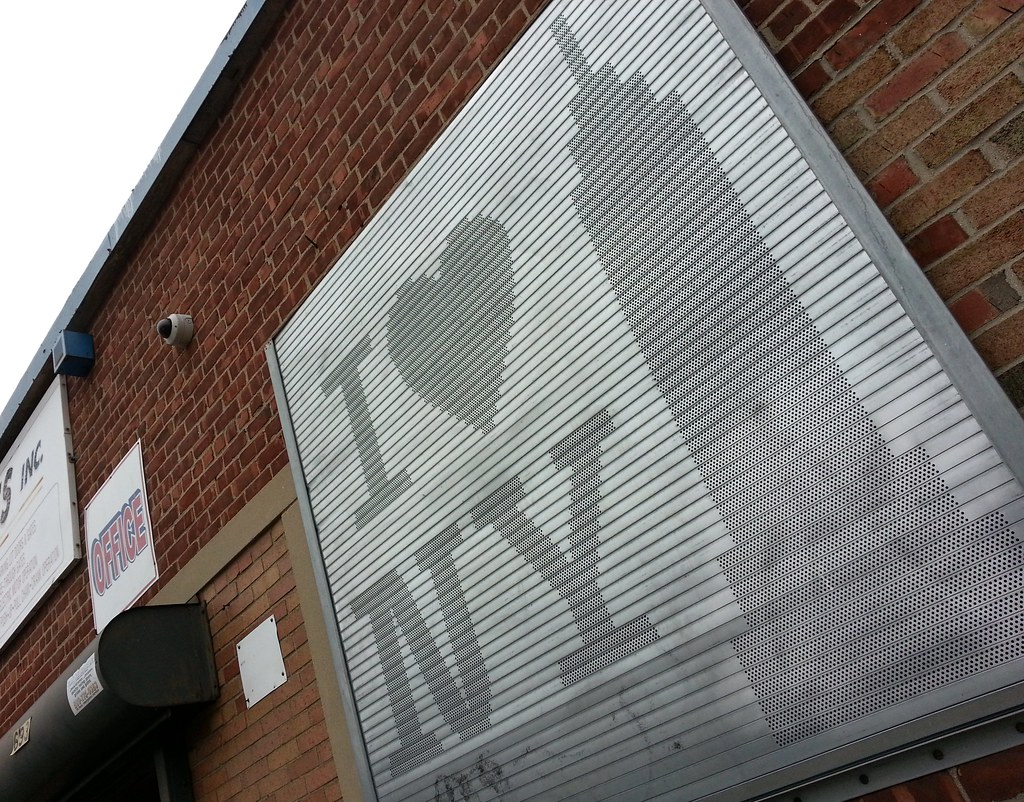 Relax! Take a load off! 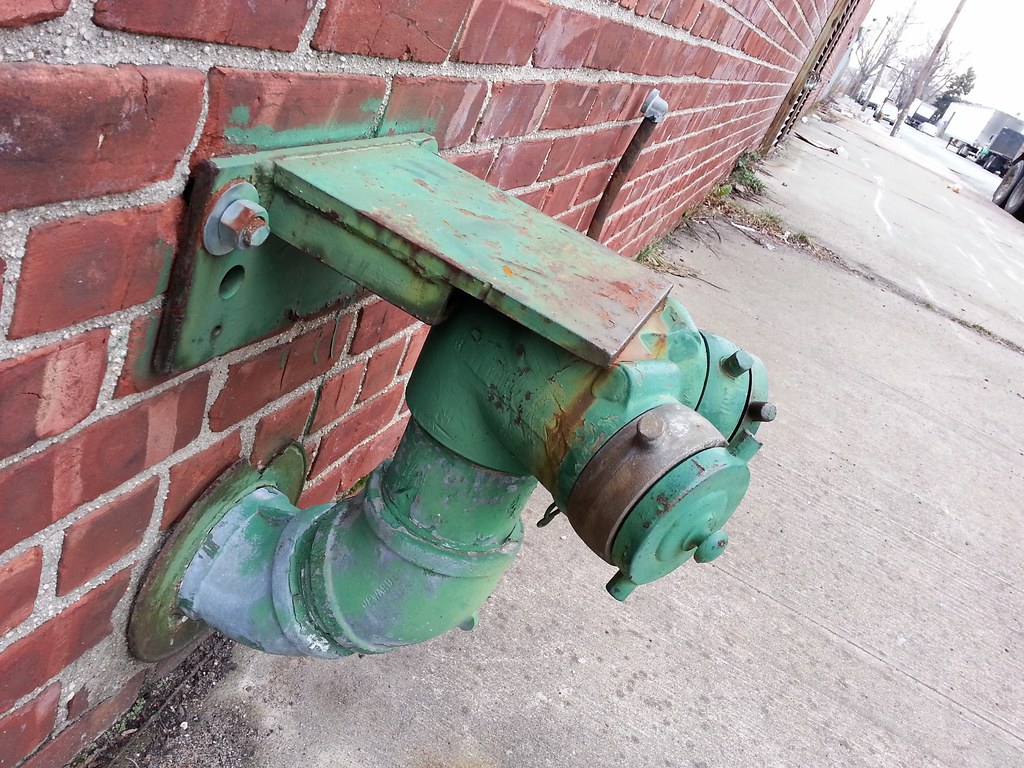 Showing that New Yorkers can be much friendlier than you'd expect, this sprinkler connection seems to be practically begging for the company of someone's derrière. 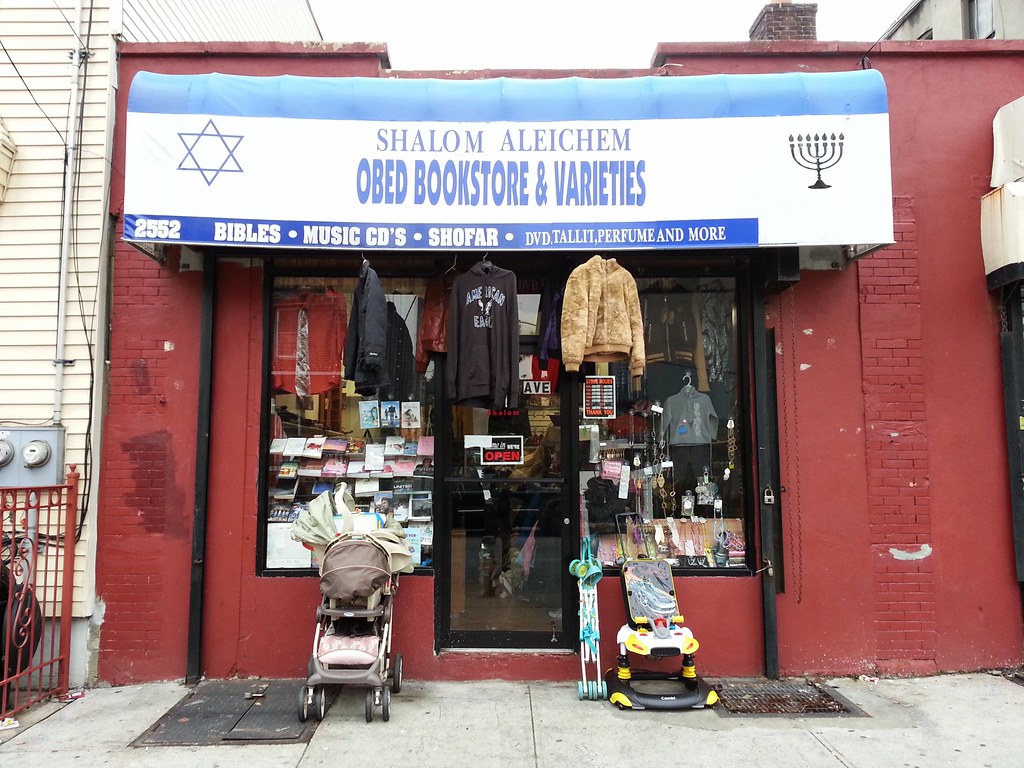 Just down the block from El Olam, a Messianic Jewish congregation 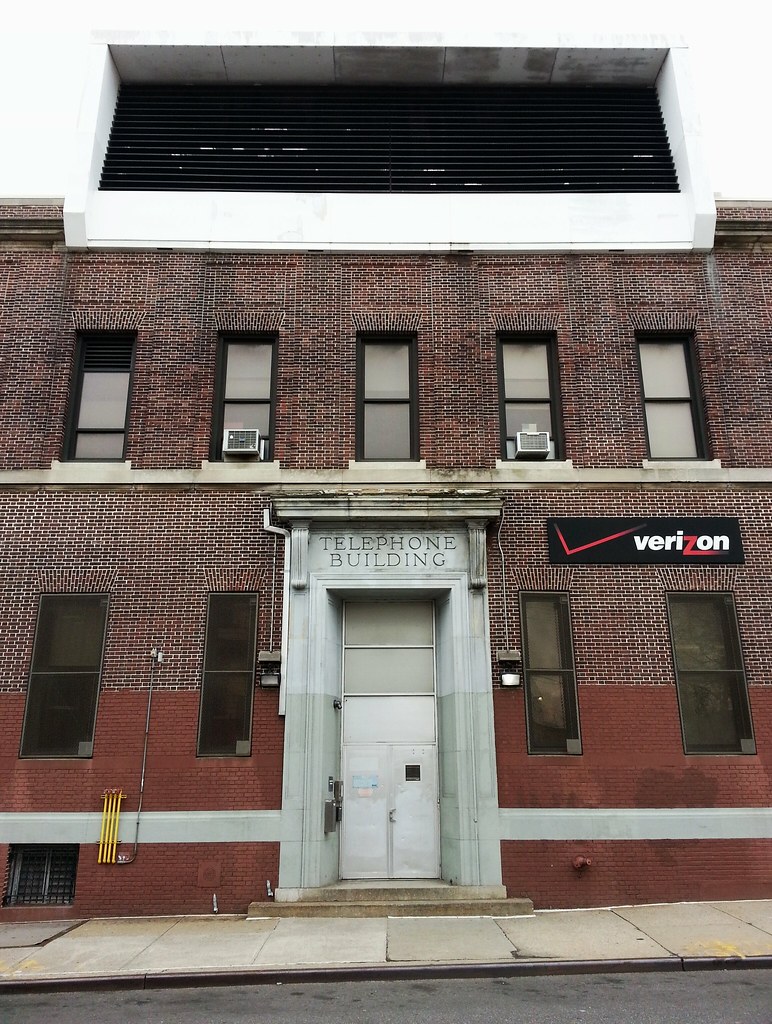 This telephone building is sporting some stylish headgear. 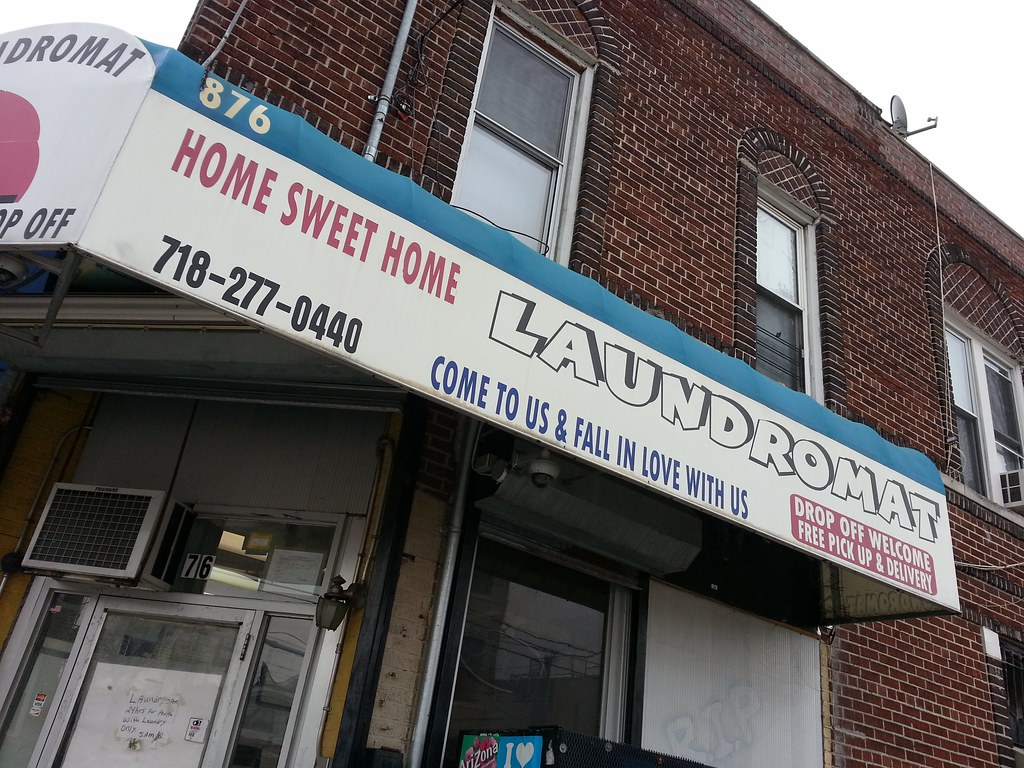 & Fall In Love With Us

A rather snazzy sky bridge 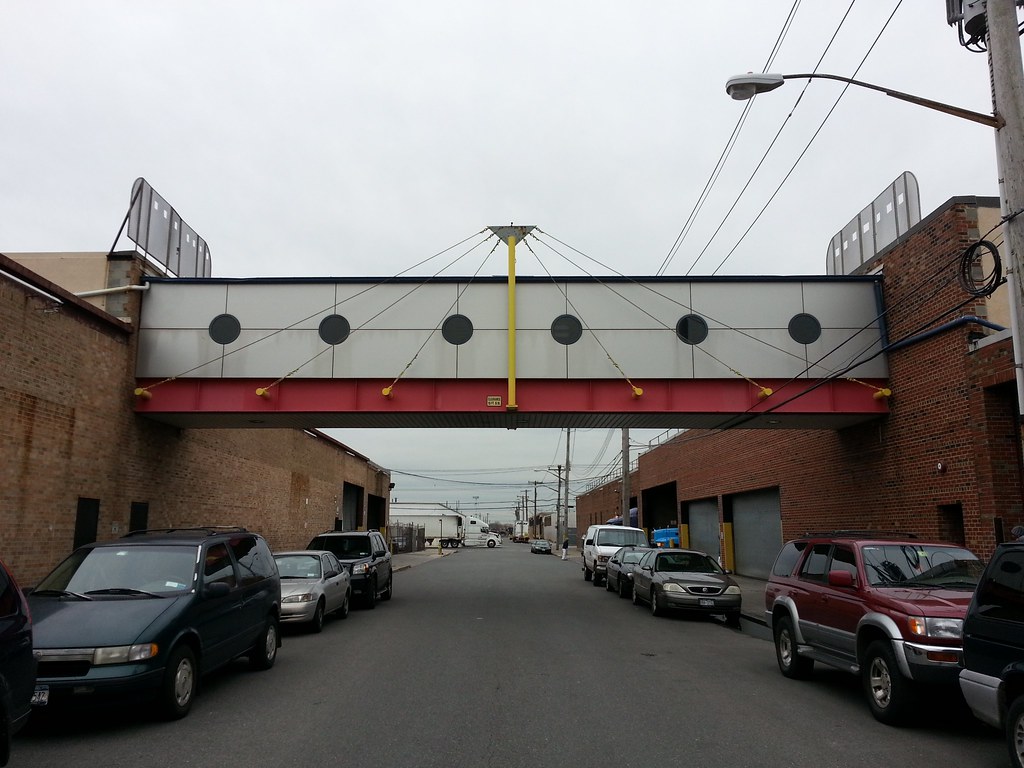 in an otherwise snazz-less part of town 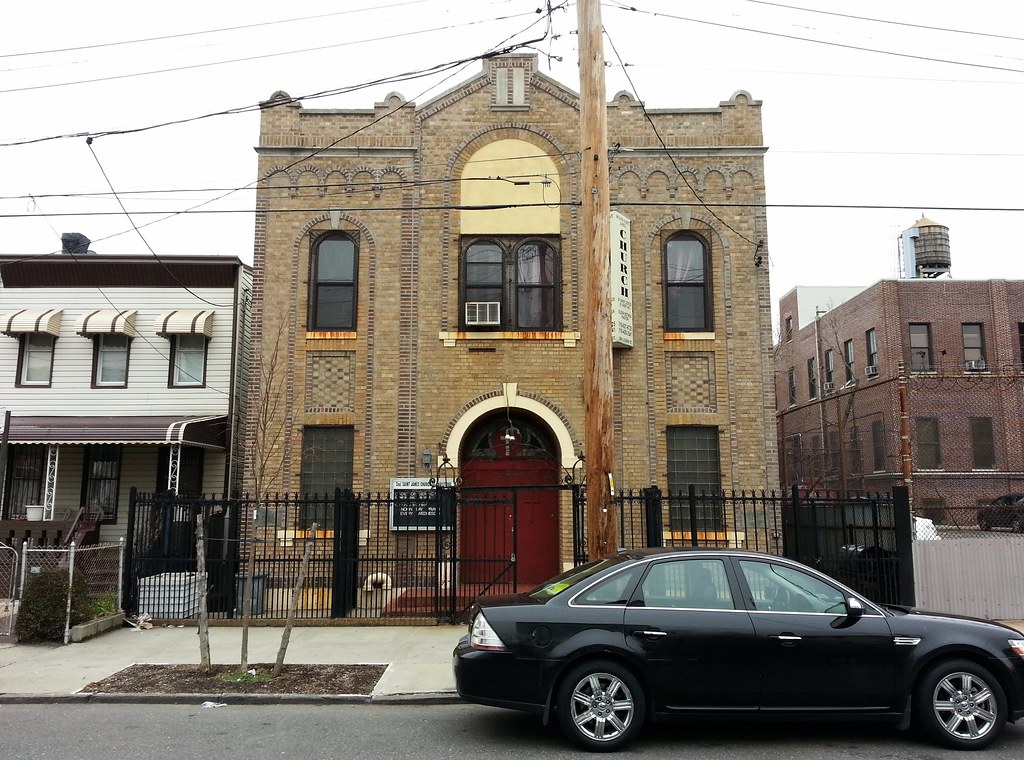 Second Saint James Church of Christ, née Congregation Ahavas Achim B’nai Abraham. In converting this shul to a church, these guys went so far as to cover over the Ten Commandment tablets up near the top of the building, giving them the appearance of the twin towers. 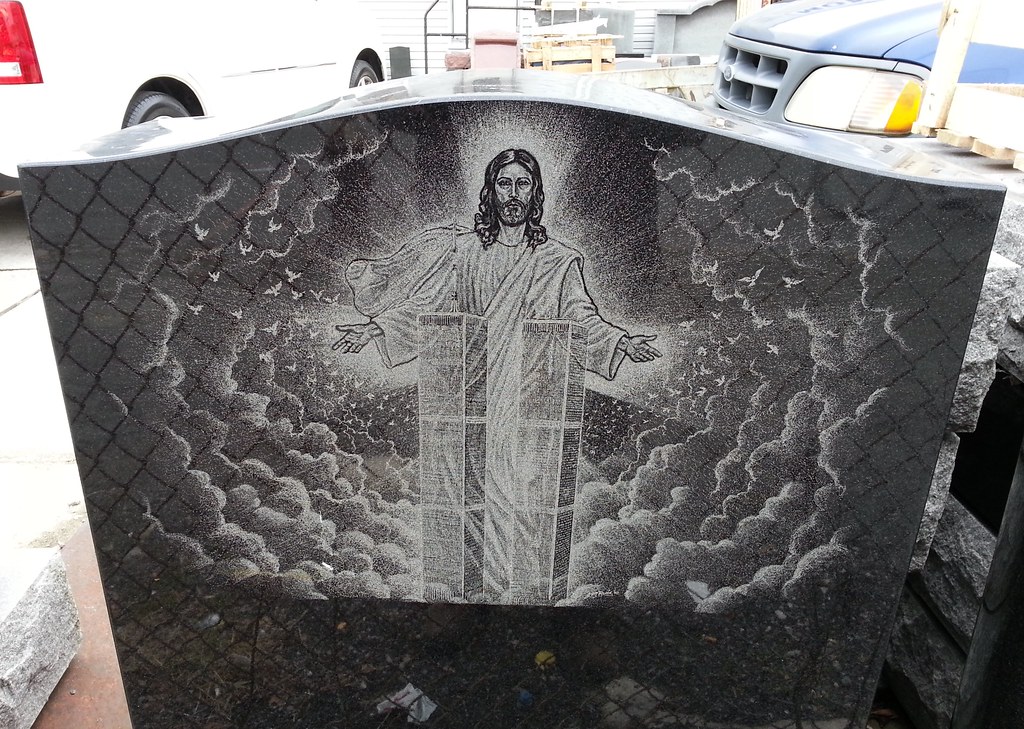 I guess this one counts, even though it was never used as a headstone. 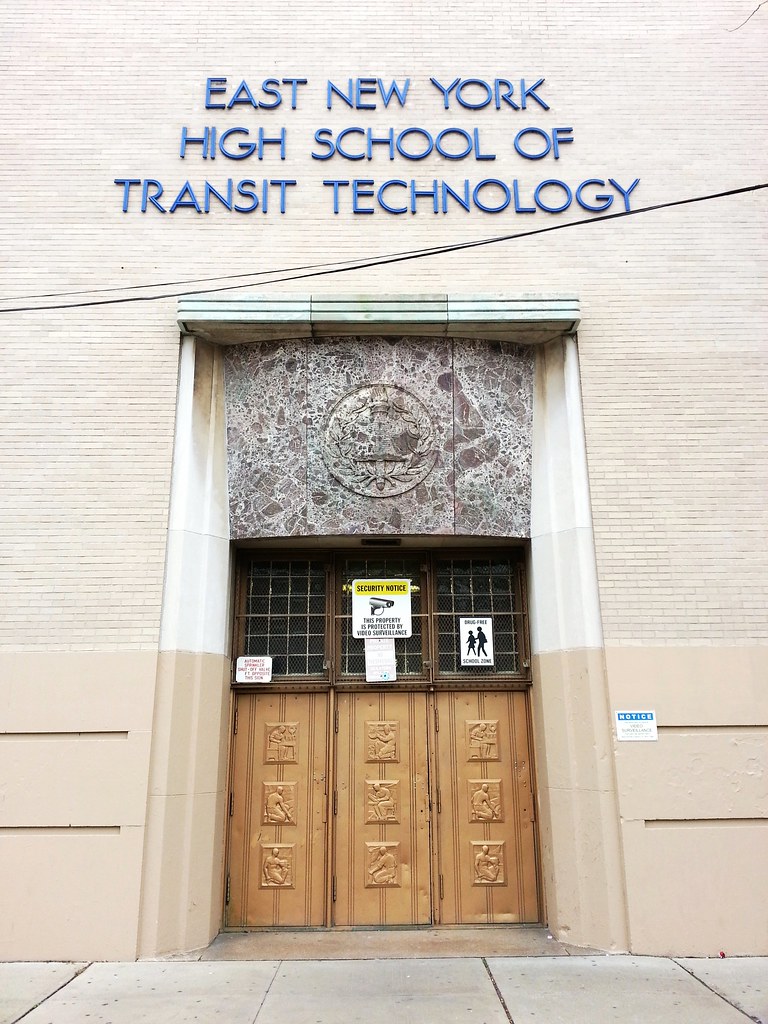 The students here get hands-on experience working on real subway cars — inside the school! 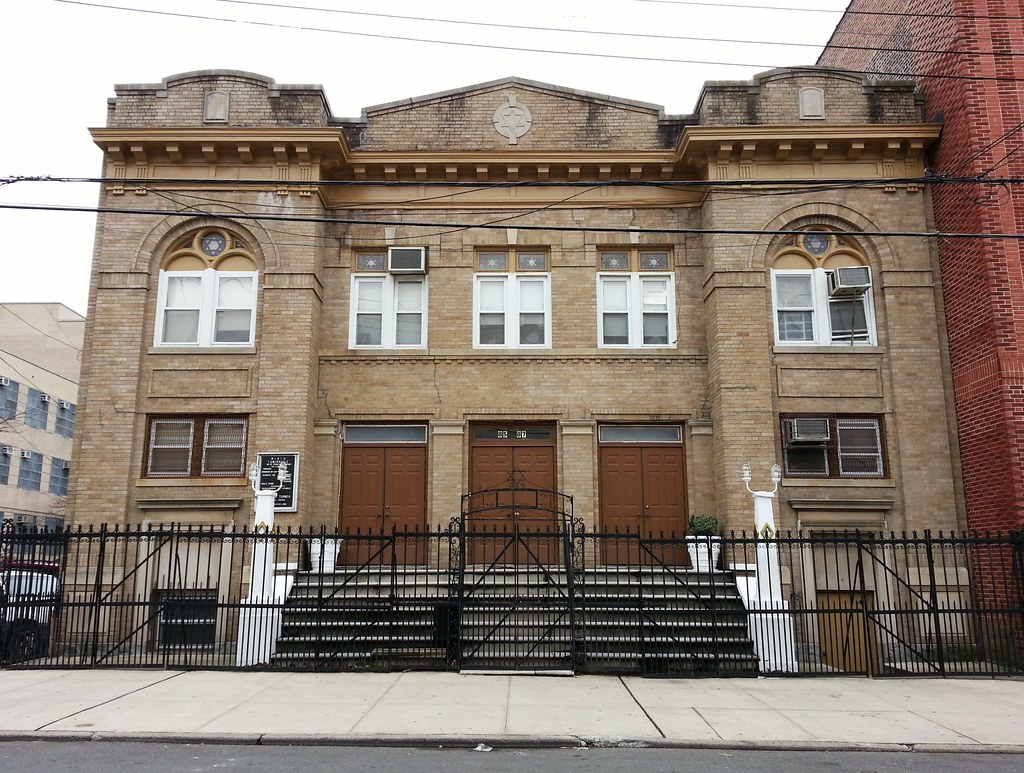 At first, I assumed this was another churchagogue. But then I noticed that there were no Christian symbols on the building, and that the Jewish motifs of the old Talmud Torah Atereth Israel had seemingly all been retained, and perhaps even augmented: the entrance gate topped with the Star of David looks like it might be a recent addition. It turns out that the organization to which the Tabernacle belongs, the Church of God and Saints of Christ, is, despite its name, a denomination of Hebrew Israelites. The city started building this 20-acre facility back in 2001 to serve as the main composting site for Brooklyn and Queens (it sits just on the Brooklyn side of the border between the two boroughs). However, it has only been able to process a limited amount of compost since then (you can see the small number of compost windrows at the site, most of them quite overgrown, here) because its application for an operating permit, which is needed for large-scale composting, has been held up by residents of nearby neighborhoods, who claim that the facility already produces significant levels of odor and dust, and that these conditions will only worsen if operations at the site are increased.

Just this past summer, after years of departmental hearings and procedural wranglings, the commissioner of the state Department of Environmental Conservation finally granted a permit to the facility, rejecting the largely unfounded claims of the locals:

Given the other sources of odors in the vicinity of the facility, including the scavenger waste pit used by septic haulers to discharge raw sewage, the City's combined sewer overflow tanks, and the nearby creek and marshes, it is more likely than not that many of the odors identified by the opponents' lay witnesses were from sources other than the composting facility. In fact, Department inspectors detected odors from those other sources during an inspection conducted in 2007. . . .

As with odor, dust conditions were more likely than not the result of other activities in the area, including construction activities, and bus and truck traffic, and not composting activities. With respect to the "black dust" identified by lay witnesses for the intervenors, black dust was more likely the result of soot from idling diesel engines at the neighboring bus depot than the composting of yard waste at the facility.

As one Department of Sanitation official says about this classic NIMBY problem: "Everybody supports composting, but no one wants anything near them." New York no longer burns any of its garbage; this facility, now smokestack-less, is currently used as a Sanitation garage, with a large salt shed on site. 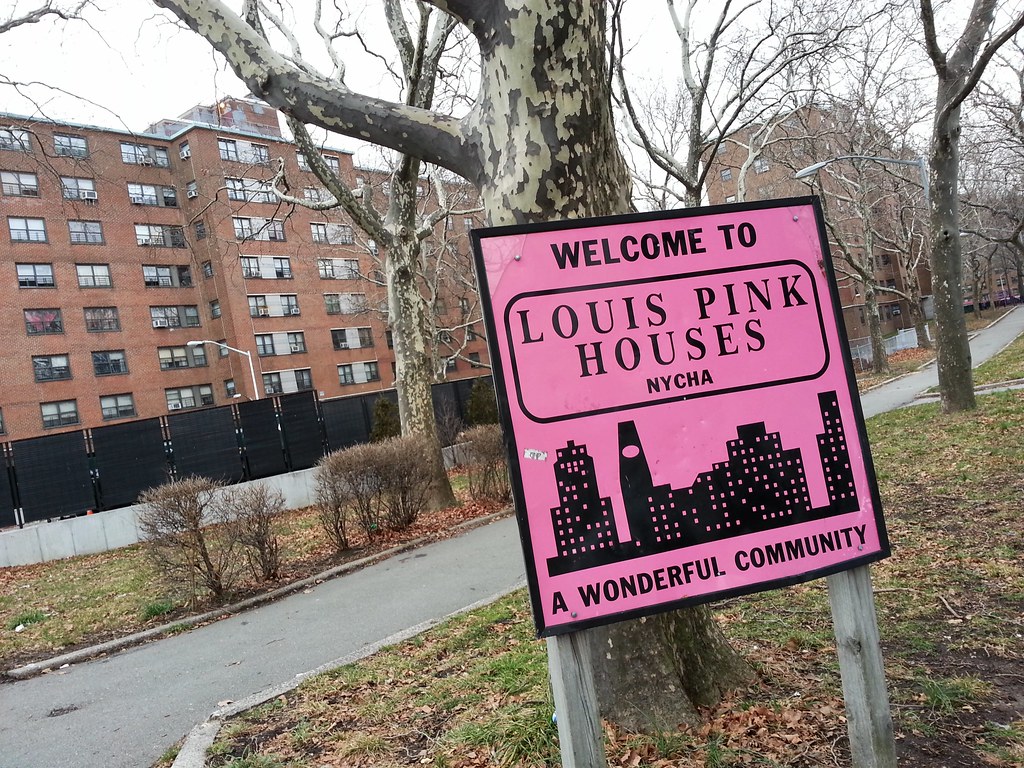 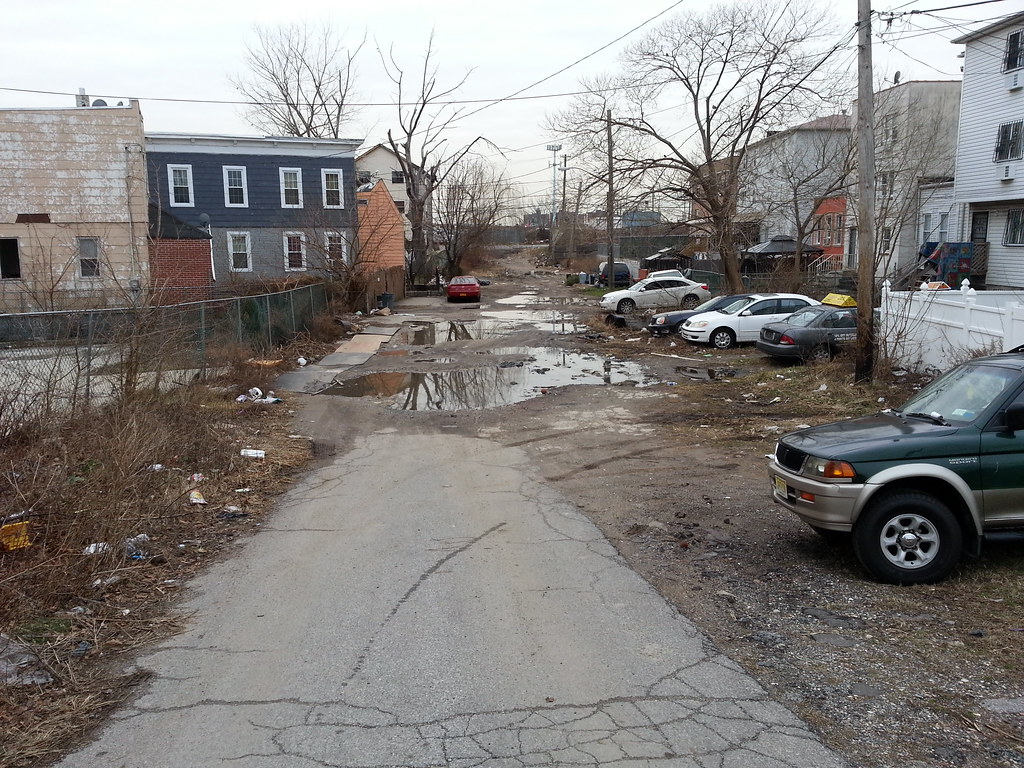 A short remnant of a thoroughfare that perhaps once ran to, I don't know, an old mill? 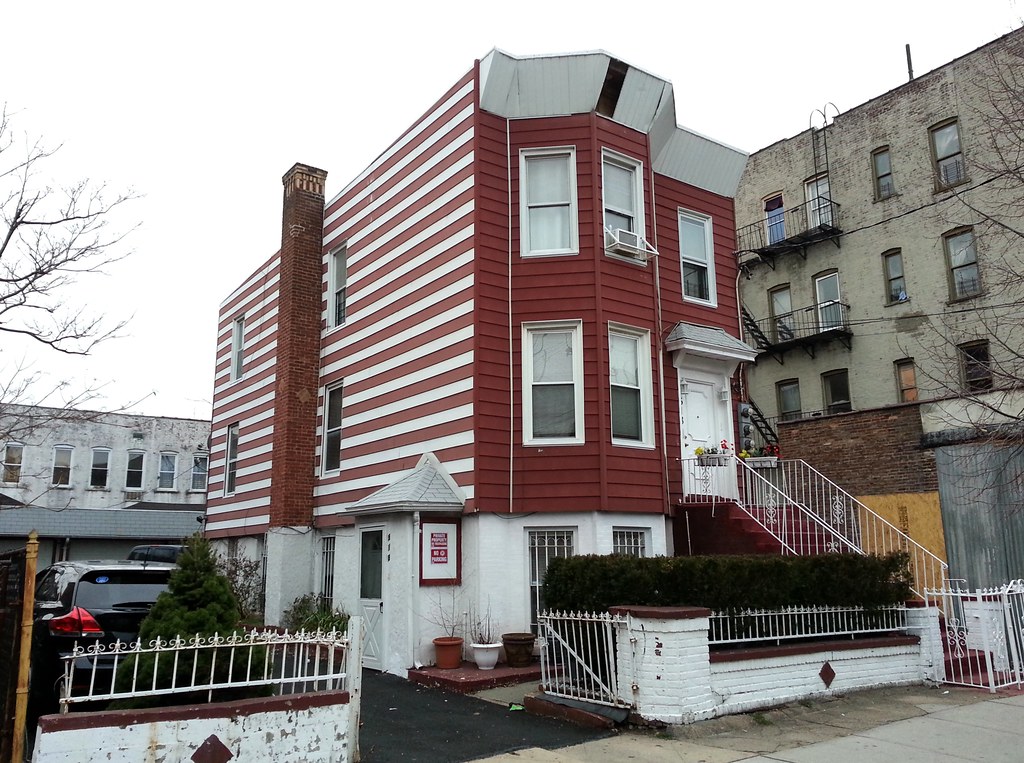 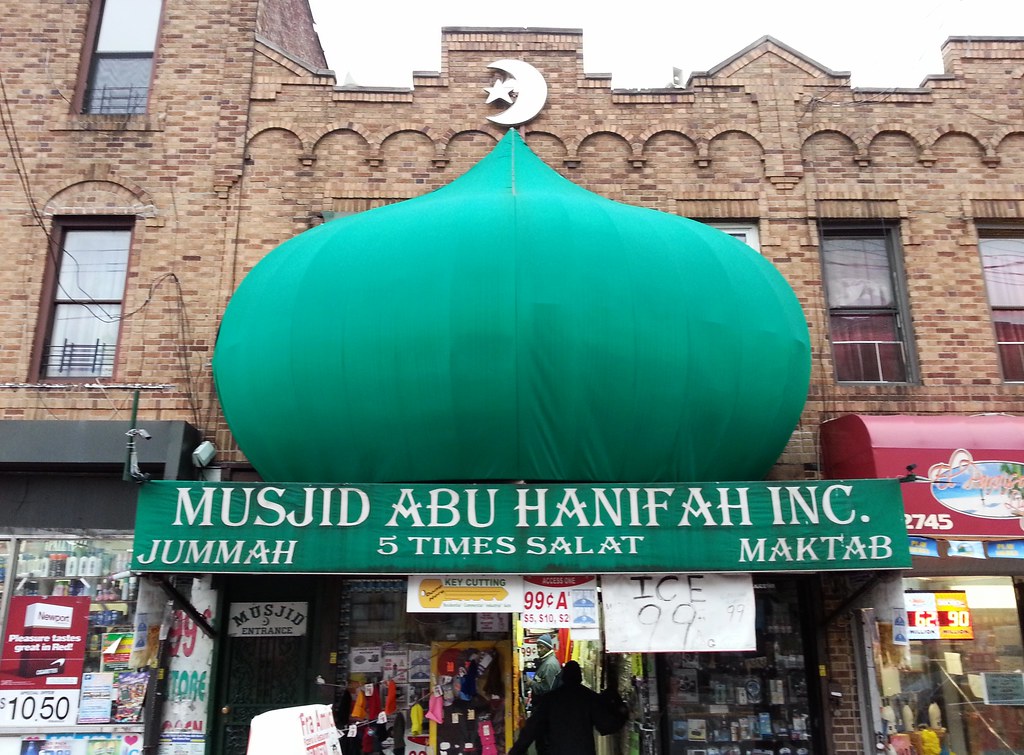 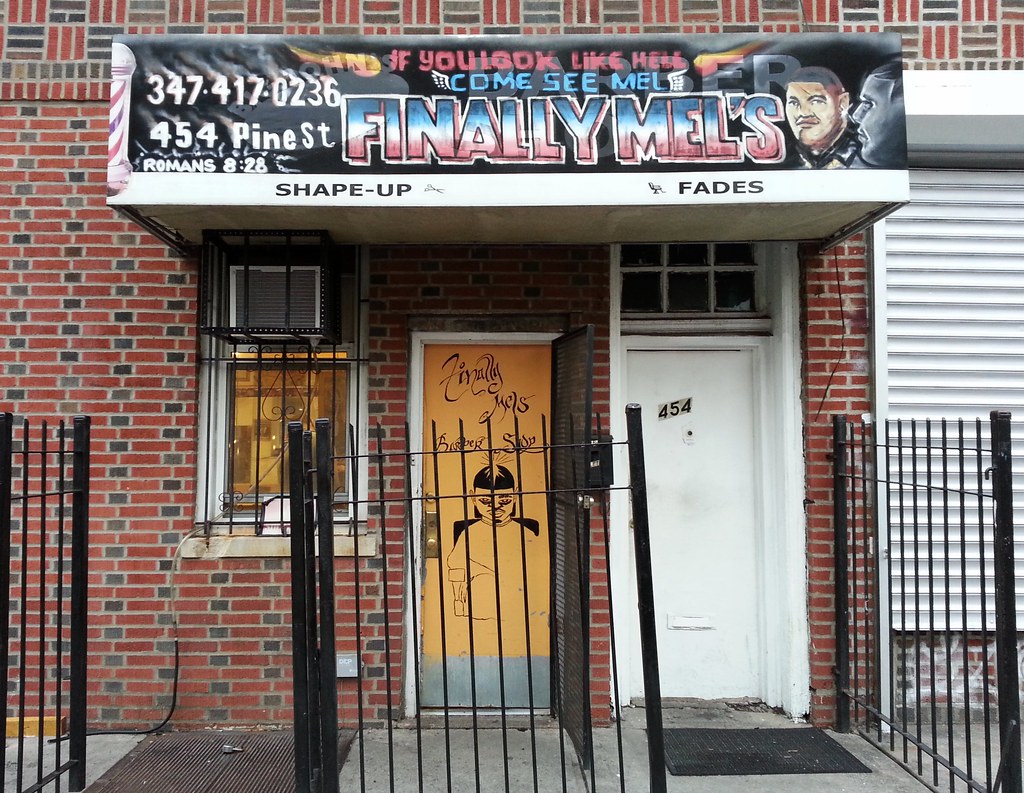