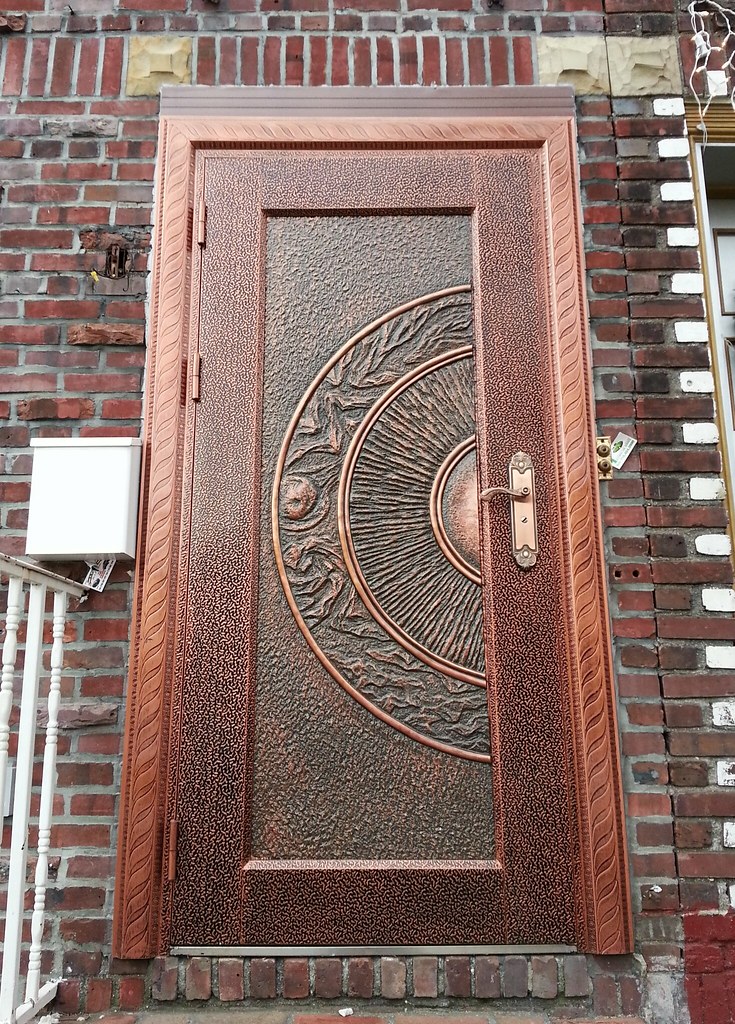 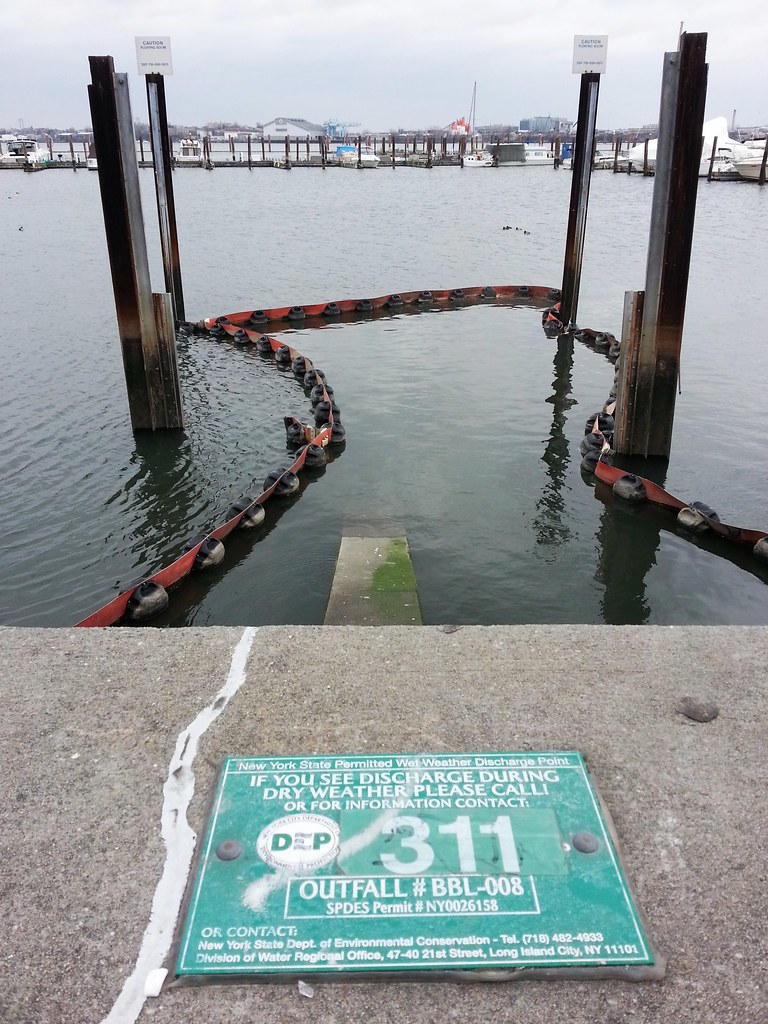 As we learned last January:


Most of NYC's sewers are combined sewers, meaning they collect both sewage from buildings and stormwater runoff from the streets in a single pipe and carry it all to a wastewater treatment plant. During times of significant rainfall or snowmelt, however, the increased volume of runoff entering the sewer can exceed the capacity of the system. In order to prevent a backup, the excess (including untreated sewage) is dumped directly into area waterways.

This outfall is located, appropriately enough, on Flushing Bay. You can see a boom placed on the water to capture discharged floatables, which primarily consist of street litter that has washed into the sewer system. 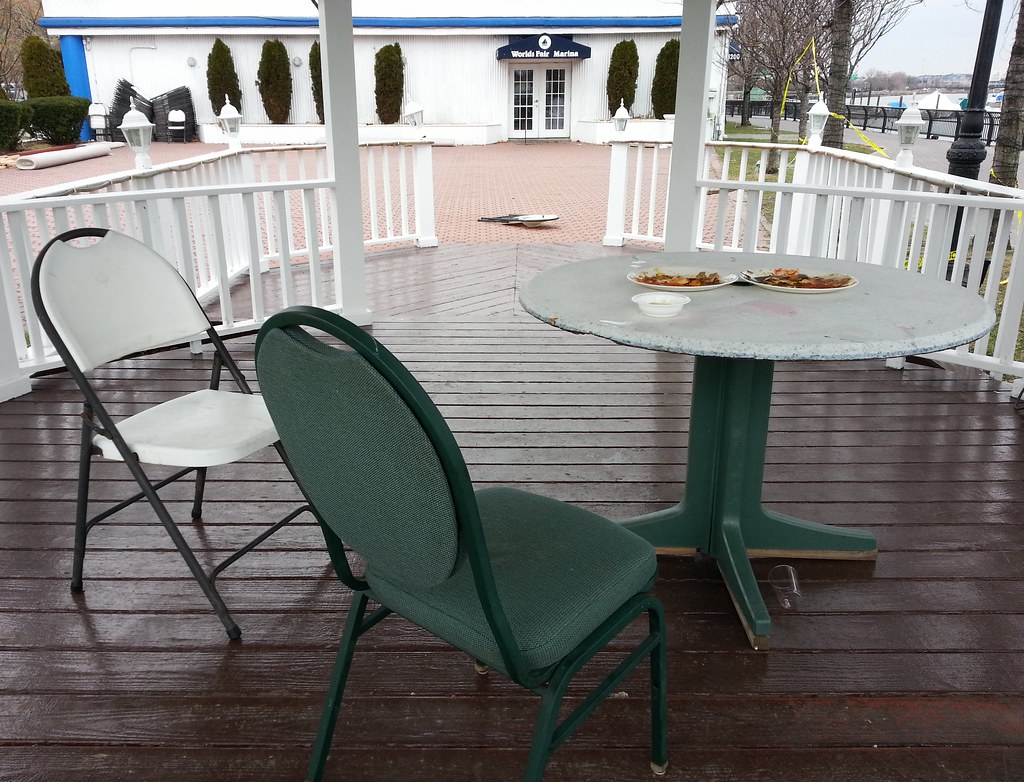 Perhaps these are the remnants of a dinner eaten in haste by the staff of the World's Fair Marina banquet hall, which, judging by the New Year's Eve paraphernalia strewn about, must have hosted a rather well-attended party last night. The marina was built as a boat basin for the 1939 World's Fair and was expanded to accommodate 800 vessels for the 1964 fair. It has since been scaled back, with a current capacity somewhere around 250. 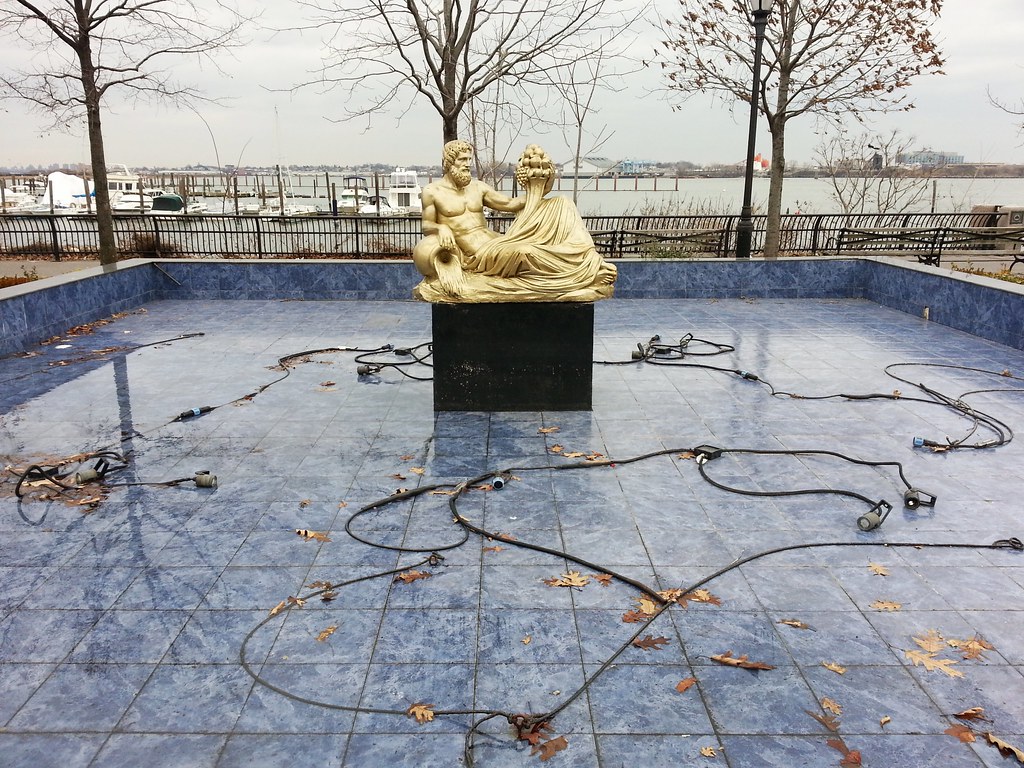 G is for Giraffe 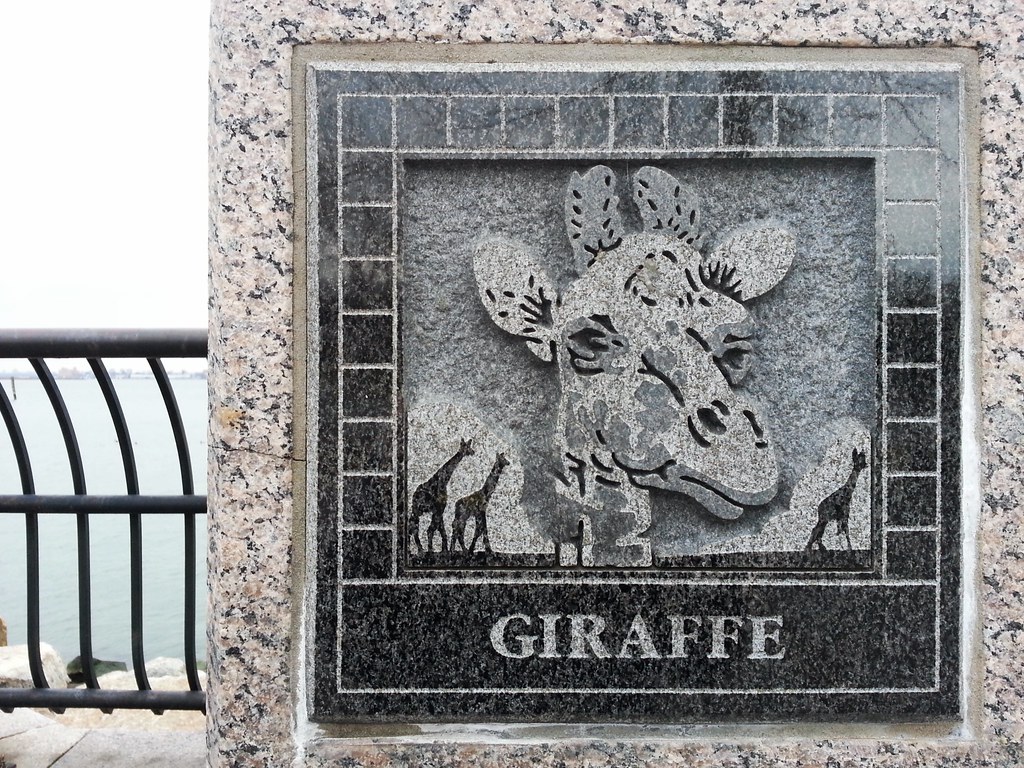 The Flushing Bay Promenade at the northern end of Flushing Meadows-Corona Park is lined with black granite panels depicting one animal and one plant for each letter of the alphabet. (It's a pretty safe bet that ol' Henry Stern had something to do with this.) The artist didn't shy away from extinct or mythological beasts, including both "Dinosaur" and "Unicorn" in the collection. As I approached the end of the alphabet, I tried in vain to come up with an "X" animal or plant. The official selections were cop-outs: "Oxen" and "Oxalis". 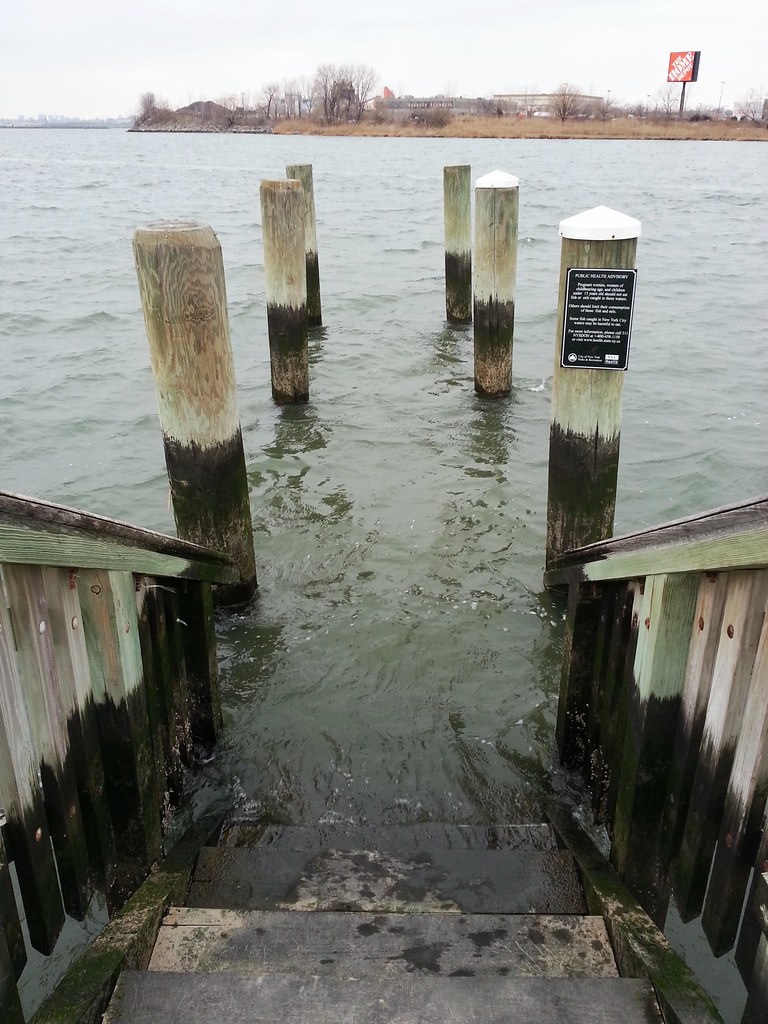 
Pregnant women, women of childbearing age, and children under 15 years old should not eat fish or eels caught in these waters.

Others should limit their consumption of these fish and eels.

Some fish caught in New York City waters may be harmful to eat. 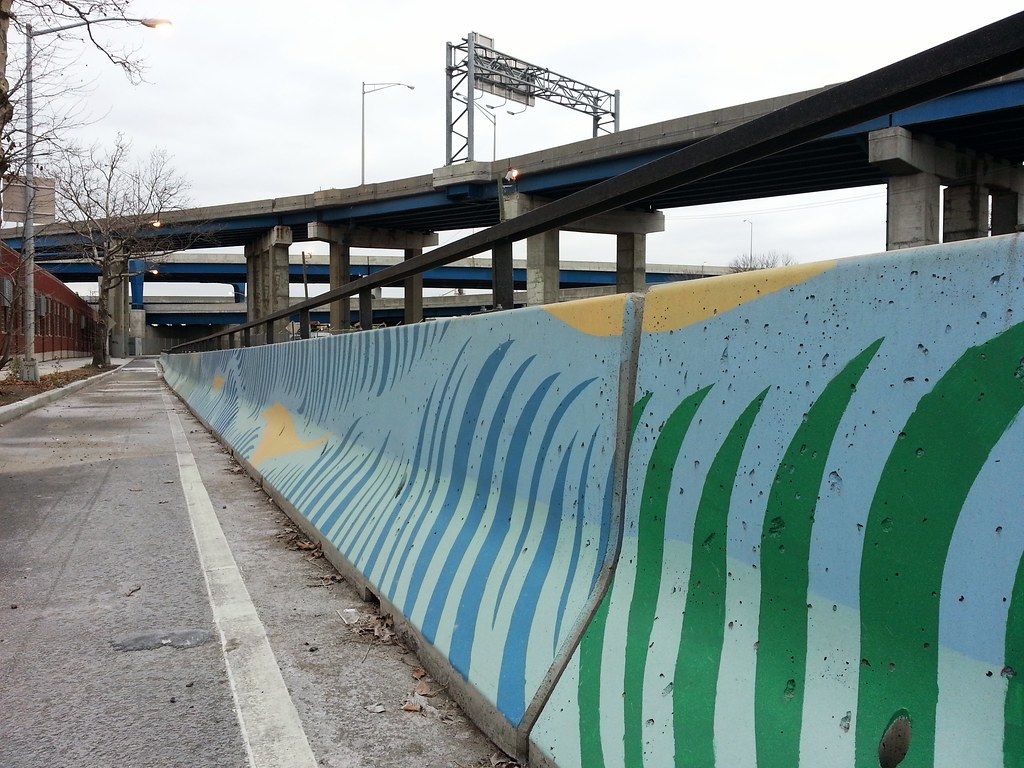 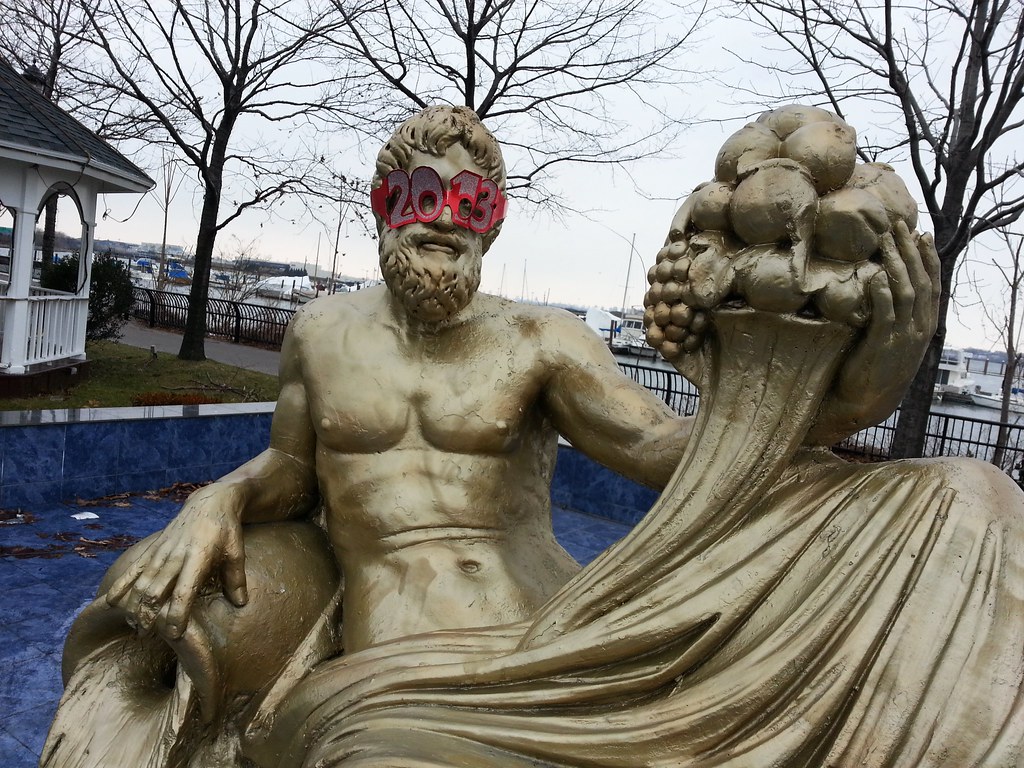 Our friend gets a holiday makeover. 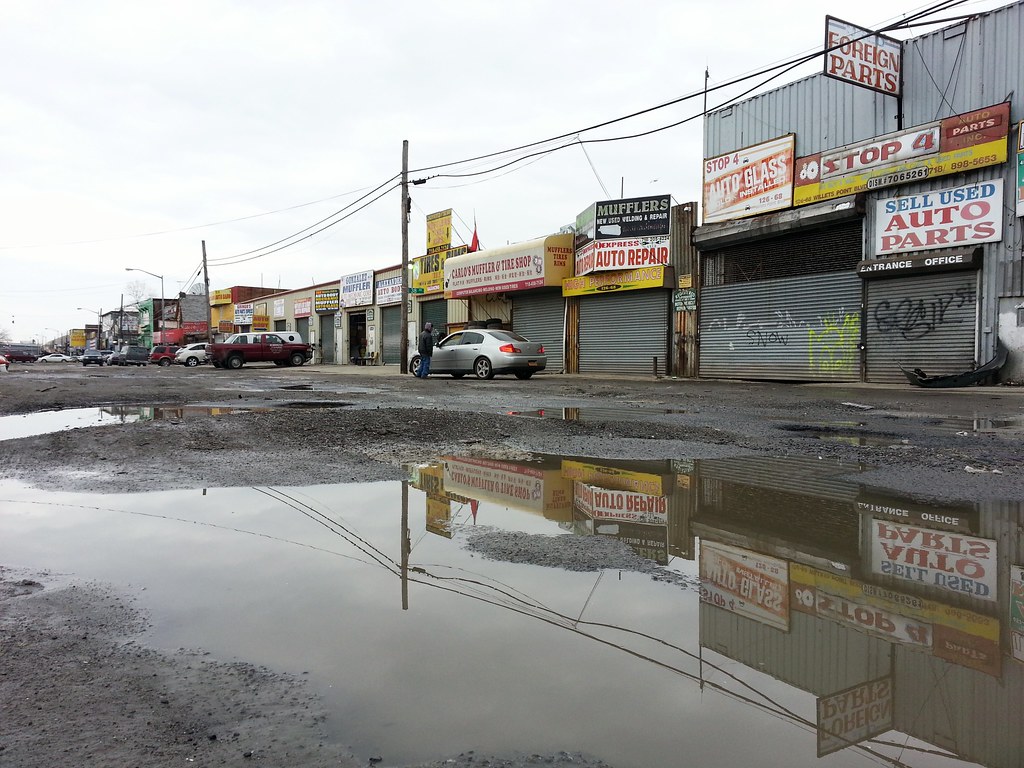 Welcome to beautiful Willets Point, a sewerless, sidewalkless, 60-some-acre preserve of puddles and potholes that is home to more than 200 auto parts and body shops, as well as one lone resident.

The sewers are coming, though! 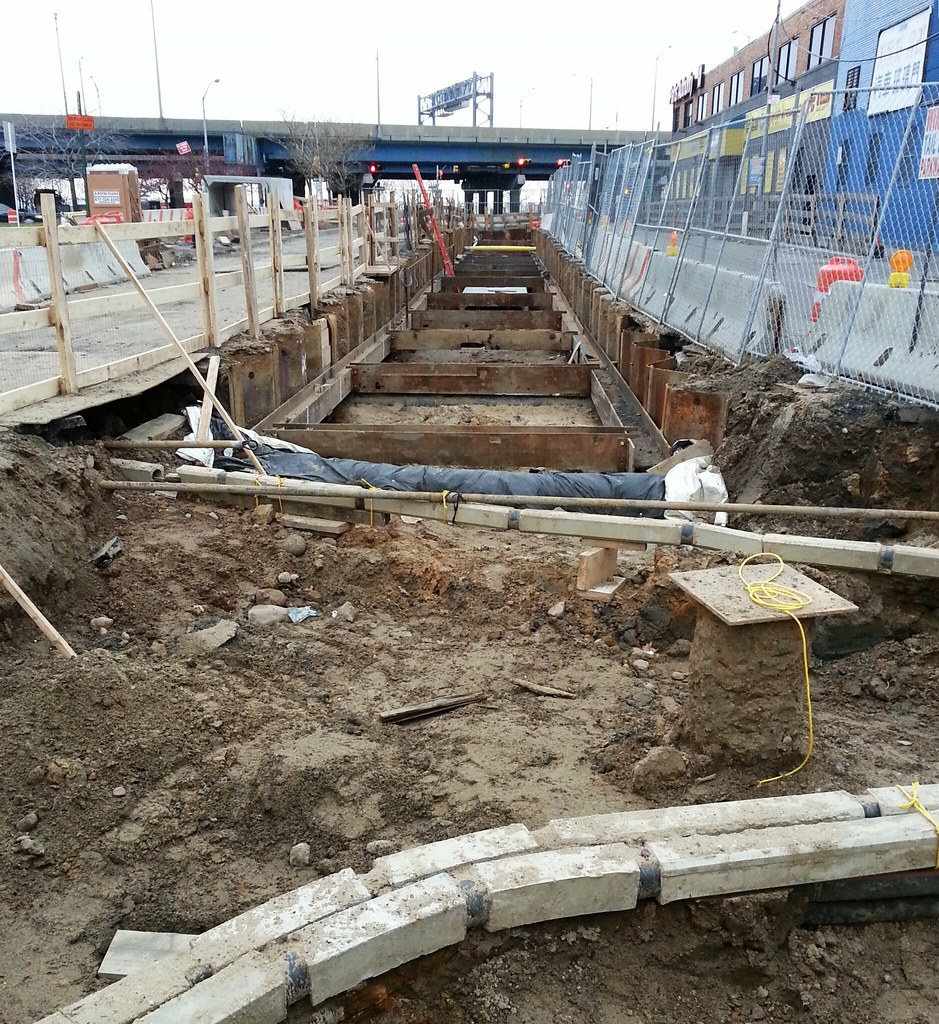 This project is part of Mayor Bloomberg's controversial, obstacle-laden plan to develop Willets Point into New York's "next great neighborhood". 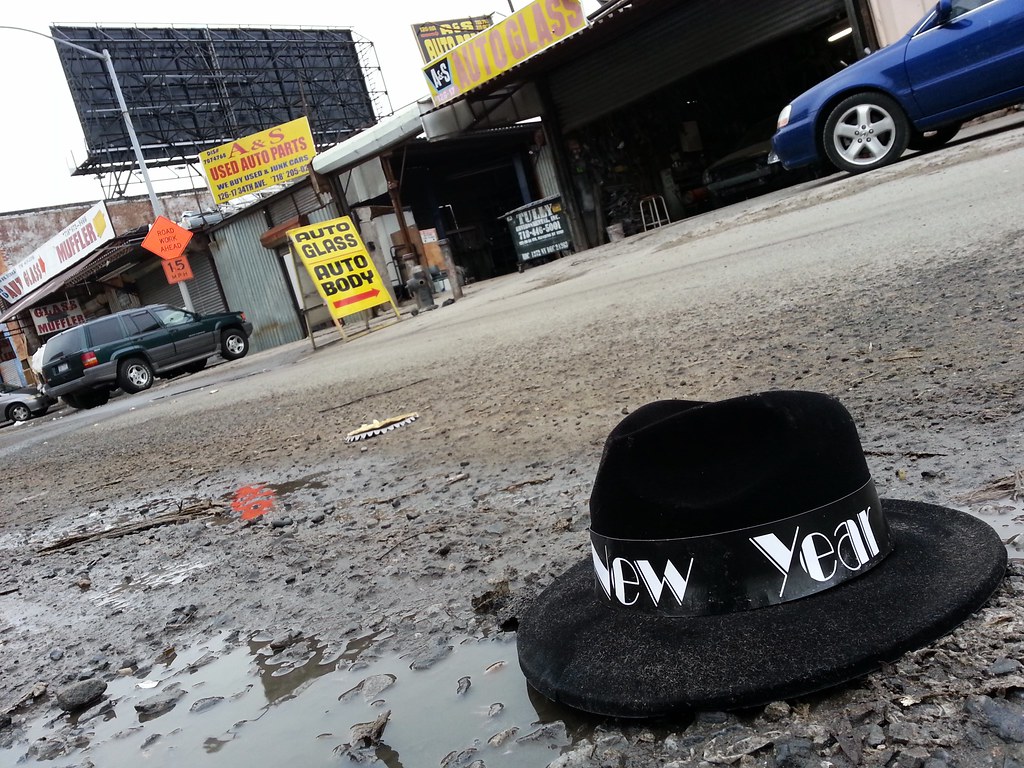 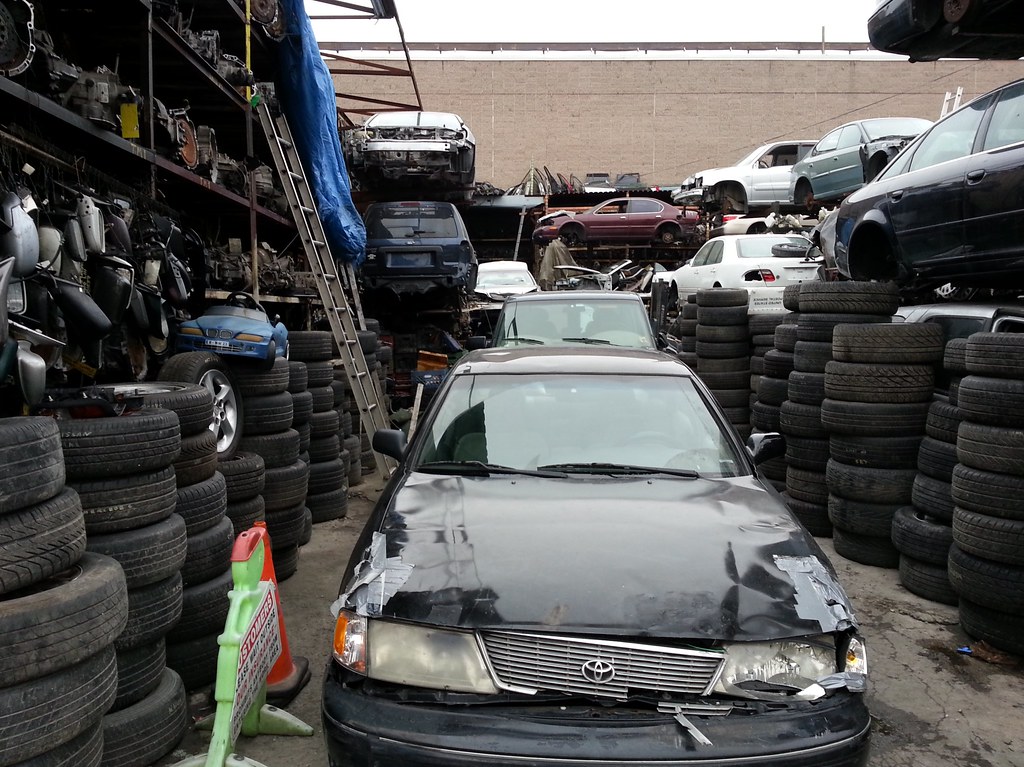 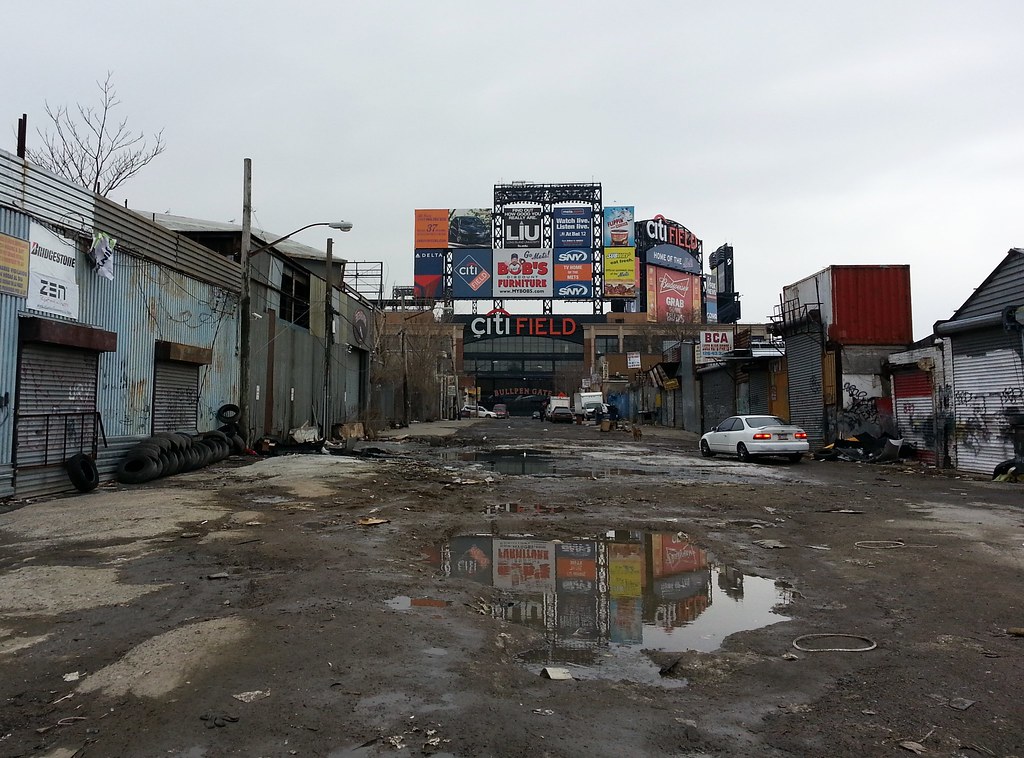 The $800 million corporate logo-clad home of the Mets stands, hilariously, just across the street from the bombed-out wasteland of Willets Point. 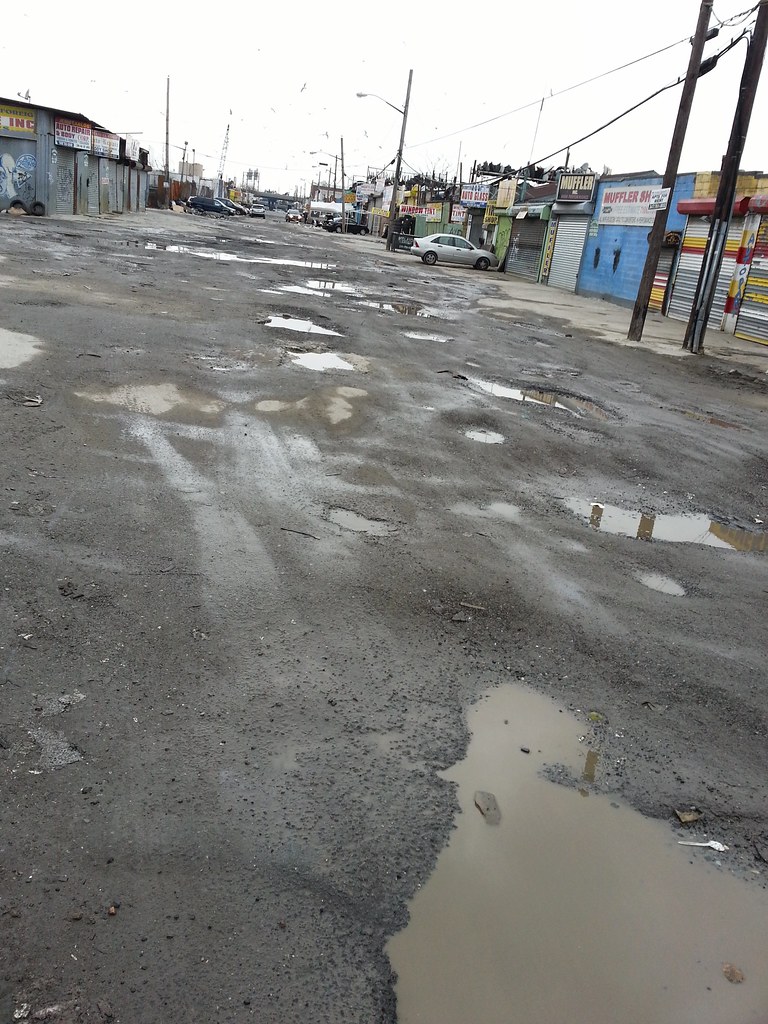 Willets Point, a neighborhood devoted almost entirely to fixing cars, is home to what must be the worst streets in the whole city.

The sights and sounds of Willets Point 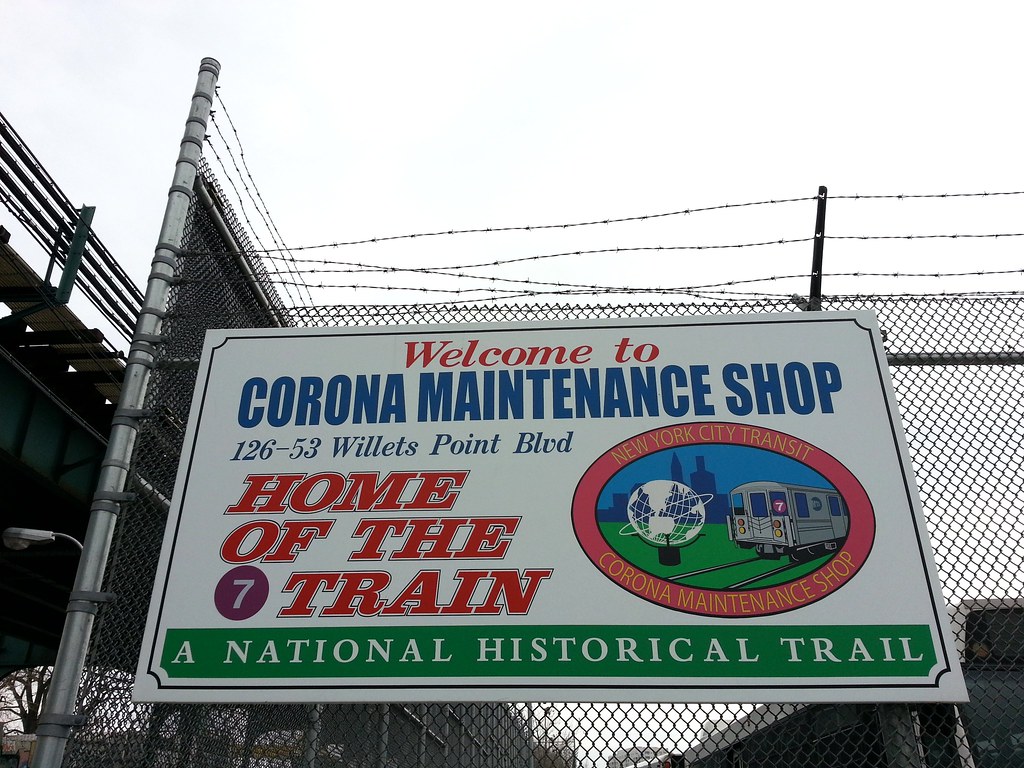 This sign must be referring to the 7 train's selection as a National Millennium Trail in 2000 (about six months after John Rocker famously badmouthed the line). 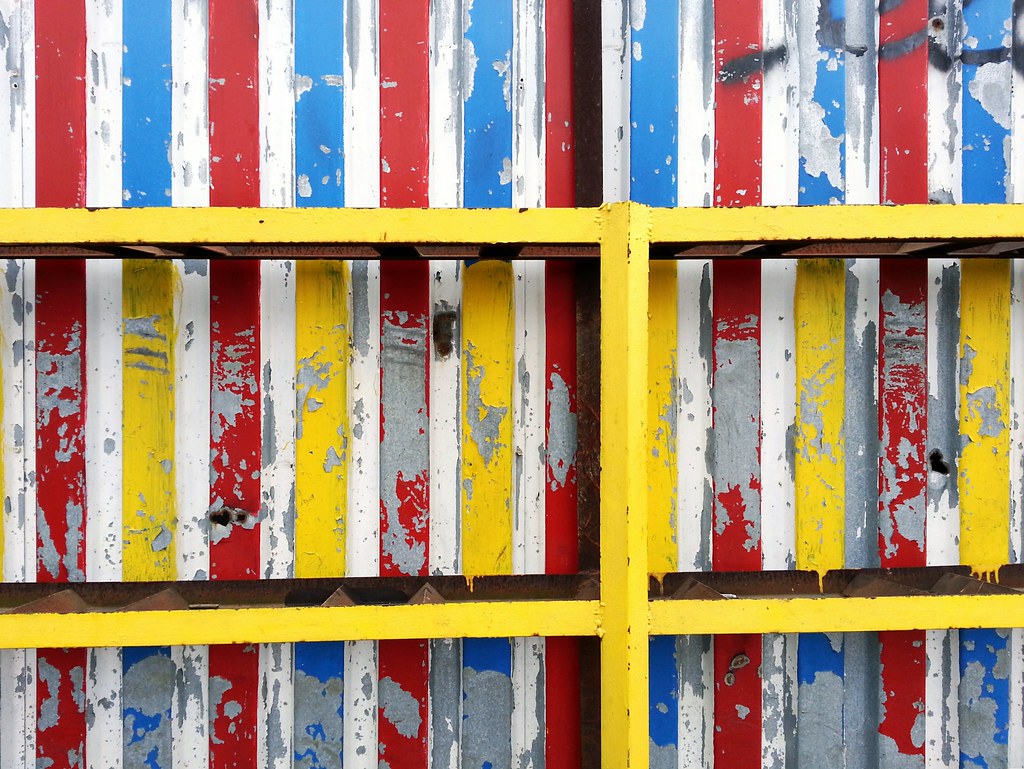 Outside a tire shop 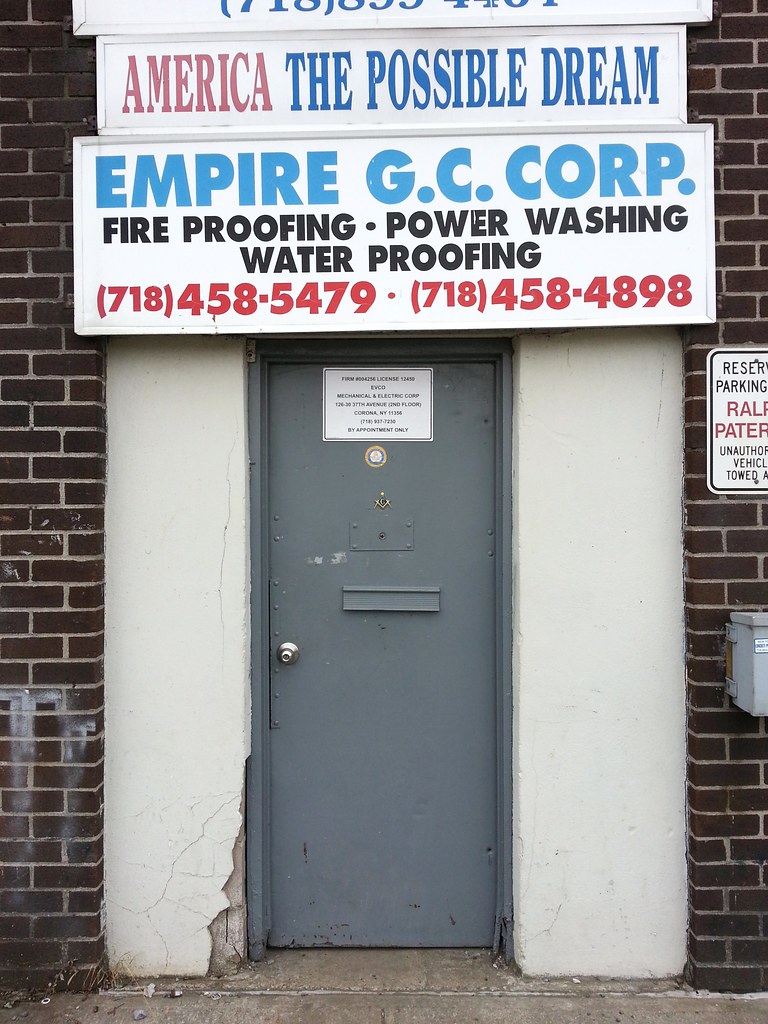 The body (shop) of Jesus 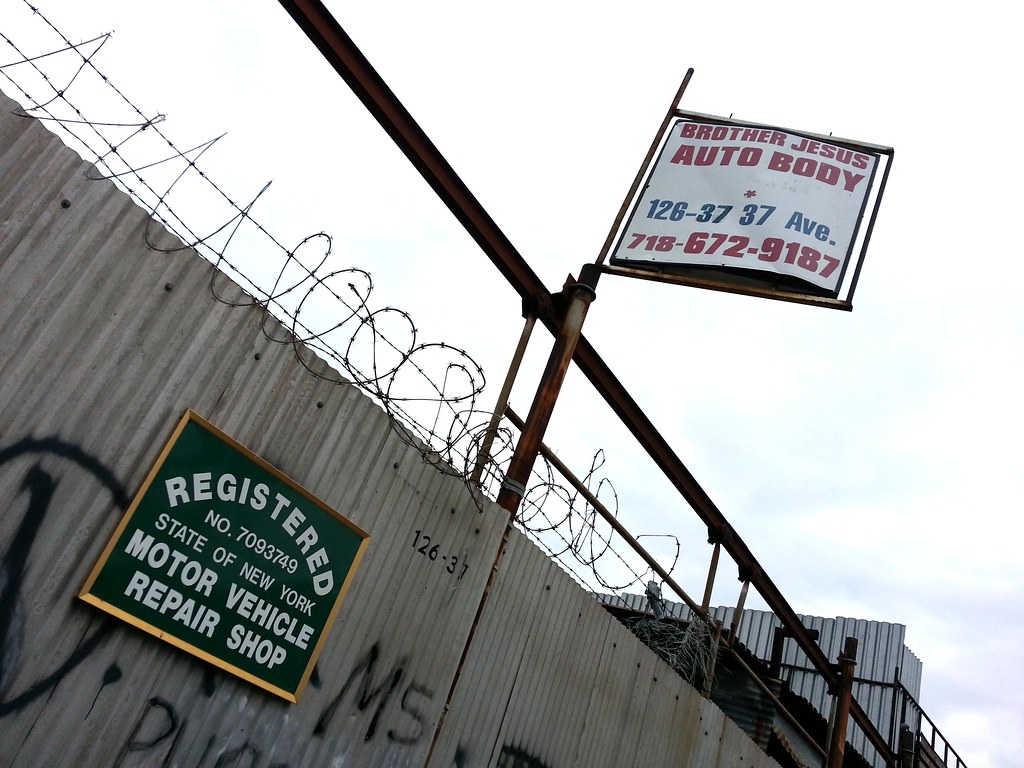 And now I know 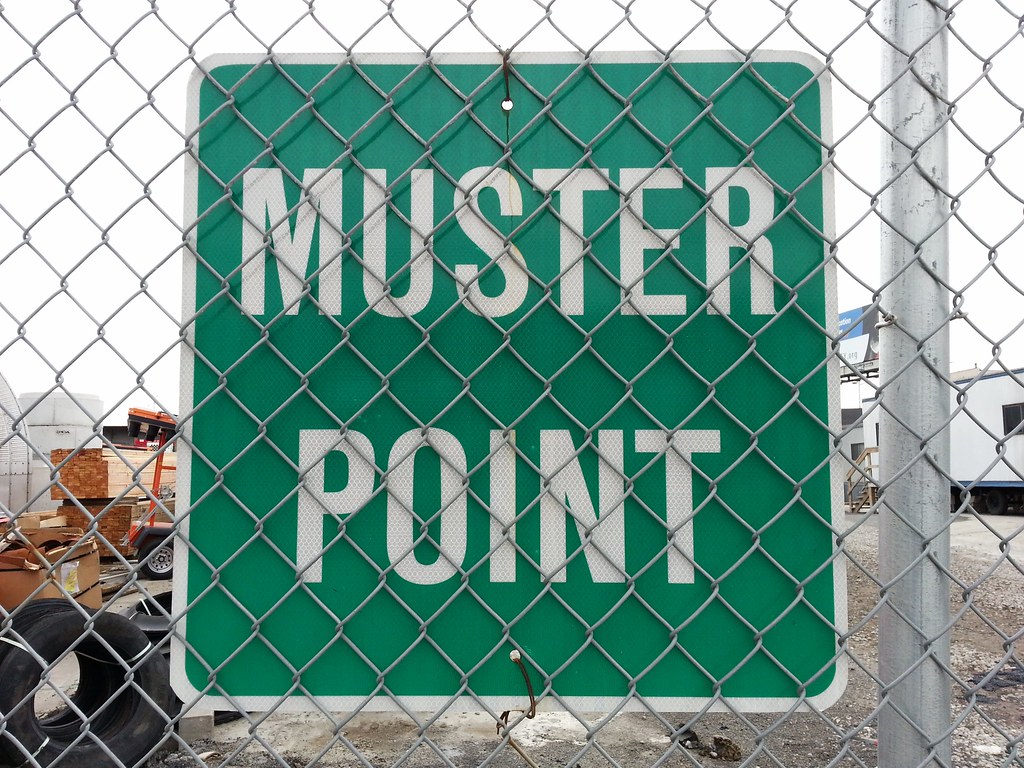 what a muster point is. 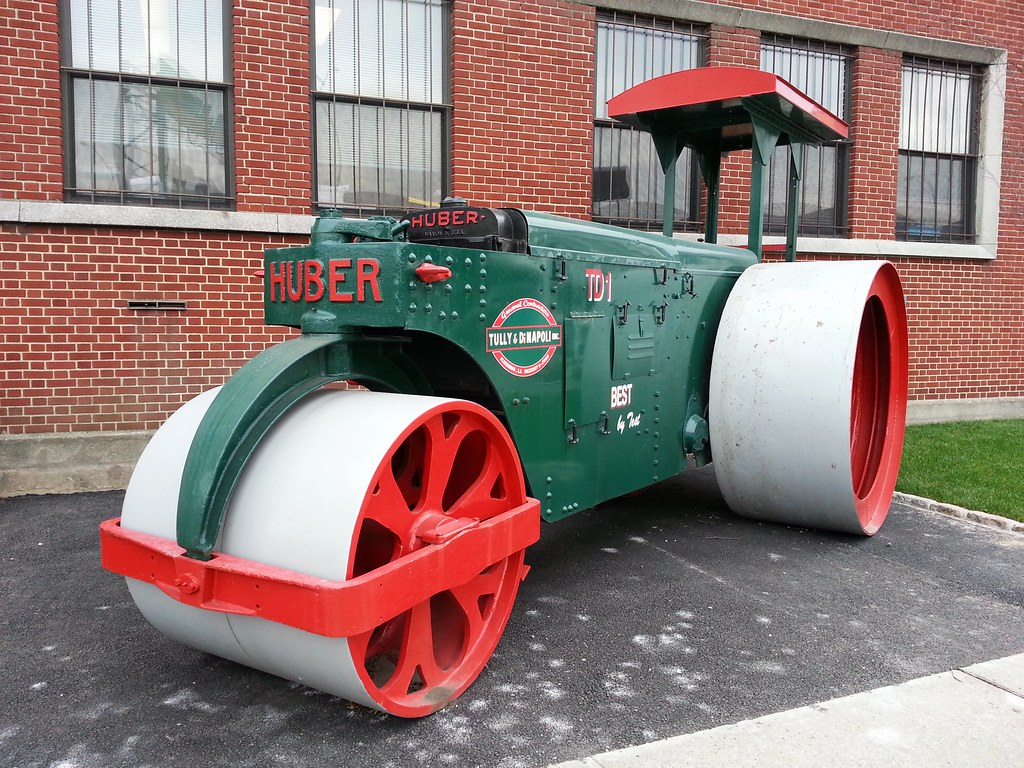 Some age better than others. 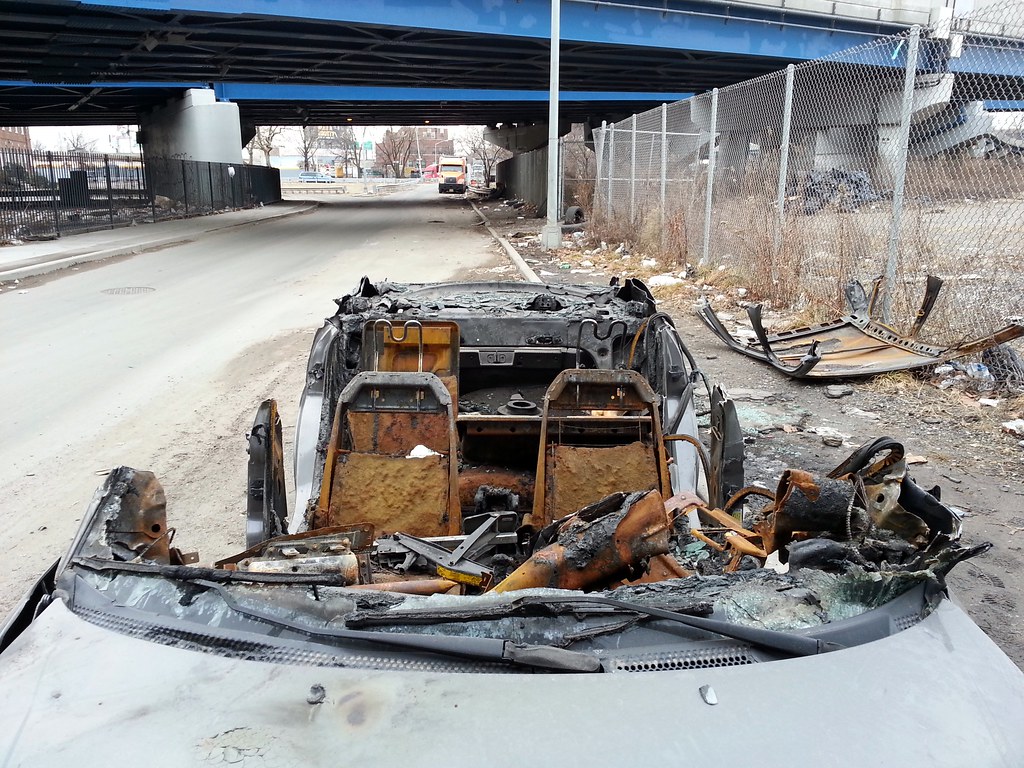 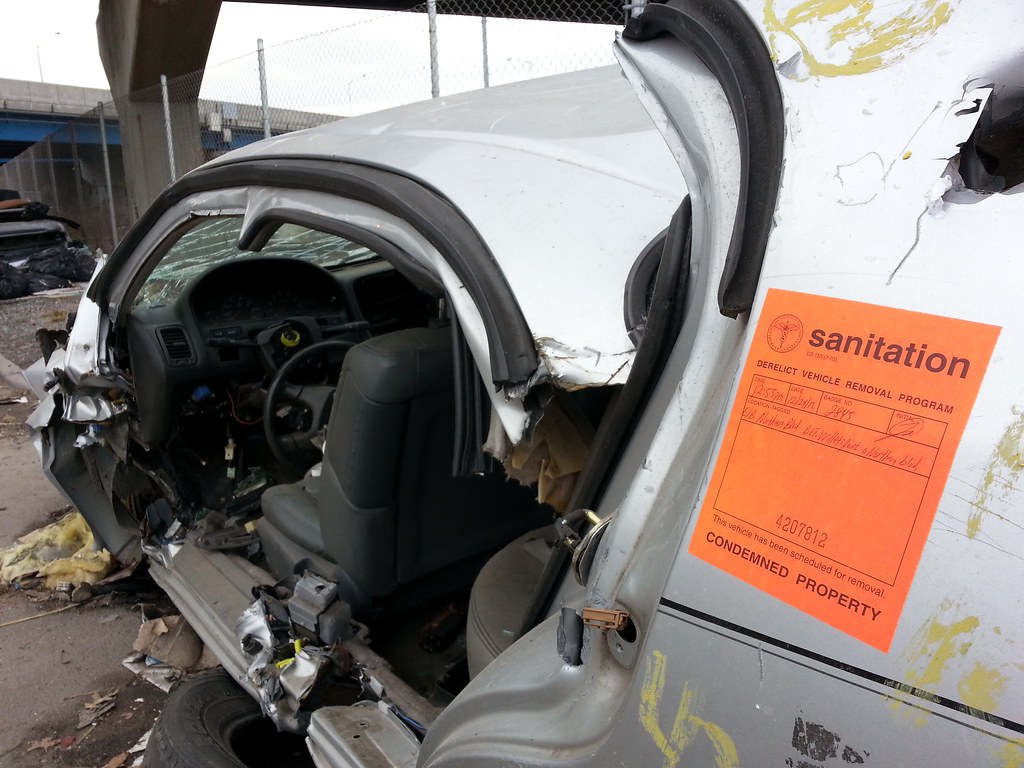 Now this is a derelict vehicle. 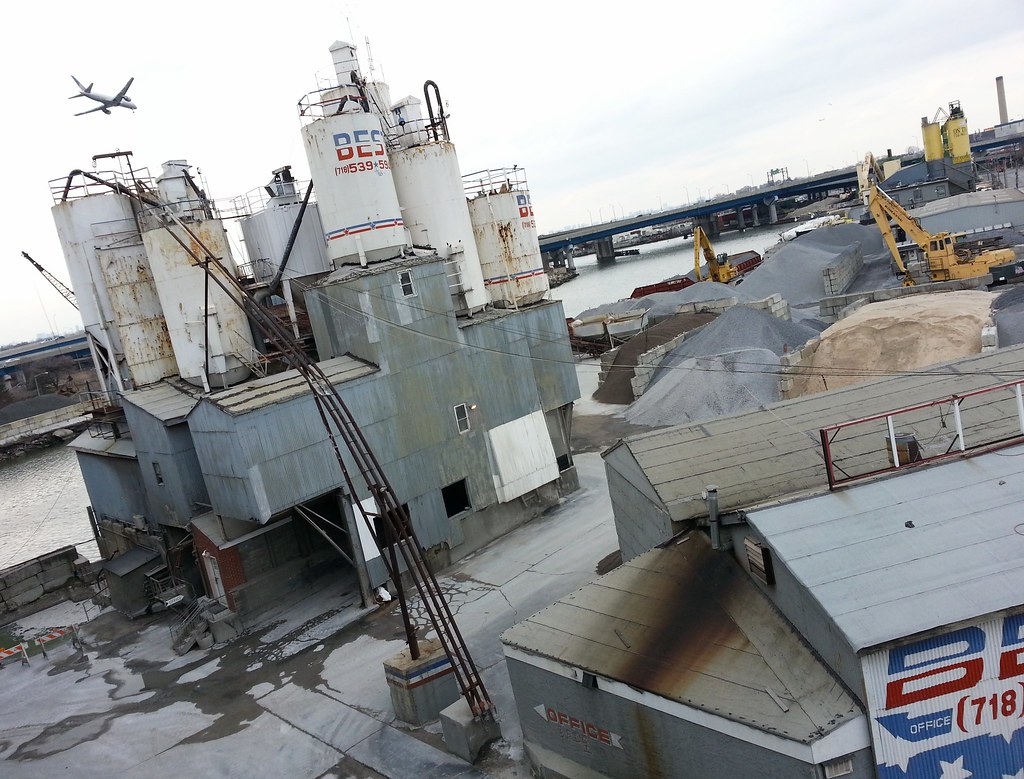 (That's not an endorsement.)

This is just one of many industrial enterprises lining the scenic banks of the Flushing River. (Here's a closer look at part of the plant.) 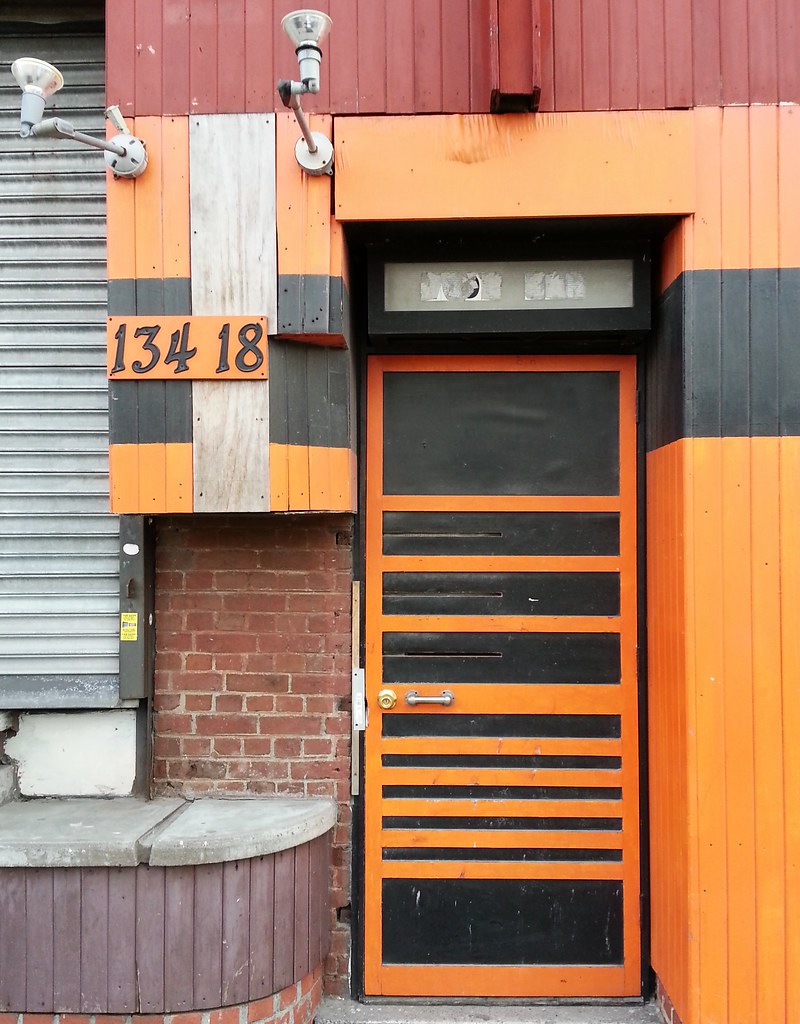 These guys apparently did not think very highly of this building's old ornamental flourishes. 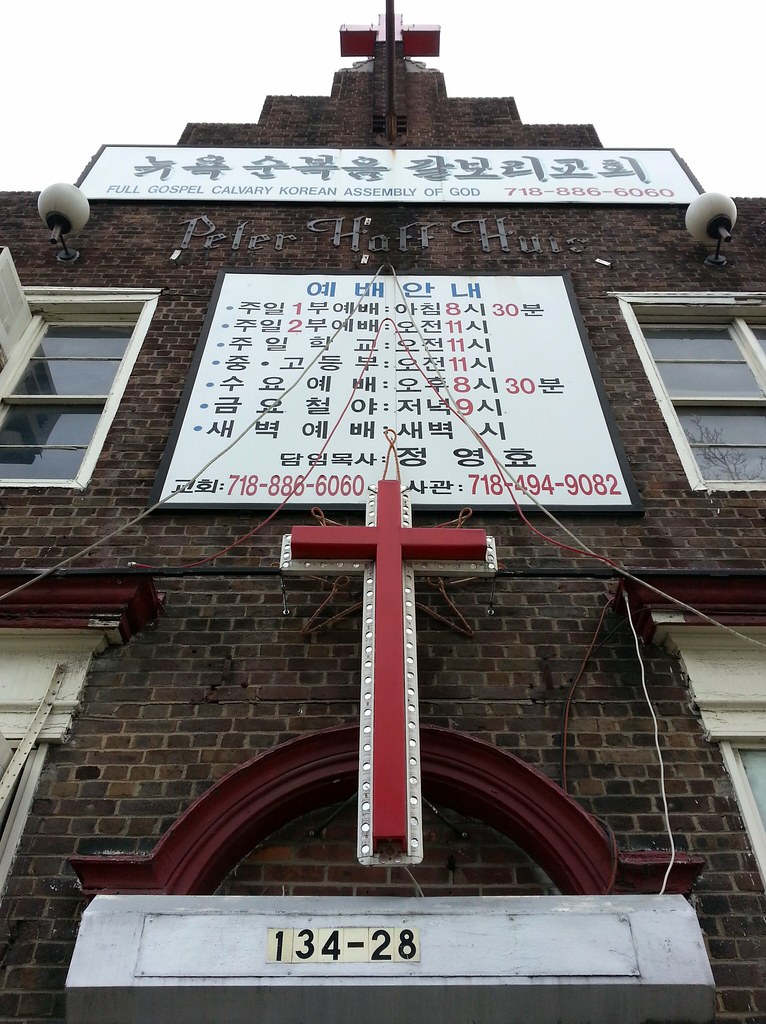 Named after an early Dutch settler of Flushing, this building houses several little businesses, including the defunct bar from the previous photo, as well as this Full Gospel Korean church.

Back at the Scrap King 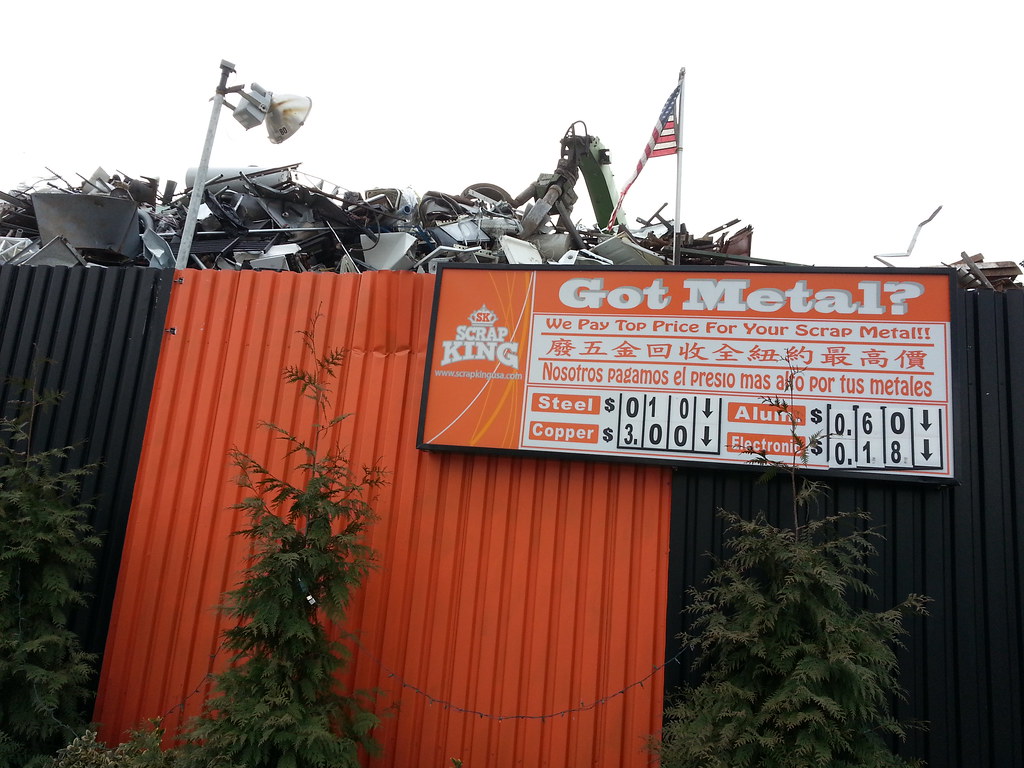 Let's see how prices have changed since last January. 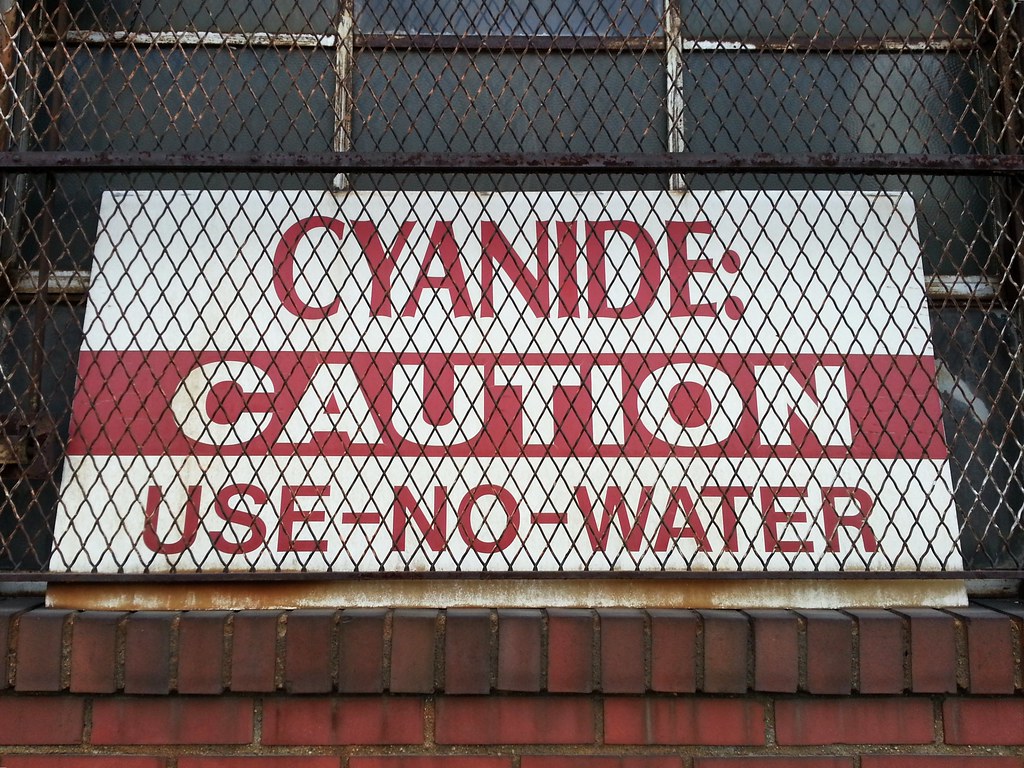 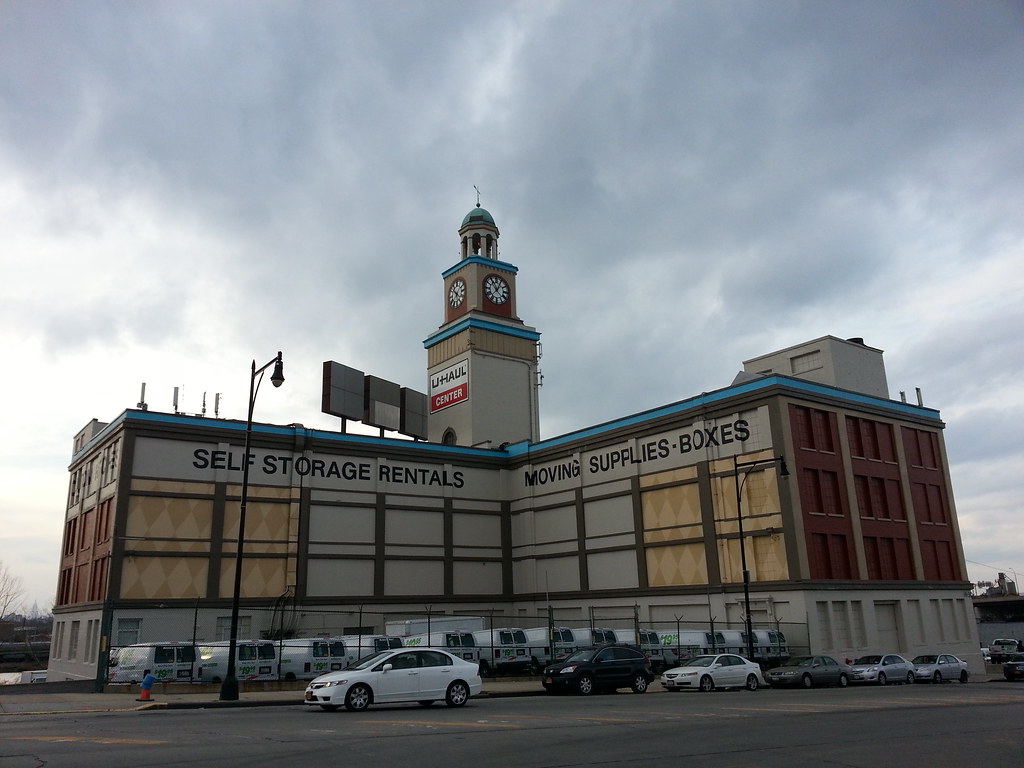 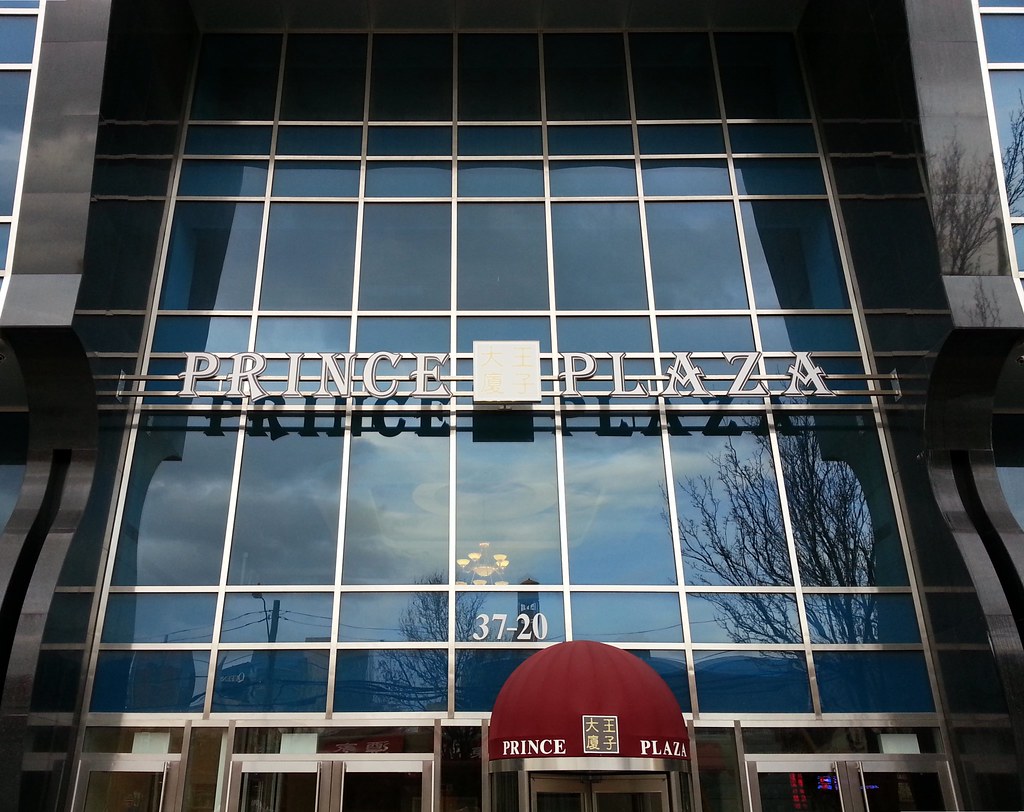 by my arch-enemy, Algerian 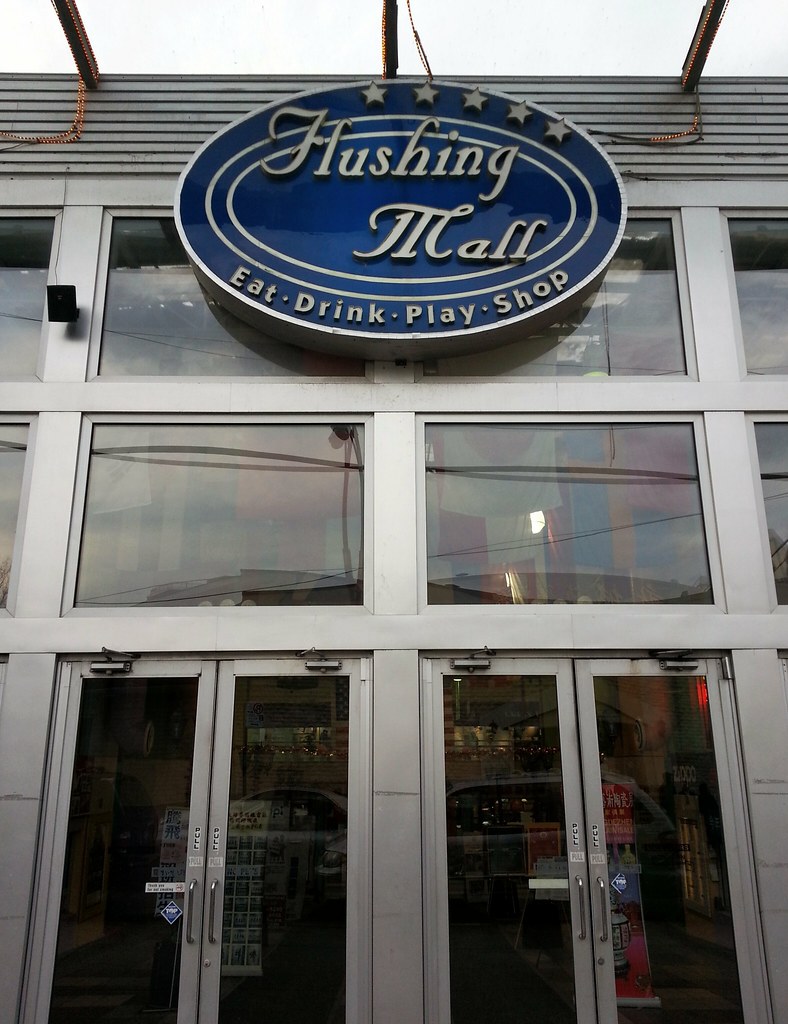 Home to one of Flushing's beloved Asian mall food courts