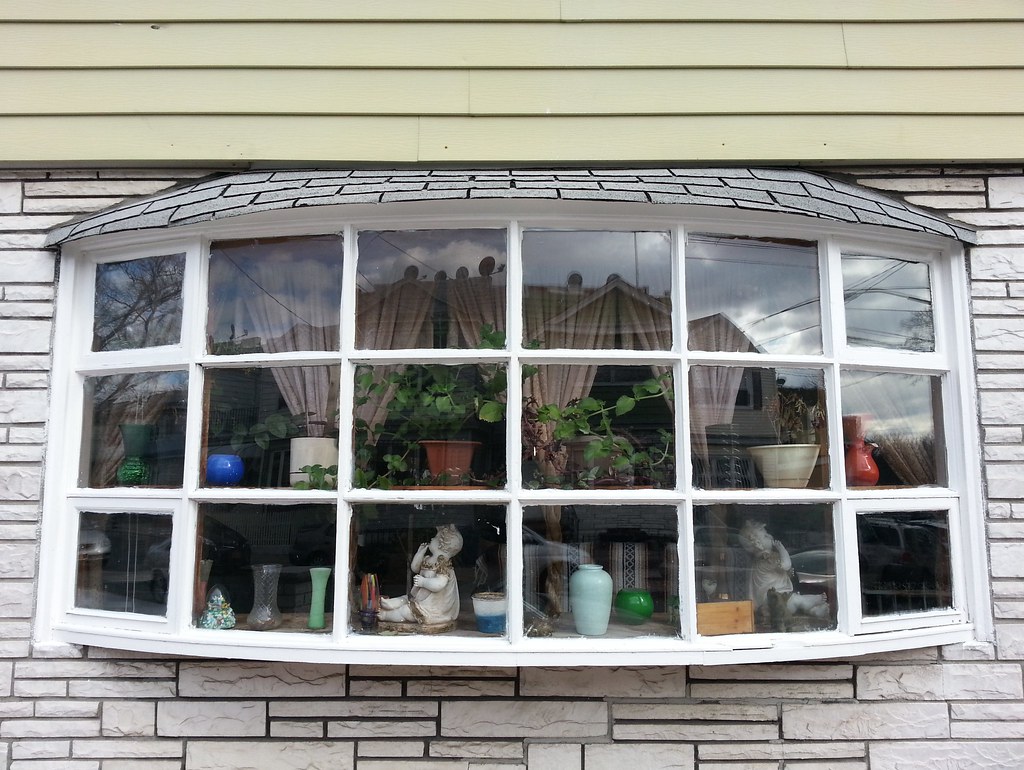 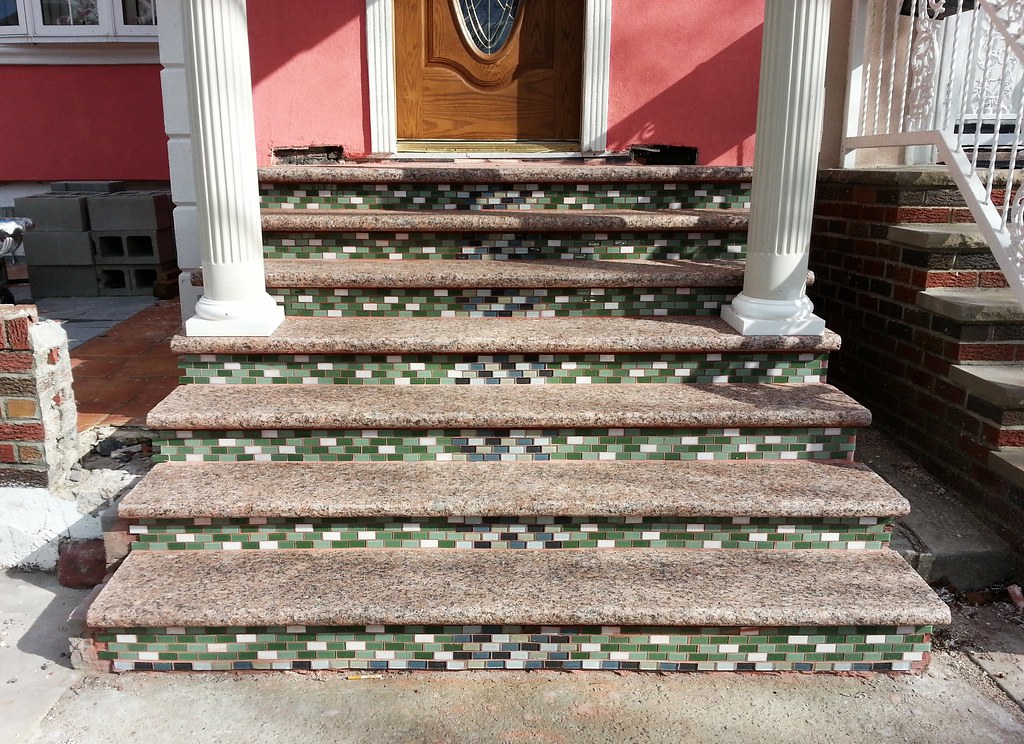 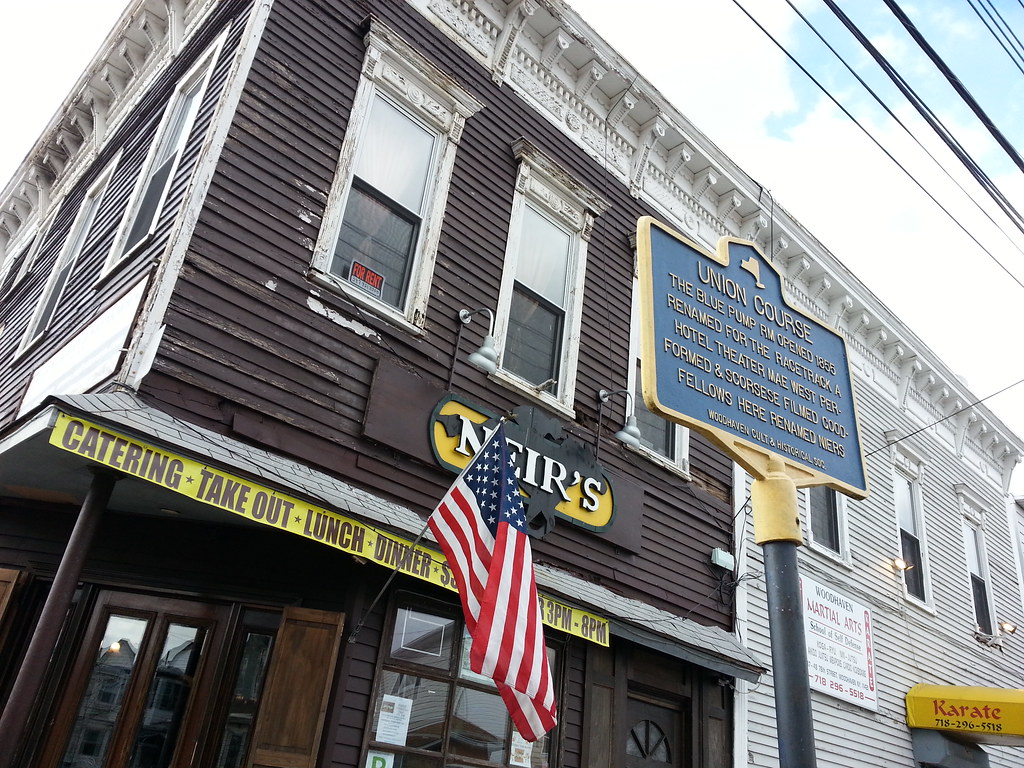 Got all that? If you're a fan of punctuation (and correctly spelled movie titles), you might find this history of Neir's Tavern a bit more comprehensible. You can also see some great old photos of the place here and read a sentimental NY Times tribute to the pre-renovation Neir's here. I don't know what accounts for the discrepancy in opening dates — 1829 vs. 1853 vs. 1855 — found in different sources, but, in any case, Neir's is one of the oldest bars in the country. 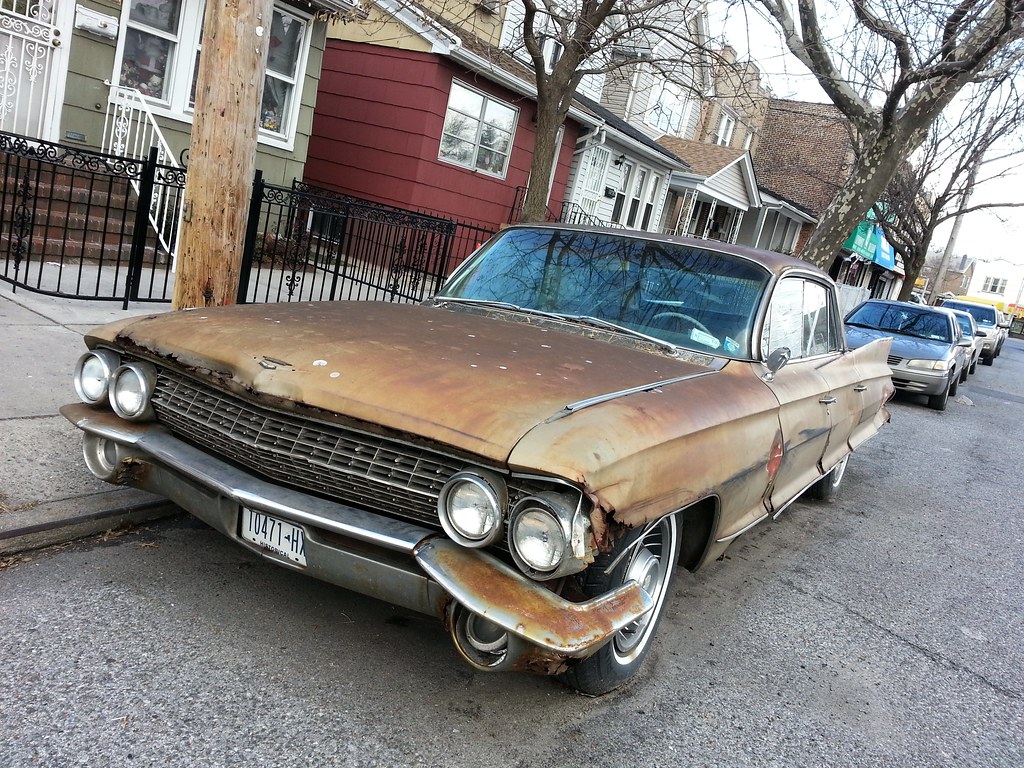 A well-aged lump of rust 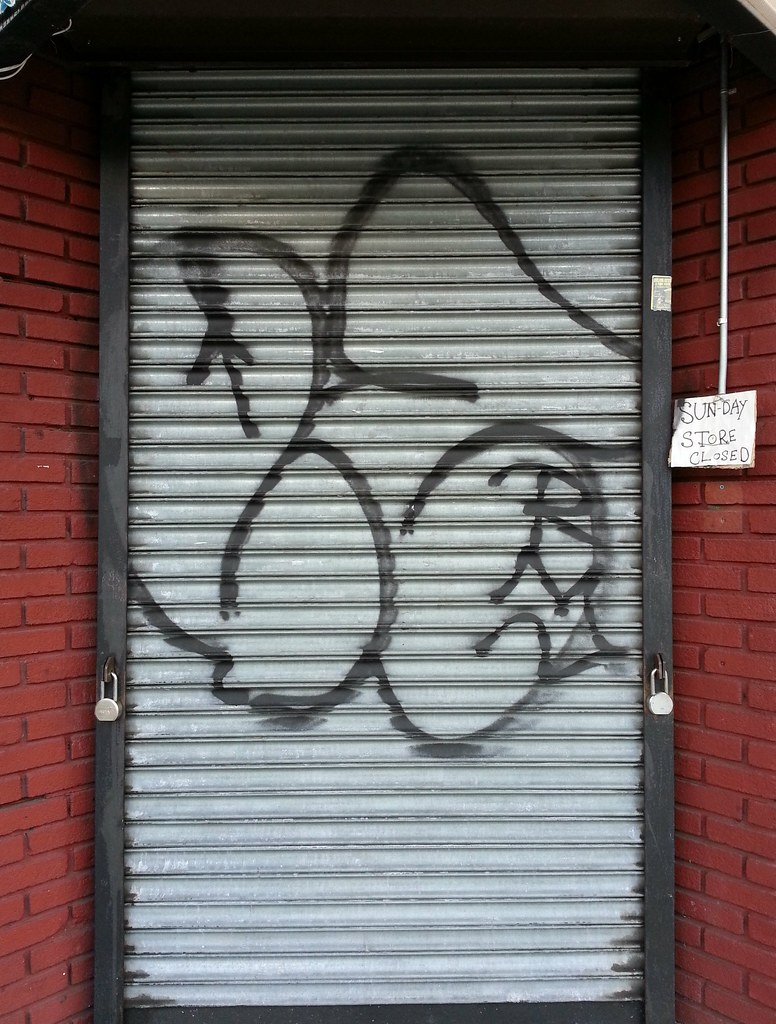 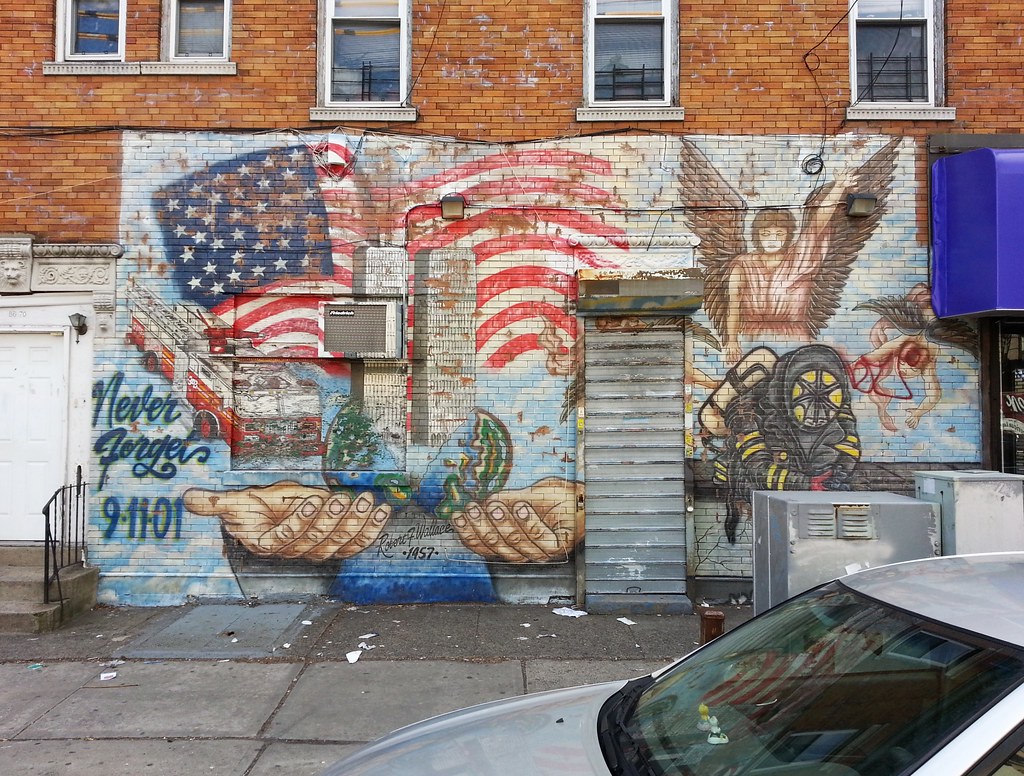 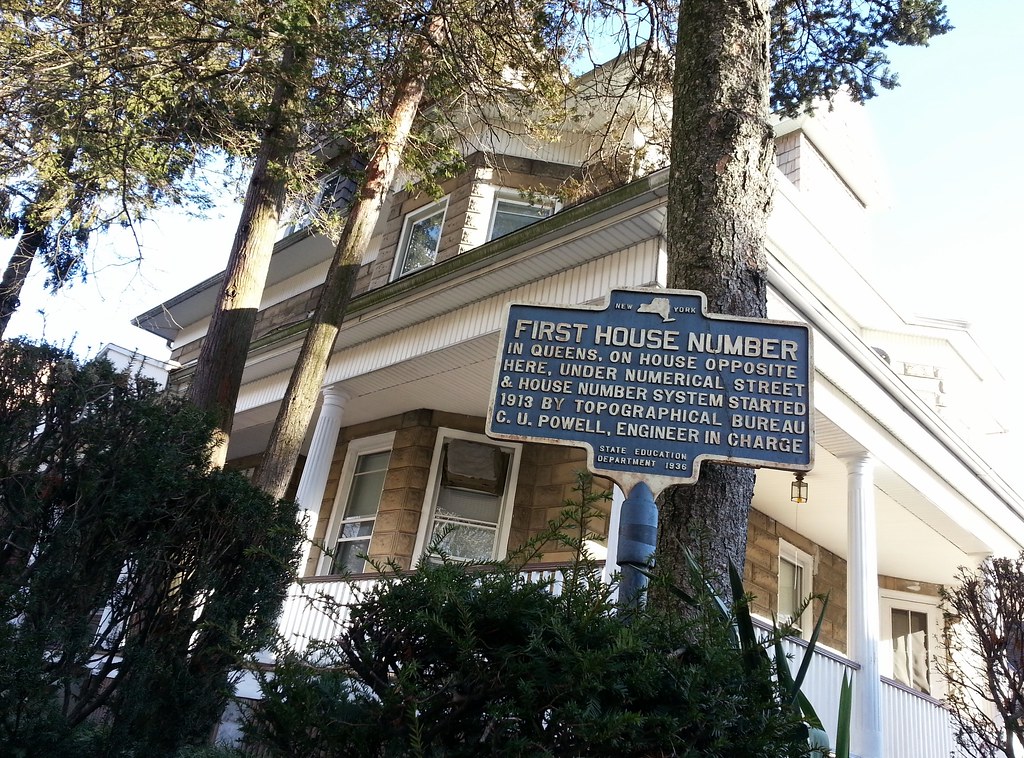 Shockingly, I was the only tourist around snapping photos of this sign at the corner of Park Lane South and 85th Street. I guess everyone else must have been attending that zip code symposium in the Bronx or something.

Queens's "vexing vortex" of street and hyphenated house numbers is the result of an attempt to create order out of the chaos that ensued when the borough was created in 1898, encompassing dozens of formerly independent villages. Each village had its own set of street names and addresses — there were more than 30 different Washington Streets and Avenues, for example — and this made for quite a confusing mess once they were all thrown together into the same municipality.

So, in 1911, the Queens Topographical Bureau devised a street-numbering plan that would be imposed upon the borough as a whole, lending an overarching logic to the existing nomenclatural quagmire. It was a massive undertaking: as Charles U. Powell, the engineer who designed the system, wrote in 1928:

What would happen in an American city of the size of Boston, if the authorities should pass an ordinance changing the names of most of the streets and assigning new numbers to all of the houses? It would, perhaps, precipitate a riot, or even necessitate a special act of the legislature to put the new system into effect; and yet such a change was actually brought about in the borough of Queens, which contains a population larger than that of Boston, and covers nearly as much land as does the city of Philadelphia.

The countless visitors (and residents) who've tried and failed over the years to navigate Queens's often perplexing maze of streets may beg to differ with Powell's conclusion that the numbering system allows "strangers [to] find their way about with a minimum of effort", but perhaps they just need to keep in mind the instructional poem suggested by Flushing denizen Ellis Parker Butler:

In Queens, to find locations best
Avenues, roads and drives run west;
But ways to north or south ‘tis plain
Are street or place or even lane;
While even numbers you will meet
Upon the west and south of street.

Near the Forest Park golf course 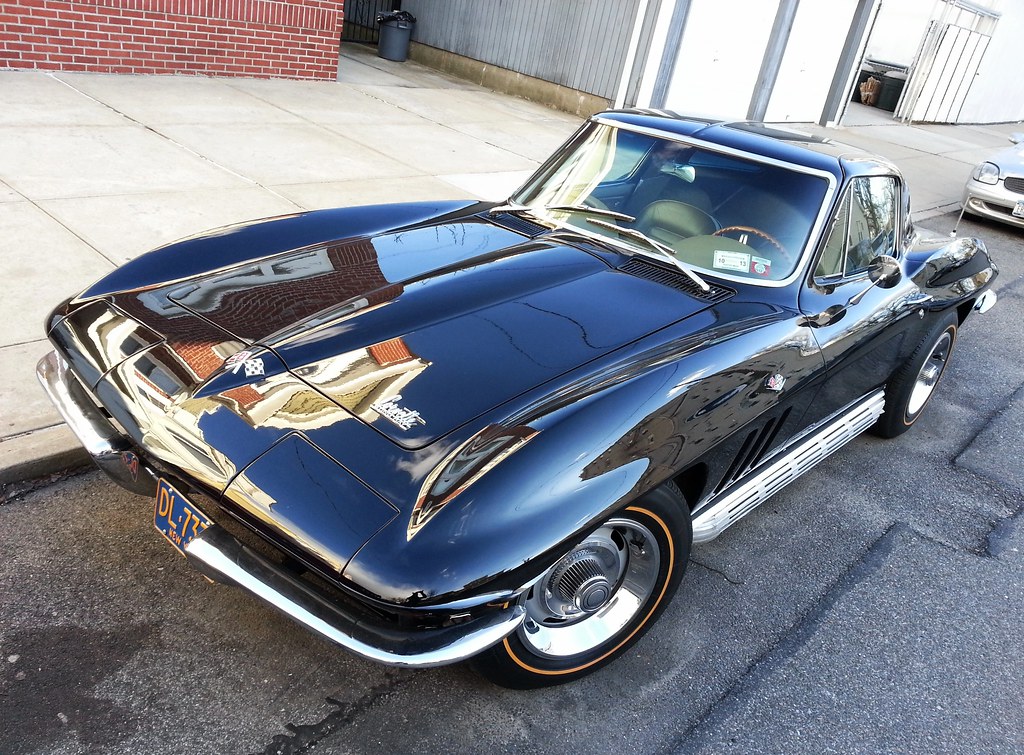