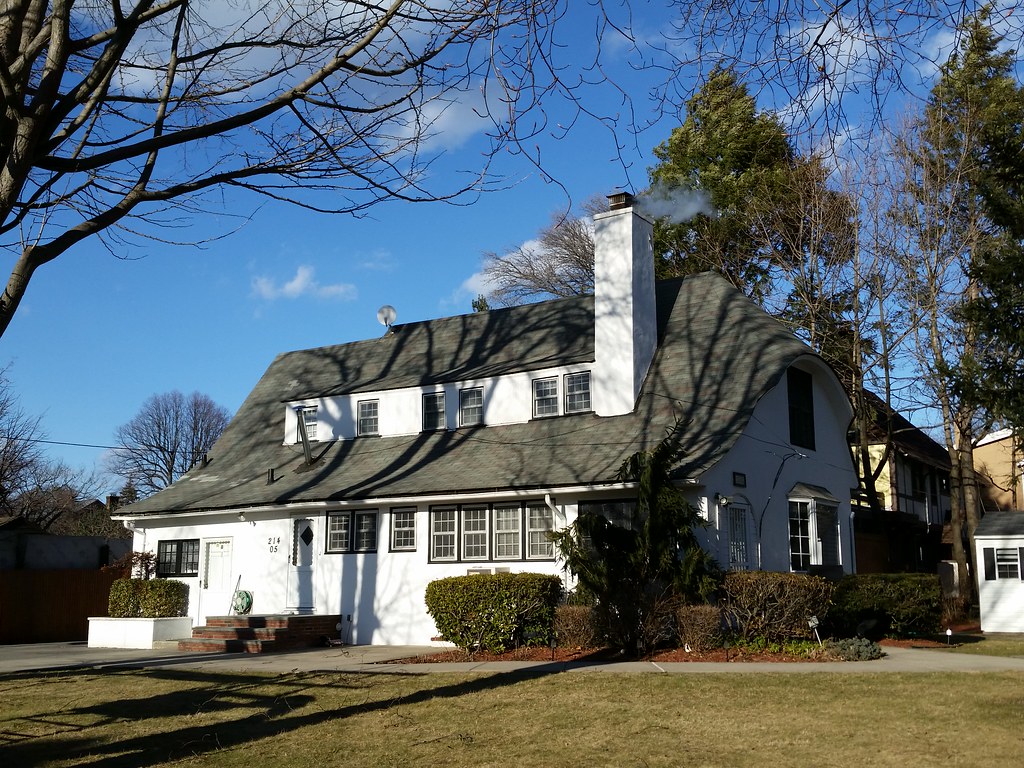 This house, with an unusual curved eave on one side of the roof, was, like the house from a few photos ago, formerly home to an inventor. In this case, the man's name was Edward S. Roberts, and he seems to have been a chemical engineer or something similar. There are at least three patents that were awarded to him at this address, as well as 17 more that I found granted to a New Yorker of the same name — likely the same man, as far as I can tell — but with a different (older) address or no address listed. You can see all 20 patents here.