First big snow of the year 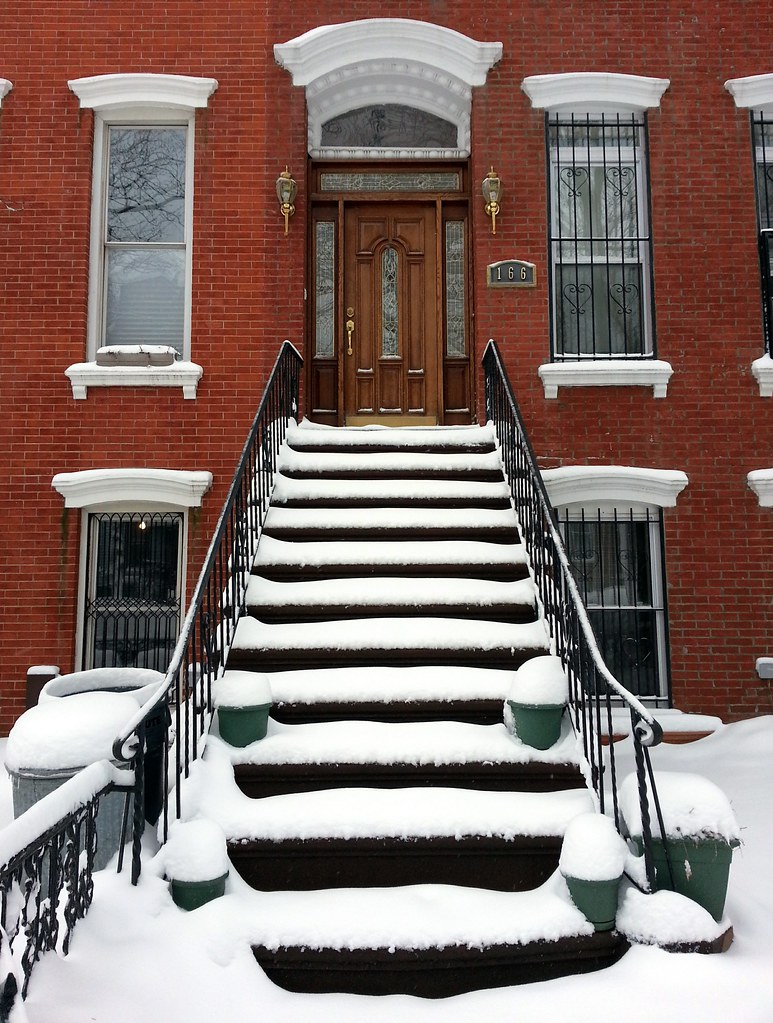 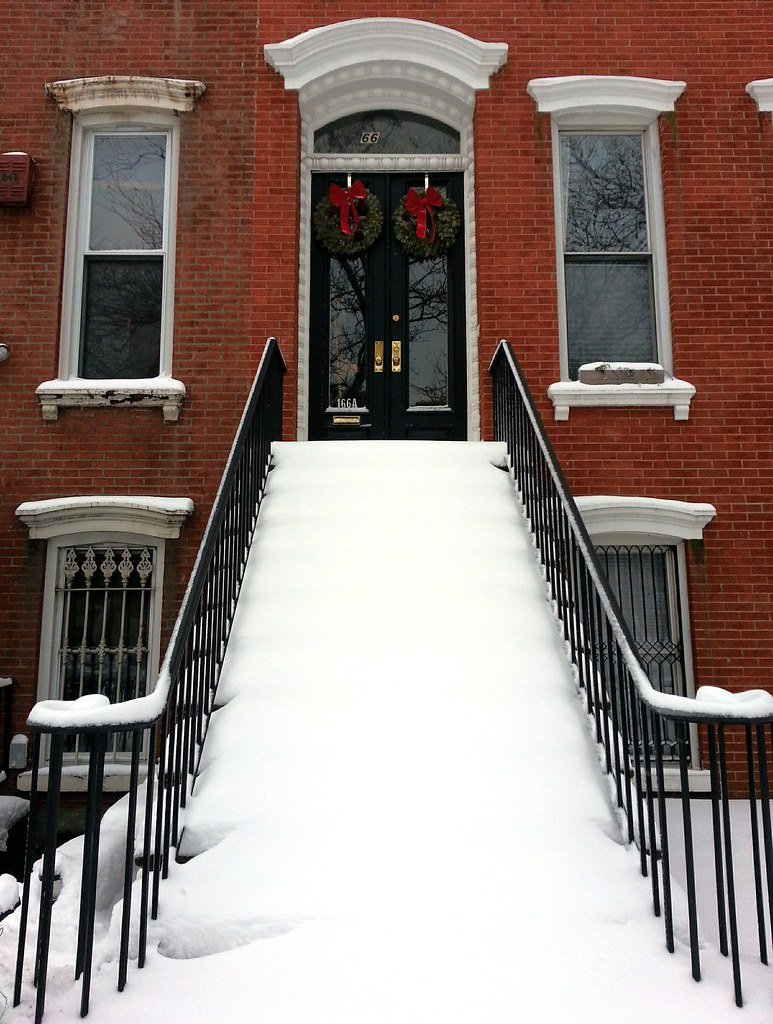 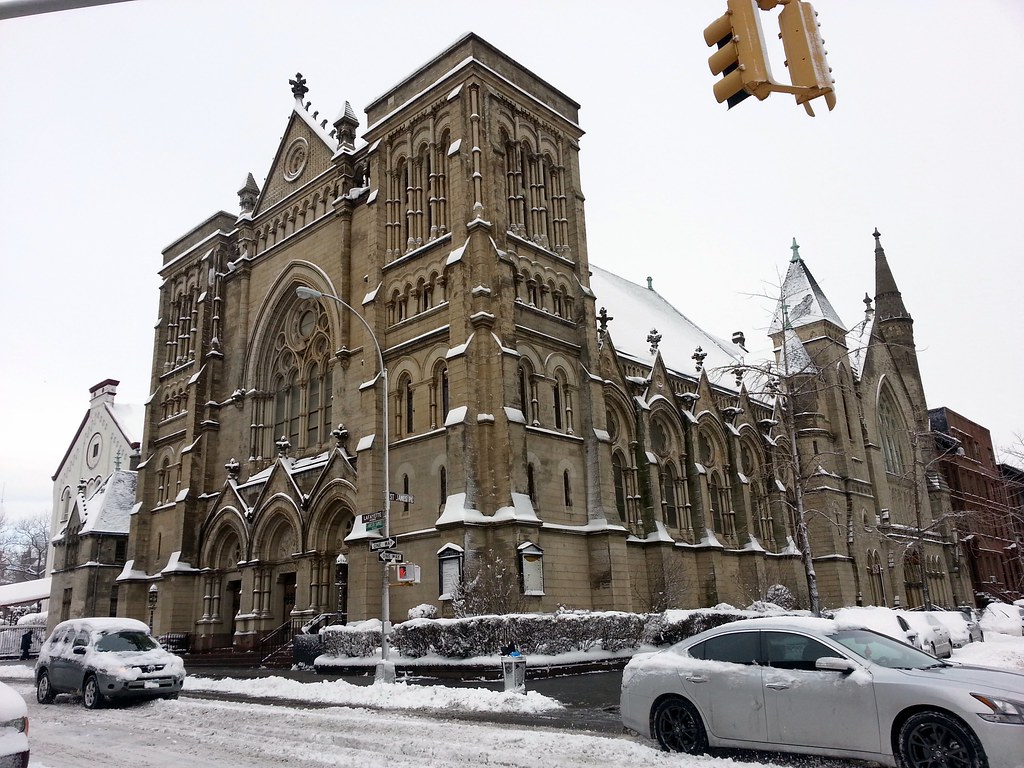 Funded by petroleum pioneer Charles Pratt and built in 1886-87, the Emmanuel Baptist Church is best known for its spectacular interior "meant to raise your spirits and remind people of the glory of God and that human hands could go beyond their daily toil." 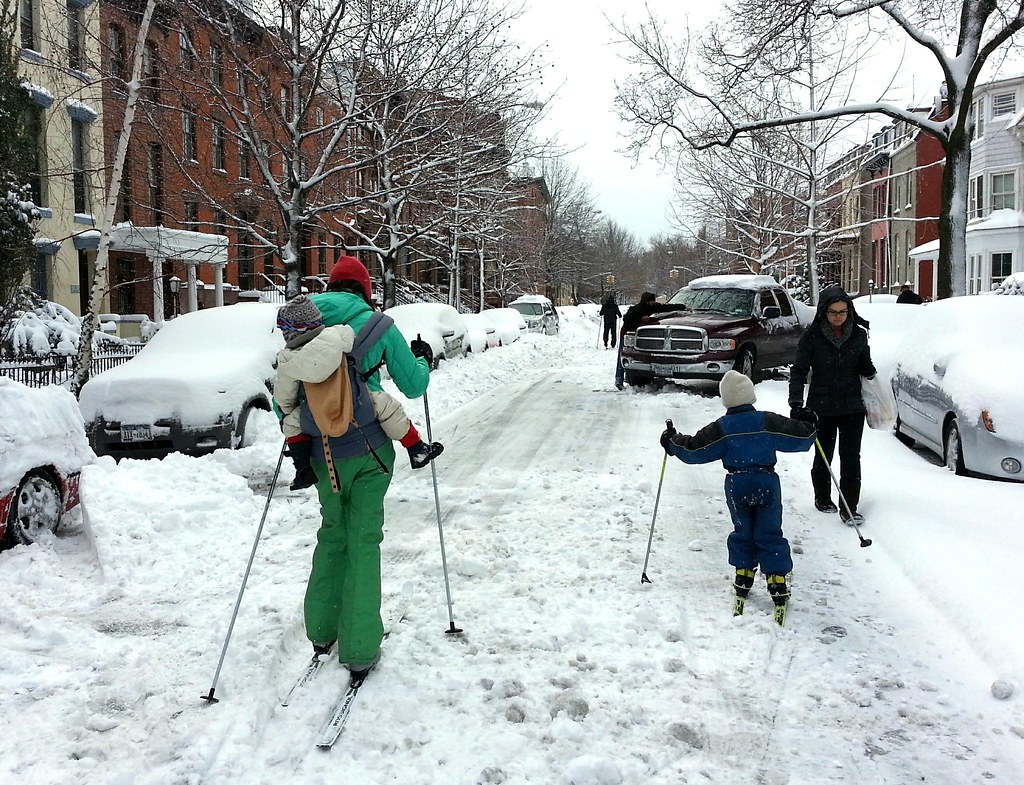 Urban transport at its finest 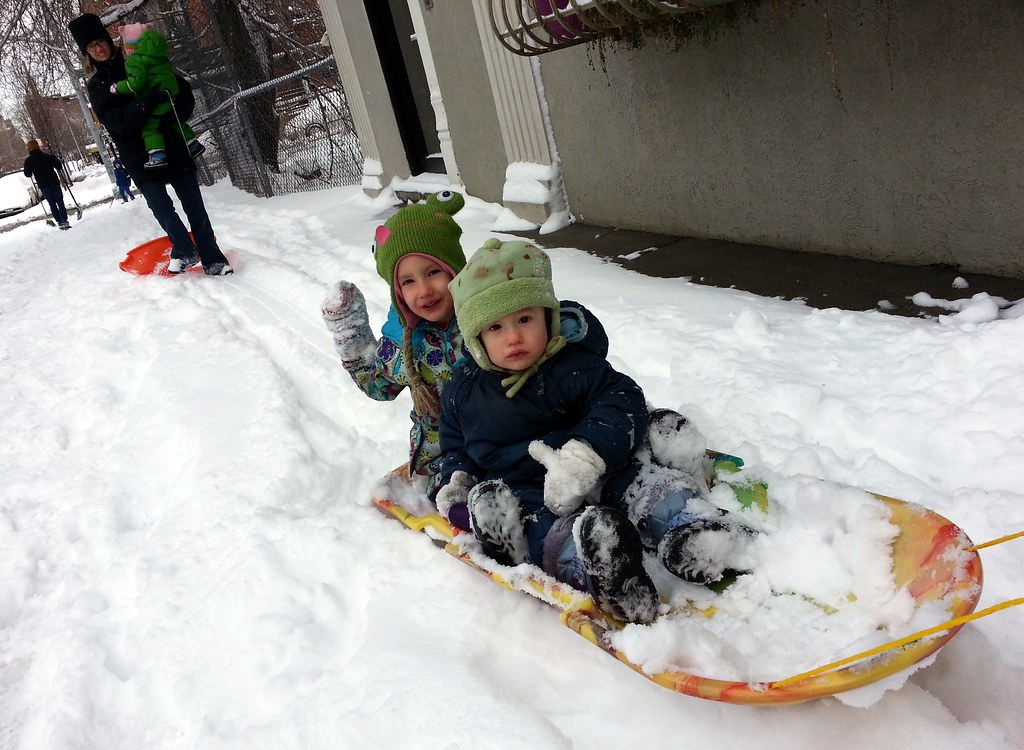 I’ll let you decipher this one 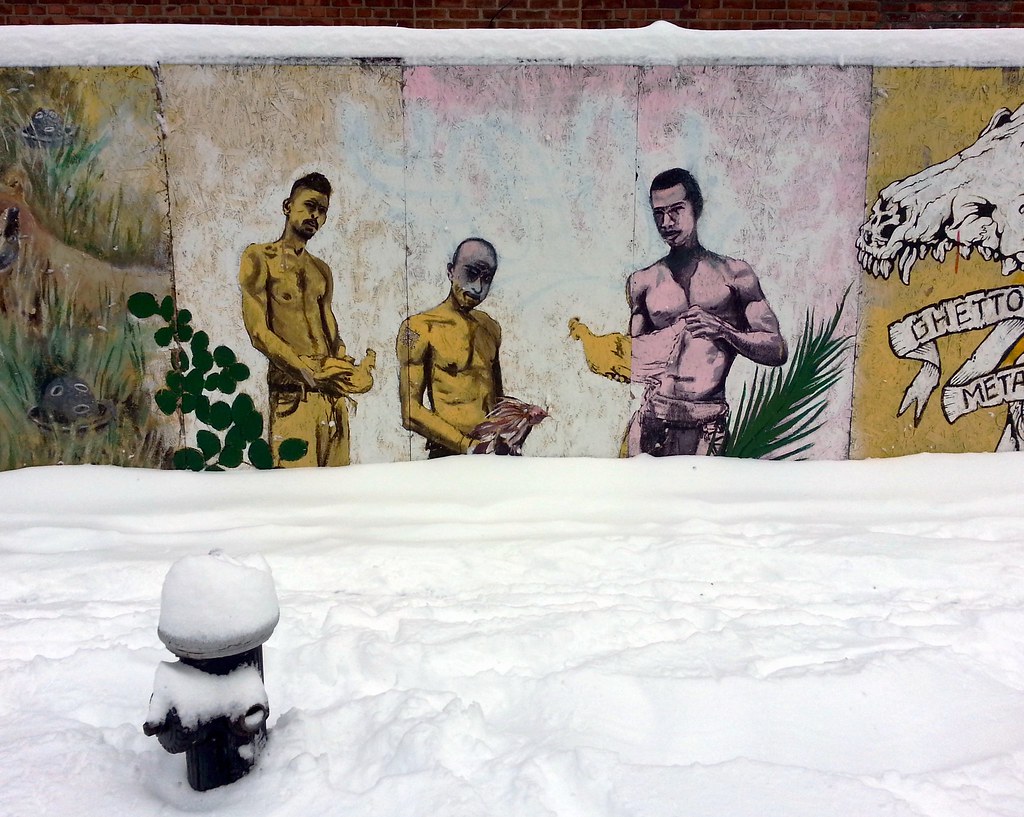 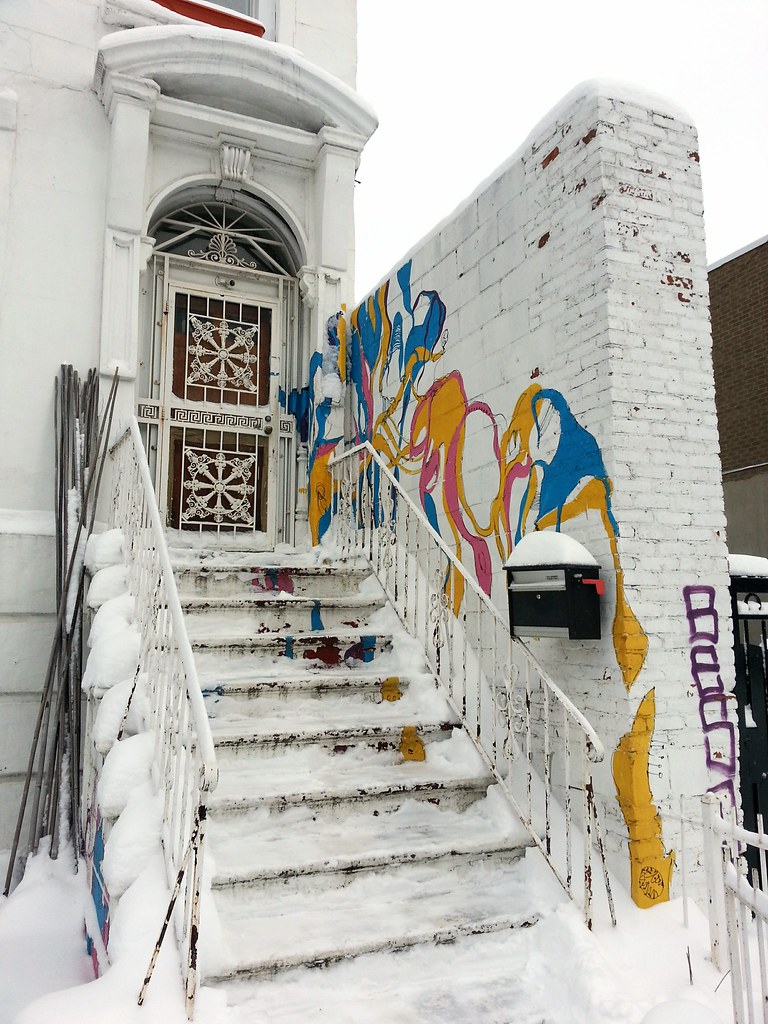 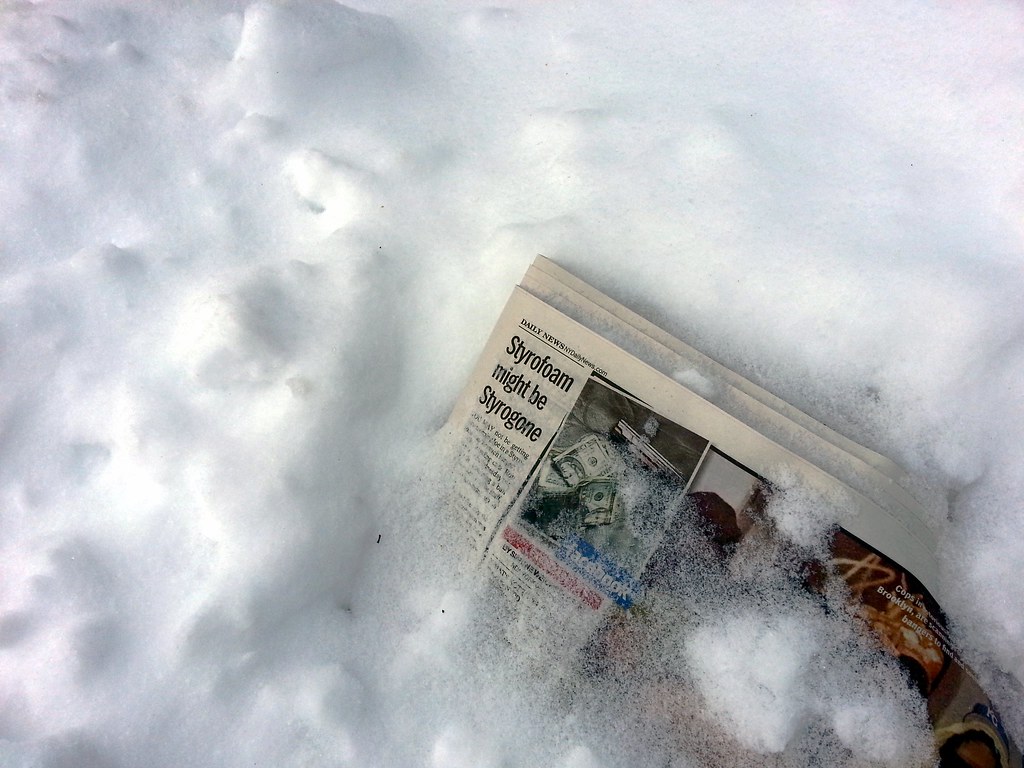 And I thought the front-page headlines were bad. 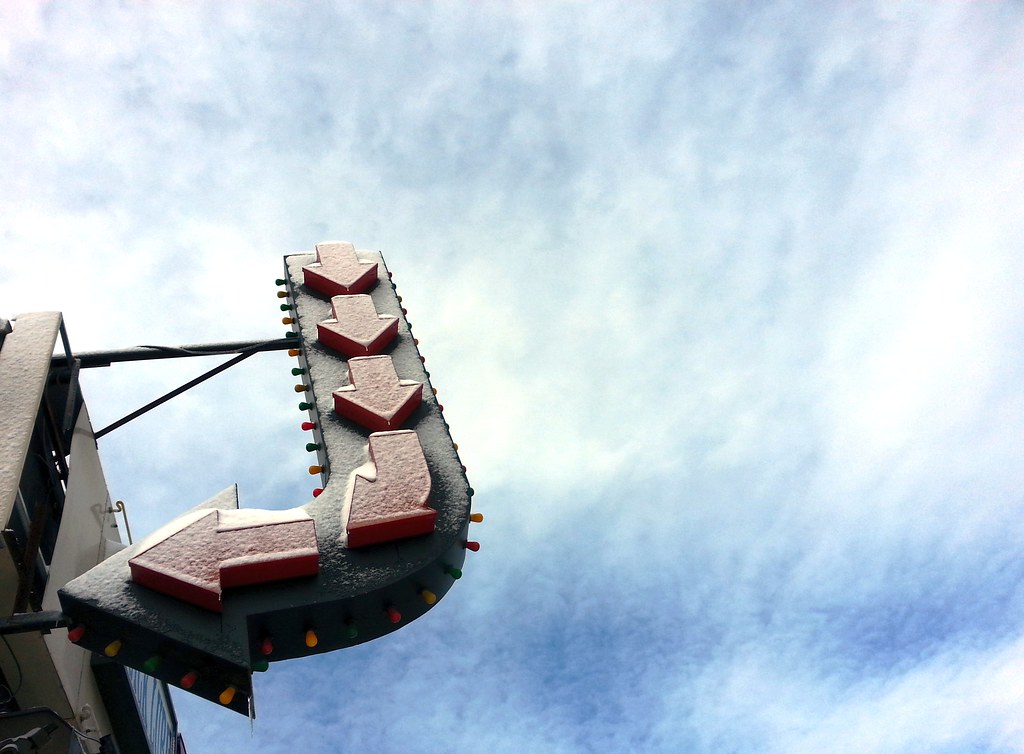 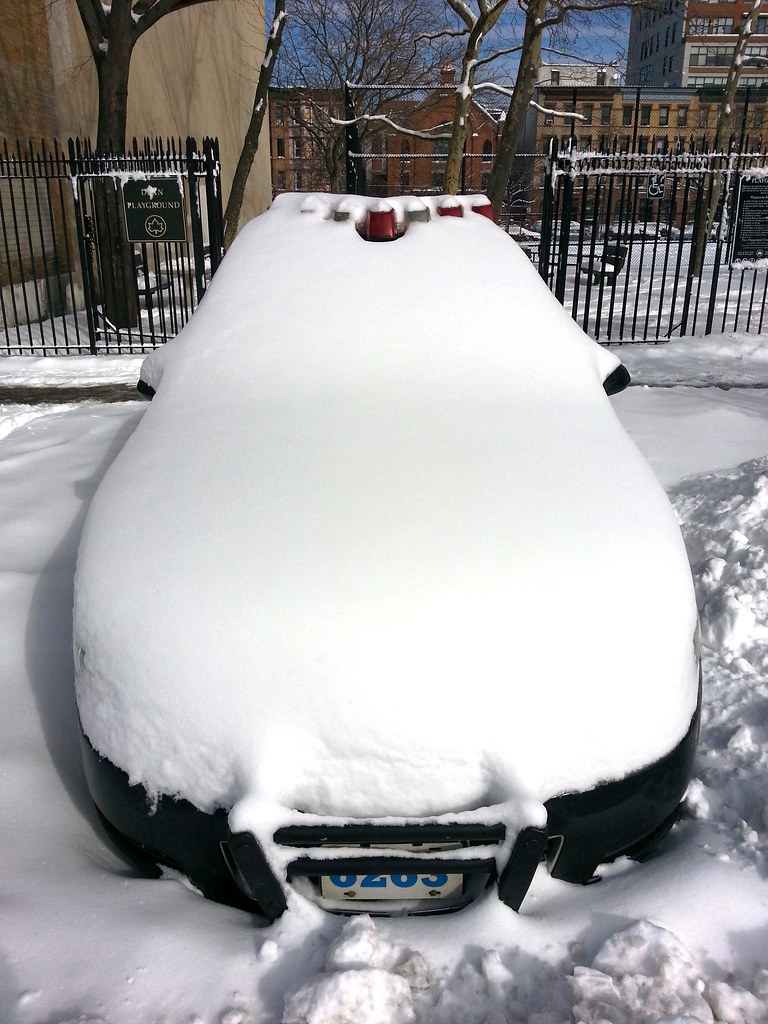 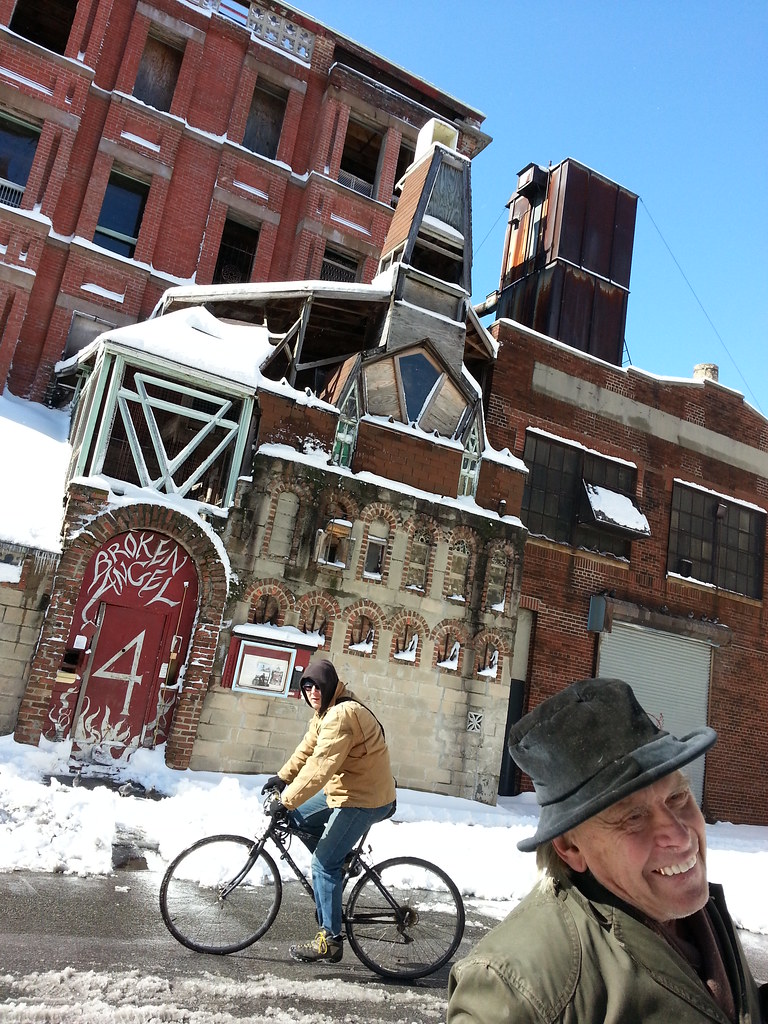 Arthur, in the foreground, is the man behind Broken Angel; he just happened to be coming out of the house as I passed by with a group of friends on a snowy birthday walk. He was very warm and friendly; in this photo, he's dispensing some valuable words of wisdom to the birthday girl. This beautiful structure, intricately clad in terra cotta, was originally a Catholic church by the name of St. Ambrose. 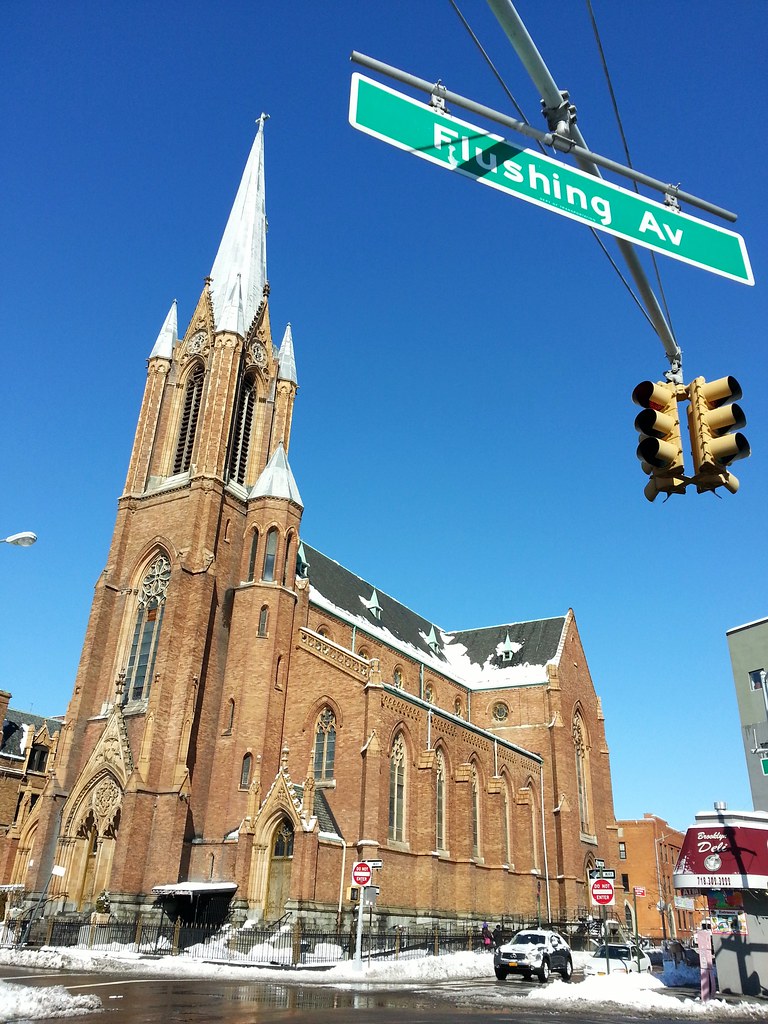 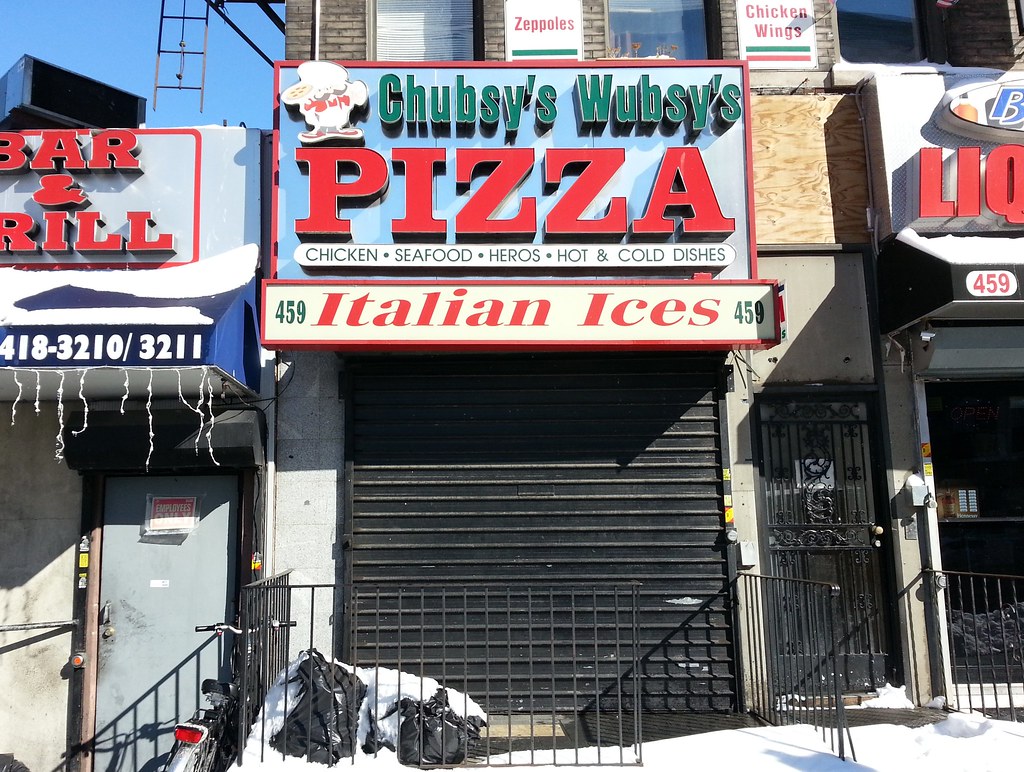 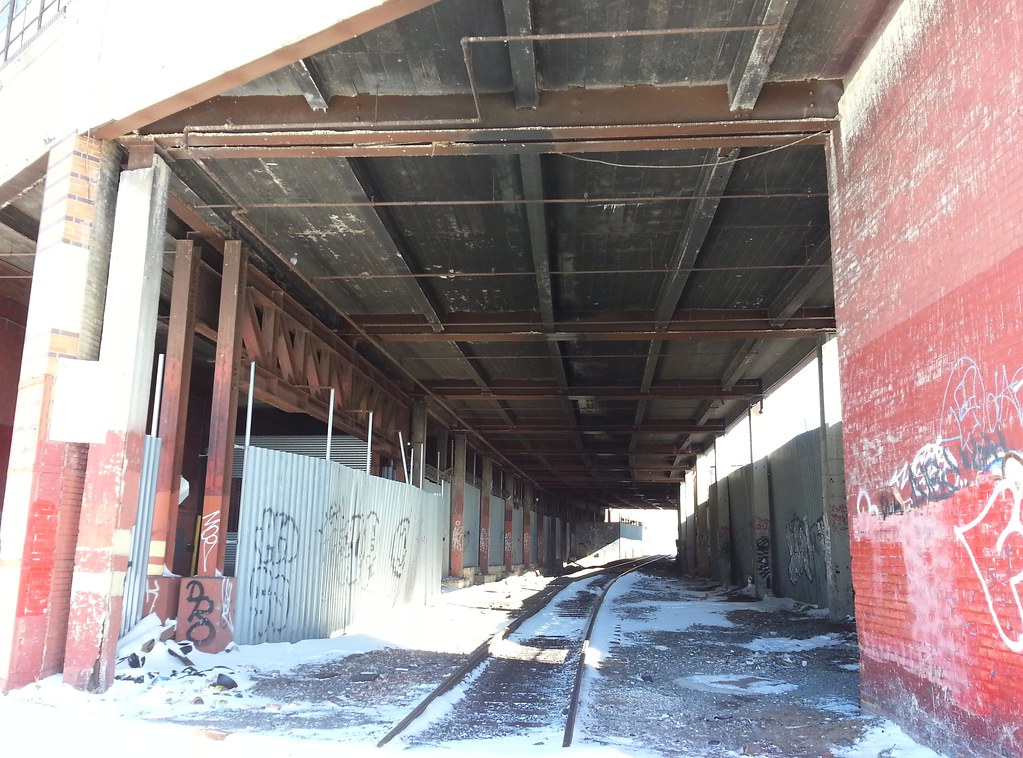 The Bushwick Branch finds a roof over its head as it passes beneath the Maspeth Industrial Center near its junction with the Lower Montauk. 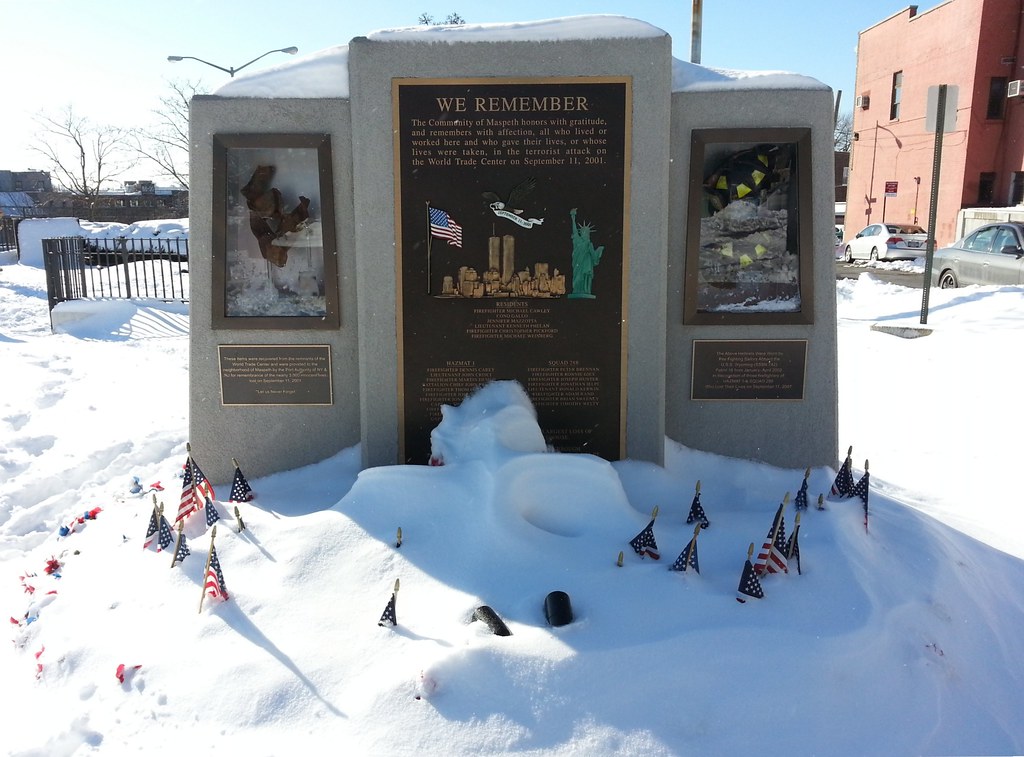 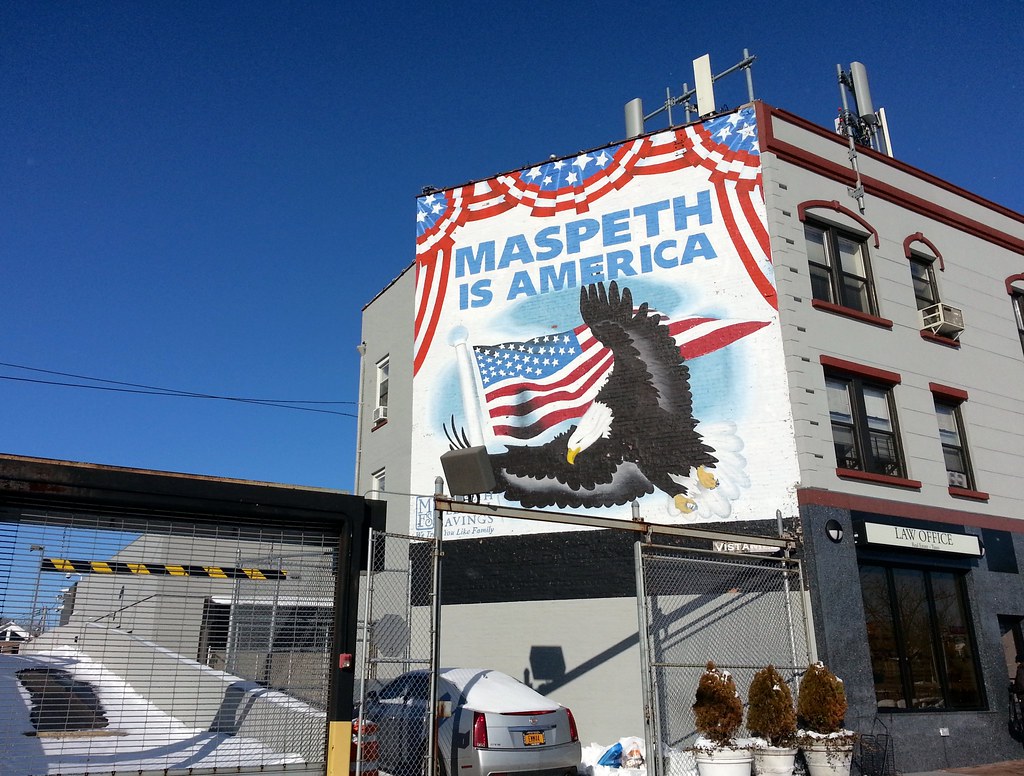 Located just across the street from this guy

Look at that adorable little steeple 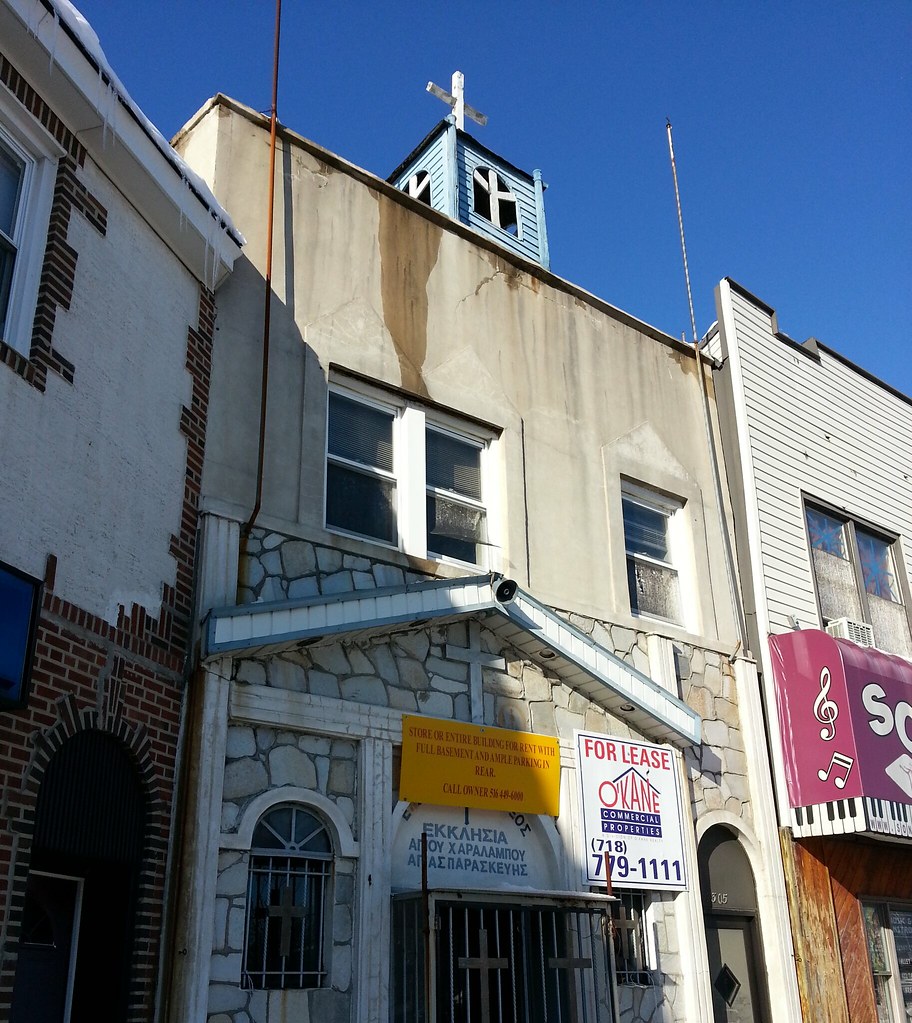 Two lines in the snow 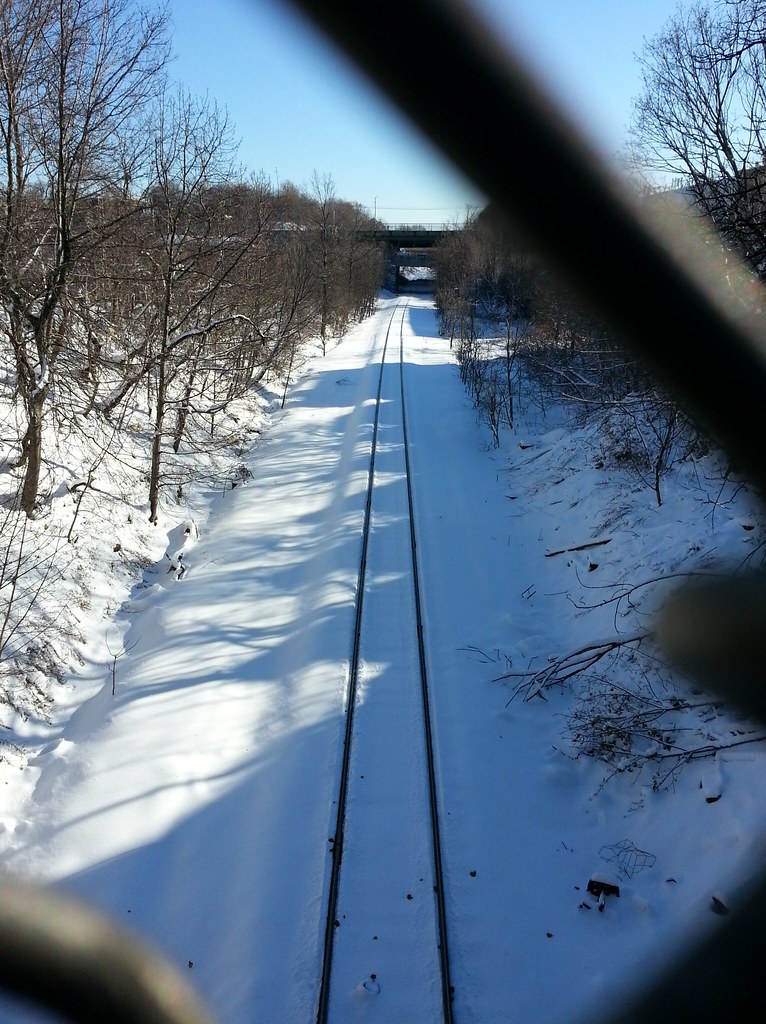 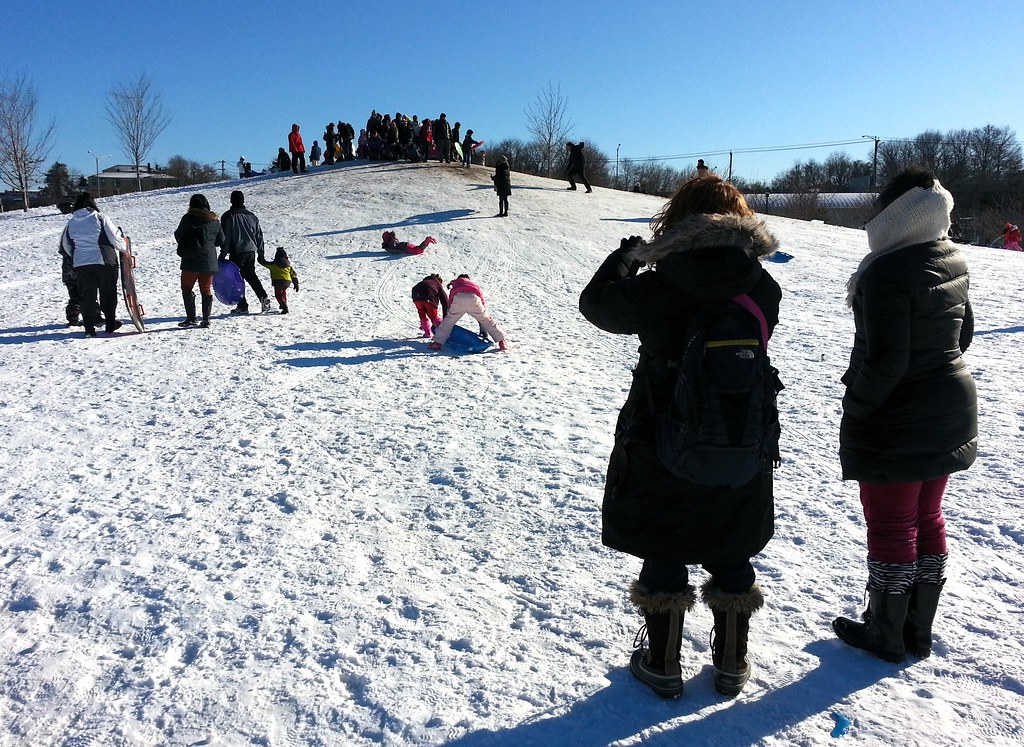 on the site of the old Elmhurst gas tanks 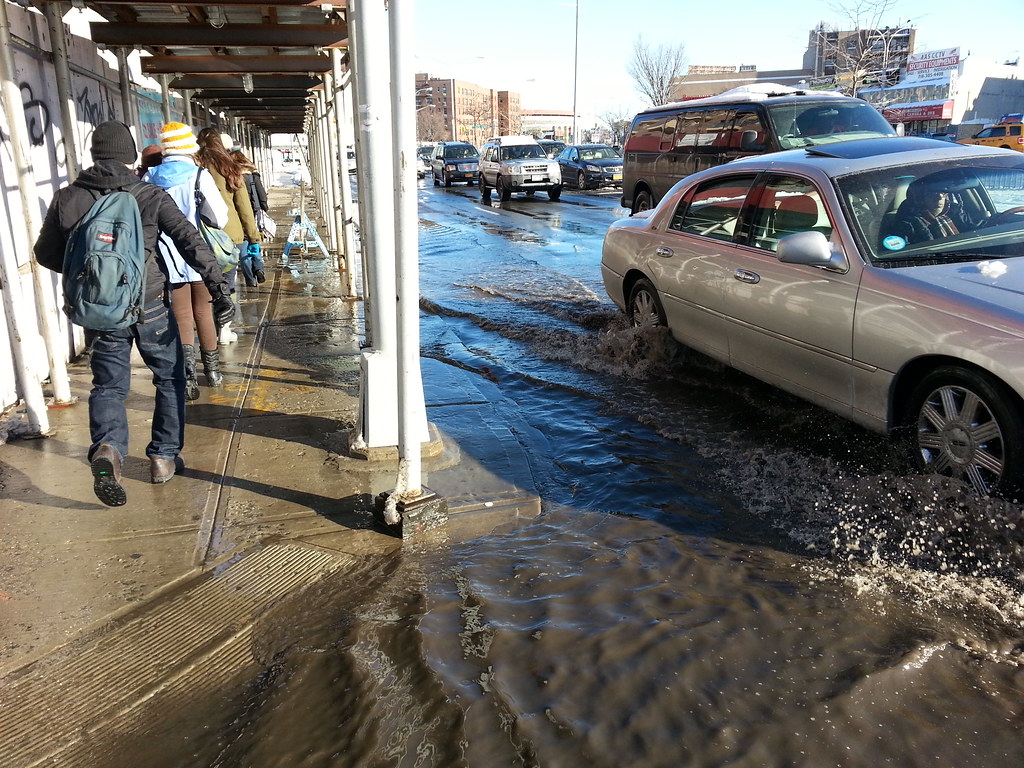 Mine is the Golden Arcs This Wendy's (at 85-07 Queens Boulevard) was the real-life location of the McDowell's restaurant in Coming to America:

Me and the McDonald's people, we... we've got this little... misunderstanding. See, they're MacDonald's. I'm McDowell's. They got the Golden Arches; mine is the Golden Arcs. Now see, they got the Big Mac; I got the Big Mc. We both got two all-beef patties, special sauce, lettuce, cheese, pickles, and onions, but— they use a sesame-seed bun. My buns have no seeds.

(Listen above. Is it just me, or does John Amos sound an awful lot like Barack Obama by the time he gets to the "no seeds" line?) 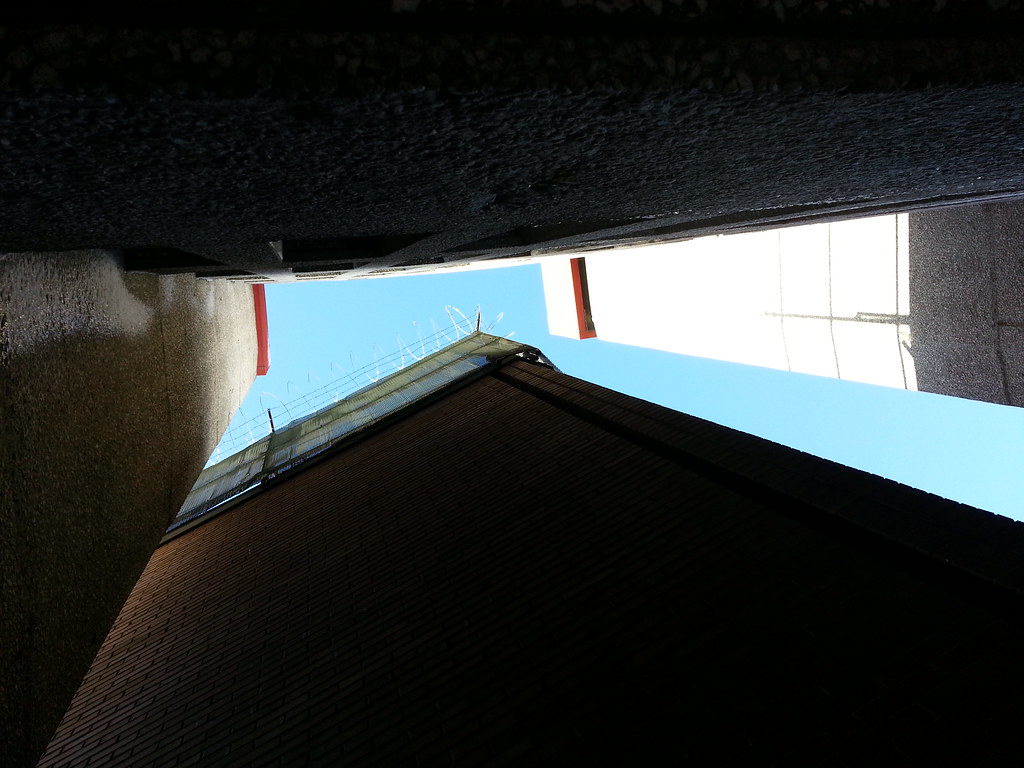 The time has come to retell one of the best stories I've learned so far on this walk. Let's start with an aerial photo of the Queens Place mall. A nice big circle, right? Not quite.

The mall was originally an enormous Macy's department store that opened in 1965. Two years earlier, Macy's began buying up all the land on the irregularly shaped five-acre block where the mall now sits. Everyone sold out except for one little old lady, a widow by the name of Mary Sendek (or Sondek, depending on your source), who lived at the corner of Queens Boulevard and 55th Avenue. The proposed layout of the arena-like store called for only a slight intrusion into her backyard, but rather than shrink the circle by a few feet, Macy's decided to start building the original design, assuming she was just holding out for more money and could be bought off before the construction reached her property.

Macy's offered as much as $200,000, but Ms. Sendek refused to budge. She apparently had a dog she was very fond of, and didn't want to deprive him of the spacious backyard he so enjoyed. Or maybe, as one of her neighbors said: "She was young when she came and started life here, and she figured she wanted to leave life here. Their money didn't mean anything." Whatever her reasons, Macy's was forced to cut a little notch out of their otherwise perfect circle (take a closer look at that aerial photo) to skirt the edge of her backyard. Here's a great photo of her house standing alone against the immense, indented facade of the store.

Ms. Sendek died some years later; her house was knocked down and a strip mall built in its place. (As you can see here and in the photo above, it takes up the full extent of the lot, all the way into the notch in the wall.) Macy's hung around a while longer, but eventually departed for the greener pastures of the nearby Queens Center mall. The giant, flawed cylinder they erected endures, however, as a monumental geometric record of one woman's immovable personality. 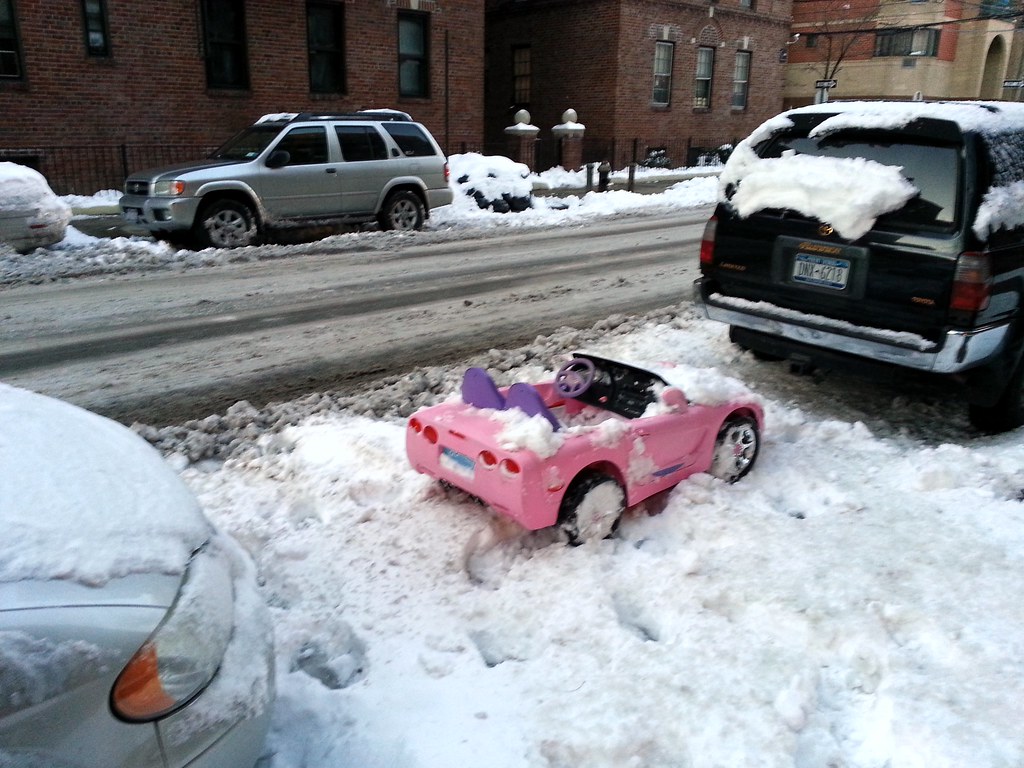 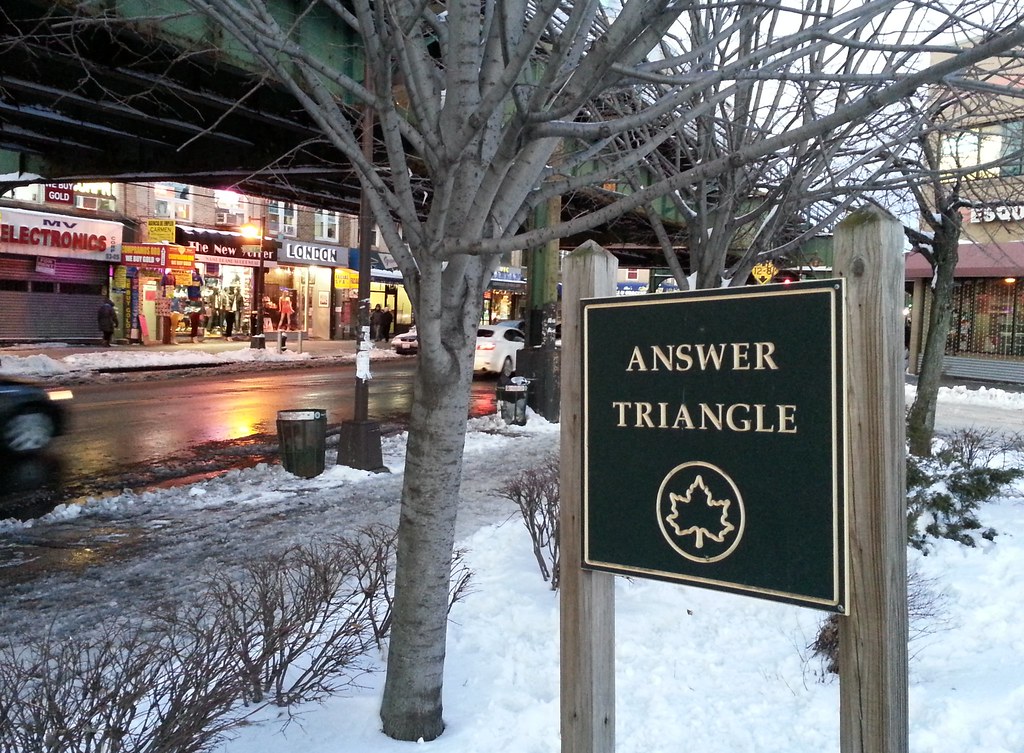 A classic Henry Stern park name. According to the Parks Department's website:

Answer Triangle draws its name from a play on words with the street on which it is located. The park is on Aske Street, and the response if one were to “ask(e)” a question is an “answer.”