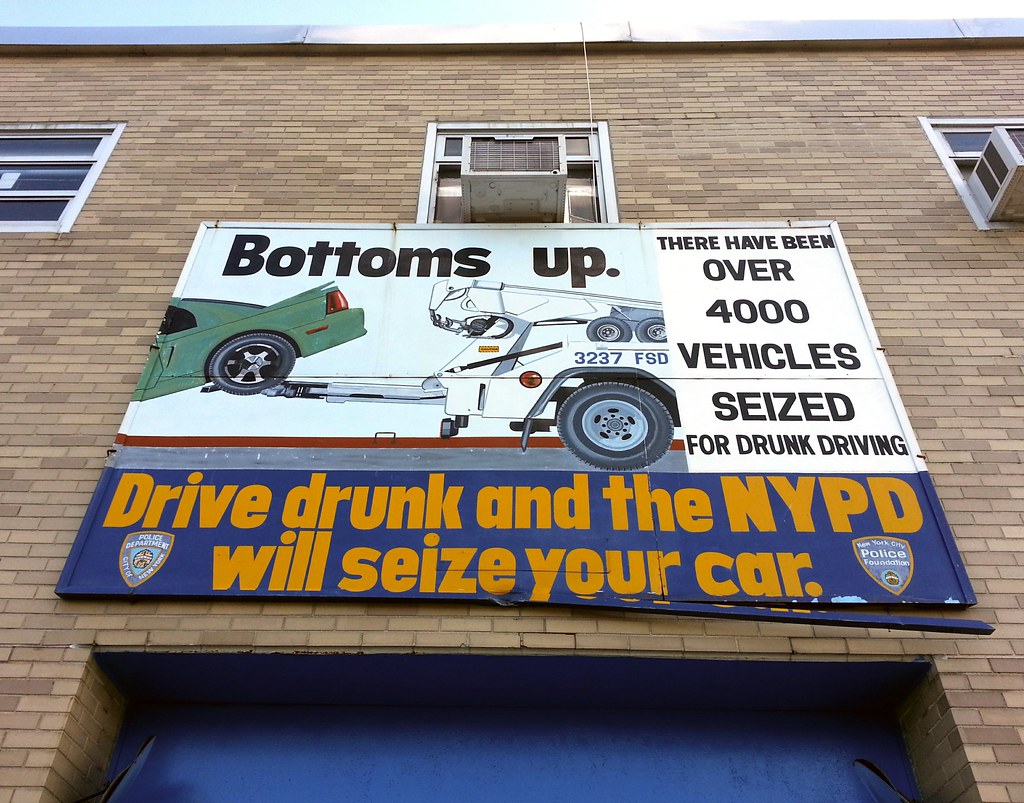 This sign, dating back to a public awareness campaign from the waning days of the Giuliani administration, offers a reminder of the controversial policy the mayor instituted in 1999, allowing police to seize the car of anyone arrested for DWI. In those days, the NYPD would often retain an impounded vehicle without due process for months or years (if not permanently) before legal proceedings were held to determine the validity of the seizure. This practice was eventually ruled unconstitutional, and a process was put in place to remedy the situation, offering owners a prompt opportunity (known as a Krimstock hearing) to argue for the return of their vehicle. The police are required to inform drivers of confiscated cars about their right to a Krimstock hearing, but apparently that doesn't always happen.