Water you talking about? 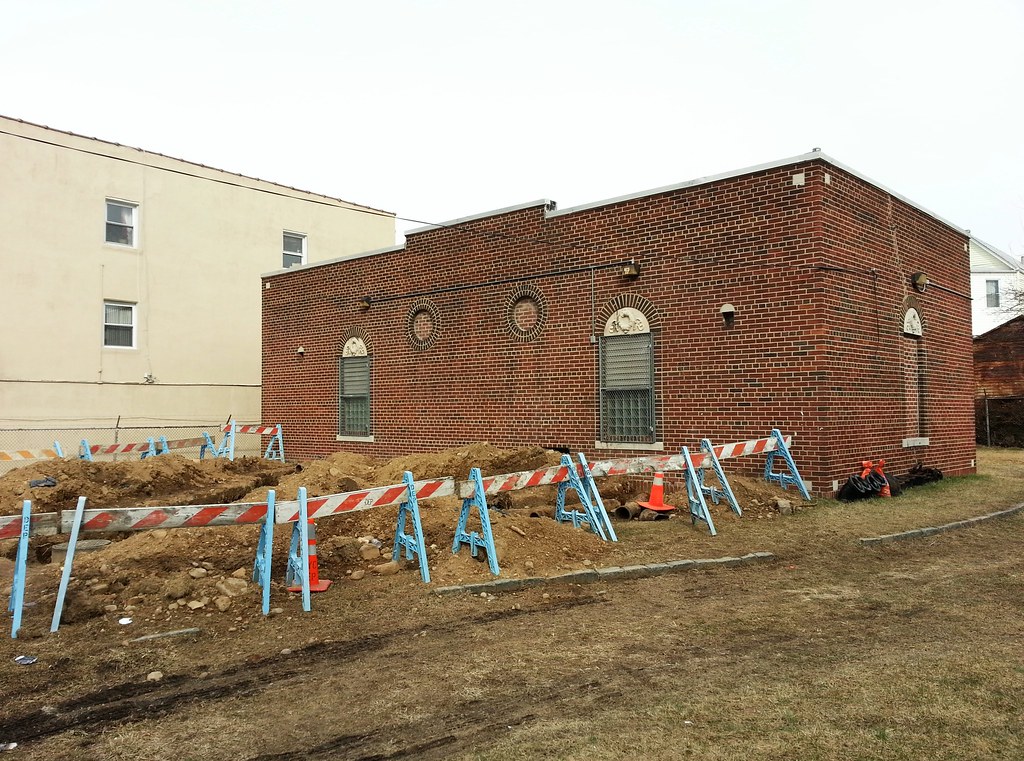 This nearly windowless, generously lawned mini-fortress looks quite out of place amid the densely packed residences that surround it. I was wondering if it was some kind of telecom building, but a woman on the block said it was a water pumping station. At first, I figured she didn't know what she was talking about: the gravity-fed aqueducts that bring upstate water to NYC do require pumping to reach the city's highest elevations, but this neighborhood (South Ozone Park) is an entirely low-lying area.

I did, however, notice an old Department of Water Supply manhole cover on the property. I thought maybe the building was a gatehouse for accessing the aqueduct distribution system, but then I remembered that this part of Queens actually pumped up groundwater for drinking until fairly recently. Could this building be a pumping station after all? And do the new pipes going into the front yard mean it's being reactivated? To the internet!

It seems that the city does indeed intend to put some of the old Queens wells back into service by 2018, to help compensate for the anticipated 8- to 12-month closure of the Delaware Aqueduct, which currently provides about half of NYC's drinking water and which will be shut down so it can be connected to a new bypass tunnel that will divert the water around a leaky section of the aqueduct that's been hemorrhaging millions of gallons every day for decades. (A few years ago, in preparation for this massive shutdown, the city employed the services of six deep-sea divers, who lived in a helium-filled tank for more than a month while taking 12-hour shifts working inside the aqueduct.)

Residents of southeastern Queens have been pressuring the city and state to reactivate the wells sooner, to draw down the water table and reduce the flooding that has plagued the area in recent years. One pumping station was in fact put back on line last year, but was shut down again in December, much to the chagrin of waterlogged Queensites.

So, in conclusion: Who knows? But at least we got to read about squeaky-voiced aqueduct divers.

UPDATE: I've now seen enough of the old southeastern Queens pumping stations to know that this is indeed one. The architecture and the designs above the windows give it away.