A coyote in Van Cortlandt Park 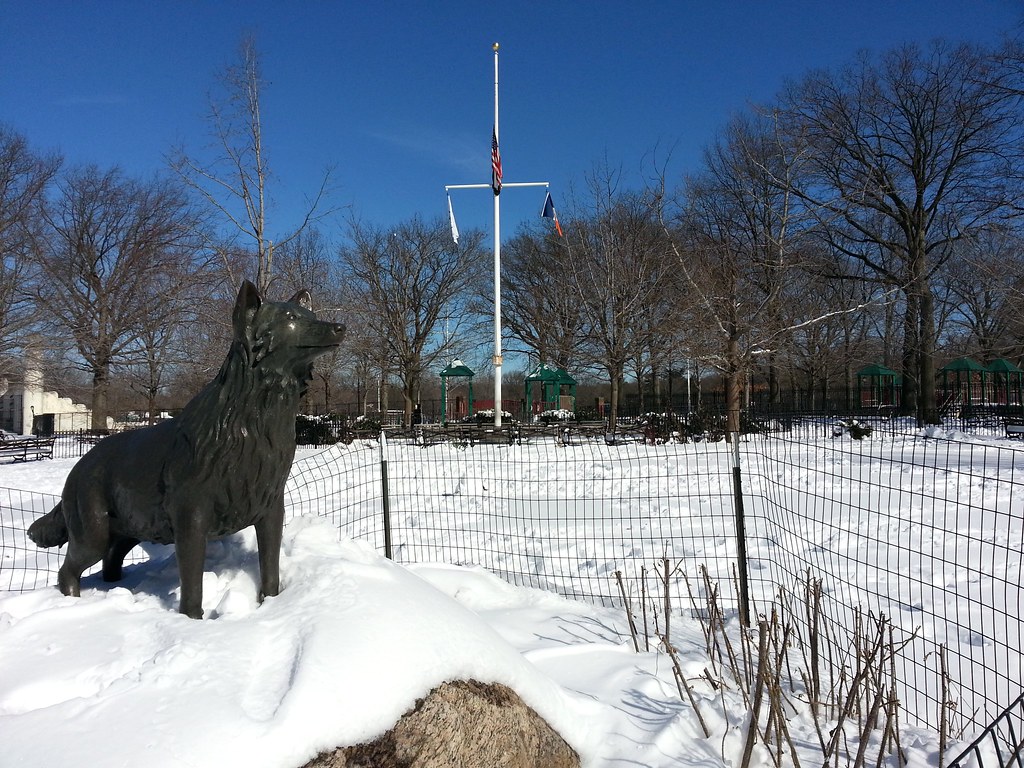 According to its plaque, this statue memorializes the first coyote confirmed to have been seen in New York City since 1946, a female found dead in 1995 on the Major Deegan Expressway, which passes through the park (although it turns out that, unbeknownst to the Parks Department at the time, another coyote had been spotted in nearby Woodlawn Cemetery in 1994). There is now an established population of the canids in the Bronx — it's said that they particularly enjoy hanging around the golf course here at Van Cortlandt Park — and every once in a while, one will even make an appearance in Manhattan. A local scientist has enlisted students from the High School for Environmental Studies to help him set up camera traps around the city's parks to track the animals' growing presence — here's one of their shots.