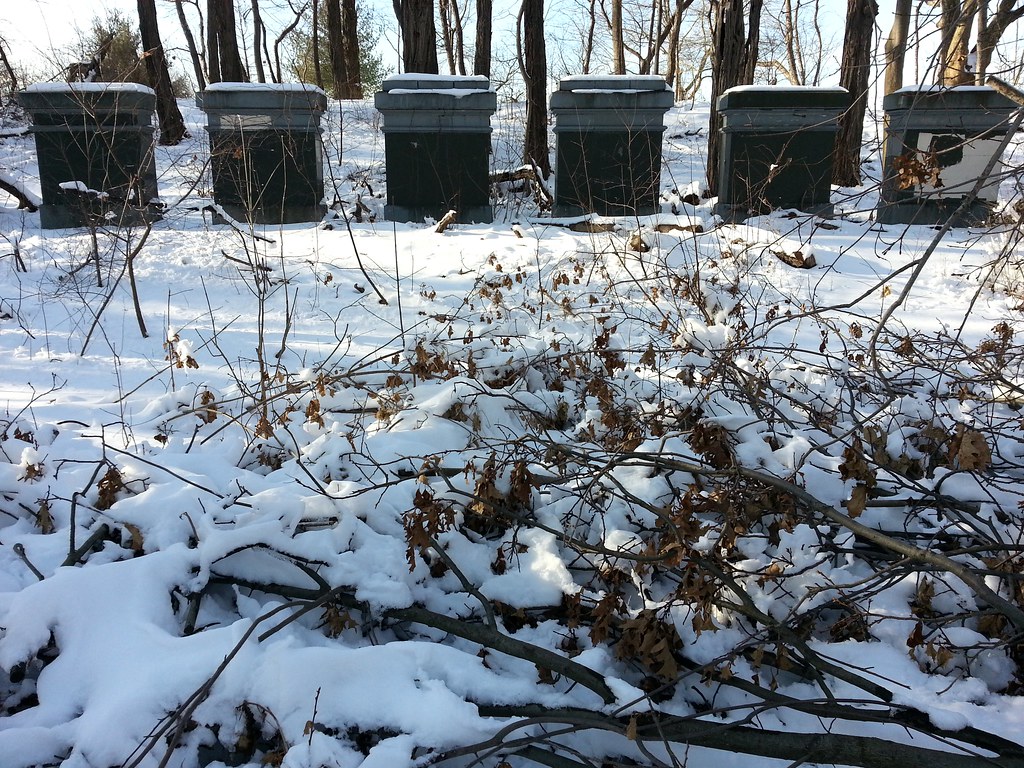 In the early years of the 20th century, when the boys at the New York Central Railroad were planning to build Grand Central Terminal (declared by the NY Times to be "the greatest station, of any type, in the world" when it opened just over 100 years ago), they wanted to test out several different kinds of stone they were considering using for the building's facade. So they lined up 13 pillars* from various quarries here in Van Cortlandt Park beside the rails of the Old Put (which is now a walking trail) and waited to see which one fared best as it weathered. They ended up going with Indiana limestone, although that was apparently just because it was the cheapest to transport.

* Ignore the parts about Cornelius Vanderbilt in the link above; he was long dead by 1900.