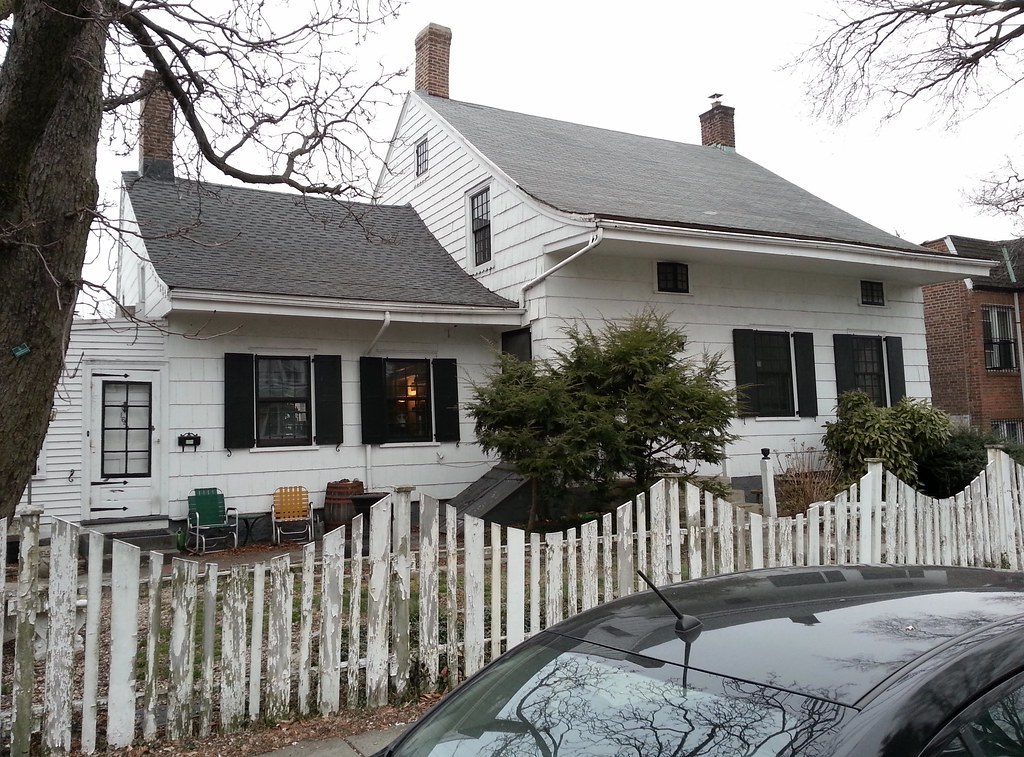 It's quite a surprise to find this venerable old dwelling quietly tucked away in the middle of an otherwise solidly mid-20th-century block.

According to the house's National Register of Historic Places nomination form:

The original house (the smaller wing) is believed to have been built about 1747 by Wilhelmus Stoothoff. . . .

In 1811 Baxter decided to move the house south of Mill Lane and, in traditional Dutch manner, he oriented it facing south. On March 29, 1811, he wrote: "Today I had ten wagons to cart the Frame for my new house." In May he raised the new portion of the house, attaching it to the smaller old portion with the assistance of about sixty of his neighbors. . . .

The present kitchen wing was added in 1880, replacing an earlier oven shed. In about 1900 the house was shifted to its present position, and the surrounding family farmland was sold at auction.