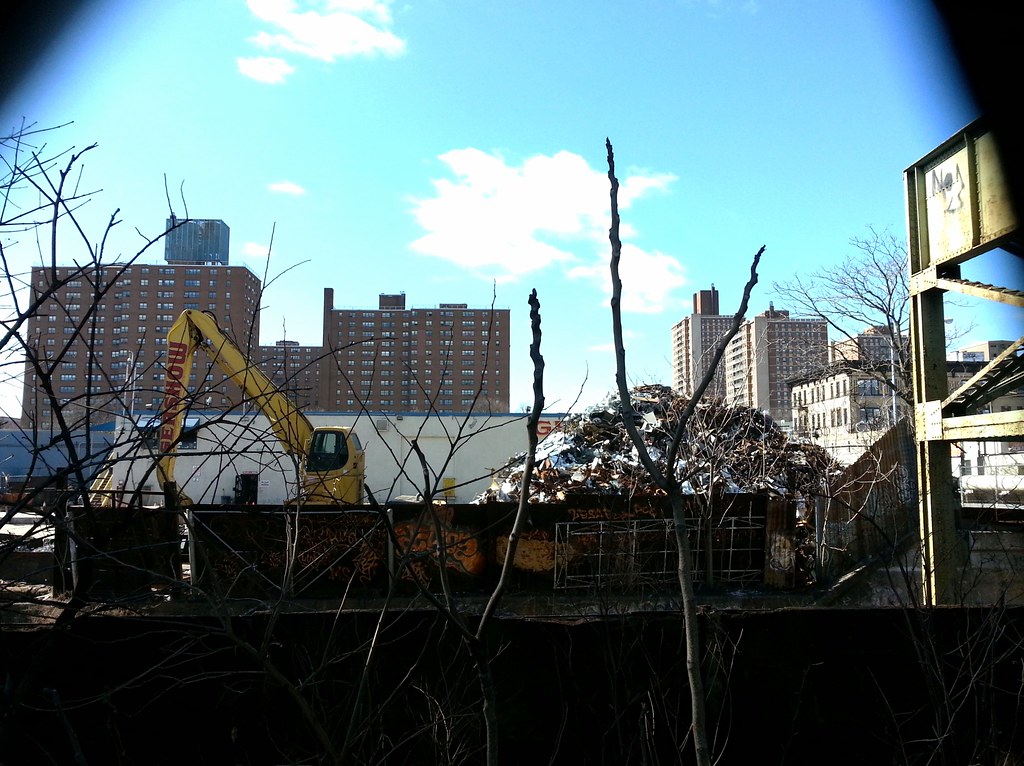 "It scarcely seems believable that eight seasons of major league baseball were played at this spot, and that kids would part with a hard earned dime to be allowed onto neighboring rooftops to watch the action."
— David Dyte, Brooklyn baseball historian

This scrap yard and some of its neighbors occupy the former site of Eastern Park, which, as we've learned, was the home of Brooklyn's National League baseball team for several mediocre seasons in the 1890s. It was supposedly during these years in Brownsville that the club acquired a nickname that has survived to this day, albeit in shortened form: the abundance of surface rail lines that a pedestrian would have to negotiate in the vicinity of the park (or in Brooklyn as a whole, depending on your source) prompted people to start referring to the team as the Trolley Dodgers.