Not with dignity and icicles 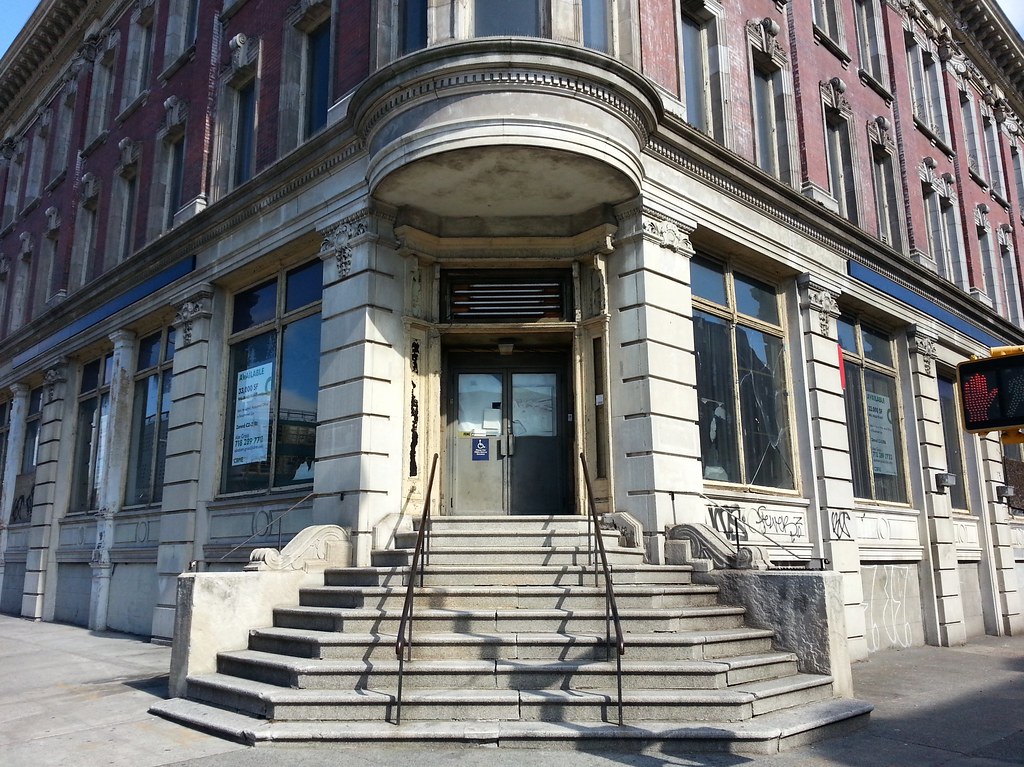 This building was once the Brownsville Branch of the State Bank, whose history at this location dates back at least as far as 1909, when the branch was listed in a newspaper ad for the bank that stated:

This Bank is a live business organization without any ornamental features but with practical and earnest workers everywhere in command. The small borrower is met, not with dignity and icicles, but with human sympathy on his own level, and this is emphatically a bank for all the people.

In 1915, a 19-year-old former "moving picture actor" who was employed as a messenger here at the Brownsville Branch concocted an ultimately unsuccessful scheme to steal several hundred dollars he collected on his rounds one day. An NY Times report summed up the action with this headline and series of sub-headlines: