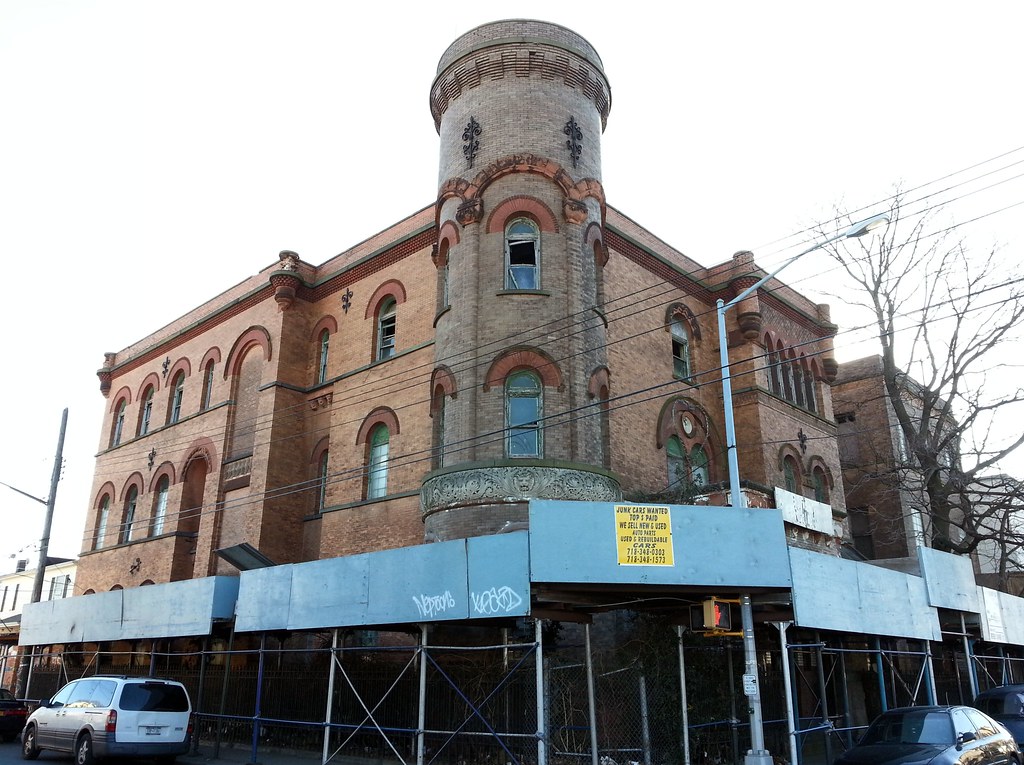 This turreted former police house opened in 1892 as the home of the 17th Precinct (which later became the 153rd and then the 75th); as you can see, the station looked even more like a castle in its crenelated younger years. (The first person locked up here, by the way, was apparently a drunken fellow by the name of John Pocahontas Smith.) The building was bought by the People's First Baptist Church in 1976, and services were held here for three decades until the pastor died in 2006. Now his widow is looking to raise the funds necessary to renovate the dilapidated structure and turn it into a home for battered women, military veterans, and teenagers transitioning out of foster care.