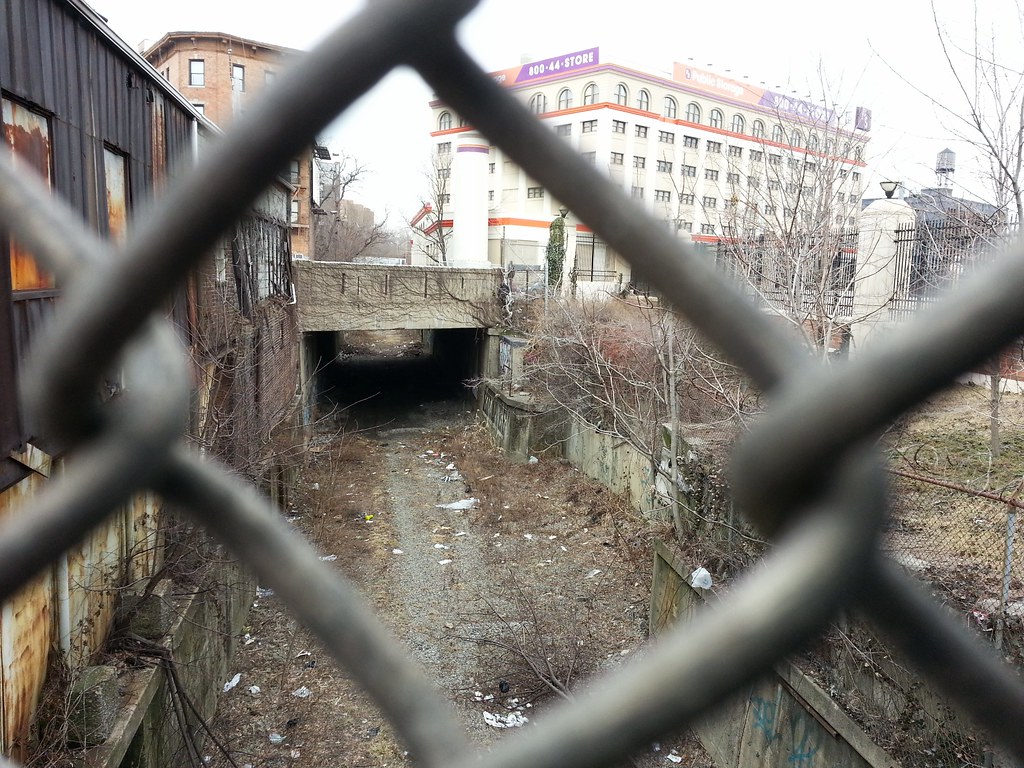 Built in the mid-1800s, this former rail line had become "a combination dumping ground and open sewer" by the latter part of the 20th century. The few trains that still traveled the line in those days apparently had to be outfitted with snowplows to clear the tracks of potentially damaging debris. In 2009, the city pumped out 625,000 gallons of standing water from a mile-long stretch, and removed 45 tons of garbage. The rails are now gone, as you can tell, but the line still sees some occasional traffic now and then.