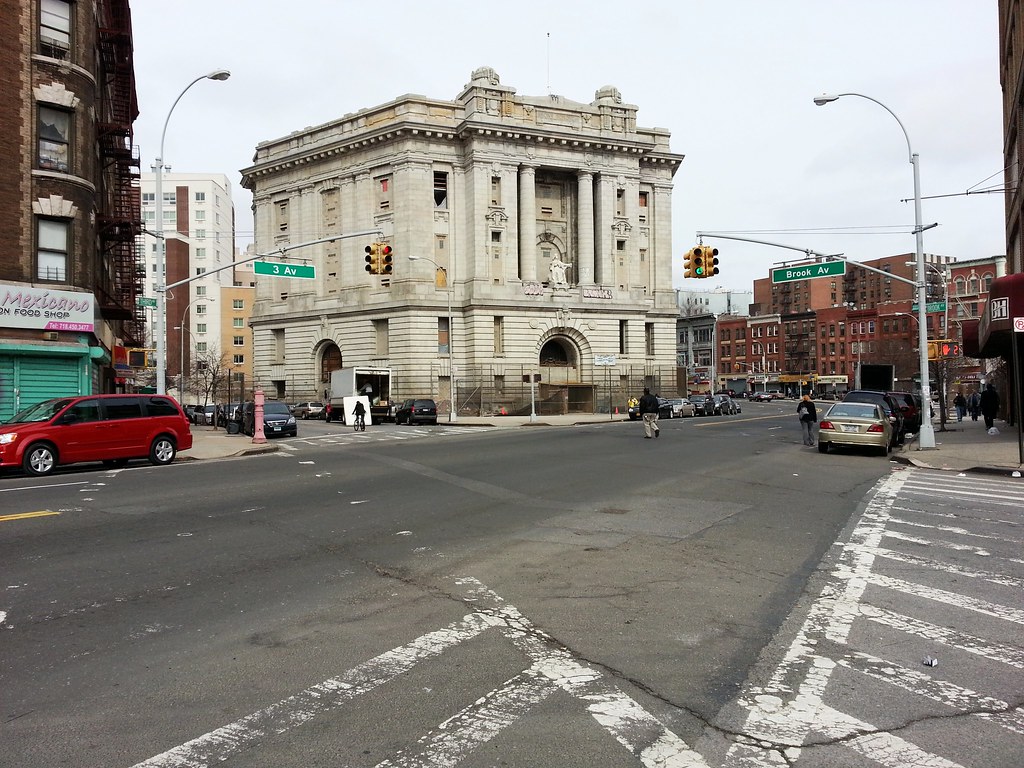 This gorgeous building (closer look) has stood vacant since 1978. There was talk of renovating it and using it as a courthouse again in the late '80s, but nothing came of that. Just a few years ago, it looked like a charter school was going to move in, but those plans seem to have fallen through as well.

The job of designing this courthouse was awarded in 1903 to "a Tammany hack of little knowledge and less repute" by the name of Michael J. Garvin. His original plan was apparently a doozy: the Municipal Art Commission described it as "egregious" and "despicable" before vetoing it. Garvin subsequently hired Oscar Bluemner, an architect and German émigré, to create a new design for him; Garvin then stole all the credit and refused to pay Bluemner, saying: "Ability counts for nothing in politics. If you have the 'pull,' you get the work. I have the 'pull.' " Bluemner sued him and eventually won a portion of what he was owed.

The lengthy litigation and the sleaziness of the whole business left Bluemner so disenchanted that he turned away from architecture, instead focusing his considerable talents on painting. He never achieved much financial success, but his "multifaceted and compelling" creations (you can view some of them here) have stood the test of time. In 2005, the Whitney Museum put on a retrospective of his works, "a thorough reappraisal of Bluemner’s place in the pantheon of key figures of early 20th-century American art."