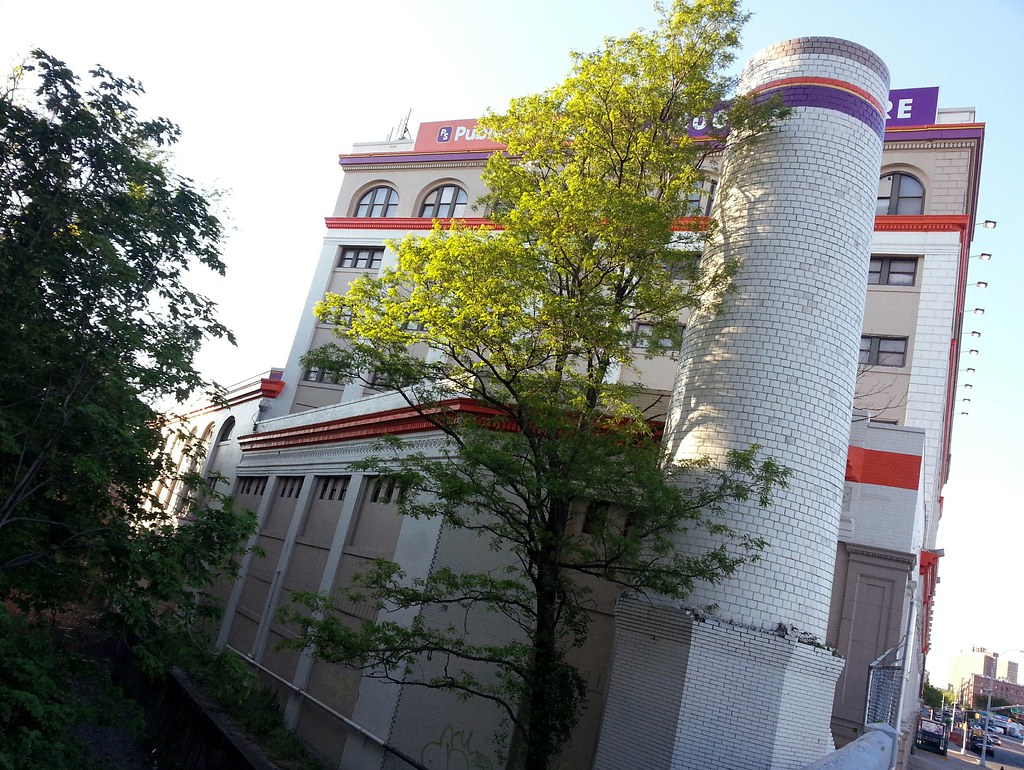 Adjacent to the old Port Morris branch, this former "snow-white temple of bread-making cleanliness" was built by the Ward Baking Company, and, according to Aaron Bobrow-Strain,

along with its twin in [Brooklyn], was the flagship of a revolution in the way the country's single most important staple was produced and sold. . . . At the company's height, Ward's Brooklyn and Bronx factories supplied one in every five bakery loaves eaten in New York City. By the end of the 1920s, the company had extended that power across the entire country, coming astoundingly close to achieving monopoly control over every single sizable bread market in the nation.

Robert and George Ward, brothers and founders of the company, also owned the Brooklyn Tip-Tops (named after Ward's Tip-Top brand of bread), a baseball team in the short-lived Federal League. The Tip-Tops played at Washington Park in Gowanus, previously home to Brooklyn's National League club (the team now known as the Dodgers), in a new stadium built for their inaugural season of 1914. While the stadium has almost entirely vanished at this point, there is still one remaining section of wall, which we saw last year on 3rd Avenue.

(Thanks to Gary Fonville for identifying this building for me.)