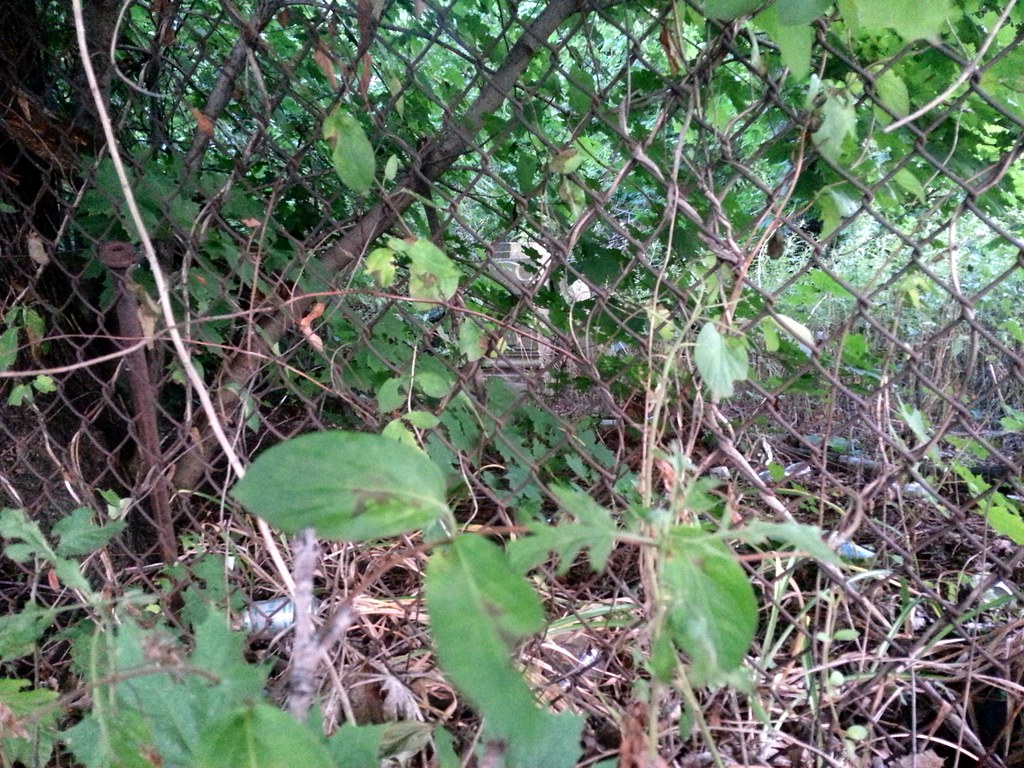 You can sort of see one grave monument hiding amid the vegetation.

The land for this cemetery was donated to the First Methodist Church of Jamaica in 1850, but the earliest date of death on a stone here is 1816; I don't know if this means the lot was already a cemetery when it was given to the church or if some remains were reinterred here later on. Whatever the case, the place has been abandoned for decades and has been ravaged over the years. According to one researcher — although I'm not sure where she got this idea — "There is ample evidence to suggest that Satan worshippers mine the yard for bones." The cemetery was cleaned up by volunteers at least as recently as 2001, but has since become completely overgrown again.