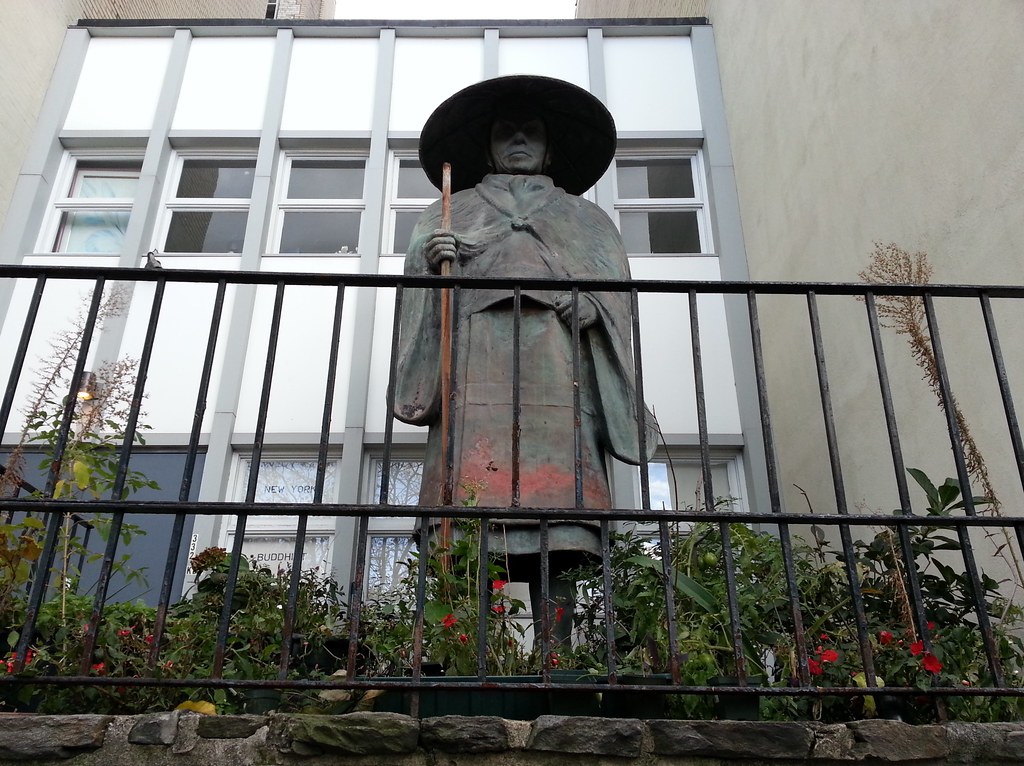 From the NY Times: "One cannot turn away unchastened from the blistered statue of Shinran Shonin outside the New York Buddhist Church on Riverside Drive, a figure of gently imposing nobility that somehow survived the atomic bombing of Hiroshima." (It was standing on a hill about a mile and a half from ground zero when the bomb detonated.) "It is now the focus of an annual peace gathering held on Aug. 5, during which a bell is tolled at 7:15 p.m. At that moment in Japan, it is 8:15 a.m. on Aug. 6, the hour that the bomb dropped."