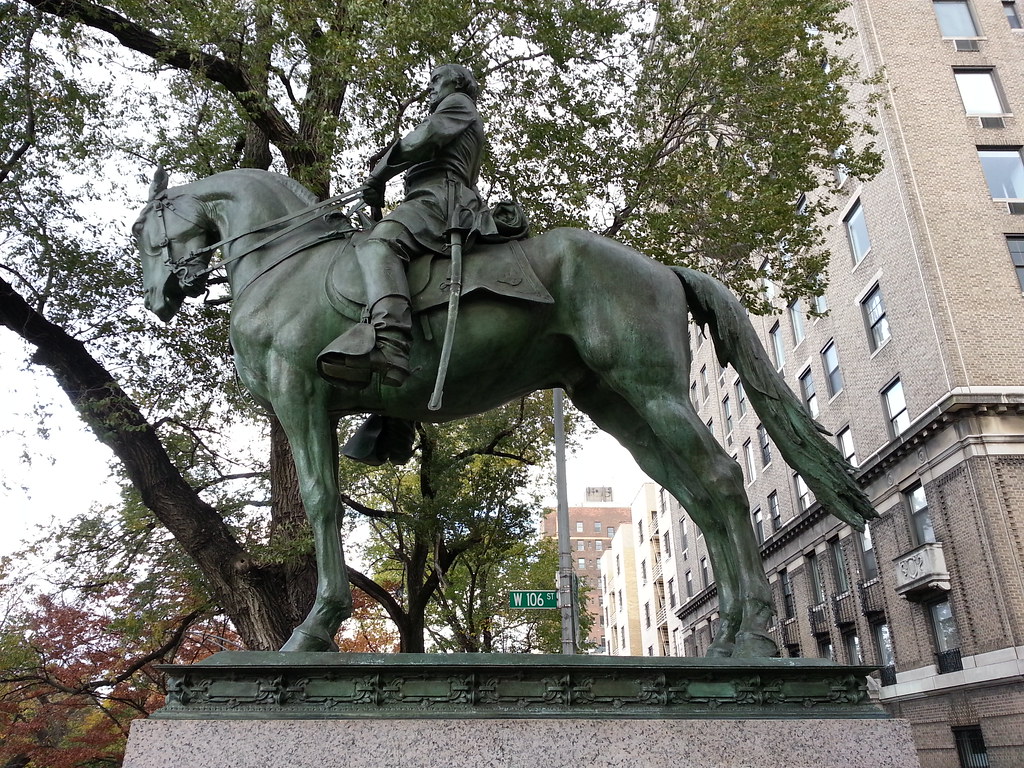 This statue, honoring the German-American Civil War general, was sculpted by old Karl Bitter and was dedicated in 1907. Sigel's sword was held in storage by the Parks Department for more than 60 years after it was detached during an attempted theft in 1941, but it was finally returned during a conservation of the statue in 2004.