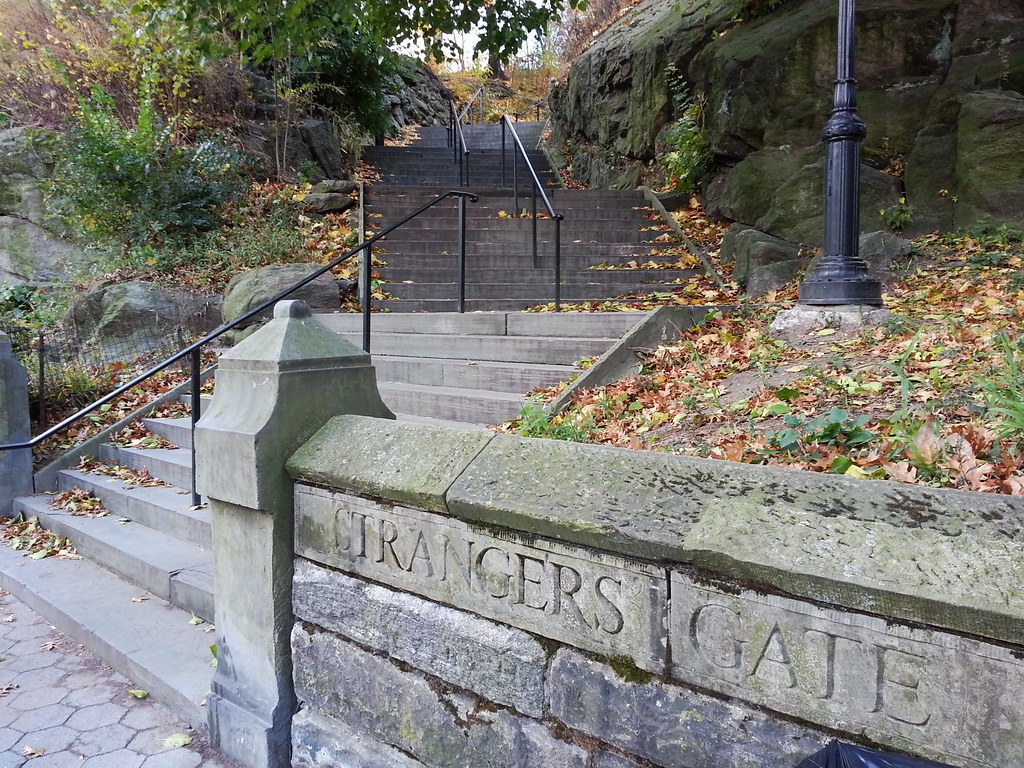 The 18 original main entrances to Central Park have had names since the 1860s, when the park was still under construction, but most of them weren't actually labeled until 1999.

There is no charge for entering the park, and no turnstiles or gatehouses are visible as you walk through the openings in the low stone wall along its borders. But if you look closely, you will see that some entrances have names carved into the sandstone: Scholars' Gate, Hunters' Gate, Explorers' Gate. The gates of Central Park represent one of the last battles fought by Frederick Law Olmsted and Calvert Vaux, the park's designers, to realize their vision of a pastoral escape from the chaos of a rapidly growing metropolis.

By the early 1860's, the nearly completed park was recognized as a masterpiece of landscape architecture. But some people thought the exemplars of high society who frequented the old park drives in their open carriages should be able to pass through tall, European-style gates, gates that reflected their place in the world. Olmsted, for his part, declared that "an iron railing always means thieves outside or bedlam inside," and he was outraged by this attempt to go against the park's original design. . . .

As Vaux put it at the time: "How fine it would be to have no gates."