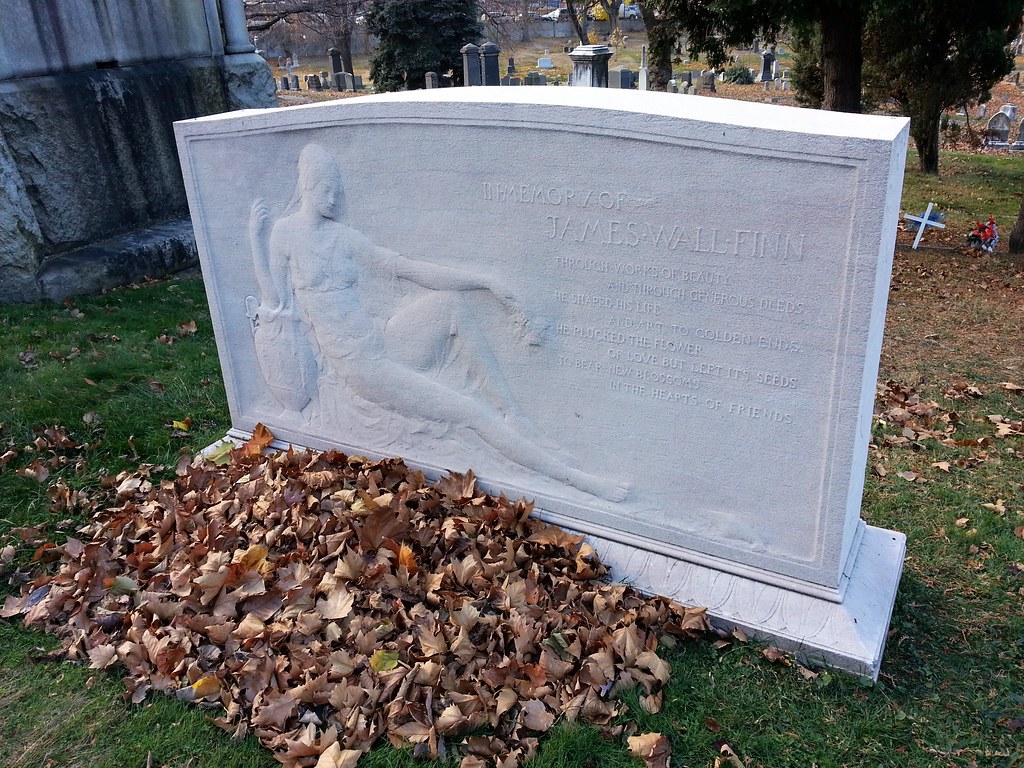 IN MEMORY OF
JAMES WALL FINN

THROUGH WORKS OF BEAUTY
AND THROUGH GENEROUS DEEDS,
HE SHAPED HIS LIFE
AND ART TO GOLDEN ENDS.
HE PLUCKED THE FLOWER
OF LOVE BUT LEFT ITS SEEDS
TO BEAR NEW BLOSSOMS
IN THE HEARTS OF FRIENDS.

James Wall Finn was a Tiffany Studios artist, and his headstone is the work of Frederick MacMonnies, who was almost buried here at Green-Wood himself: his grave had already been dug when his wife decided at the last minute to have him interred elsewhere. MacMonnies also sculpted the semi-controversial Civic Virtue, which has been moved from its former spot outside Queens Borough Hall since we last saw it. Where did it end up? Here at Green-Wood! It was only after the cemetery's initial failed attempt to acquire Civic Virtue from the city in 2011 that Green-Wood's president discovered, through a chance encounter with a MacMonnies expert, that Finn's stone is also a MacMonnies creation!