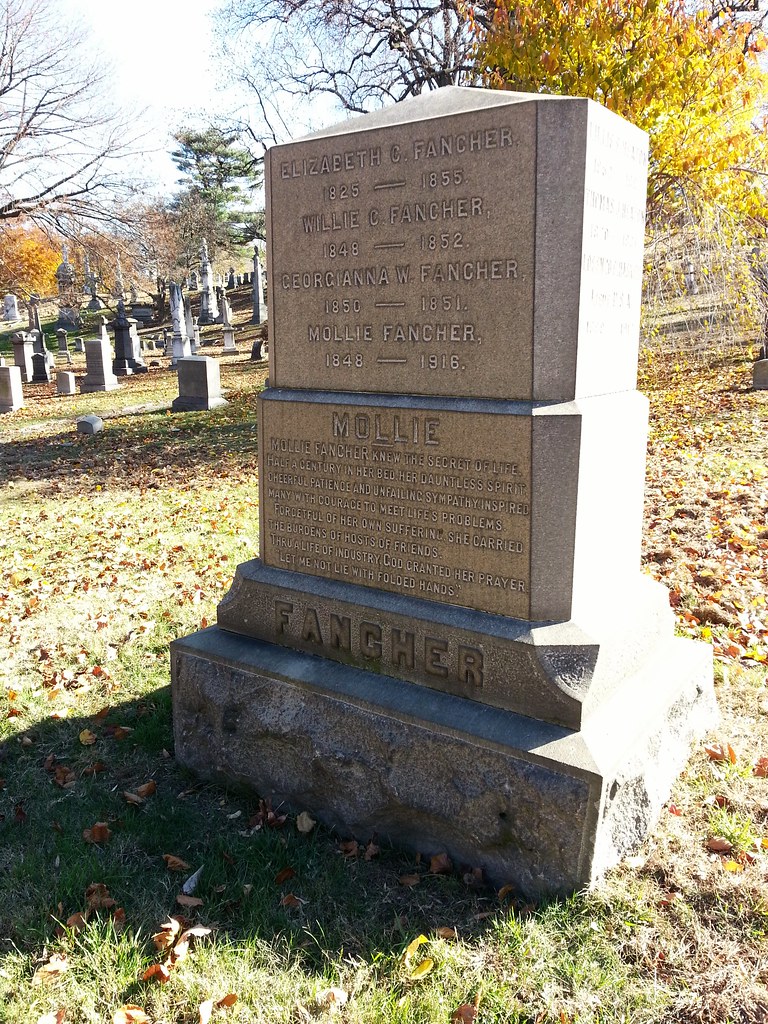 After falling from a horse-drawn streetcar as a teenager in 1865 and being dragged behind it for almost a block, losing consciousness, Ms. Fancher spent the remaining 50 years of her life confined inside her home, where she became "hugely famous" as the "Brooklyn Enigma". According to a Salon review of a book about her:

Mollie fell into a trance (an elaborate escape, perhaps, from her physician’s ineptitude?) that lasted for nine years. But she was hardly comatose. Indeed, she was a regular Martha Stewart. While in her altered state she "wrote more than six thousand five hundred letters, worked up one hundred thousand ounces of worsted, did a vast amount of fine embroidery, and constructed a great number of decorative wax-work flowers and leaves." Meanwhile, she started communing with the dead, having out-of-body experiences, "seeing" with her forehead and her fingertips rather than with her eyes and channeling five "other Mollies" — named Sunbeam, Idol, Rosebud, Pearl and Ruby. But Mollie's real claim to fame was her astonishingly meager diet. To the end, Mollie and her caretakers maintained that for 12 years she ate nothing more than four teaspoons of milk, two teaspoons of wine, one small banana and one cracker. The very picture of Victorian refinement, she "lived on air."

(Other accounts I've read offer some conflicting details, but the gist of the story is always the same.)