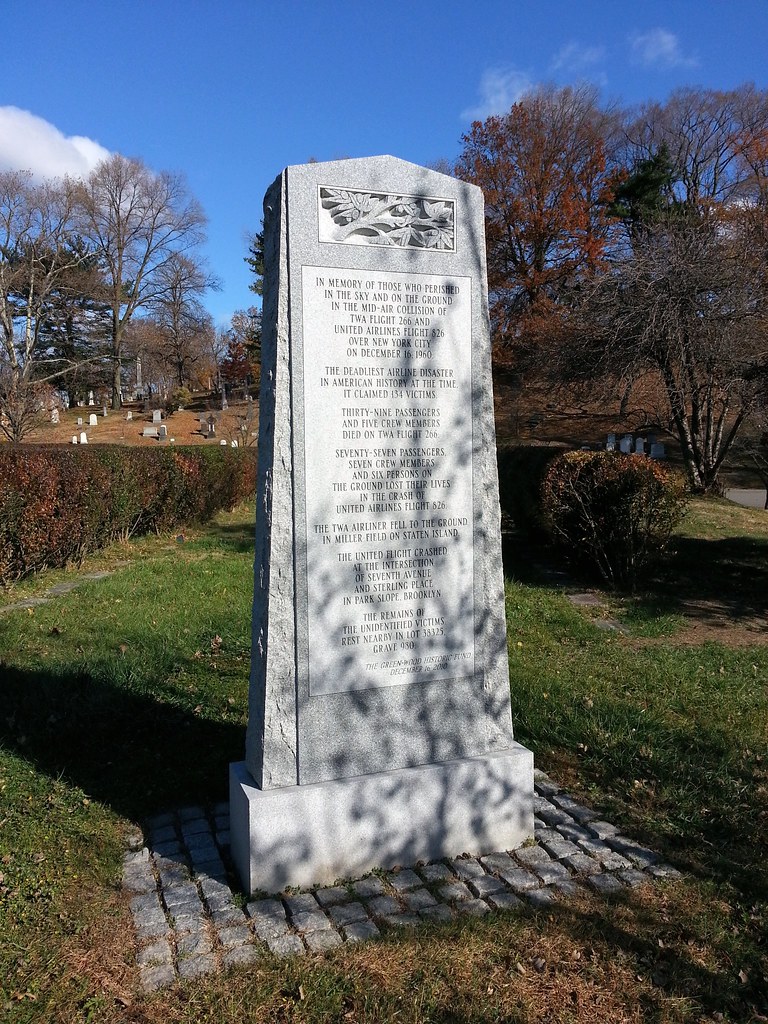 Back in October, we learned about "what is commonly known as the Park Slope plane crash, a 1960 mid-air collision of two airliners that sent one hurtling into Park Slope [in Brooklyn] and the other into Miller Army Airfield in Staten Island, killing all 128 people aboard, as well as 6 people on the ground in Park Slope." It was the deadliest accident in aviation history at the time it occurred.

In August 2010, just a few months shy of the 50th anniversary of this tragedy, the archivist here at Green-Wood discovered that United Airlines (one of the airlines involved in the collision) had purchased a plot in the cemetery about three weeks after the crash and had interred three caskets of unidentified human remains in an unmarked grave. After learning of this, the cemetery staff managed to design and construct a memorial near the grave site in time for the 50th anniversary that December, consisting of "a grove of one hundred Quaking Aspen trees, alcoves, benches, and a path" (photo), as well as the monument above.